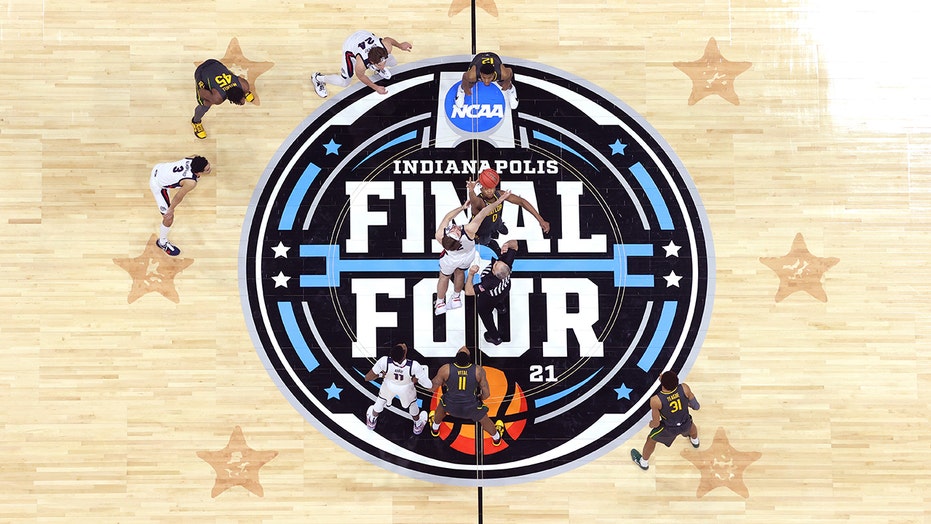 March Madness arguably ranks a close second to the Super Bowl when it comes to major sporting events fans bet on most.

The NCAA men’s basketball Final Four will take place at the Caesars Superdome in New Orleans Saturday with the national championship game played Monday. Caesars and Caesars Sportsbook will have some interesting experiences for fans at their properties – Harrah’s New Orleans and Horseshoe Bossier City – over the weekend in the Big Easy. 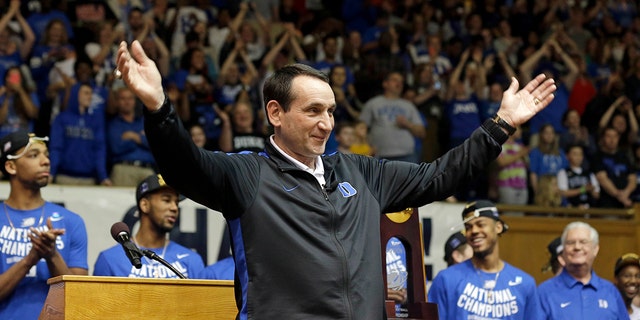 “It’s like Christmas. Those first four days — Thursday, Friday, Saturday and Sunday — I mean, the line to get into the (sportsbook) is absolutely packed,” Wingo said. “Outside of any NFL Sunday, and obviously the Super Bowl, the first two rounds of the tournament are by far one of the biggest weeks of the entire year.”

This year’s Final Four will feature some of the NCAA’s top programs. The marquee matchup will be the rivalry between Duke and North Carolina in their first-ever meeting in the tournament, while Kansas and Villanova will battle for the right to play in the national championship.

“This is the only Final Four in NCAA history where every single team represented has won multiple championships, and they’ve all won at least three,” Wingo said. “North Carolina has six, Duke has five and Kansas and Villanova each have three. Based on title pedigree alone, it’s the greatest Final Four we’ve ever seen. 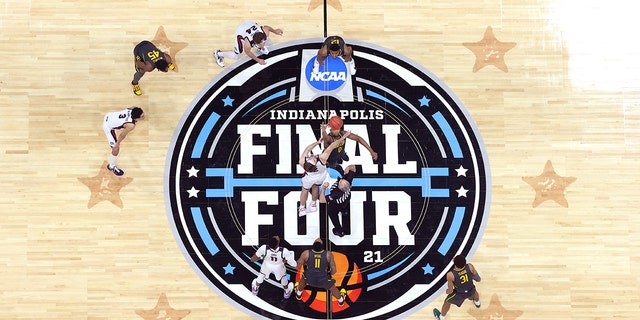 INDIANAPOLIS, INDIANA – APRIL 05: Drew Timme #2 of the Gonzaga Bulldogs and Flo Thamba #0 of the Baylor Bears compete for the opening tip-off in the National Championship game of the 2021 NCAA Men’s Basketball Tournament at Lucas Oil Stadium on April 05, 2021 in Indianapolis, Indiana.
(Andy Lyons/Getty Images)

“Then, you throw in the fact these four teams have literally won half of the last 16 NCAA Tournaments. That’s another thing. All four of these programs, by the way, have the top five winning percentages in the tournament. And if that wasn’t enough, then you have the first-ever NCAA Tournament meeting between Duke and North Carolina in their 258 showdowns. I mean, you can’t script this.”

Wingo noted just how intertwined the four teams are.

“Here’s another one that’s crazy. Only one other time did Duke and North Carolina make it to the same Final Four. That was in 1991. Duke beat UNLV 79-77 in one semi, and North Carolina lost to Kansas. Duke beat Kansas for (coach Mike Krzyzewski) and Duke’s first-ever NCAA championship,” Wingo said. 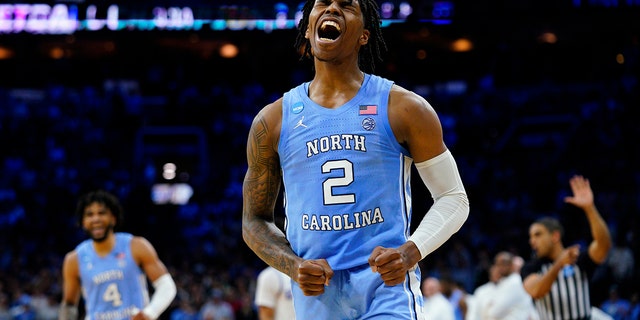 North Carolina’s Caleb Love reacts during the second half of a game against UCLA in the Sweet 16 of the NCAA tournament March 25, 2022, in Philadelphia.
(AP Photo/Chris Szagola)

“Well, what’s lost in all that is the best player on the North Carolina squad that year scored 25 points in that national semifinals whose name is Hubert Davis, who just now happens to be North Carolina’s head coach who is trying to stop Duke and Mike Krzyzewski from matching North Carolina’s win total in championships at six.

“If you sent this to a Hollywood screenwriter, they’d say this is too obvious.”

When it comes down to who takes home the national championship, Wingo told Fox News Digital he thinks it’ll be a storybook ending for Krzyzewski and Duke facing Kansas. 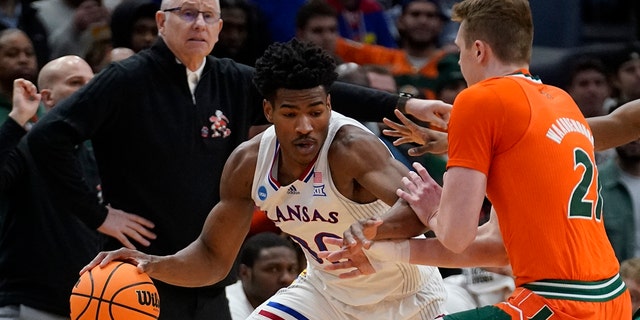 Kansas’ Ochai Agbaji tries to get past Miami’s Sam Waardenburg during the first half of a game in the Elite Eight of the NCAA tournament March 27, 2022, in Chicago.
(AP Photo/Nam Y. Huh)

“Now, think about it this way: We have a scenario, if that plays out, a reunion of the 1991 national championship — Duke against Kansas — which was Krzyzewski’s first NCAA championship, and then it would end up being his last.”

It’s the first time the Final Four will be at the Superdome since Caesars become its sponsor. The last time the games were played there was in 2012 when it was called the Mercedes-Benz Superdome. Kentucky beat Kansas in that game. 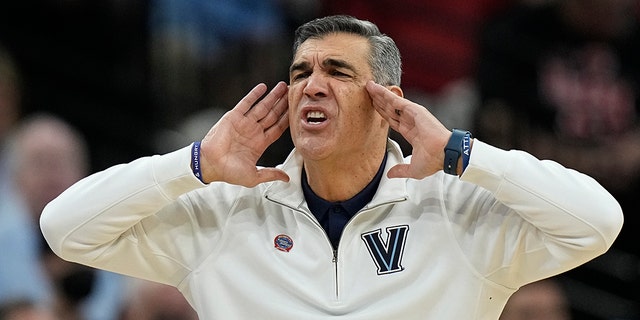 Villanova head coach Jay Wright yells during the first half of a game against Houston in the Elite Eight of the NCAA tournament March 26, 2022, in San Antonio.
(AP Photo/Eric Gay)

Wingo said fans can also experience other VIP events, and sports personality Rachel DeMita is set to shoot a couple episodes of the web series “Over/Under.”