THREE people made me who I am today.

My mum, Emma Deeney, the strongest person I know. 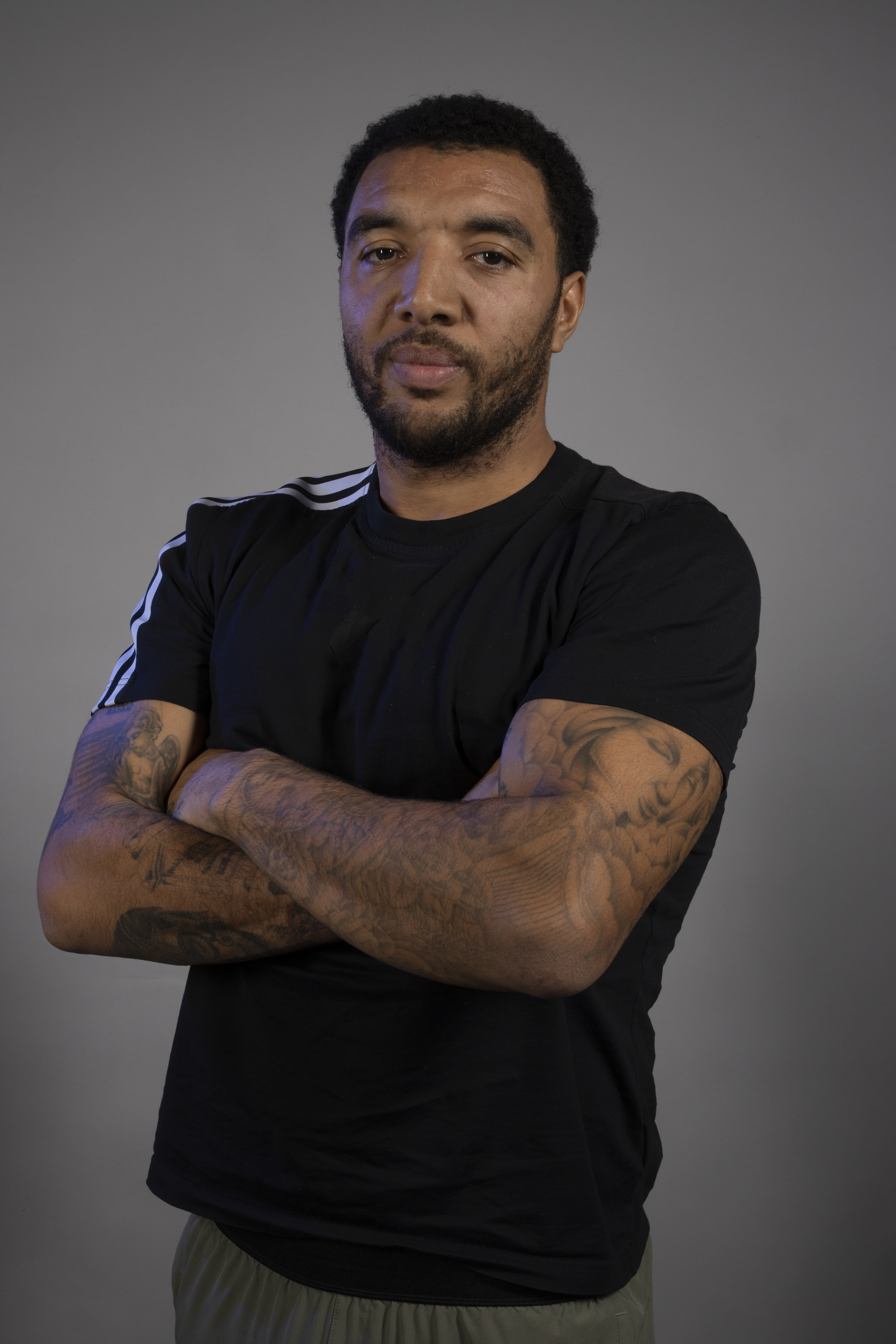 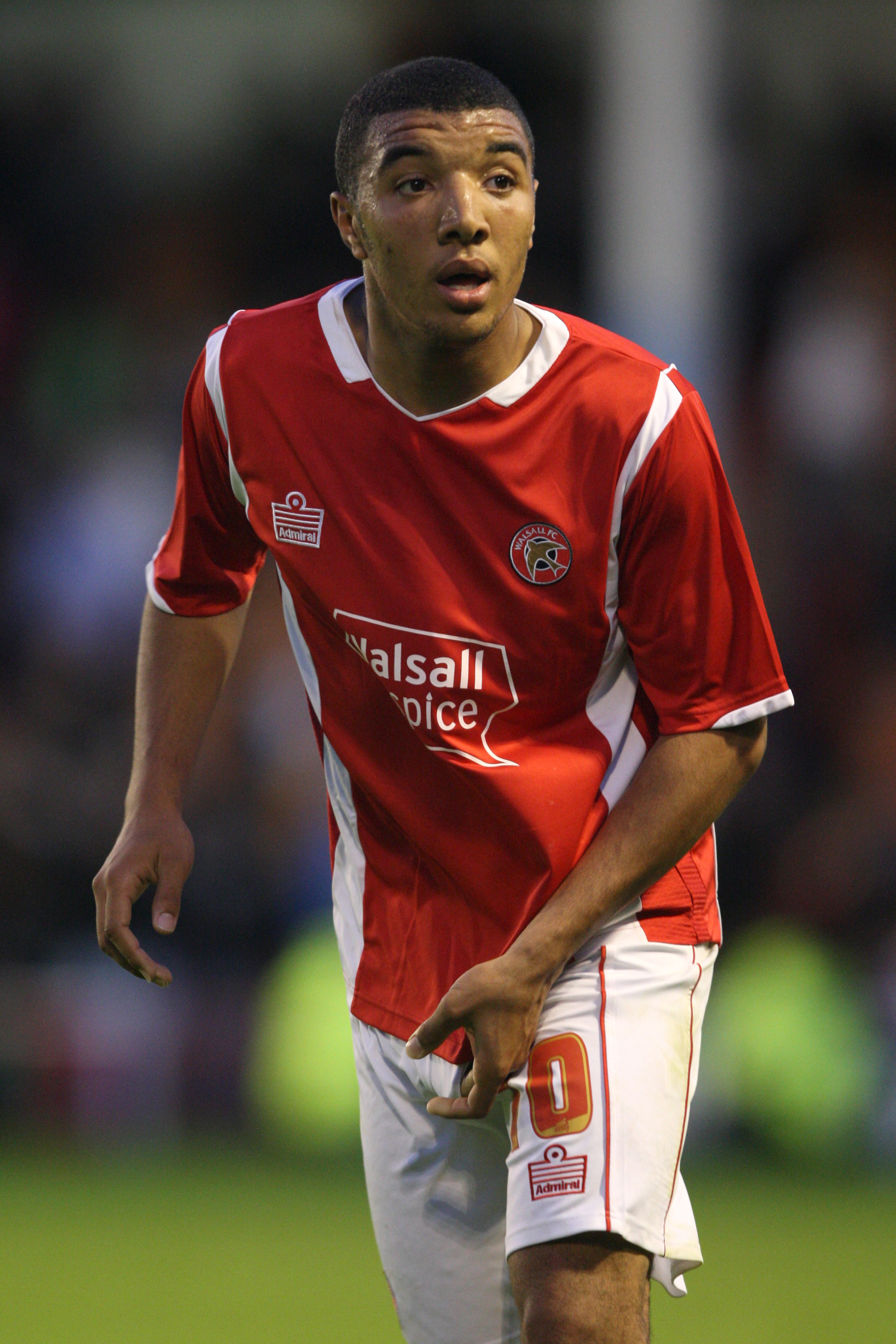 My dad, Paul Anthony Burke, who decided I take my mum’s surname because of his reputation around Birmingham.

Even though my dad could be ­violent and abusive towards me and Mum and was in and out of jail most of his life, he looked after me, taught me how to be a man, how to play football and I knew he loved me and I loved him.

Colin Hemmings is my biological father.

He left me and Mum when I was a baby and I’ve had very little to do with him since.

Until recently, just hearing his name made me feel angry.

Rejection like that leaves a mark on a kid and on a man — and I’ve been trying to deal with it most of my life.

In the period of my life when I drank too much, a decade or so ago, I thought I drank because I couldn’t deal with death

But the root of my unhappiness actually came a lot ­earlier.

I think of Colin Hemmings as a sperm donor. Nothing more.

That was the only contribution he made to my life.

And when my father passed away, from cancer at 47, who was the DJ at his wake? Colin Hemmings.

It was incredibly weird.

He came up to me a couple of times and I was thinking, “This is really not the time.”

A lot of things I’ve done are because of rejection.

I put this hard mask on, this tough guy who fights and brawls and went to prison and says the Arsenal players don’t have “cojones”, all because I don’t want to be rejected again.

I am wary of saying I had an unhappy childhood because there were a lot of great things in it, but there was alcohol and there was ­violence.

I was lucky because the man who I will always call “Dad” took care of me when my biological father rejected me.

My dad was also a career ­criminal and, yes, there were ­occasions when he was violent towards Mum and me.

Dad spent his life in and out of jail.

When I was a young player at ­Walsall, Dad came to watch me play at Northampton Town.

My dad could be ­violent and abusive towards me and Mum and was in and out of jail most of his life, he looked after me, taught me how to be a man, how to play football and I knew he loved me and I loved him.

When I came out of the ground he was waiting for me in a blue Mercedes.

I knew he didn’t have a blue Mercedes.

I assumed the Mercedes was ­“borrowed” but I got in and we set off down the M1.

He had the music turned up loud and everything was cool and we chatted about the game.

Then we stopped to get ­petrol. The music went off and I heard this banging coming from behind.

“Don’t worry about that,” he said.

He mentioned the name of a bloke who was a small-time drug dealer on the estate, Chelmsley Wood, eight miles east of Birmingham city centre.

“He owes my pal some money so I’ve taken him on a little journey for the day,” Dad said.

“I’ve fed him and that and he’s fine. We’ll drop him off later and I bet he pays.”

There was me trying to make a career at Walsall and we are driving around with a bloke in the boot of the car.

Rejection like that leaves a mark on a kid and on a man — and I’ve been trying to deal with it most of my life.

To him that was normal.

I’ve seen him referred to as a drug dealer in some of the profiles written about me and maybe he did do a bit of that, but if he did it was only small-time.

He sold knock-off stuff here and there, I think he probably acted as a kind of enforcer for people now and again.

He didn’t care about the law.

He ignored it and then, every so often, it caught up with him.

But, despite everything, he was still my superhero. And he looked after me when I needed it.

When my mum was 17 she worked as a carer at East Birmingham ­Hospital.

There was a social club there and one Friday night a friend persuaded her to go to the disco there. That’s when she met Colin Hemmings.

He was a hospital porter and a part-time DJ. He asked her to a party afterwards.

He already had a baby with someone else but Mum didn’t know that until much later.

After they had been going out for some time, Mum found out she was expecting me, and while she was pregnant he was offered a job as a DJ in Ibiza.

There was me trying to make a career at Walsall and we are driving around with a bloke in the boot of the car.

Mum took me over there to see him for my first birthday but she soon found he had been ­seeing other women so she split up with him.

I have only had two or three encounters with Colin Hemmings in my 33 years. He left my mum when she was 19 to fend for herself. That’s not a man to me.

Has it caused me pain over the years? 100 per cent.

I have spoken to psychologists about how that has impacted my life in regard to my children and why I used to drink so much.

His way of chatting her up was taking her hand, ­putting a Rizla in her palm and making a spliff. Really romantic.

He had only been out of jail for a few weeks after serving time for GBH.

My dad did some bad things.

And he did some bad things to me too but he took me on when my ­biological father didn’t want me.

Mum and Dad stayed together for eight years until eventually Mum had had enough. I don’t think it was the life of crime that wore her down, more the continued absences.

When she tried to end the ­relationship he didn’t take it well.

He looked after me when my biological father rejected me. He was a career criminal and he was violent. But he was still my superhero.

He told her that if she took me and my brother, Ellis, and sister, Sasha, he’d batter her in front of us. We were living at my nan’s in Stechford.

One day, when I was nine, Mum came to pick me up from school but when I came through the gates I realised something was wrong.

Dad was there and he was shouting and yelling. I hurried over to Mum’s car and got in the back seat with Ellis.

She pulled away but Dad jumped in a white van and first tried to block us in then followed us, right on our back bumper the whole way.

As we pulled up outside my nan’s, Dad leaped out of the van, ran over to our car and flung the doors open.

He grabbed me and my brother and sister, marched us over to the van and locked us inside it.

All we could do was stare out of the window at what was unfolding.

Mum told me some of the rest. Dad jumped into her car and threatened her.

He thought she had been laughing at him at the school. She had been smiling to a friend.

Dad put his thumbs in the ­corners of her mouth and started pulling them so it stretched her face. “I’ll give you a f***ing smile,” he said.

“You can have a Joker’s smile.”

Then he got hold of her head and slammed it against the window. Mum’s brother, Uncle David, came out and remonstrated with Dad.

He got out of the car and fronted up to Uncle David, who said he didn’t want to fight him.

He grabbed me and my brother and sister, marched us over to the van and locked us inside it.

He got my mum and walked her to the house.

It was a traumatic time for all of us.

The council allocated us a new house.

Mum was terrified Dad would find out where. We kept it a secret.

About six months after they split, she went out with someone else.

I stayed over at Nan’s with Ellis and Sasha.

Dad came round in a taxi. He was wired, like he was hopped up on something.

He loaded the three of us into the back. He had somehow managed to find out where we were living.

We pulled up outside our flat.

Mum opened the door and her expression turned to pure fear.

He started going from room to room. “Who were you with last night?” he asked.

“Have you spent the night on your own?”

He called Mum all the names under the sun. I was crying my eyes out.

I told him to calm down but he was out of ­control.

He began flinging punches at my mum.

I tried to get between them and he punched me and knocked me over and hit Mum again.

I got up and he punched me again.

He said to Mum she had to take him back.

Every time she said no, he hit her.

I jumped up, getting in front and he hit me.

That seemed to go on forever. It was mayhem

He picked Sasha up and flung her on a chair. It was mayhem.

A friend of mine knocked on the door. That saved us.

Dad let Mum answer the door but he was ­holding on to her hair to stop her running away.

A woman next door called the police. They arrived quickly.

One of the policemen pushed the door ajar.

Dad slammed the door on his arm.

Loads of police vehicles pulled up outside — two riot vans and four police cars, all for my dad.

They forced their way in and ­wrestled him to the floor.

It was an end of innocence for me. It destroyed my relationship with my dad for a few years.

I forgave him for it but I never forgot.

The first time he came to our house after he had beaten us up, I p***ed myself because I was so ­frightened.

A year or so later I was chasing some kid because we’d had an argument.

He climbed up on to a shed. As I was pulling myself up he kicked me in the face and I went flying backwards and landed hard on my elbow.

I was in hospital for a week and every time I woke up Dad was ­sitting in the chair by my bed.

He was there with me constantly.

All the other stuff had gone because when I needed him most he was there.

It was a strange dynamic. It’s probably why I’m so messed up now. 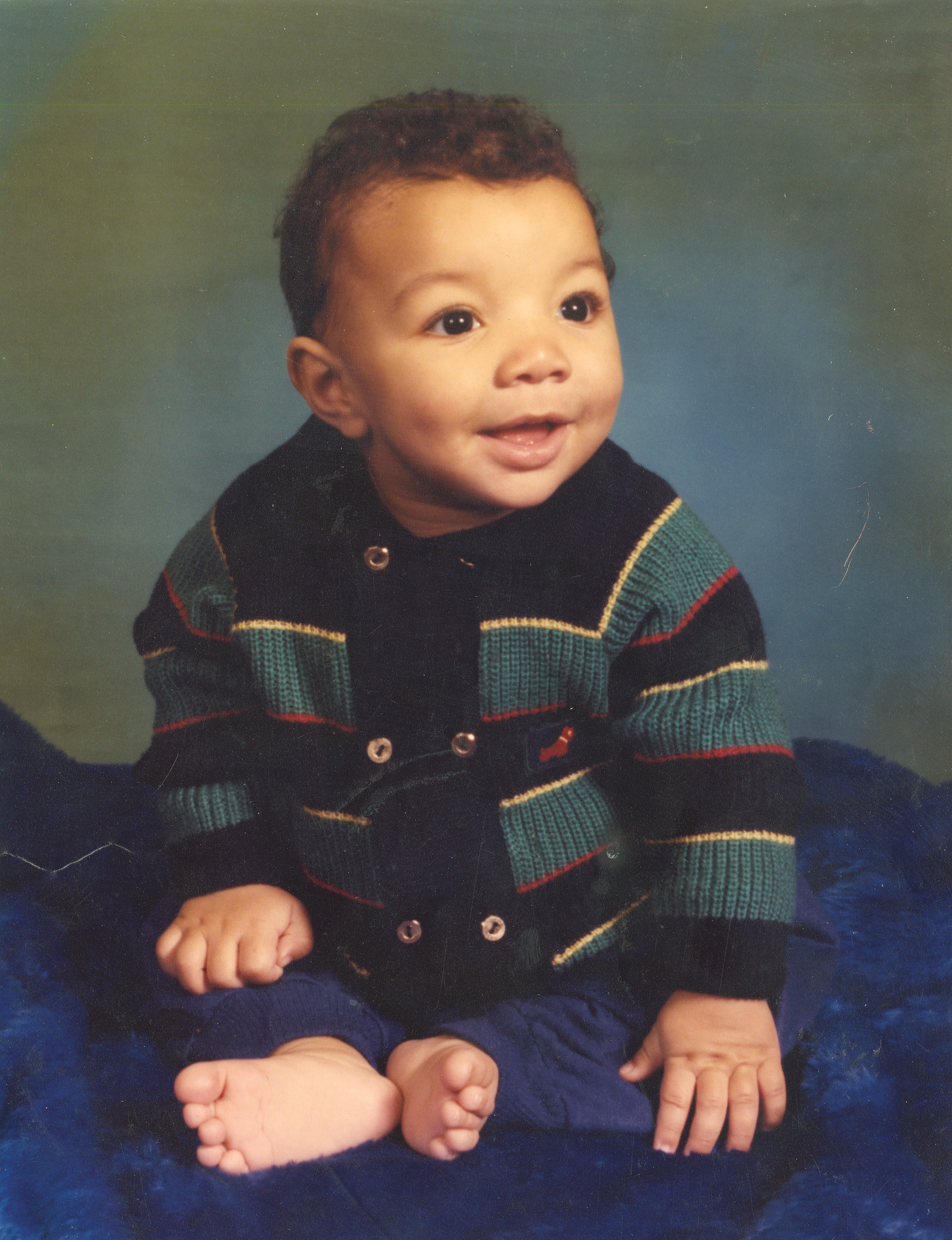 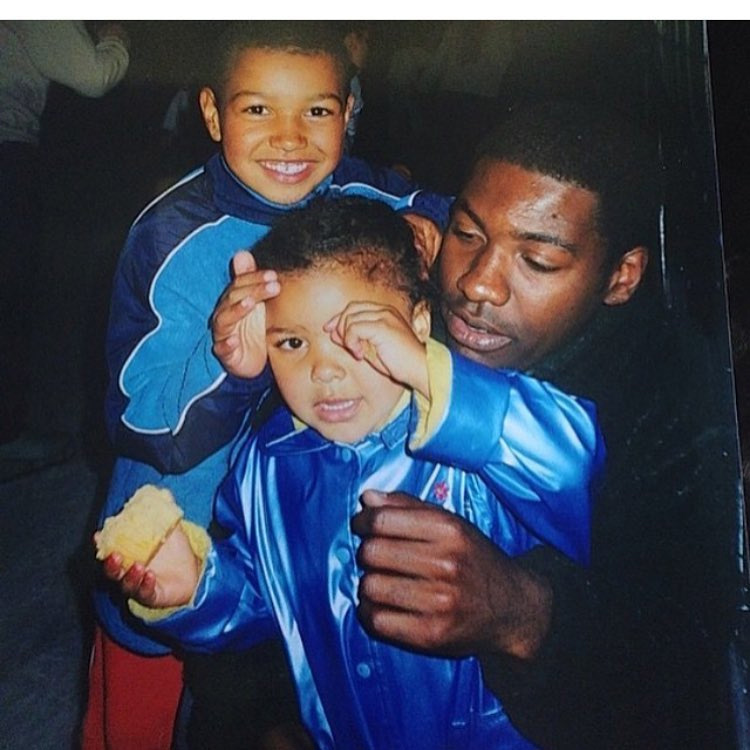 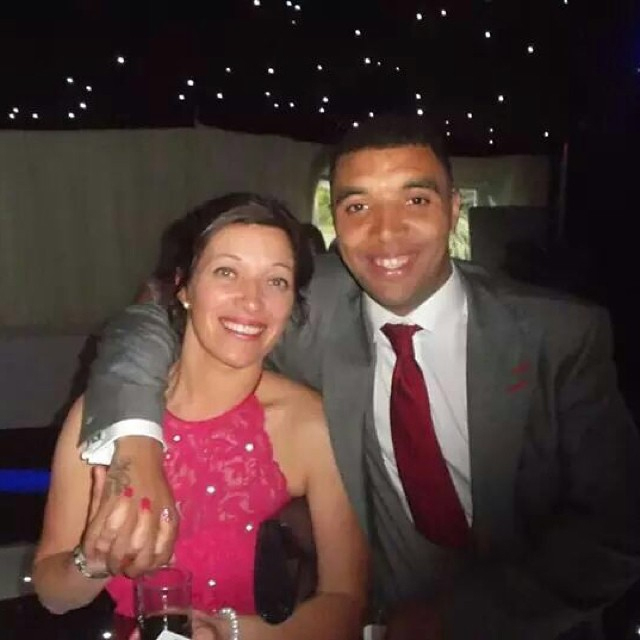 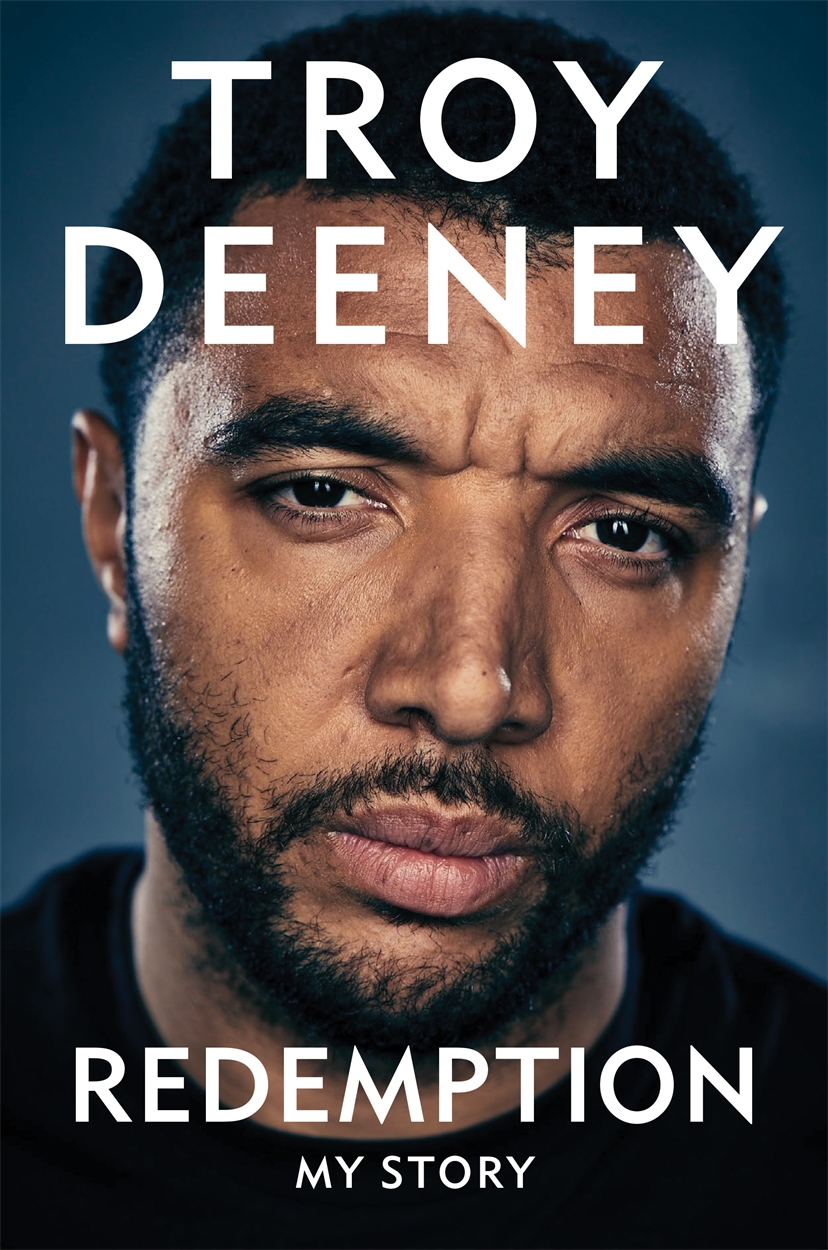