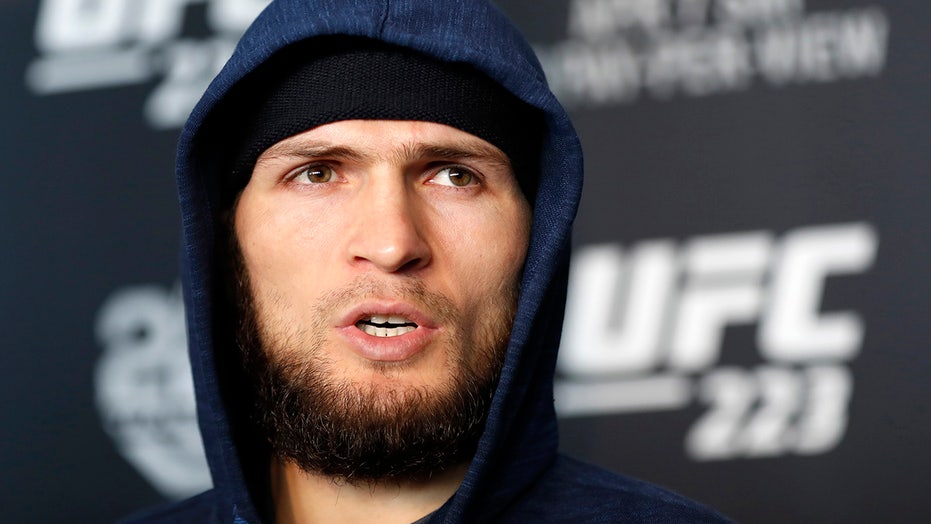 France has come under a spate of recent attacks over the republication of caricatures of the Prophet Muhammad by Charlie Hebdo. Macron put France on its highest level of alert last week, following the stabbing deaths of three churchgoers in Nice.

Macron said France was “under attack.”

“If we are under attack, it’s because of our values, our taste for freedom, the ability on our soil to have freedom of belief,” he said. “And I say it with clarity again today: We will not give any ground.”

Nurmagomedov, one of the most prominent professional athletes in the Muslim world, took issue with Macron’s statements and posted a picture of the president with a boot mark across his face on social media. 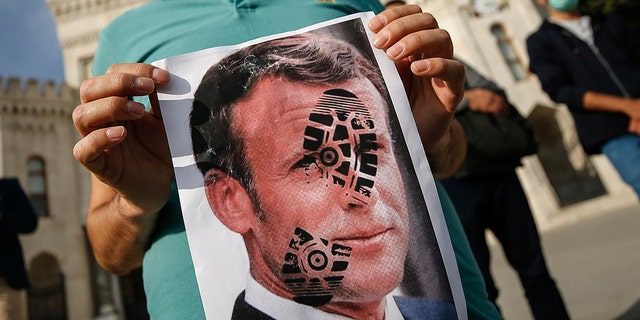 Nurmagomedov shared a picture of the president with a boot mark across his face on social media. (AP Photo/Emrah Gurel)

“May the Almighty disfigure the face of this scum and all his followers, who, under the slogan of freedom of speech, offend the feelings of more than one and a half billion Muslim believers. May the Almighty humiliate them in this life, and in the next. Allah is quick in calculation and you will see it,” the recently retired UFC star wrote.

“We are Muslims, we love our Prophet Muhammad (peace and blessings of Allah be upon him) more than our mothers, fathers, children, wives and all other people close to our hearts. Believe me, these provocations will come back to them, the end is always for the God-fearing."

He also wrote a passage from the Quran, which read: “Surely those who offend Allah and His Messenger are condemned by Allah in this world and the Hereafter. And He has prepared for them a humiliating punishment.”

Nurmagomedov has been the biggest athlete to come out against Macron. He announced his retirement from the sport in October after defeating Justin Gaethje to move to 29-0 in his MMA career.