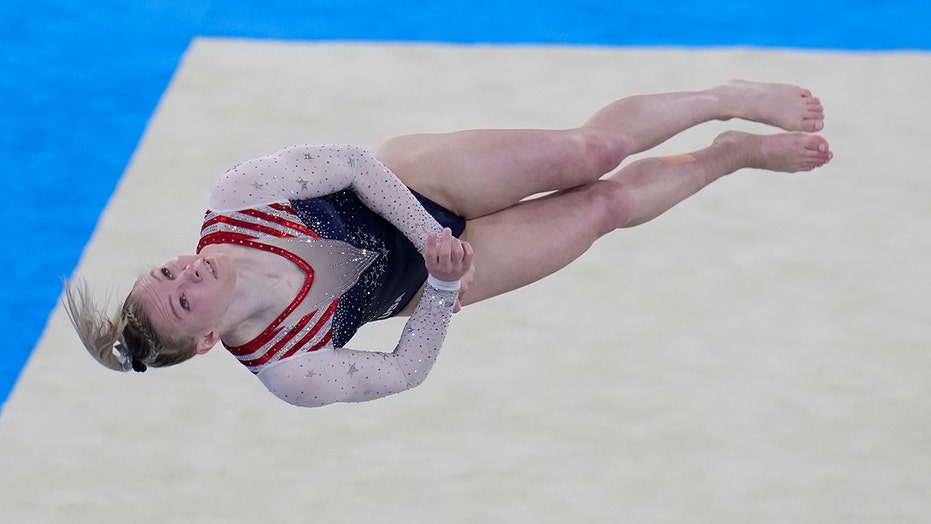 Jade Carey is the latest U.S. Olympic gymnast to win a gold medal.

The 21-year-old put on a phenomenal performance during the floor routine final and finished with a score of 14.366 to win her first individual gold medal.

She finished ahead of Italy’s Vanessa Ferrari (14.200). Japan’s Mai Murakami and Russian Olympic Committee’s Angelina Melnikova tied for a bronze medal with a score of 14.166.

The medal is the fifth from the U.S. women’s gymnastics team while star Simone Biles sits on the sidelines to focus on her mental health.

Carey had competed in the individual all-around last week, stepping in for Biles, who had dropped out of the event. She finished in eighth place in the event, but her 13.966 was among the best in the floor routine category. Melnikova had the same score as Carey. Murakami finished with a 14.000.

Suni Lee won gold in the individual all-around and followed that up with a bronze medal in the uneven bars. MyKayla Skinner subbed in for Biles in the vault competition and won silver.

“We are so excited to confirm that you will see two U.S. athletes in the balance beam final tomorrow – Suni Lee AND Simone Biles!! Can’t wait to watch you both!” the organization tweeted Monday.