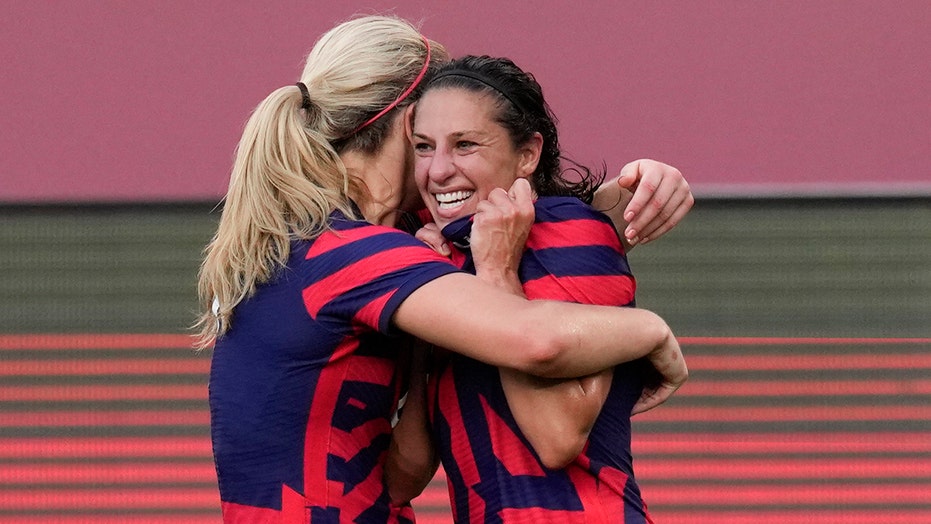 The U.S. women’s soccer team won the bronze medal at the Tokyo Olympics on Thursday, holding off Australia 4-3.

Megan Rapinoe scored two goals and Carli Lloyd added to her own U.S. Olympic record with two goals of her own. Rapinoe and Lloyd were all the U.S. needed.

Rapinoe’s first goal came in the eighth minute of the match. She scored on an impressive corner kick that she was able to bend around Australian goalkeeper Teagan Micah.

About 13 minutes later, Rapinoe capitalized on an Australia error and delivered a laser beam into the back of the net.

Lloyd scored right before the end of the first half and then again right after the start of the second half.

She became the first U.S. women’s soccer player to score in four different Olympics. It was the 10th Olympic goal for Lloyd, breaking a record previously held by Abby Wambach.

Australian soccer legend Sam Kerr tied the match in the first half with a goal of her own in the 17th minute. Caitlin Foord and Emily Gielnik had the other two goals for Australia.