USA vs Wales LIVE: Yunus Musah becomes the first teenager to start a World Cup game for the US as Gregg Berhalter goes full strength for opener… while Gareth Bale starts for the opposition

Follow Sportsmail’s live blog for the World Cup Group B clash between USA and Wales.

Berhalter has named his 11 and the USA players have taken to the field at Al Rayyan Stadium to warm up. They’ll be led by 23-year-old (!) captain Tyler Adams. 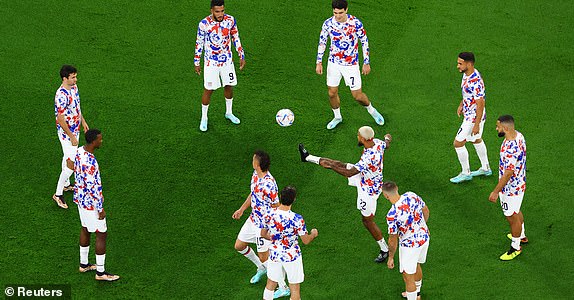 Weah has been named on the right of a front three featuring Christian Pulisic and Josh Sargent, and looks stylish before kick off/

What a moment for Gareth Bale a newly-blonde Aaron Ramsey, about to take part in their first World Cup match. 45 minutes until kick off. 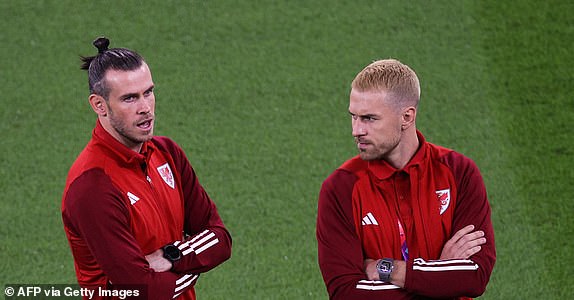 Neither Rob Page nor Gregg Berhalter made a huge amount of surprising calls, but of course, some players will feel hard done by their selections. Brenden Aaronson and Gio Reyna are considered two of the team’s top talents, but settle for spots on the bench. Jesus Ferreira may also feel unlucky after a decent run as the team’s starting striker of late.

On the Welsh side, Kieffer Moore will have hoped to start up front after some decent form for Bournemouth this season.

As announced before the game, Wales’ opener came too early for Allen, while Dest and McKennie were able to beat fitness concerns to make the starting XI. It looks like it’ll be Aaron Ramsey, Harry Wilson and Ethan Ampadu in the center for the Welsh.

The USMNT won’t kick off until 10pm local time, and it looks like that late-night atmosphere has spilled into the team’s support. They’ll be hoping they have more to celebrate during the game. 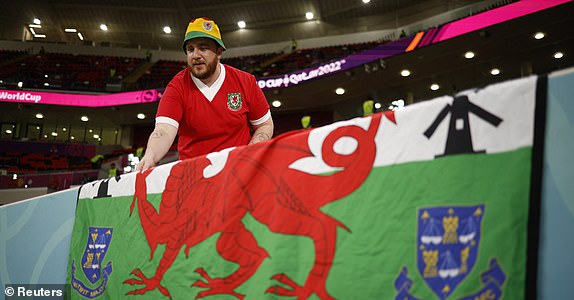 Less than two hours until kickoff now and USA fans are already started to pile into the stadium. This one certainly looks full of hope beforehand. 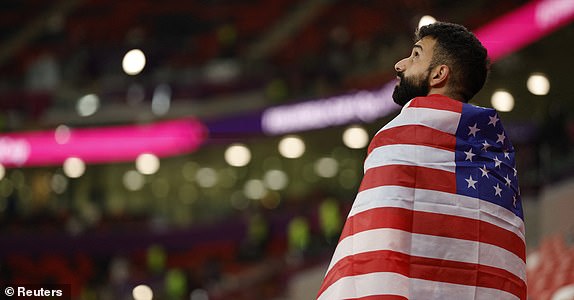 We’ve had the USWNT, Coach Beard and even President Biden offer up words of encouragement to the US men. Now we can add rapper Jack Harlow to that list, as he’s done the voiceover for a hype video released on the official USMNT account. Who knows, he just might name another song after a ‘Tyler’ if they impress.

The wait is nearly over.

Blinken will be holding diplomatic talks with authorities in Qatar, and his visit is part of a strategic dialogue with Qatar, home to a US air base

American journalist Grant Wahl is onsite for the USMNT-Wales game at Al-Rayyan Stadium, and has apparently been told he’s not allowed to wear a rainbow-themed shirt – presumably because of the country’s discriminatory LBGTQ+ laws. A disheartening development before what should be a great game.

Just now: Security guard refusing to let me into the stadium for USA-Wales. “You have to change your shirt. It’s not allowed.” pic.twitter.com/TvSGThMYq8

While the USMNT have never won a World Cup, the USA women have FOUR to their name. Alex Morgan, Megan Rapinoe and more have offered their well-wishes to the men’s squad ahead of the opener – I’m sure any pointers from them would be useful.

We all know what Gareth Bale can do, but he’ll need help if Wales are to succeed in Qatar. Winger Dan James and striker Kieffer Moore bring Premier League pedigree to the squad, and could trouble the USMNT backline despite not being massive names. For a more detailed rundown of all the Group B squad’s, read our guide below.

Gareth Southgate: "To win by that margin and play the way we did for the majority of the game, really happy… Our pressing was really good, movement really good. I've got to be happy but we shouldn't be conceding 2 goals. We will have to be on it vs #USMNT." #ThreeLions #ENG

Gareth Southgate: "To win by that margin and play the way we did for the majority of the game, really happy… Our pressing was really good, movement really good. I've got to be happy but we shouldn't be conceding 2 goals. We will have to be on it vs #USMNT." #ThreeLions #ENG

Actor Ryan Reynolds may be Canadian by birth, but he’s Welsh by choice. The co-owner of Welsh club Wrexham A.F.C (which plays in England’s national league), he’s delivered a message of encouragement ahead of their match vs. the USA. His (American) co-host Rob McElhenney had more divided loyalties however.

We asked @VancityReynolds to send Wales a good luck message. He and @RMcElhenney sent us this. Legends! 👏😂🏴󠁧󠁢󠁷󠁬󠁳󠁿 pic.twitter.com/UZNGUpooax

Ted Lasso’s Coach Beard has some words of encouragement for the US players:

While the USMNT are the second-youngest team at the tournament ex-player and pundit Alexi Lalas is expecting big things from Gregg Berhalter’s men. We’ll see how this one ages…

While the USA have ended a long wait to return to the world stage, the Welsh have been waiting even longer. It’s their first World Cup appearance since 1958, and star man Gareth Bale has called it ‘history in our country.’ Read more below from Sportsmail’s Ian Herbert:

We’re less than four hours out from the USMNT’s first World Cup appearance in eight years, and we’ve got you covered here for all the buildup. For the US fans out there, here’s a video to get you in the mood. More to come…