ANTHONY Joshua has recorded a stirring message of support for Gareth Southgate’s England team ahead of their crunch Euros final clash with Italy tomorrow. 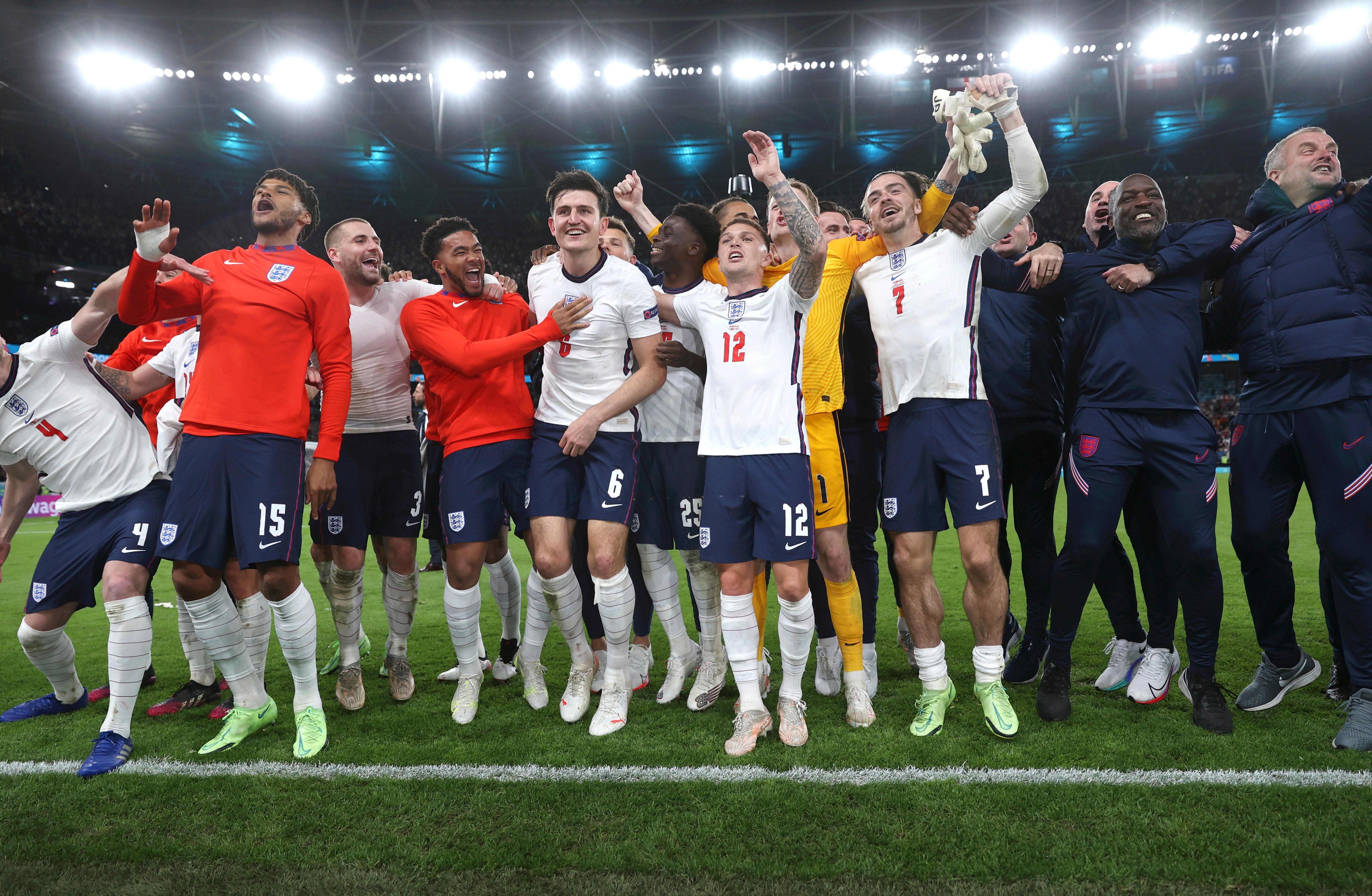 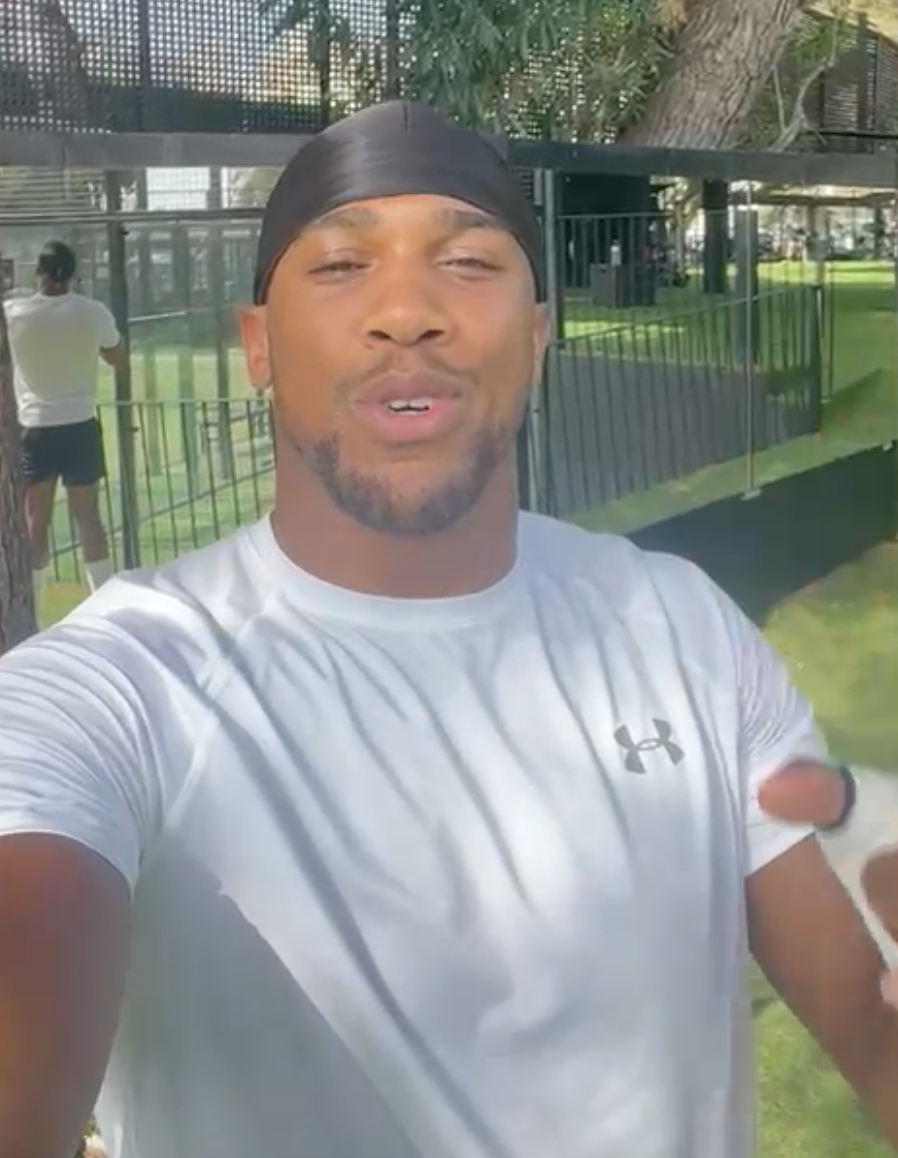 Smiling AJ, 31 – sporting a bandana, training top and boxing wraps on his hands – said: “Boys, what can I say – it's been a Sterling effort so far.

The nation believes you Kane go all the way and I'm sure you will leave everything on the pitch.”

Then, breaking into the England anthem at the end of his message, he added: “Now go out there and do the business – you've got my support and I do believe it's Coming Home.Let’s go."

It comes as Gareth Southgate’s Three Lions prepare to face Italy at Wembley at 8pm tomorrow – in a bid to end a 55-year trophy drought dating back to 1966.

A crowd of 65,000 – set to feature Prince William and Boris Johnson and wife Carrie – will roar on England at Wembley.

And another 35 million viewers will cram into living rooms to watch on TV, in pubs and in fan zones.

The nation will be praying that Southgate’s team – led by captain Harry Kane, 27 – can defeat the Italians to clinch our first Euros trophy and only silverware since the 1966 World Cup.

AJ’s message – sent to the England team via The Sun online – comes days after he celebrated the Three Lions’ 2-1 semi-final win over Denmark on Twitter.

The champ, who has followed games on TV, wrote on Twitter after the tense victory: “sweeeeeetttttt caroline” – in reference to the Wembley anthem.

Fellow boxer Tyson Fury – in America training for a now-postponed fight with Deontay Wilder after testing positive for Covid – chimed in saying: “Immense performance from the lads.”

Their heavyweight rival, Derek Chisora, was in the crowd at Wembley and posted a video of himself celebrating and singing Sweet Caroline with fans. 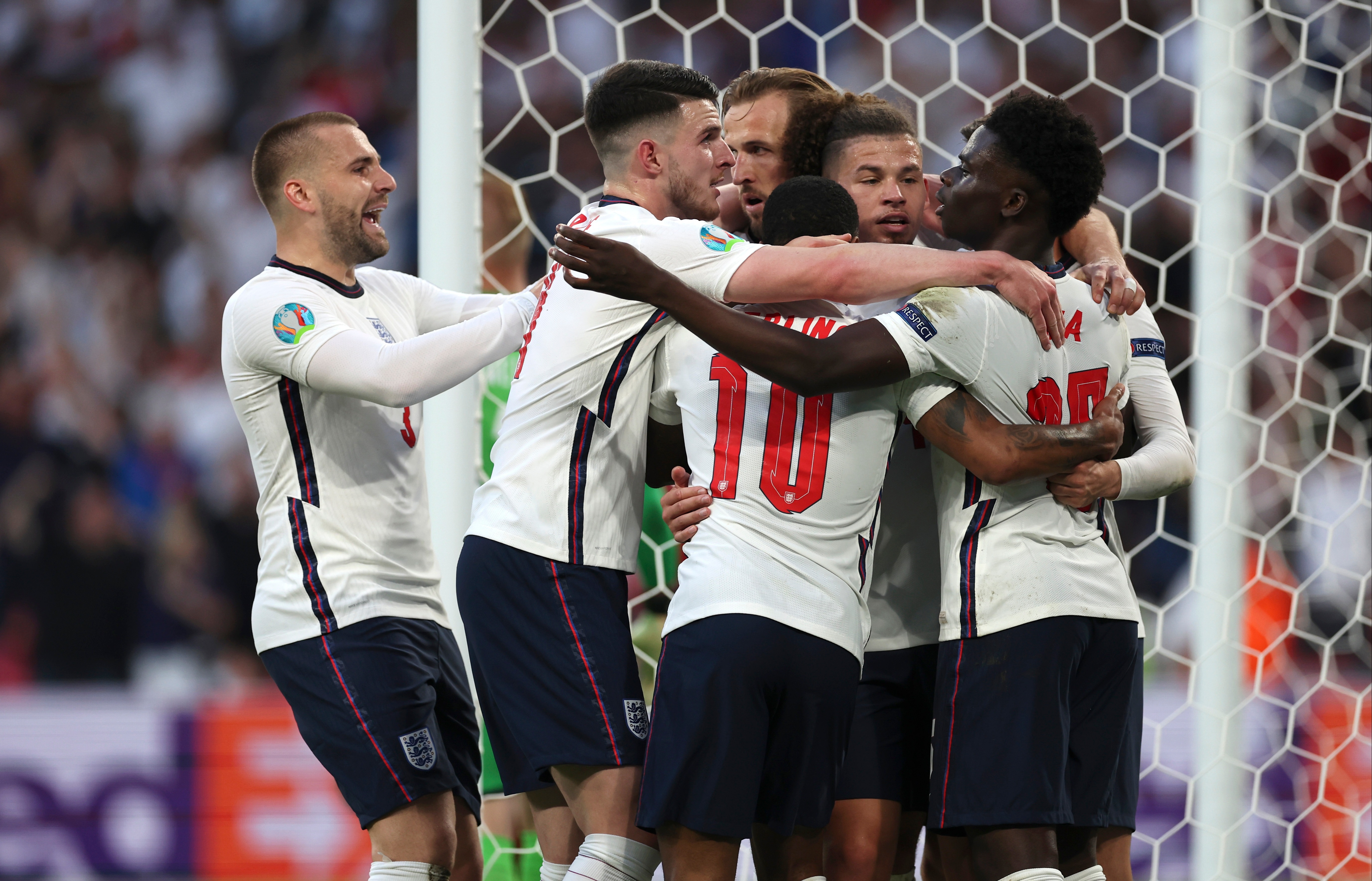 Although Usyk's promoter recently revealed there are still some minor details to be ironed out.

Alexander Krassuyk told The Daily Mail: "According to my experience in boxing, the fight is done when both fighters enter the ring and the bell sounds.

"We just have three small issues to co-ordinate, which we're going to do tonight.

"We have a conference call to fix everything and to proceed with signing [contracts].

"[It's] some small risky things, which are not likely to happen. But we are professionals and we need to secure even the lowest possibility issues.

"That's why we keep saying, 'The principal things have been coordinated a long time ago.'

"But all those small issues are in progress. Nothing major.

"We keep saying we're going to make it within a couple of days. But the issue is our lawyers are in the United States, we're in Ukraine, [AJ's] guys are in the UK.

"We don't need to talk much, we just need to agree on small issues and to proceed further."