PIERRE-EMERICK AUBAMEYANG was left in disbelief after he missed a guilt-edge chance to open the scoring against Newcastle.

The Gabon star, 31, has endured a crisis in front of goal this season with just three in the Premier League.

And he confidence crisis was summed up in the first half against the Toon when he missed an open net.

Bukayo Saka drilled in a shot from the right which Karl Darlow saved brilliantly with his feet.

The ball rebounded to Aubameyang and he looked certain to hit the back of the net with the goal gaping.

But his strike cannoned off the post and back into play as Newcastle breathed a huge sigh of relief.

In Aubameyang's defence, he was at an angle and the ball came at him quickly but it was an opportunity he would have mopped up 12-months ago.

There was little sympathy on Twitter as viewers flocked online to mock the striker.

One blasted: "You can't make excuses for that. Aubameyang has been nothing short of disgraceful this season you simply cannot miss that."

Journalist John Cross added: "How has Aubameyang missed that? Incredible. 0-0" 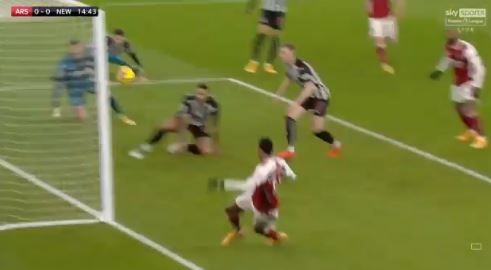 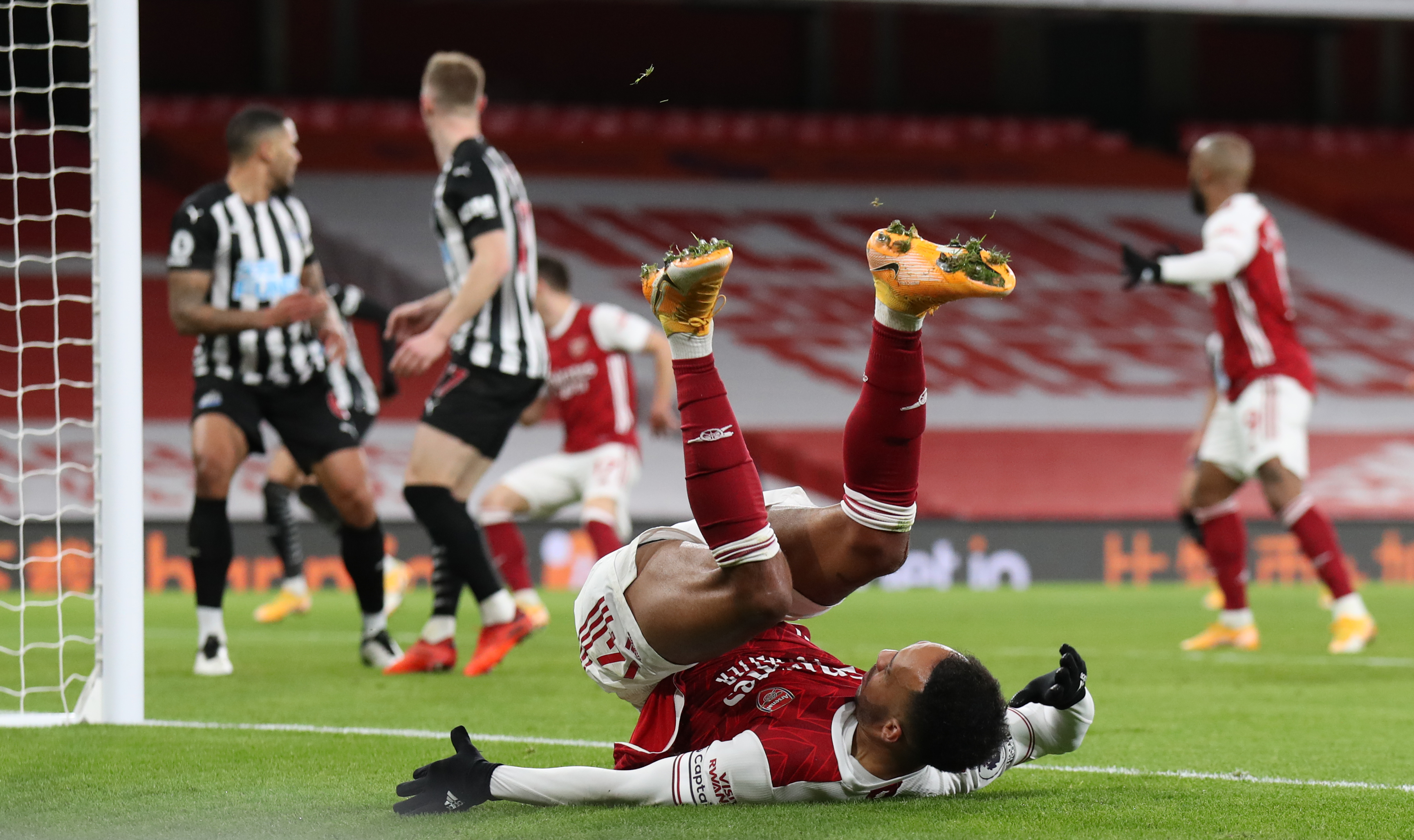 And a third said: "That’s miss of the season from Aubameyang"

Aubameyang has looked a show of the player who has scored 44 league goals in his last two seasons.

In September he signed a new three-year deal worth a whopping £55million but has so far failed to repay the club's faith.