The Arsenal winger, who turned 20 today, closed out The Three Lions' 4-0 rout of Andorra at Wembley. 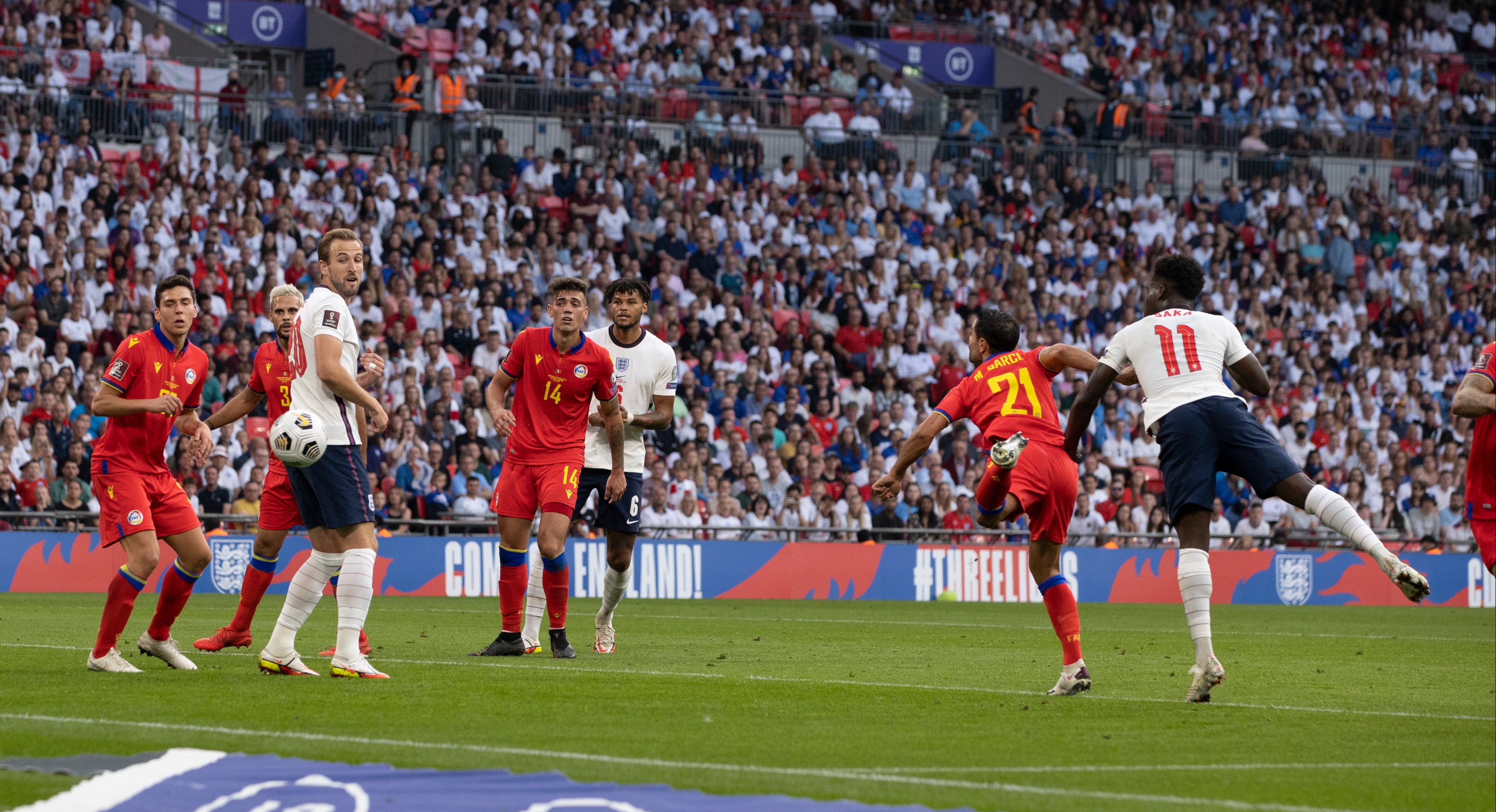 Saka who was subjected to vile racist abuse on social media after missing the crucial penalty in England's Euro 2020 final defeat to Italy.

He has since been cheered at grounds across England and today was no different as he received the biggest ovation when the Three Lions' team-sheet was read out.

But that was nothing close to the cheer when the Gunners ace headed home a Jesse Lingard cross in the 85th minute past a despairing Josep Gomes.

The birthday boy said: “The perfect birthday present for me.

"I am really happy we got the win and I can celebrate my birthday with this."

Footie fans up and down the country rallied around the youngster after he was subjected to horrific abuse.

The Arsenal academy product said: “[I'm] really happy with the support everyone gave me.

"It shows how proud they are, I’m happy we could give them the win.

“It means a lot and it made a difference to me, hearing fans cheer my name made me believe everyone supports me.

“This is what I dream about, playing at Wembley in front of my family on my 20th birthday.”

England boss Gareth Southgate was over the moon with Saka's goal, smiling with delight after seeing him head home.

The 51-year-old said: "He got a fabulous reception before the game and during the game.

[I'm] really happy with the support everyone gave me.

"It is lovely, you can see how popular he is with the team as well."

He added: "I hope closure if it was needed but I don't think there is a player in that dressing room who thinks anything but positively about what he did all summer."

England watching the game at home were delighted to see Saka get his name on the scoresheet.

One tweeted: "He deserved his goal."

Another said: "So happy for the boy." 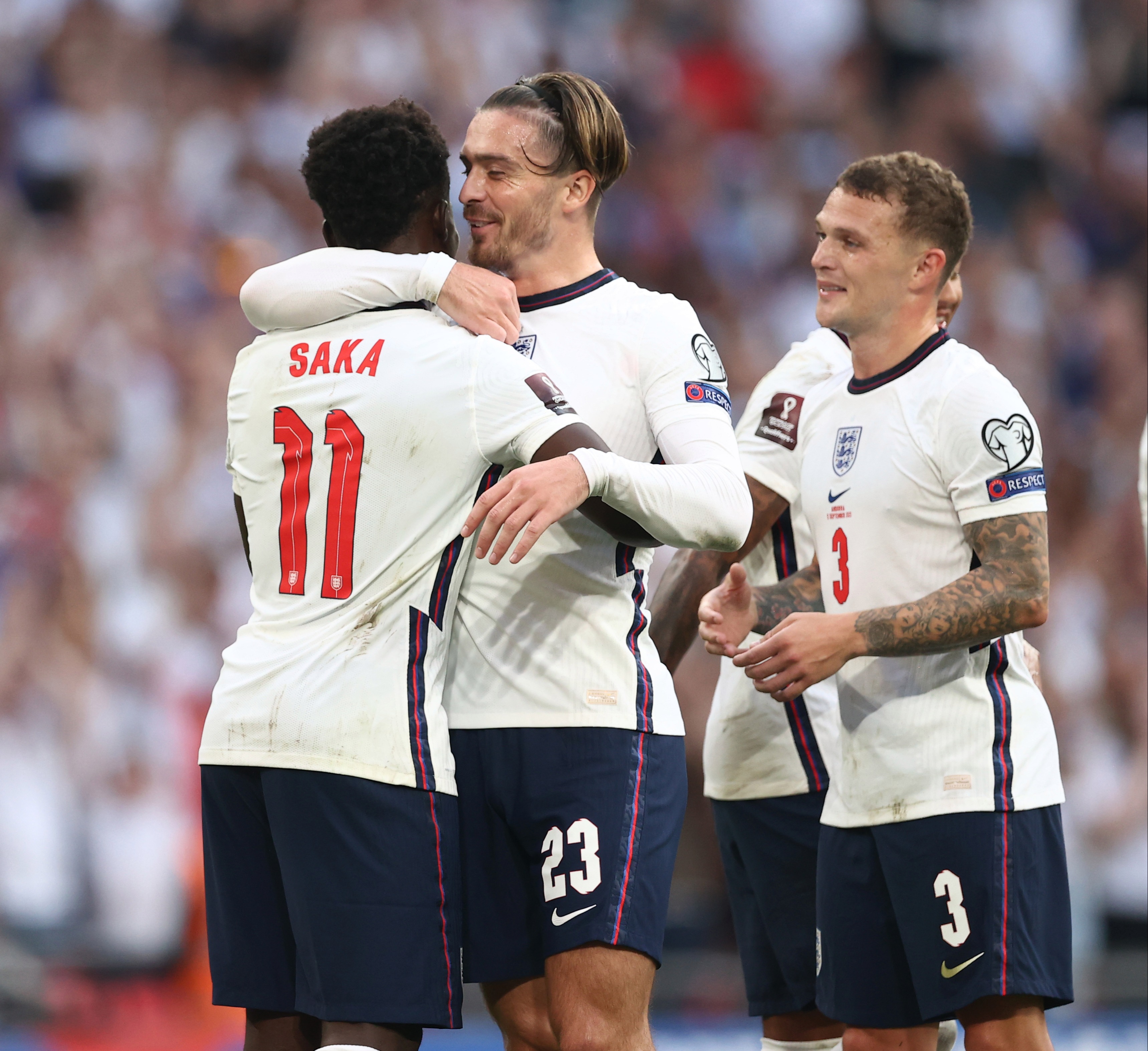 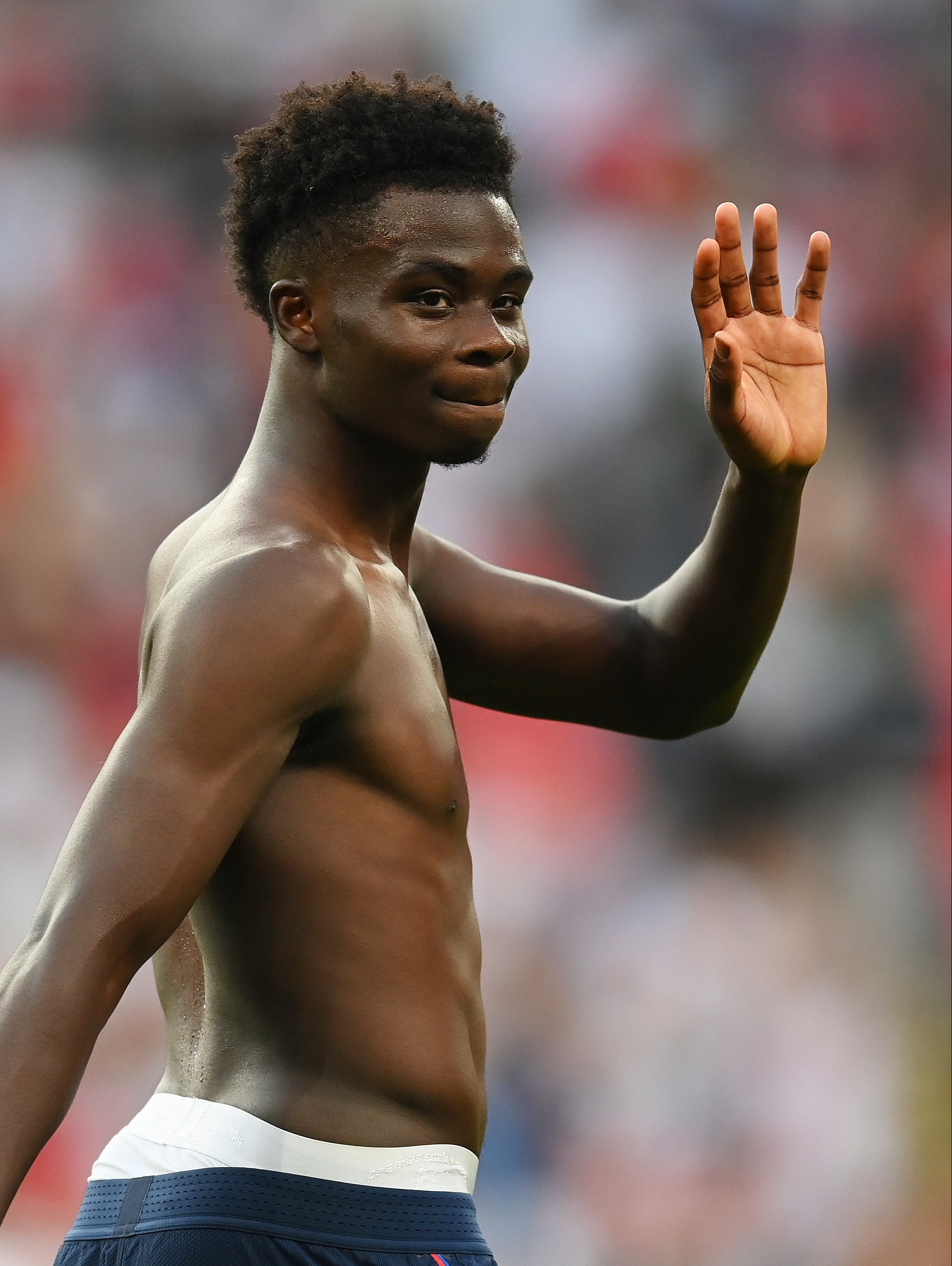 And another said: "So happy for Saka. Deserves it."

One remarked: "Big up Bukayo Saka. Buzzing he's got a goal."

Southgate rang in eleven changes for the visit of the Andorrans, who provided little resistance for his troops.

He said: "[It was] difficult for the players picked who didn't have as much games together.

"You have to keep moving the ball, keep being patient. It wasn't an easy task."

England's destruction of the Andorrans saw them maintain their 100 per cent start to their World Cup qualifying campaign.

Southgate's troops have 12 points to their name following their first four fixtures, in which they've scored 13 goals and conceded one.