THIS is the shocking moment one jockey threatened to 'kill' another during a jaw-dropping bust-up at the Breeders' Cup.

The renowned meet is one of the richest and most lucrative in the world. 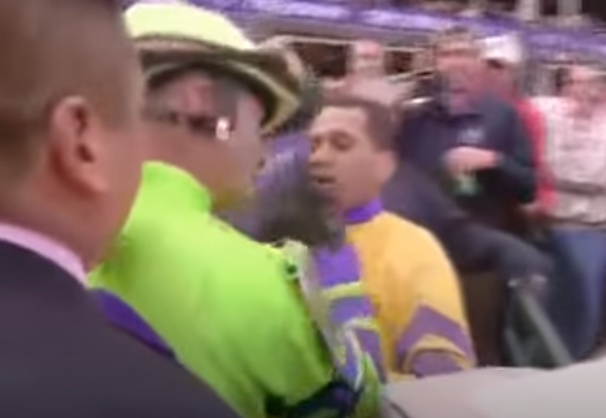 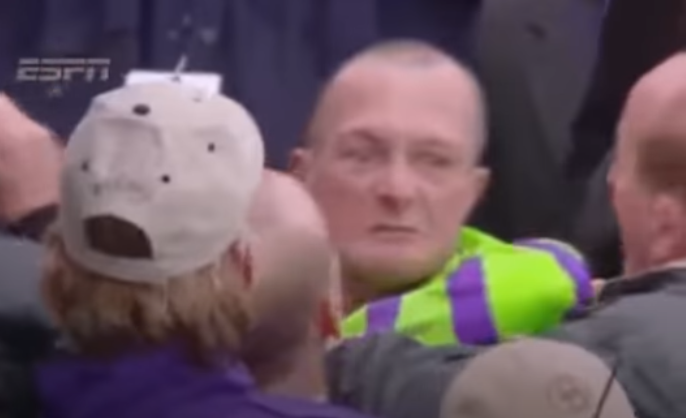 British heroes Frankie Dettori and Hollie Doyle will compete at Keeneland in Kentucky this weekend for a place in history.

T&Cs: New customer offer. Place a min 5 bet (or 2.5 e/w), at minimum odds of 1/5 (1.2) on the 'Win or E/W' market in the 17:02 Breeders' Cup (Keeneland), Saturday, November 7th. After the qualifying bet has been settled, you'll get a £5 free bet for each remaining Breeders' Cup race + 10 Sports Free Bet. Deposits using Credit/Debit cards or Apple Pay only. Free bets are only valid for the specified race and are awarded when the qualifying bet has been settled. Free bet stakes not returned with winnings. T&Cs apply. 18+ Begambleaware.org

But a stunning fight between two jockeys at the festival ten years ago continues to cast a cloud over the event.

Three-time Kentucky Derby winner Calvin Borel and Javier Castellano had to be pulled apart after tempers flared at the end of the £380,000 Breeders' Cup Marathon at Churchill Downs.

And American Borel, now 53, was so incensed that he pleaded with security to release him so he could 'kill' his rival.

The bust-up started when Borel – regarded as calm and mild-mannered – waited for Castellano after the race.

He was furious over a mid-race move in which Castellano and Prince Will I Am unwittingly cut off horses ridden by Borel and Martin Garcia.

Garcia was almost sent crashing off his horse and Borel lost all his speed on board A U Miner.

With an inquiry ordered, Borel stormed over to Castellano in the winners' enclosure and struck him in the face. 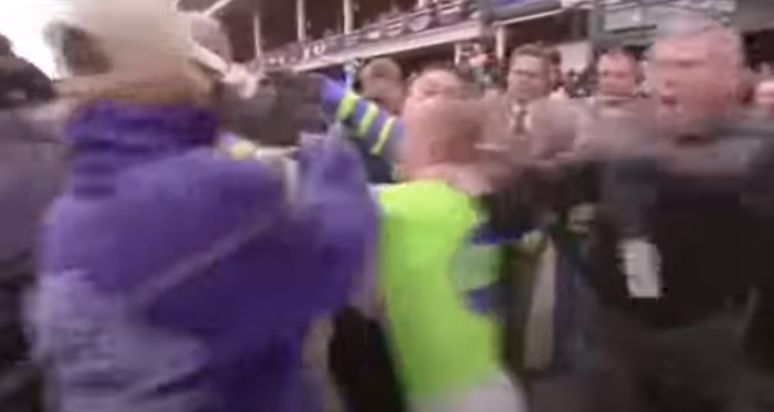 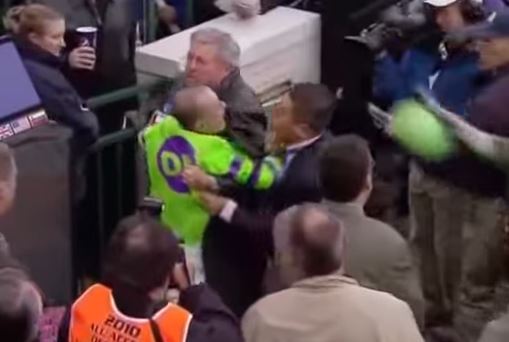 Venezuelan Castellano, who stands just 5ft 1in, then took a swipe at his rival, who stood four inches taller.

TV cameras were on hand to capture the chaos, with Borel's eye bursting out his head in rage.

He continued to try to hammer down blows on Castellano, now 43, before wife Lisa restrained him.

Helped by brother Cecil, they each grabbed an arm and took him back to the jockeys' room.

But it did not stop there, with both trading insults there before Borel apologised for his sensational outburst.

This fight is far from unique in the sport of kings, though.

In October 2018 two jockeys had to be separated by police as they kicked and punched each other.

In June of the same year Raul da Silva was slapped with a 21-day suspension for punching renowned trainer Jim Crowley in the face at Goodwood.

And jockey Erluis Vaz was given a 200-day ban for punching Ademar Santos during a race at Philadelphia Park in 2010.