Suarez, 34, returned to the Nou Camp today to seek revenge against the club that forced him out last summer. 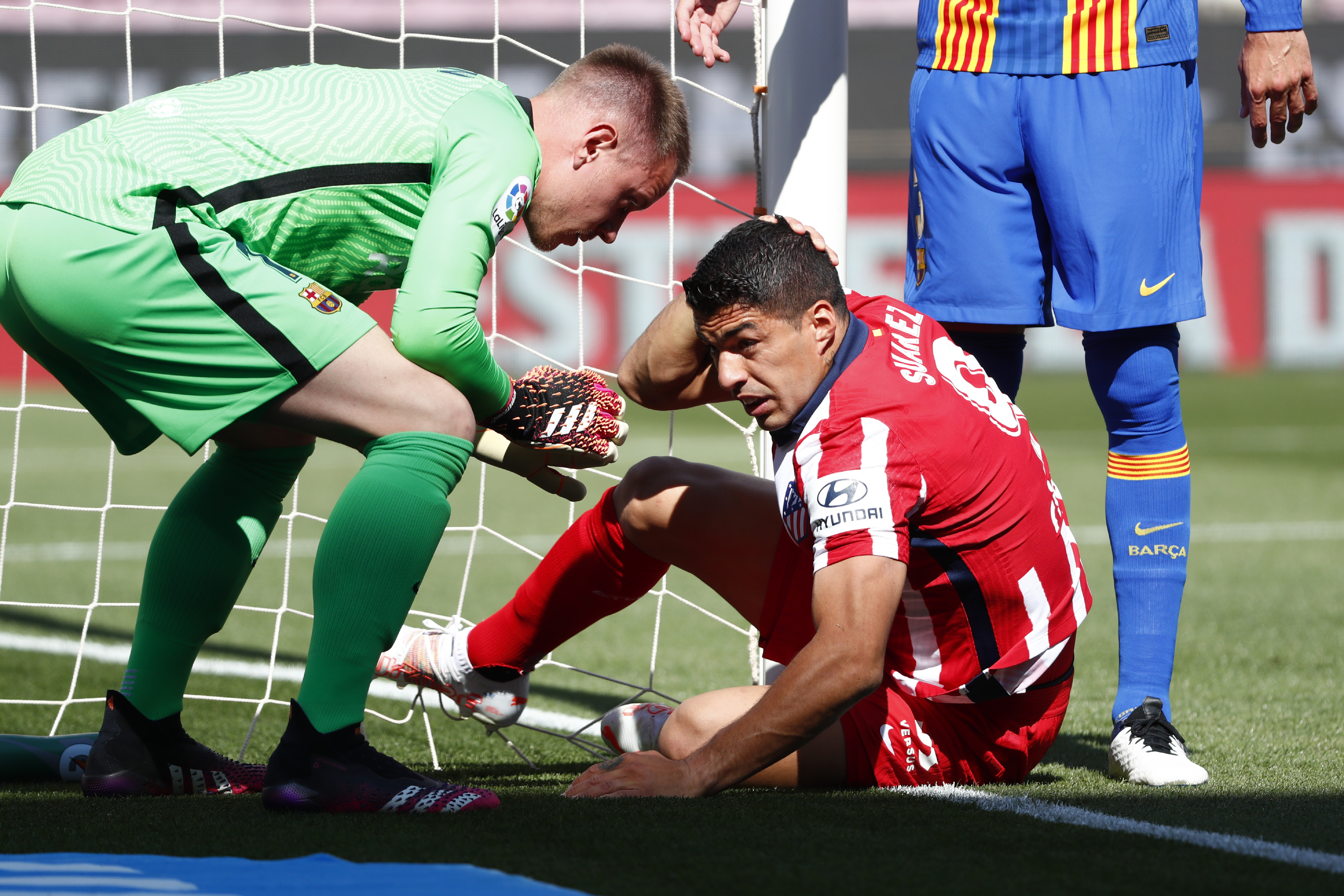 And Barcelona needed a win in order to draw level in the table.

However, neither side was able to find a breakthrough, leaving Barca two points behind with three games remaining while opening the door for Real Madrid to go top on Sunday.

But being back in familiar territory did not stop Suarez from trying to find a winner to help Atleti pull clear.

Midway through the first half the striker challenged for the ball with former team-mate Ter Stegen.

Suarez then dramatically fell to the ground as he put his hands on his head, despite not being touched.

Suarez proceeded to beg for a penalty, but Ter Stegen made his feelings perfectly clear in an angry blast.

According to Marca, the German goalie screamed: “Luis, eh! Not like that!” 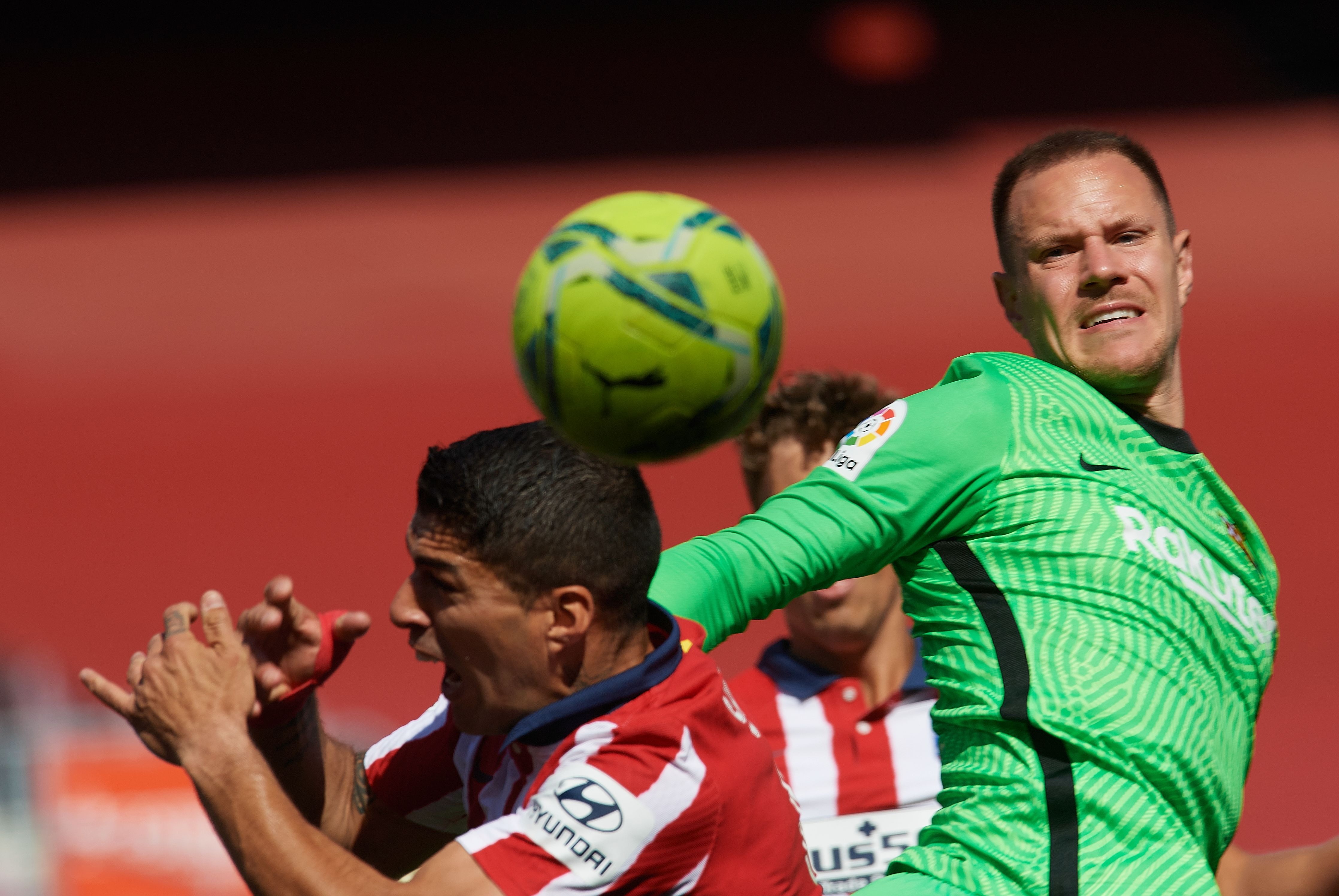 To which Suarez replied: “Stay there, stay there champion!”

The veteran also clashed with Gerard Pique several times, with the Spanish defender at one point exclaiming: “You’re looking for me!”

Suarez spent six years with Barcelona after joining from Liverpool in 2014.

He scored 198 goals in 283 games while winning four titles and the 2015 Champions League, as well as four Copa del Reys.

However, Barcelona offloaded Suarez to Atletico in a shock move last summer after telling him he was surplus to requirements.

Suarez’s exit upset star man and best pal Lionel Messi, who himself tried to force through a move to Manchester City before being made to stay put.