HAFTHOR BJORNSSON showed off his nimble footwork and jabs as he trained on a heavy bag ahead of September’s Las Vegas bout with rival Eddie Hall.

The Icelandic giant, who stands at 6ft 9in, will settle his long-running beef with British behemoth Hall in the boxing ring following a feud stretching back to their strongman days. 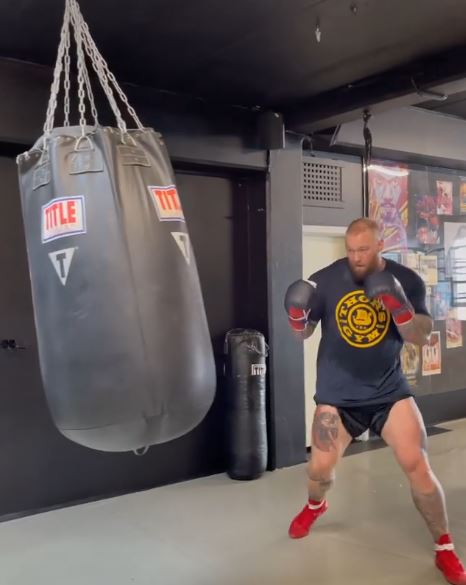 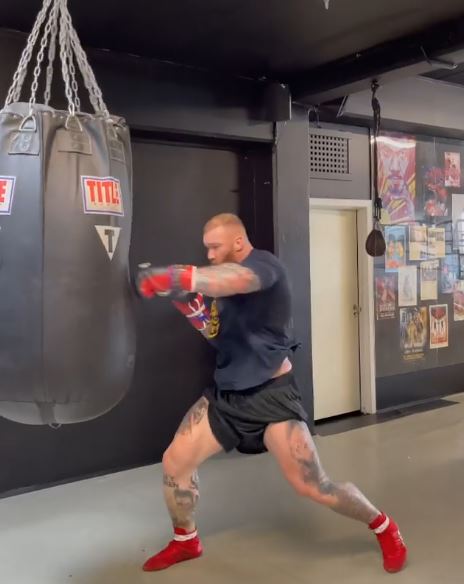 The Las Vegas clash has already been billed as the heaviest fight in history – with the duo having a combined weight of over 56 STONE.

And Bjornsson, 32, has shown preparations are continuing as planned as he danced around a training bag to demonstrate his agility and precision.

Posting a video to Instagram, ‘Thor’ said: “After 12 brutal rounds this morning we decided to film something for you guys.

“Here I’m working on the bag and my A frame. It’s crazy looking back and seeing all the improvements I’ve made since I started!

“Can’t wait to show you all what I’m capable of in September.”

Bjornsson, also known for playing Gregor ‘The Mountain’ Clegane on hit HBO show ‘Game of Thrones’, recently demonstrated his incredible strength with an easy 290kg deadlift in his Icelandic gym.

And after dropping the pounds following last year’s world-record 501kg lift, Bjornsson is now preparing for his second warm-up fight.

The 2018 World’s Strongest Man winner has already stepped in the ring for an exhibition with Steven Ward, with the result a draw.

He was due to face Alex Simon next month before the Australian strongman suffered a torn bicep.

And Bjornsson will instead take on Simon Vallily at the Conrad in Dubai on May 28.

Meanwhile, rival Hall is yet to announce his first warm-up fight.