TYSON FURY and Deontay Wilder hurled vile insults at each other moments before Friday's weigh-in.

Both teams were in a tight corridor when Fury directly told Wilder 'f*** you' whilst sticking both middle fingers up at the American. 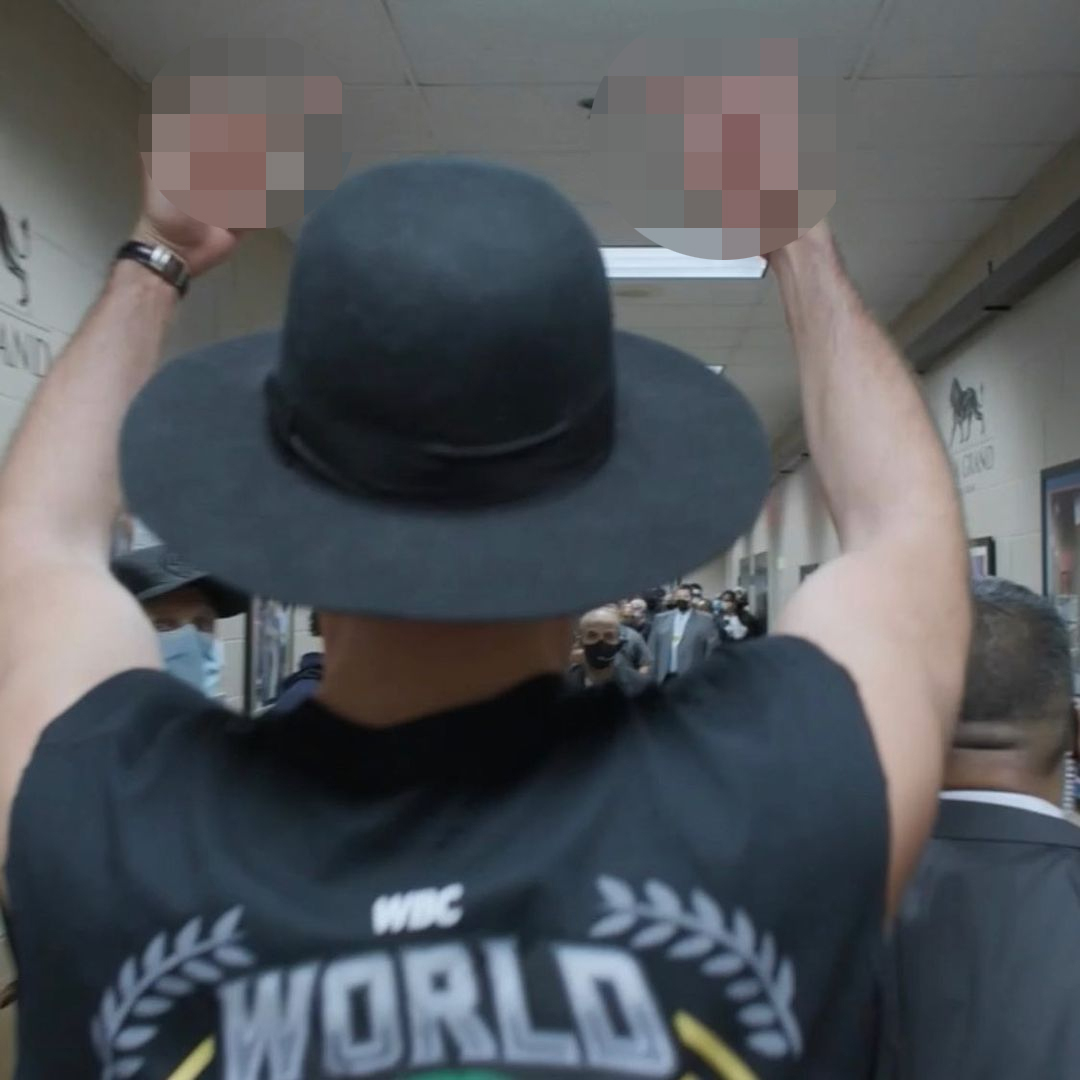 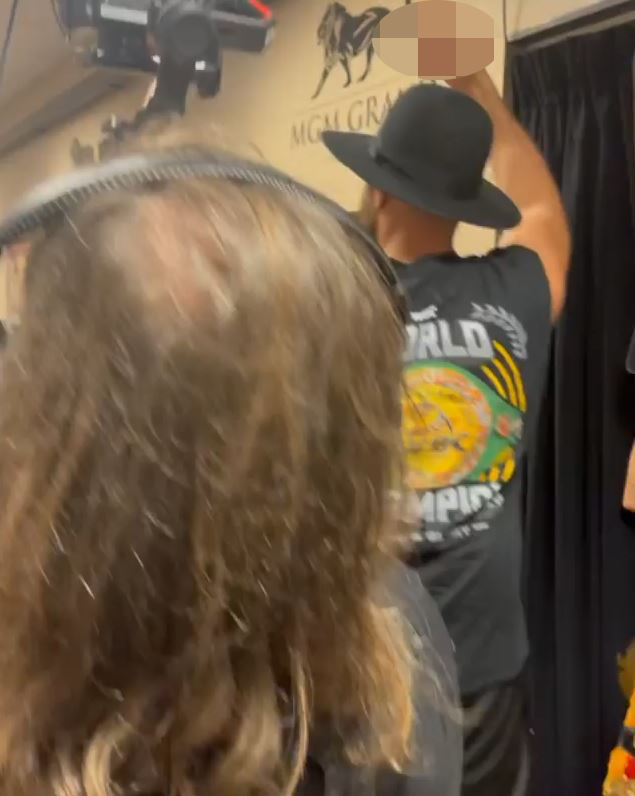 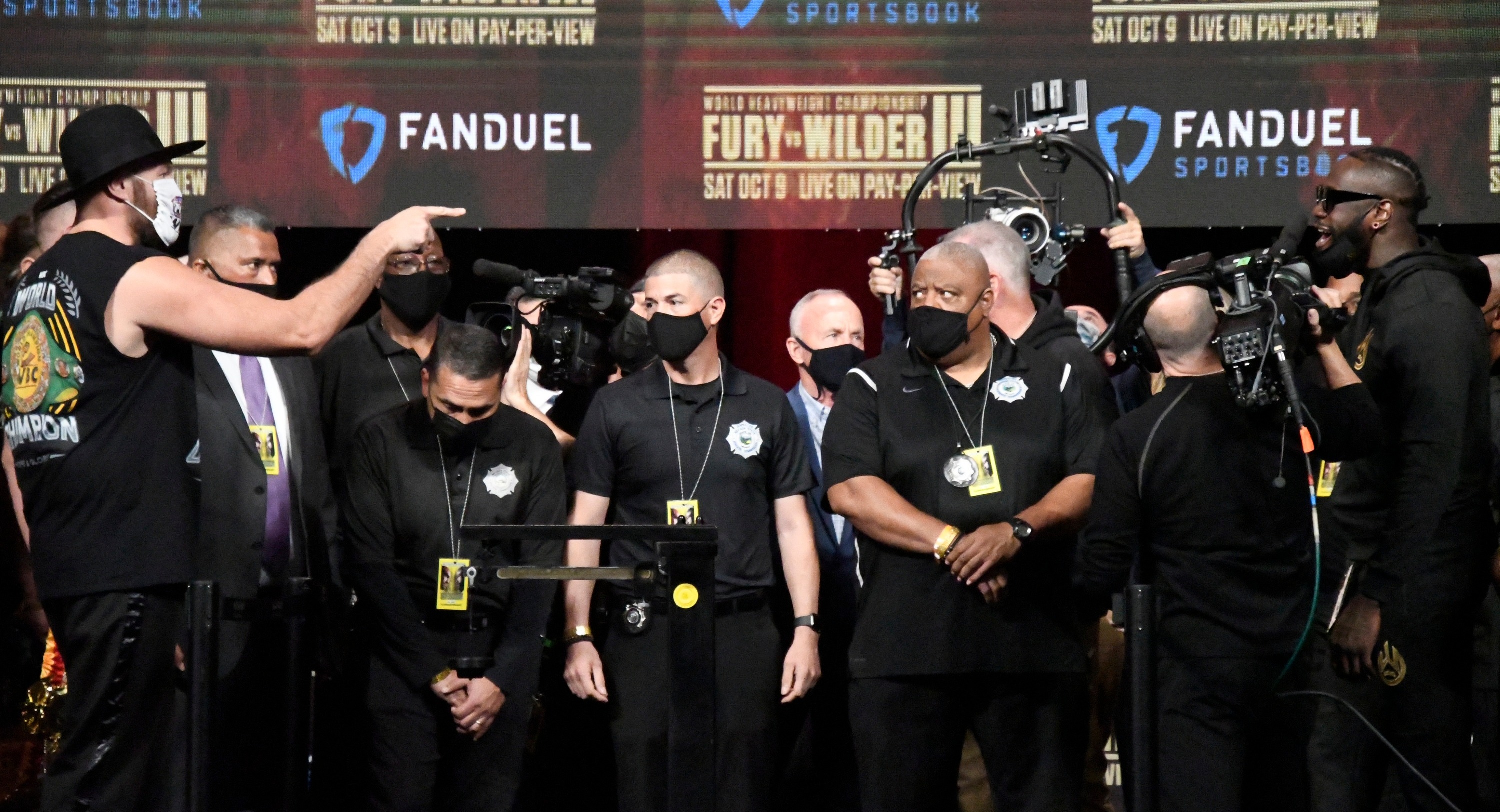 Tension between both teams rose, with Shane Fury getting into it with a member of Wilder's team.

Brother Shane – who is manning the ship in dad John Fury's absence – clearly didn't take too kindly to the 'momma' jokes.

The 28-year-old branded Wilder's team a 'classless piece of rubbish'.

A rattled Wilder team member then threatened to 'smack the f***' out of brother Shane.

Shane responded: "You're as dwarf, walk on, tough guy. Just walk on."

Wilder and his team have accused Fury of cheating his way to victory in their second fight back in 2020.

You're as dwarf, walk on, tough guy. Just walk on.

And the American believes the Brit is preparing to cheat again on Saturday in Las Vegas.

He told 78SPORTSTV: “You think he ain’t gonna try to cheat this time?

“Oh they’re thinking, they’re coming up with a master plan.

“But my thing to him – man, you couldn’t even get me out on loaded gloves and the conditions I was under.

Fury, in no mood to entertain Wilder's excuses, listed the 35-year-old's many theories – from glove tampering to spiked water.

An excerpt of the post read: "No excuses… but: Costume was too heavy. Fury's gloves were loaded.

"I had weak legs. My water was spiked. Fury's gloves had no padding. Had bicep surgery.

"I was a zombie. Disloyal trainer. Complications in camp."

The post also included a number of conspiracy theories peddled by Wilder, including the 35-year-old's claim that Fury had 'egg weights' in his gloves.

CLICK HERE FOR LIVE UPDATES ON FURY VS WILDER 3