KAMARU USMAN continued his winning streak by recovering from an early knockdown to KO Gilbert Burns at UFC 258.

The Nigerian-American was stunned in the first round as his opponent came out flying and dropped him to the canvas. 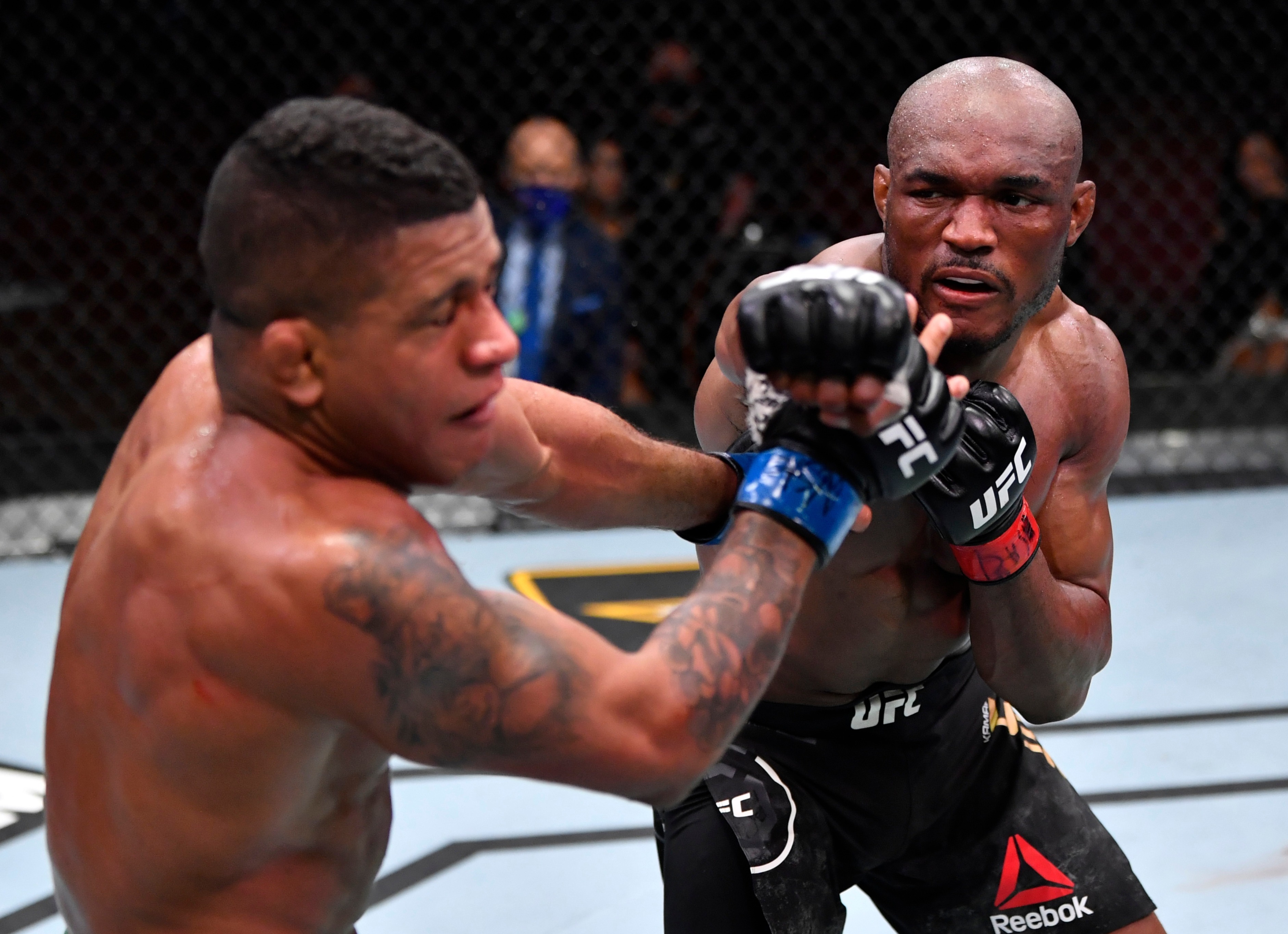 But the welterweight champ used all his experience and class to get himself back into the contest.

And he finished it off with a barrage of blows in the third round as the referee called it off.

Then he called out Jorge Masvidal for his next bout.

Usman, who has now won his last 17 pro MMA fights including all 13 in the UFC, said of Masvidal: "We got this little street thug call himself Jesus, thinking he’s Jesus.

"They tried to make that fight but he kept backing out. The only reason this man took the fight is because it was on six days notice and he had a built in excuse. And he’s still running his mouth talking.

"I’ll give you a whole training camp. I guarantee you won’t sign on that dotted line. I’ll finish your a**. Step in her and see me."

Burns made the fast start and dropped Usman with a brutal right hand in the opening exchanges.

But by the end of the second round, the reigning champ had taken control of the contest.

In the third, he even switched to southpaw and landed his brutal blow with his right.

He pounced on his wounded opponent and unleashed a series of quick-fire blows.

And there were emotional scenes at the end as the pair – former team-mates – embraced inside the octagon.

Speaking about the win over Burns, he added: "This one was a tough one.

"It was a very, very tough one. The whole gym situation with me leaving, first and foremost, you cannot discredit what Gilbert Burns has done in this division.

"We started together. He showed it tonight. But I said it, I’m the varsity guy. My fight IQ is different.