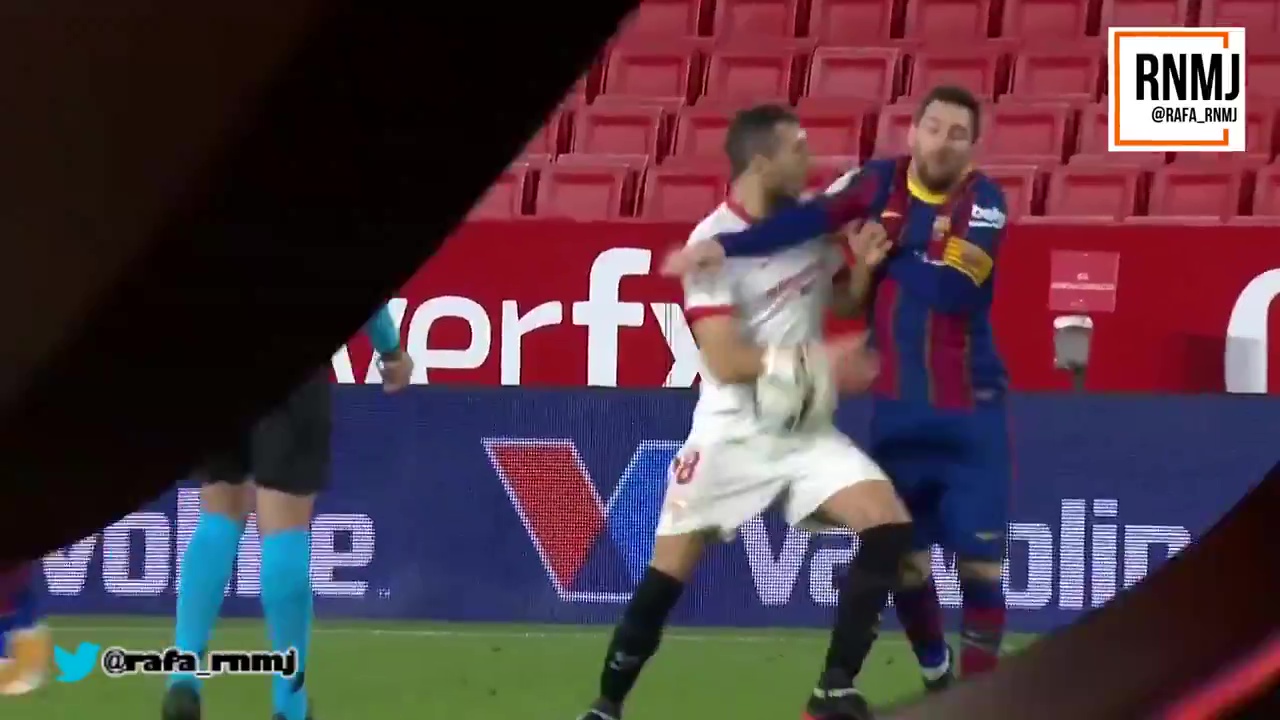 And it appears frustrations got the better of him yet again during another cup defeat.

The Catalan giants crashed out of the Copa del Rey to Sevilla on Wednesday night after a 2-0 defeat.

But it could have been worse for Ronald Koeman's men on the hour mark.

Messi pulled off a moment of brilliance by nutmegging Arsenal target Jordan.

The 33-year-old was then subsequently fouled by the Spanish midfielder before he held onto the ball so Messi couldn't take a quick free-kick.

In his frustration to claim the ball back, Messi raised his elbow into the face of his opponent who fell theatrically to the turf.

A melee of players surrounded the referee who then booked Jordan for his protests after the official opted not to caution Messi.

However, fans think the six-time Ballon d'Or winner was fortunate not to shown his marching orders. 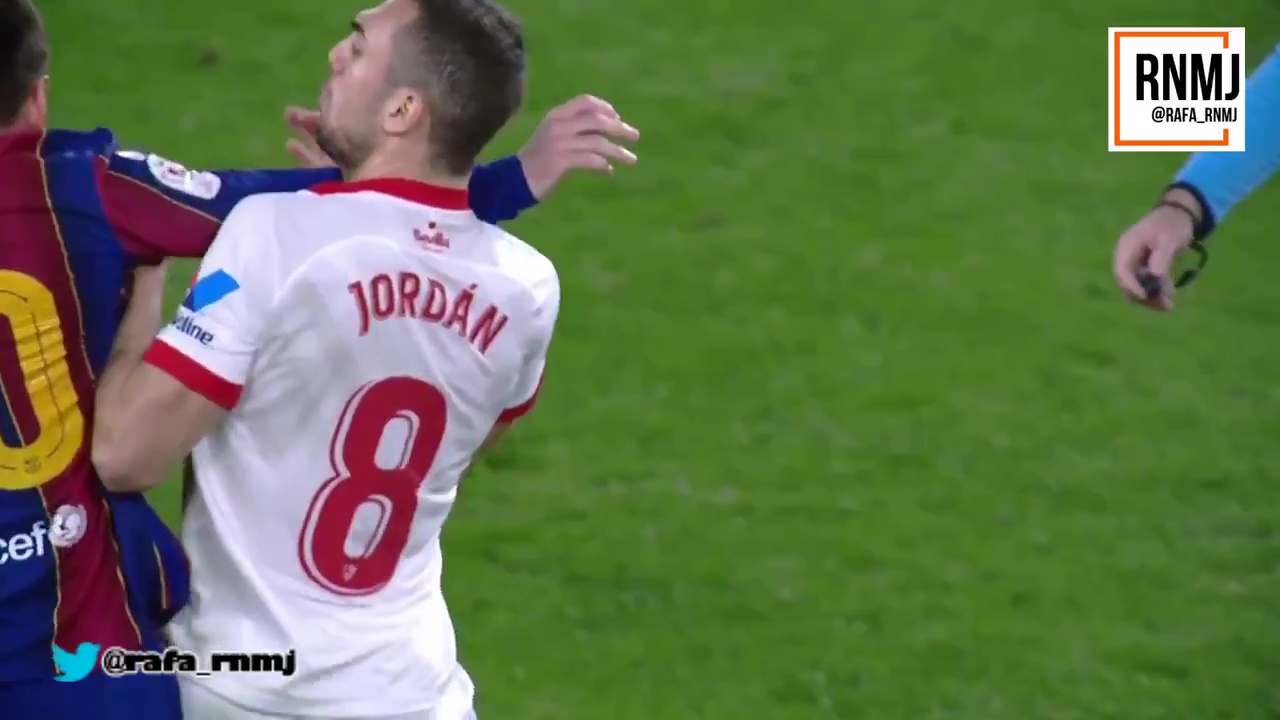 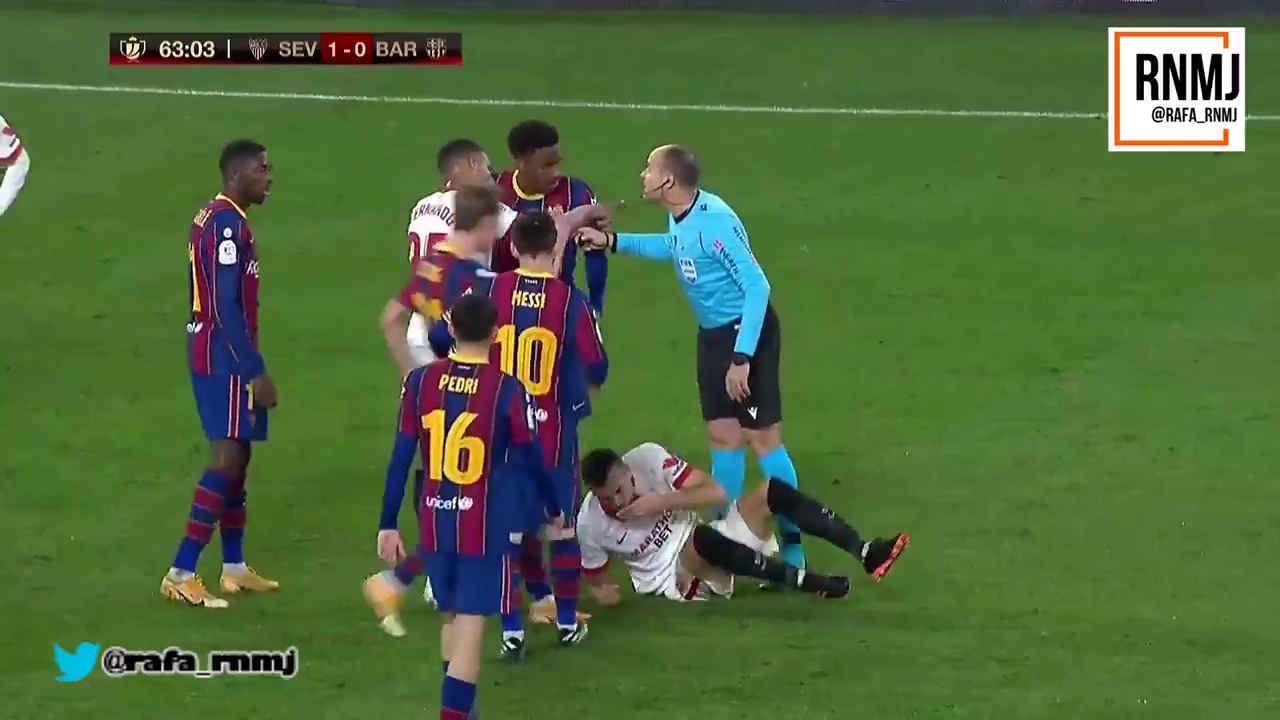 One said: "He attacks the opponent in front of the referee's nose and nothing happens."

Another added: "That's a red. He's allowed to do what he wants. What a shame."

A third said: "He's had that protection from the referee all throughout his career."