King launched the ball forward from his own six-yard box and – thanks to a huge gust of wind and a wicked bounce – saw it nestle in his opposite number Joshua Griffith's net. 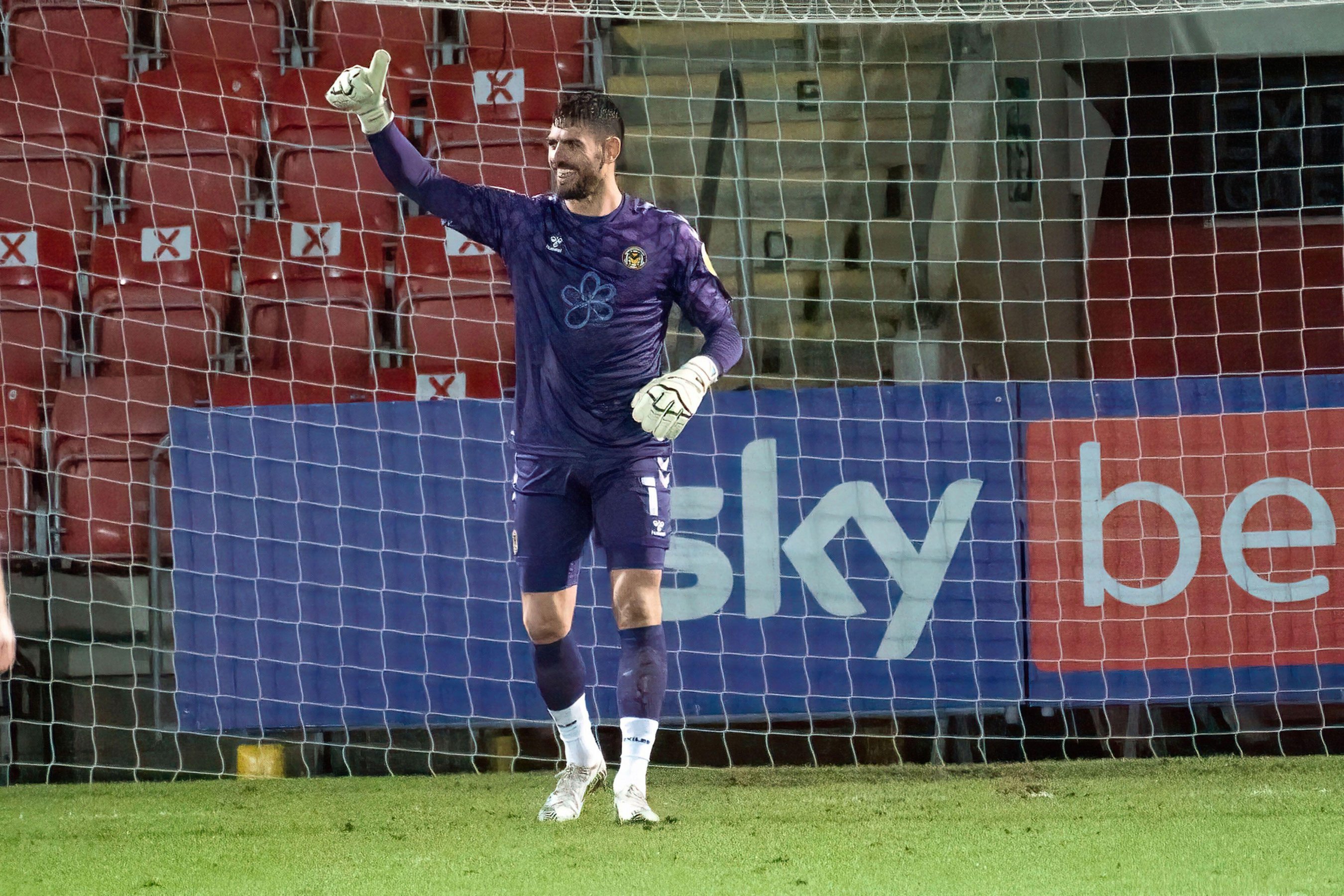 The freak moment came after just 12 minutes and put the Welsh side ahead at Whaddon Road.

The draw saw Newport move up a place to second in League Two with Cheltenham staying sixth.

But fan focus after the game was on the one-in-a-million strike from King.

Jordan tweeted: "That’s mad! Didn’t even look like he kicked it that hard.

"Good tekkers, the bounce was mad as well."

Elsewhere, Cheltenham host Manchester City in the FA Cup fourth round on Saturday.

And City fans have delved into their pockets to help raise £20,000 for the Gloucestershire side.

Cheltenham Town supporters’ group, 1887 Red Army, has set up a campaign on Crowdfunder in an effort to help the club.

The group are aiming to rake in £20,000 in 'virtual tickets' for the FA Cup clash at the empty Jonny-Rocks Stadium – likely to be picked for TV coverage.

And Man City fans have chipped in, as well as Cheltenham fans, to help the struggling side.