Beckham Junior, 18, copied to a tee the Manchester United legend's top-corner free-kick that stole a place at the 2002 World Cup finals. 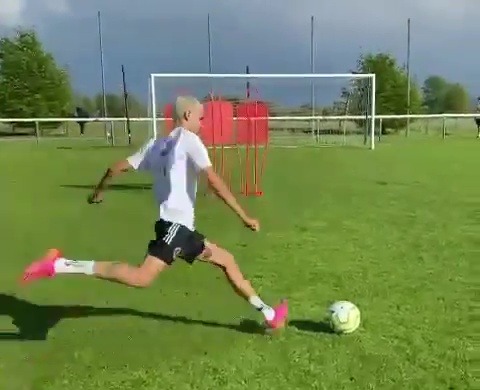 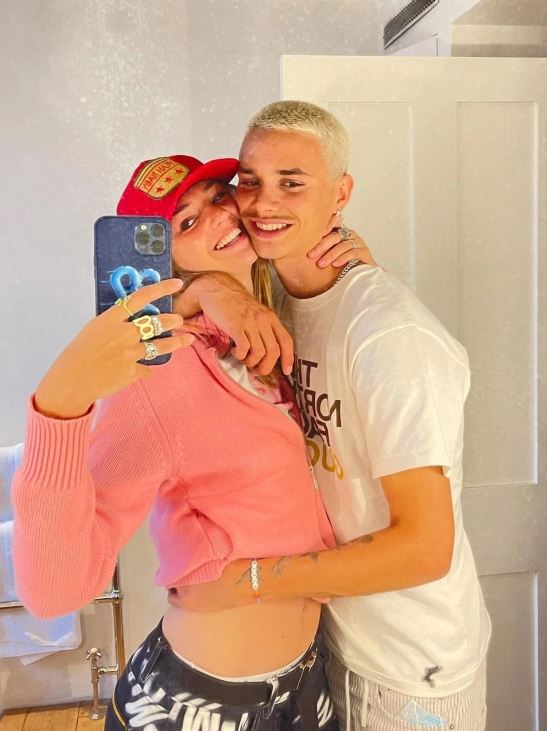 And it was a dazzling distraction from social media speculation that Romeo is expecting his first child with girlfriend and fellow model Mia Regan, also 18.

On a quiet training pitch in contrast to the packed Wembley his dad enjoyed 20 years ago, Romeo produced an identikit run-up and swerving right-foot shot over a three-man replica wall and inside the left post.

Becks Senior became a national hero when his stoppage-time stunner earned a 2-2 draw with Greece in the final World Cup qualifier in 2001.

That put England through as group winners, ahead of Germany on goal difference.

Romeo's own football exploits haven't yet suggested he could reach his father's heights.

But the Arsenal fan has trained with top coaches and stated he would love to become a footballer. 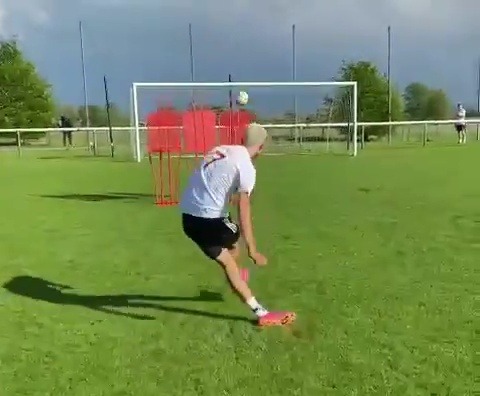 But so far his feats on the public stage have been limited to the occasional showcasing of some nifty technical skills and free-kicks on social media.

His off-the-field image, though, is surely bigger than his dad's was at the same age.

And this week he sent the rumour mill into over-drive when posting mirror selfies with Mia to celebrate their second anniversary as a couple.

Romeo had his arm across Mia's exposed tummy, which was more than enough to spark pregnancy talk.

Some followers asked "Is he she pregnant?" and one was even less subtle with the post:  "Congratulations Romeo, I see she is now pregnant."

So far, Romeo hasn't commented on the rumours – instead diverting attention by letting his feet, or rather his right foot, do the talking.