UFC star Germaine de Randamie says she had to tell the referee TWICE that her opponent was KO'd before the fight was stopped.

The Dutch martial artist secured a stunning stoppage win in the third round against Julianna Pena on Fight Island in Abu Dhabi. 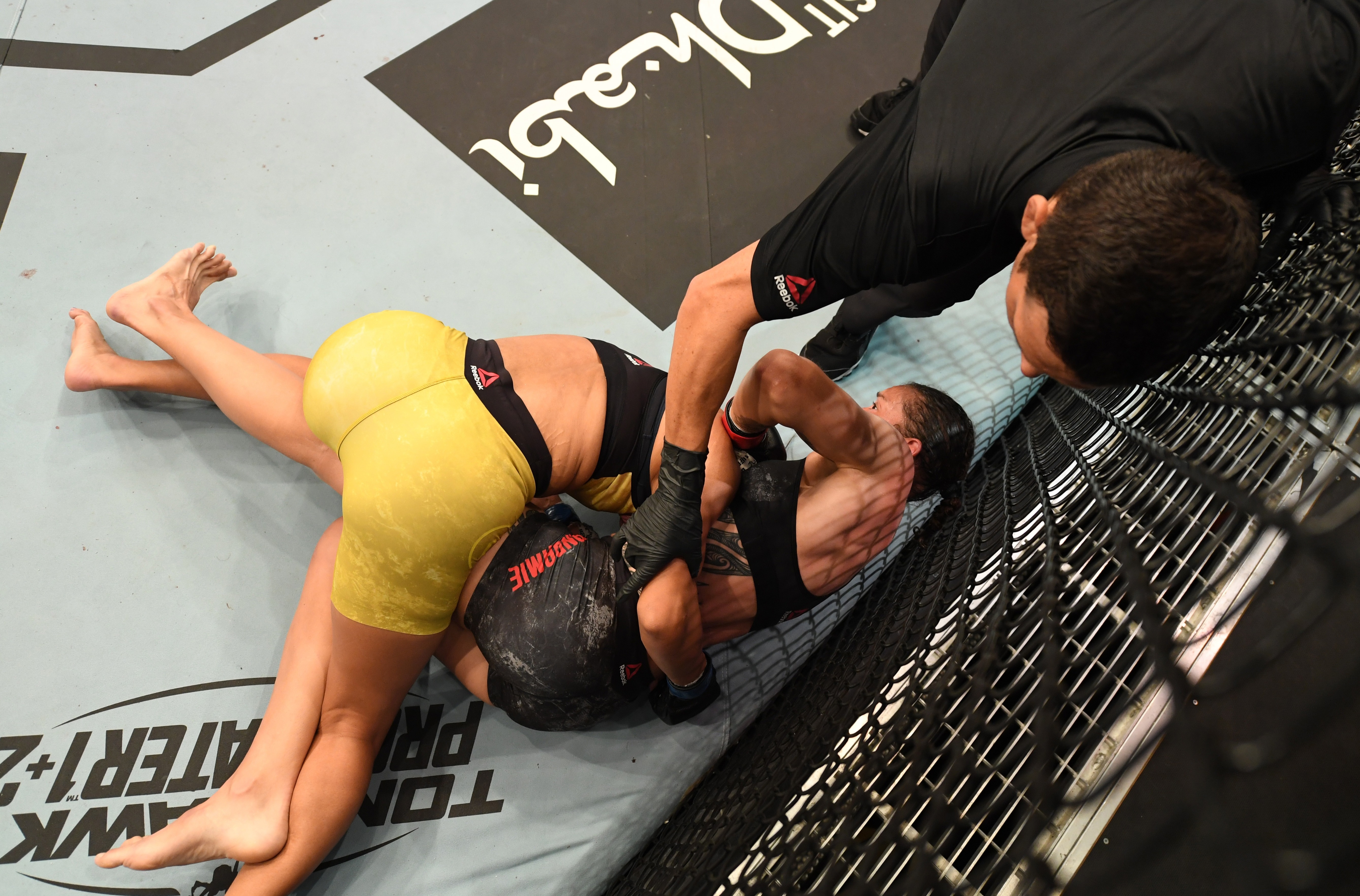 Unsurprisingly, it earn the 'Iron Lady' a Performance Of The Night bonus.

But after locking in a guillotine choke, De Randamie can be seen urging referee Jason Herzog to intervene.

Speaking in the press conference after her triumph, the 36-year-old former featherweight champ said: "I told [the referee] twice that she's out… because I felt her getting weak.

"This was the first time [I've won using this choke], and the best one."

Herzog was seen lifting Pena's limp arm before breaking the two women up.

He then rolled the defeated fighter onto her back.

It was the first submission victory of De Randamie – but one that earned her a $50,000 bonus.

It also saw De Randamie get back to winning ways following her defeat in December to the legendary Amanda Nunes. 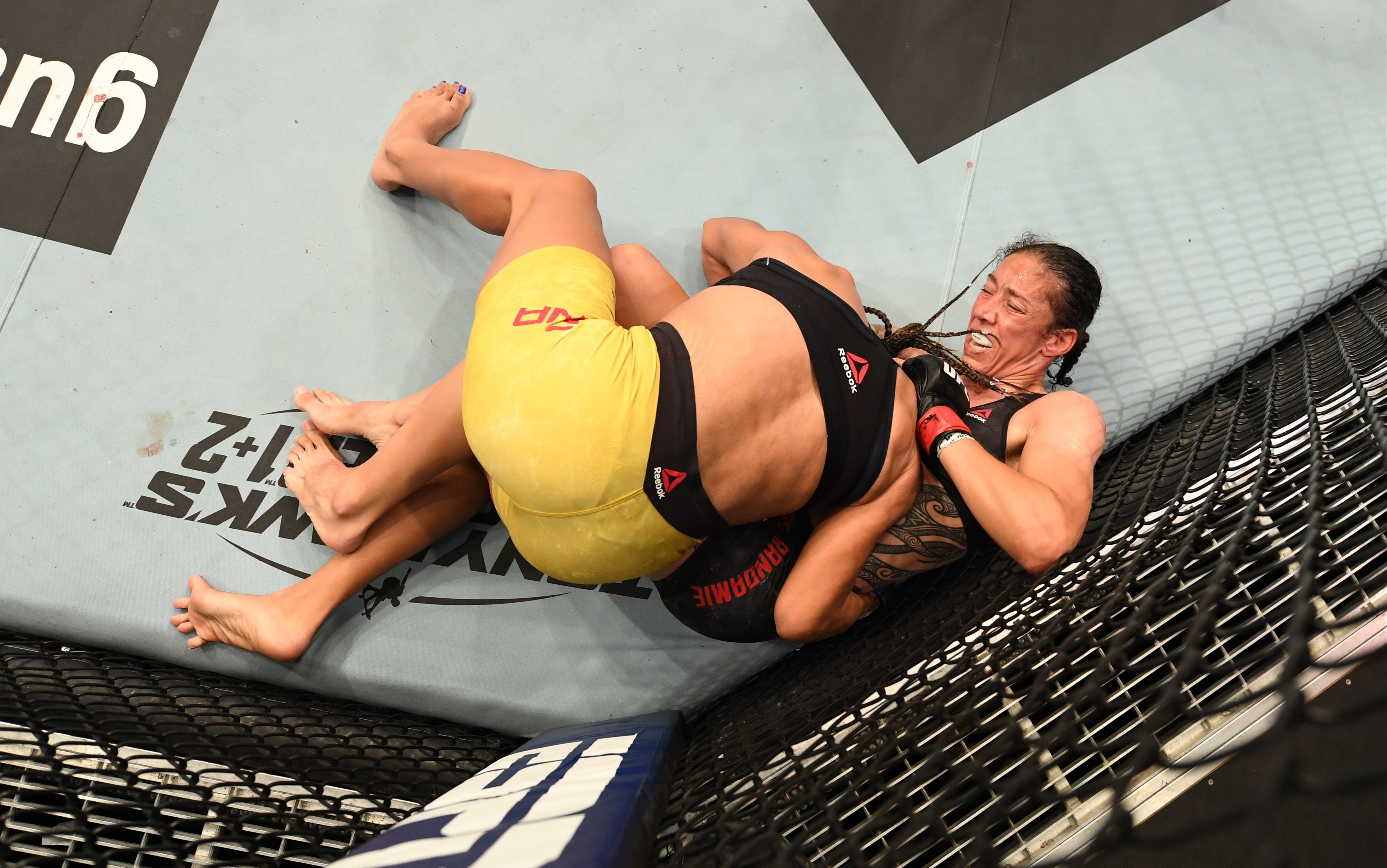 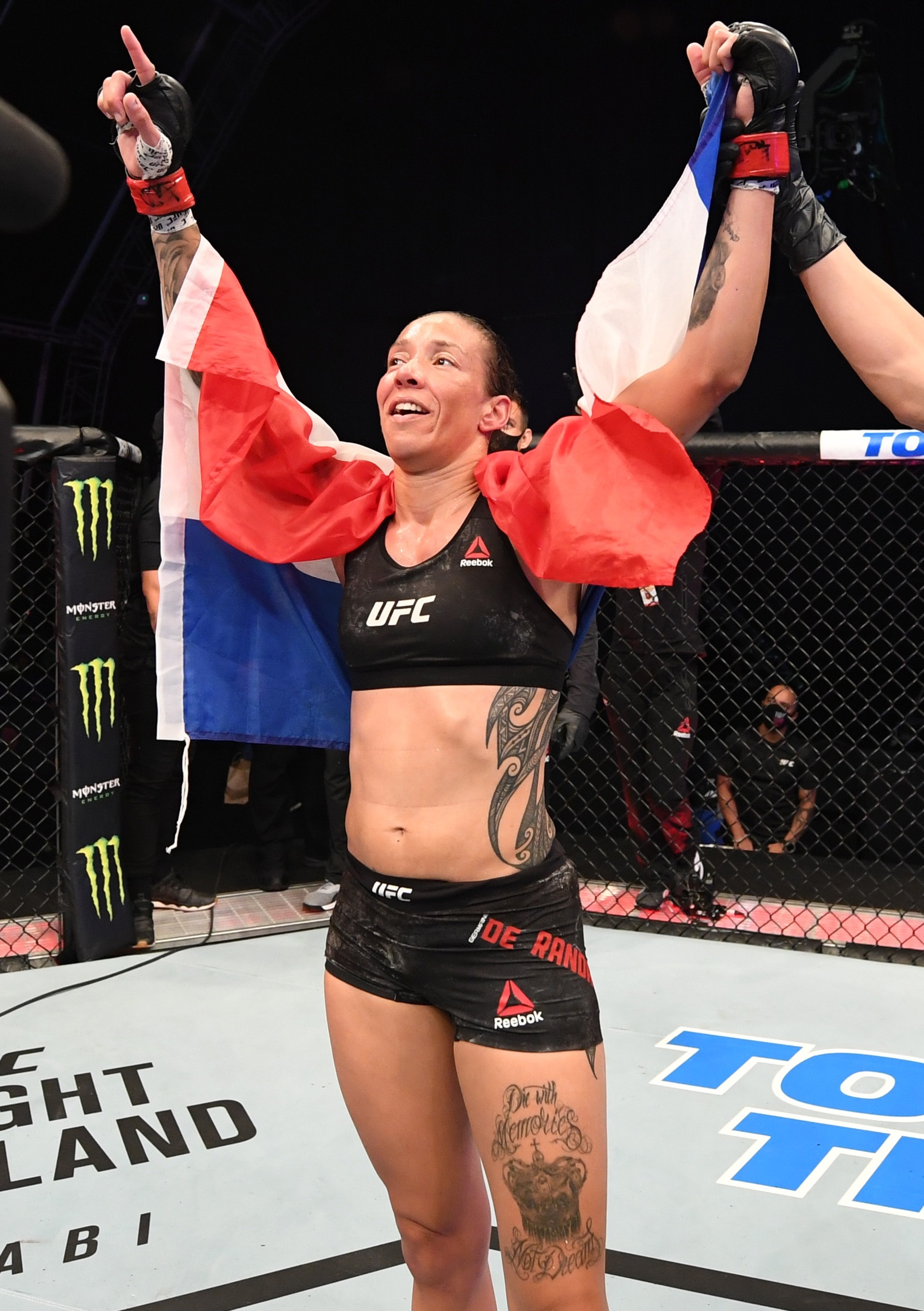 And a rematch is something the Dutch fighter fancies.

She added: "I tell everybody if you give me your neck, I’ll put you to sleep.

“I can only say still the No1 [contender]. Hold that belt, champ.

"Congratulations with your beautiful family. But I’m not done. The Iron Lady is here.”