THIS is the dramatic moment a TV reporter and his crew were left staring down the barrel of a gun before being robbed outside a football stadium in Ecuador. 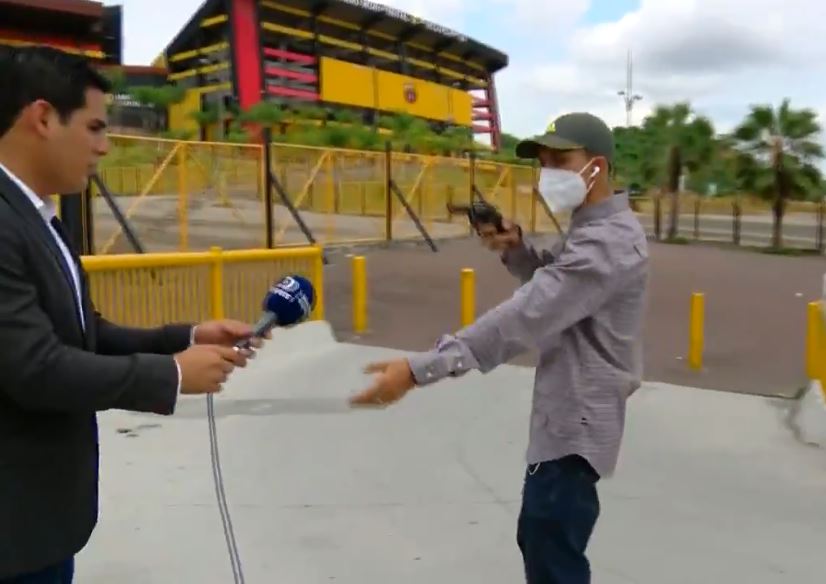 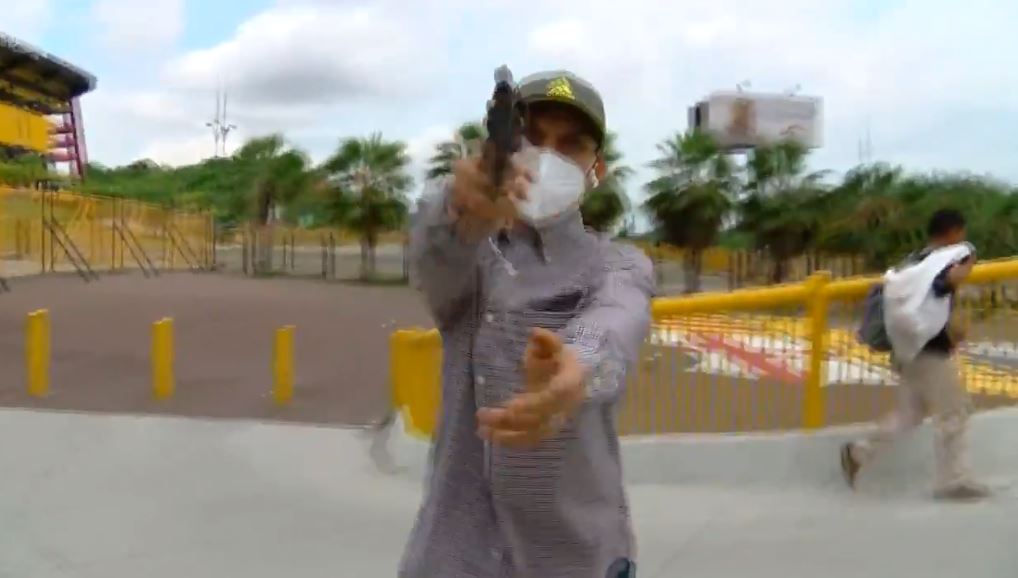 While filming on air, the crew were abruptly interrupted when a member of the public approached them pointing a gun in their direction.

Wearing a face mask and a cap, presumably to help hide his identity, the man reportedly asked for phones and their cameras.

According to Explica, one of the crew behind the camera handed over his phone before the man ran off.

The crew then attempted to film the man fleeing and spotted him on a motorbike with an accomplice escaping the area.

Ordinola uploaded the dramatic footage to Twitter alongside the statement: "We can't even work quietly, this happened at 1:00 pm outside the Monumental Stadium.

"The @PoliceEcuador promised to find these criminals."

The footage was retweeted over 5000 times, many with messages of support. 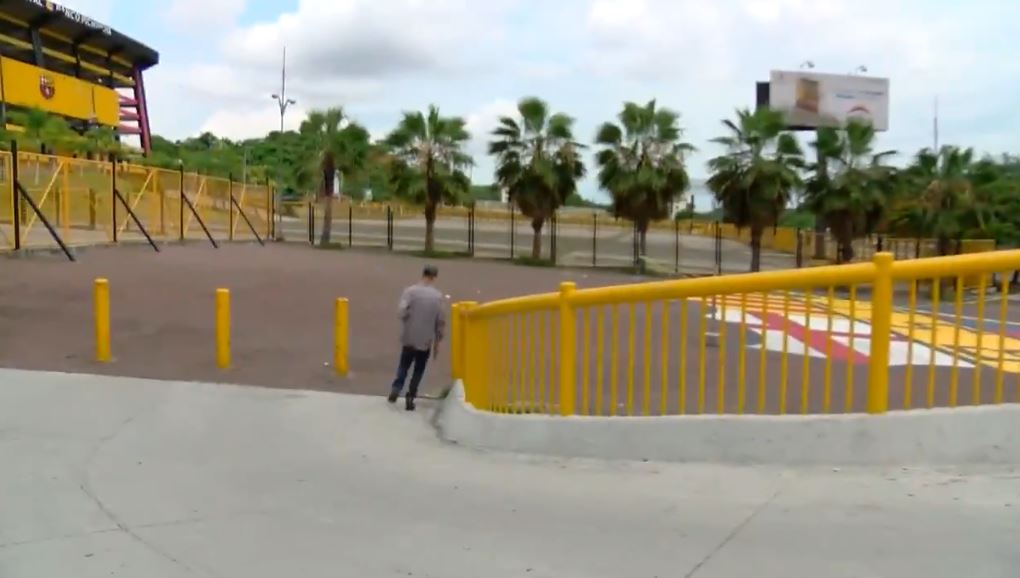 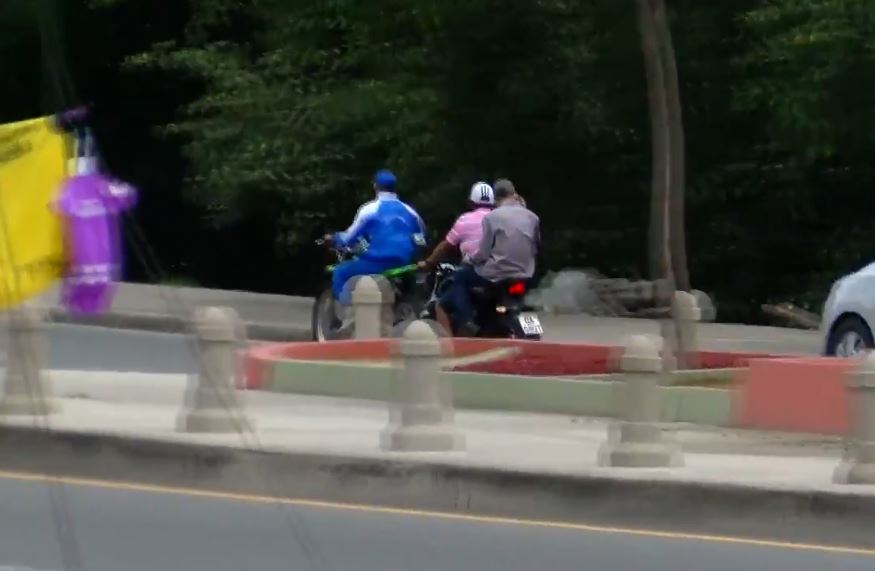 One follower even provided his own investigation after spotting the number plate on the getaway bike.

Ordinola then followed up with the message: "Thank you all for your messages of solidarity, I appreciate it very much.