Tottenham fans were bemused when they woke yesterday morning to the news their manager had written off their chances of a top-four finish. 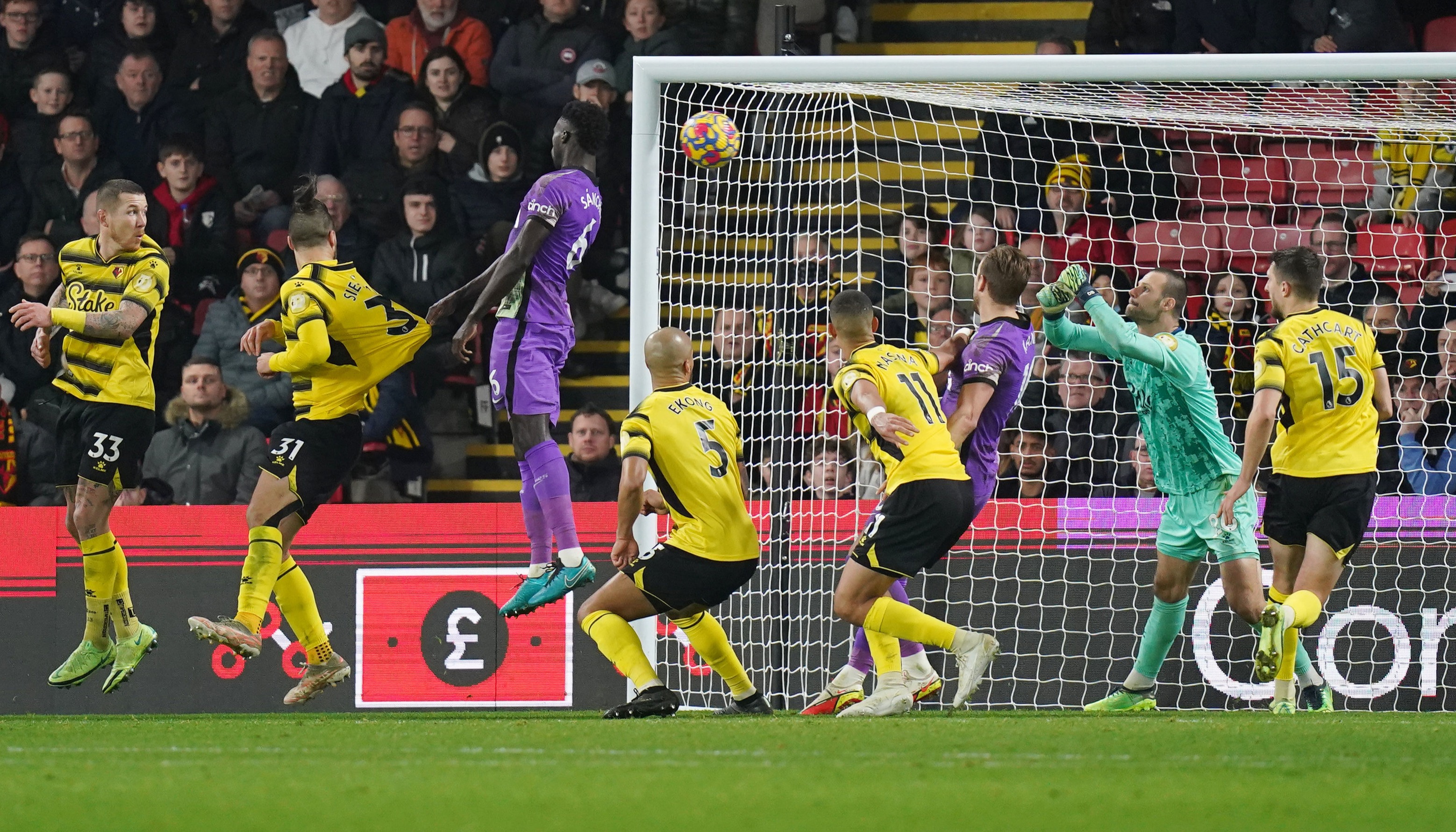 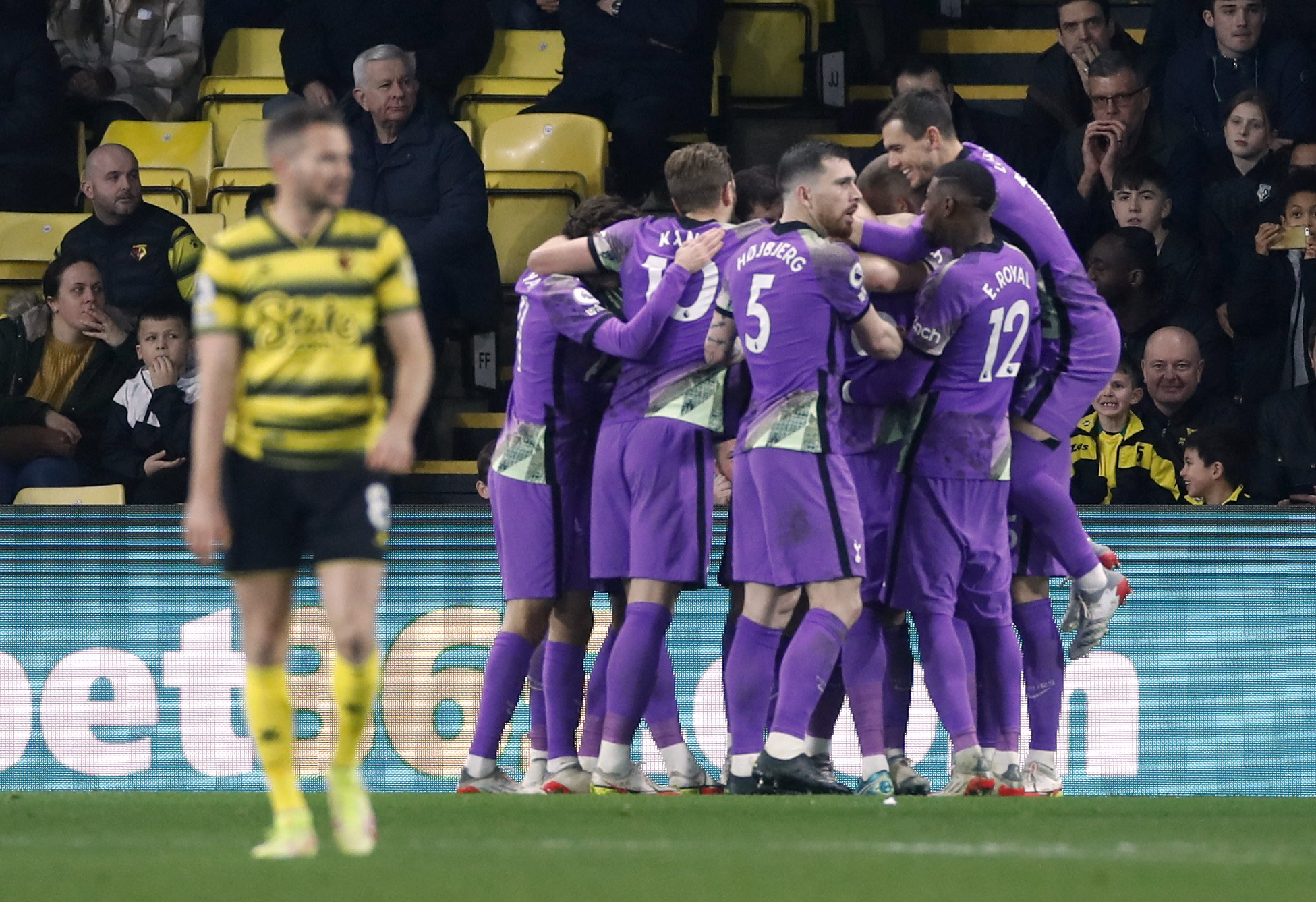 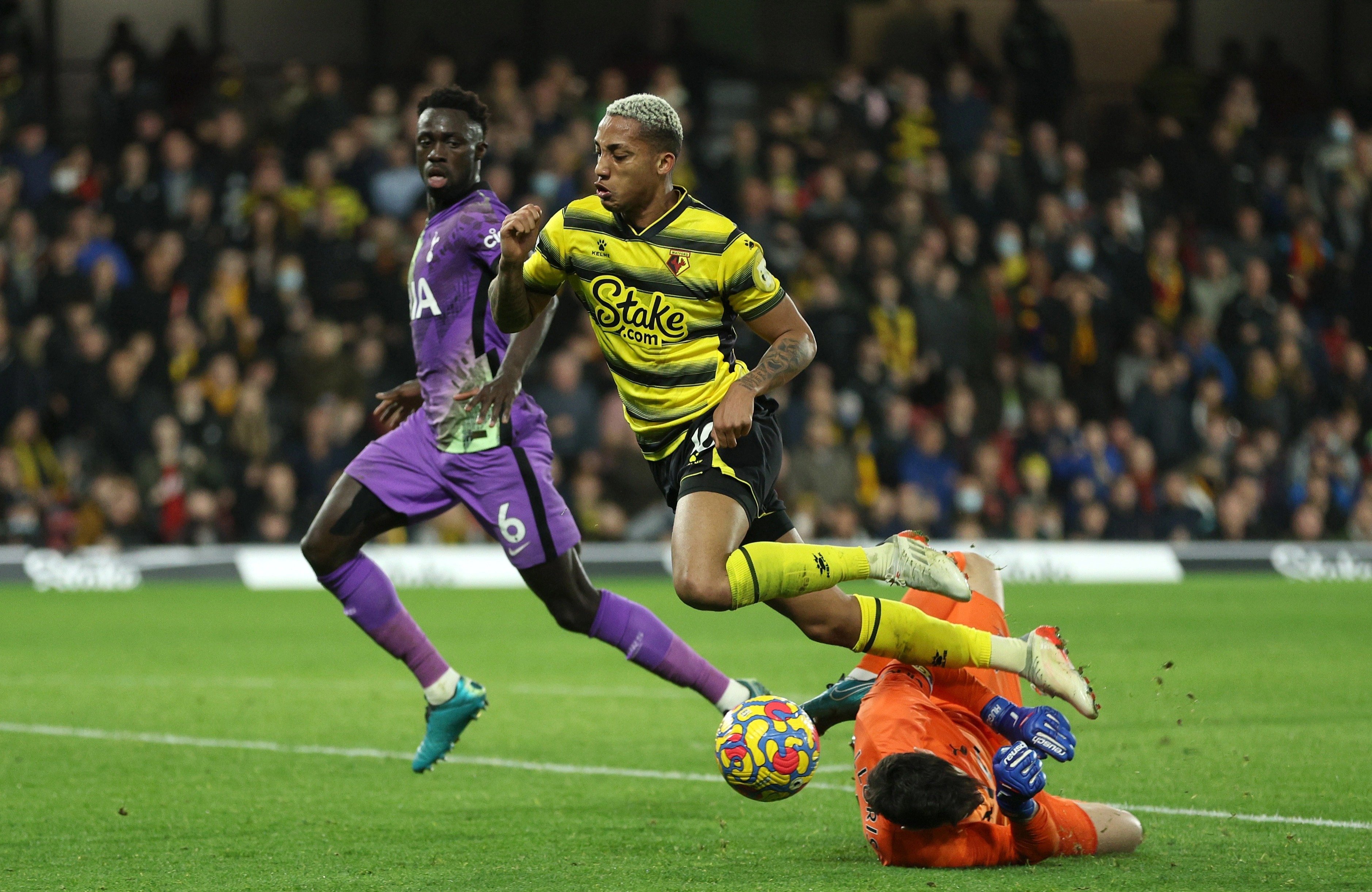 But Davinson Sanchez’s last-gasp winner kept up Spurs’ unlikely push for a place in next season’s Champions League.

The Lilywhites are now just two points behind fourth-placed Arsenal with two games in hand over their bitter rivals.

It is something nobody expected a few months ago when Tottenham were floundering under previous boss Nuno Espirito Santo.

But his sacking and the appointment of Conte as he successor has turned them around.

The Italian is yet to lose a Premier League match since taking over – with five wins and three draws from his opening eight top-flight encounters.

No wonder the travelling Tottenham fans were belting out their boss’s name after the final whistle.

Rarely has a former Chelsea chief been so popular at Spurs.

This was not a classic victory as Spurs carried on where they left off from Tuesday’s lacklustre 1-1 draw at Southampton.

But it was still nowhere near as bad as the dross served up under Nuno.

And in this business results are what matter most – just ask Claudio Ranieri.

The job Conte is doing at Tottenham is in stark contrast to that of his compatriots at Watford.

This was Ranieri’s 10th defeat in 12 matches in charge of Hornets.

And with their reputation for firing managers you cannot see the Tinkerman lasting too long.

Ranieri made three changes to his starting line-up following Tuesday’s 4-1 home defeat by West Ham by recalling William Troost-King, Imran Louza and Ken Sema – not that it made much difference.

Watford are like the Beano – Dennis up front and not much else.

Emmanuel Dennis did his best to get the Hornets going after Nigeria made a hash of his call-up to the African Cup of Nations. But it was to no avail. 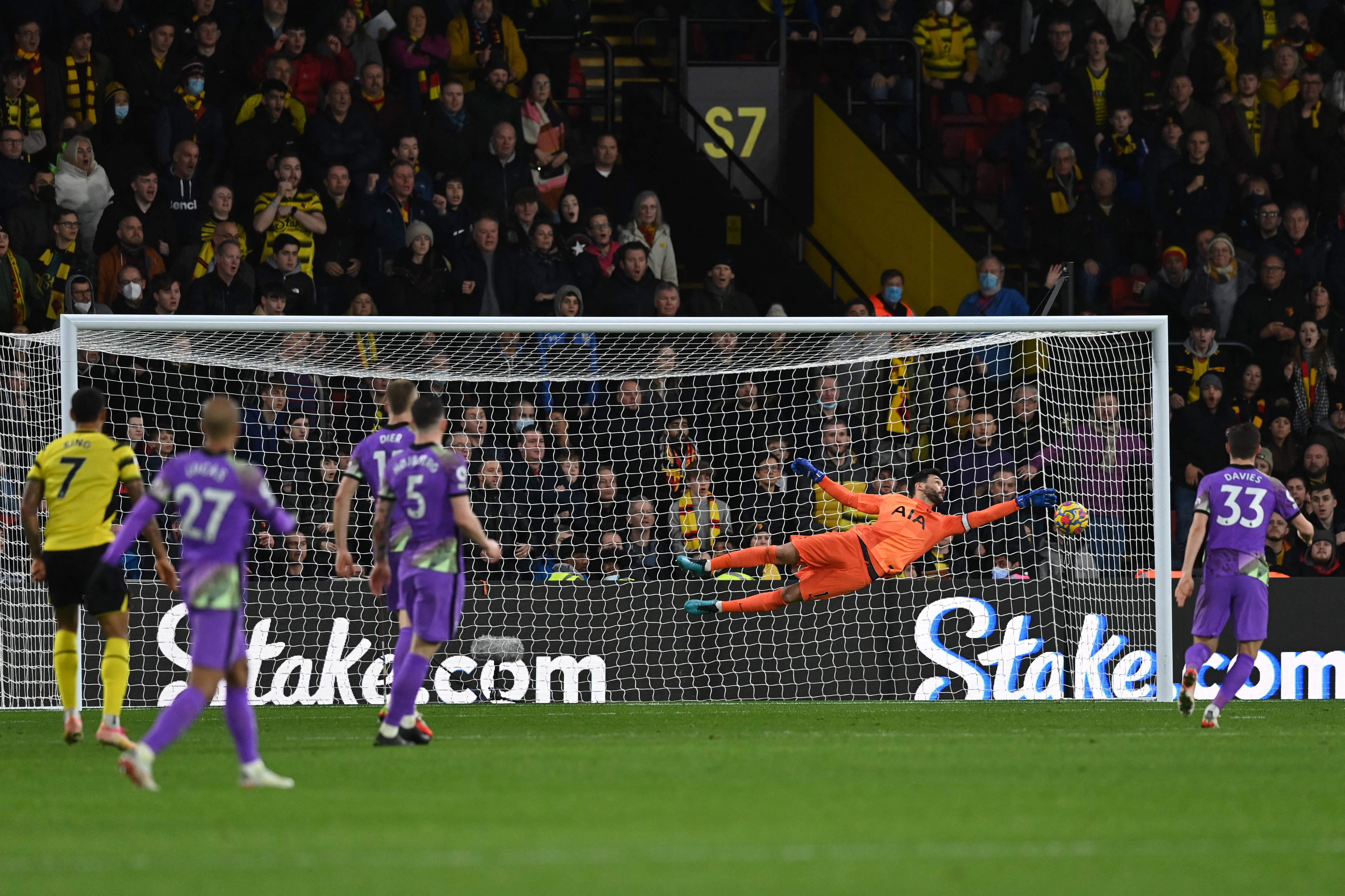 The striker probably wishes he was going to Cameroon after this.

The travelling Tottenham fans sung their traditional Glory, Glory Hallelujah, which was apt because for long spells this encounter had all the intensity of a Sunday church service.

Things looked promising when Dennis’ attempt to place a shot into the bottom corner was saved by Spurs keeper Hugo Lloris after 90 seconds.

But then the action went into a lull as Tottenham appeared to go through the motions.

Sergio Reguilon then had 20-yarder beaten away by Hornets keeper Daniel Bachmann before Kane steered a shot wide after Imran Louza had been mugged in his own half by Oliver Skipp.

Watford were fortunate not to concede two penalties before the break as Adam Masina and Juraj Kucka – definitely not Kaka – practised their set-piece wrestling moves on Harry Kane and Eric Dier respectively. 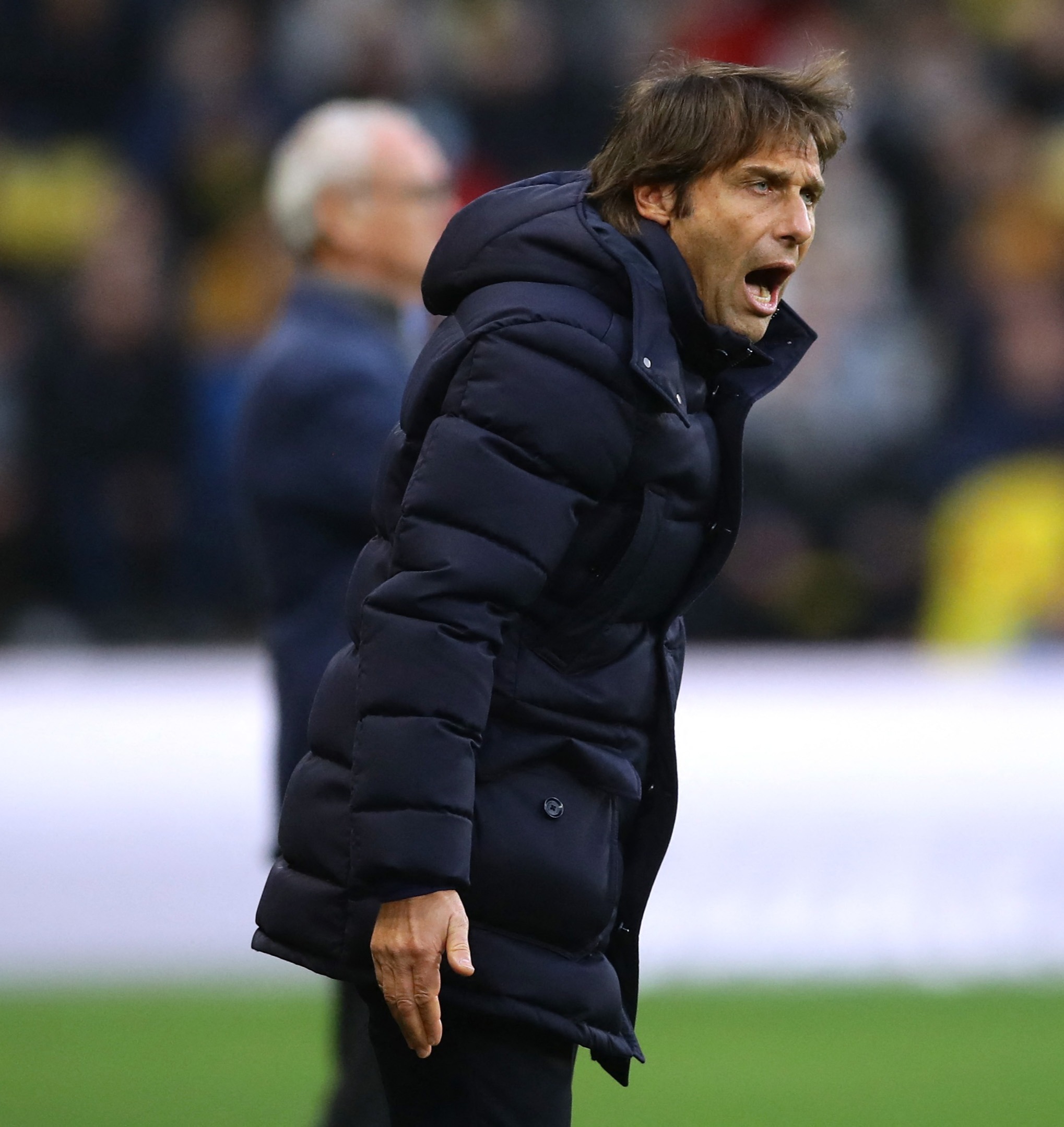 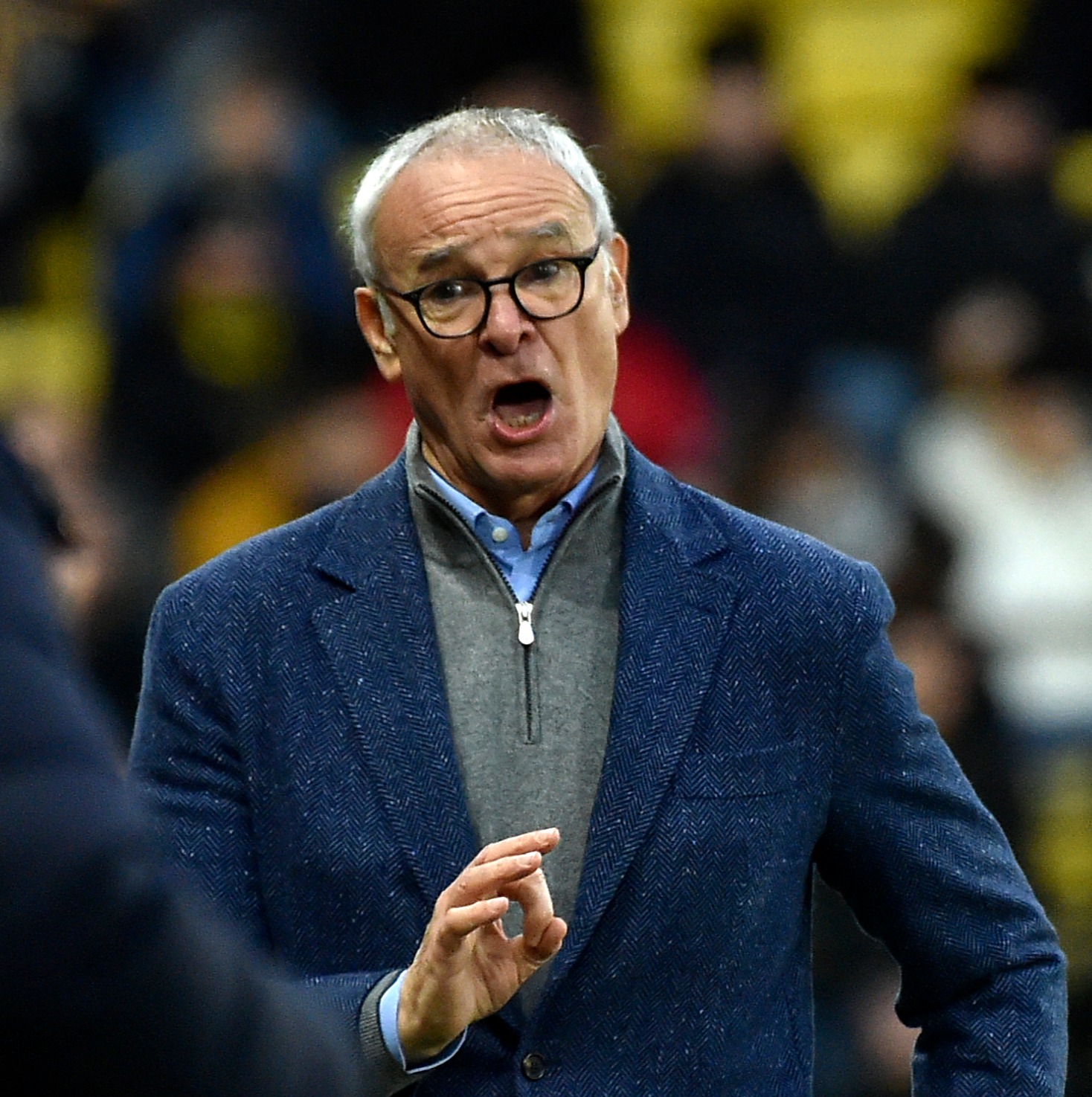 Ranieri replaced Dennis with Joao Pedro at half-time and the game finally livened up.

Lucas Moura had a drive saved by Bachmann who then tipped another effort from Kane over the bar.

But Tottenham were not having all their own way with Josh King’s shot producing a stunning one-handed stop from Lloris.

Son Heung-min should have put Spurs ahead from Emerson Royal’s 66th minute cross but his too-clever-by-half backheel trickled wide when an open instep would surely have sufficed.

The South Korean’s hooked volley from Moura’s pass was then brilliantly saved by Bachmann, the gloved crusader, as the visitors began to turn the screw.

Watford claimed a penalty when Pedro was sent flying as he tried to round Hugo Lloris. 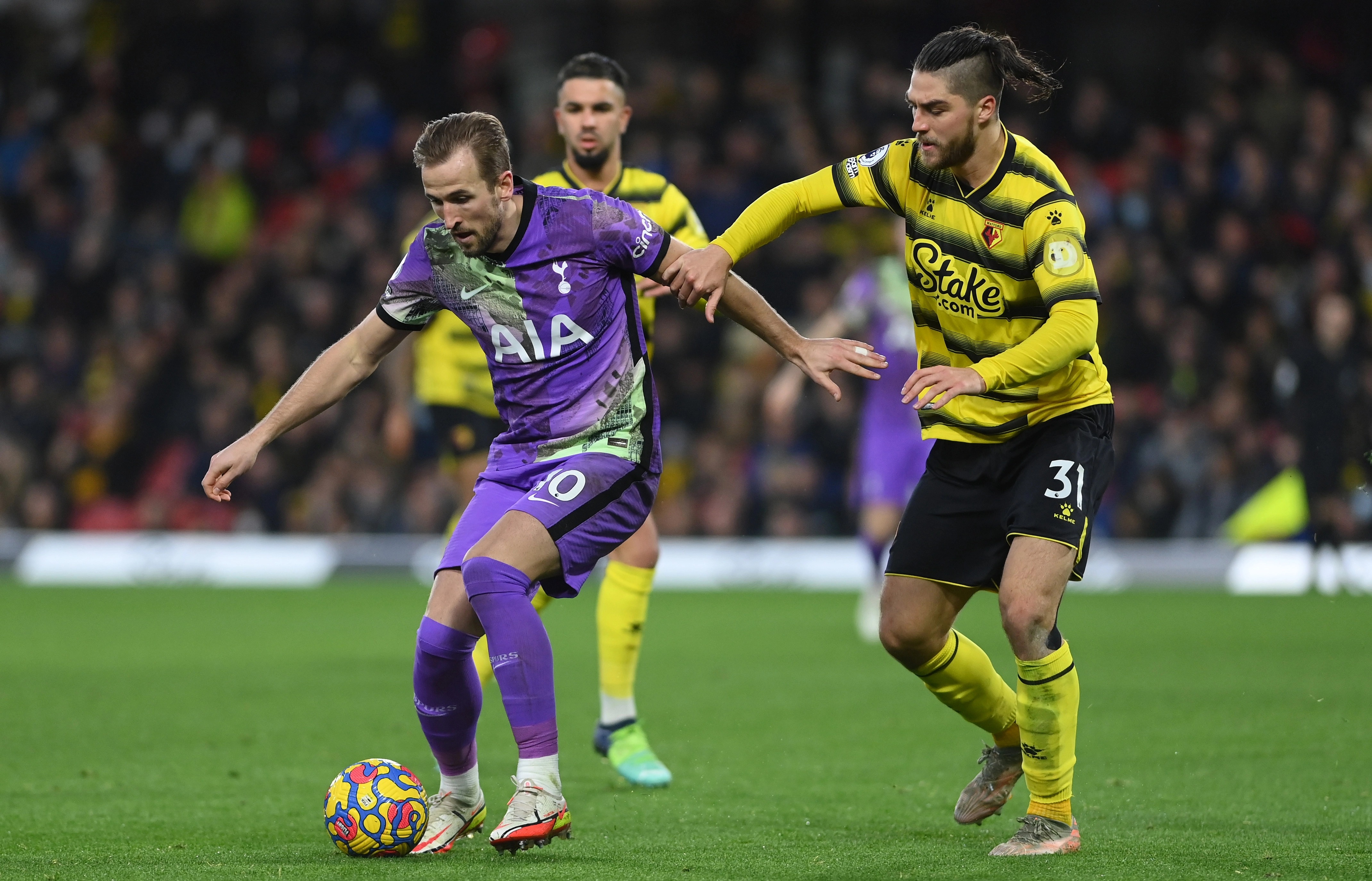 Ref Rob Jones waved play on and VAR Lee Mason ruled no foul to the fury of the home fans.

Giovani Lo Celso came off the Spurs bench to make his first appearance since November 7 before the game was halted in the 85th minute for a medical emergency with a fan in the Graham Taylor Stand.

After a six-minute delay play resumed and Watford were left wishing it had not as Sanchez climbed above the lead-footed Francisco Sierralta to head home Son’s free kick for the winner.