CROWD trouble broke out in the Hungary section of the crowd within three minutes of kick-off at Wembley.

Scores of Hungarian supporters made a beeline for stewards working in the small area cordoned off for visiting fans. 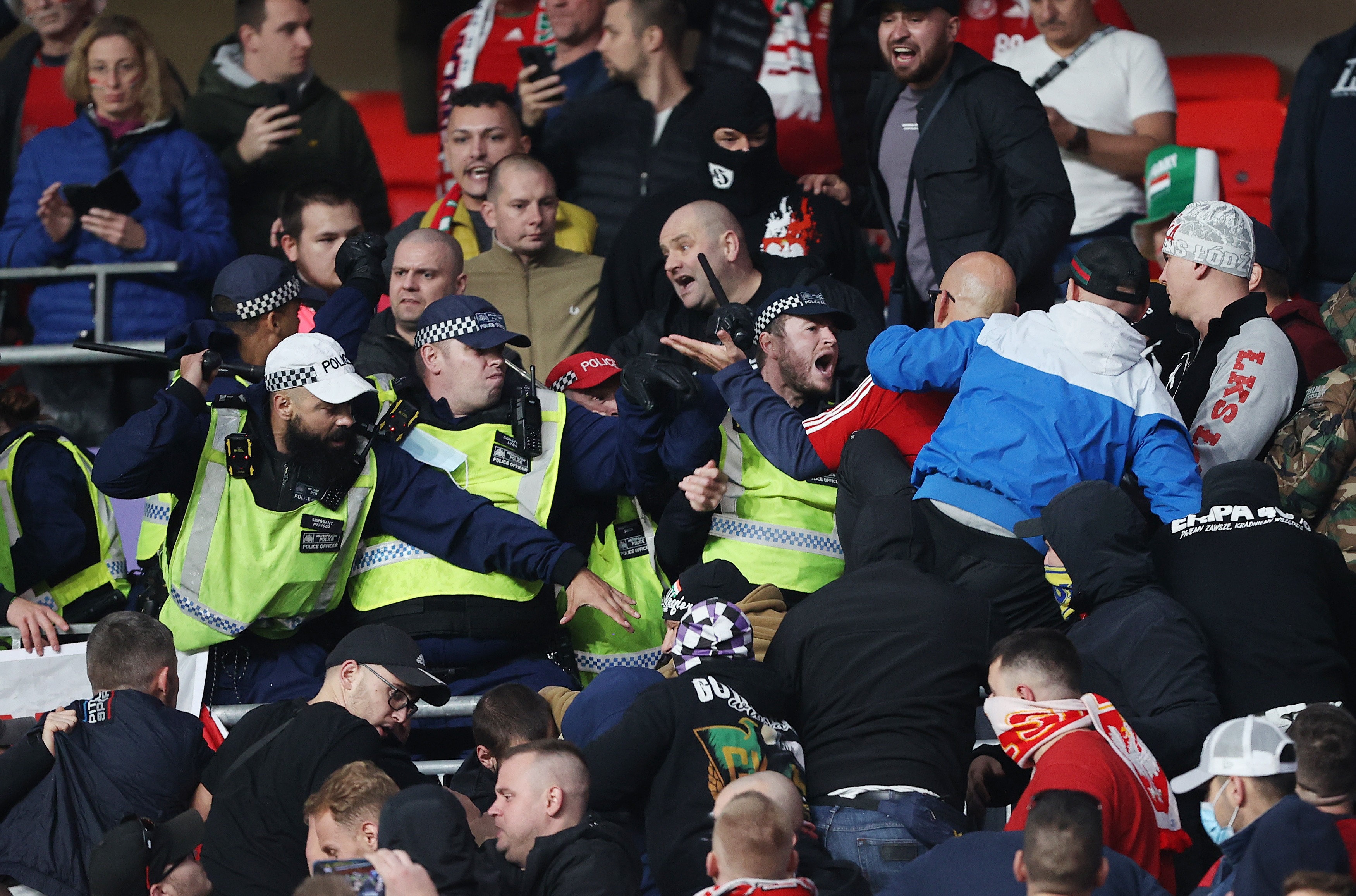 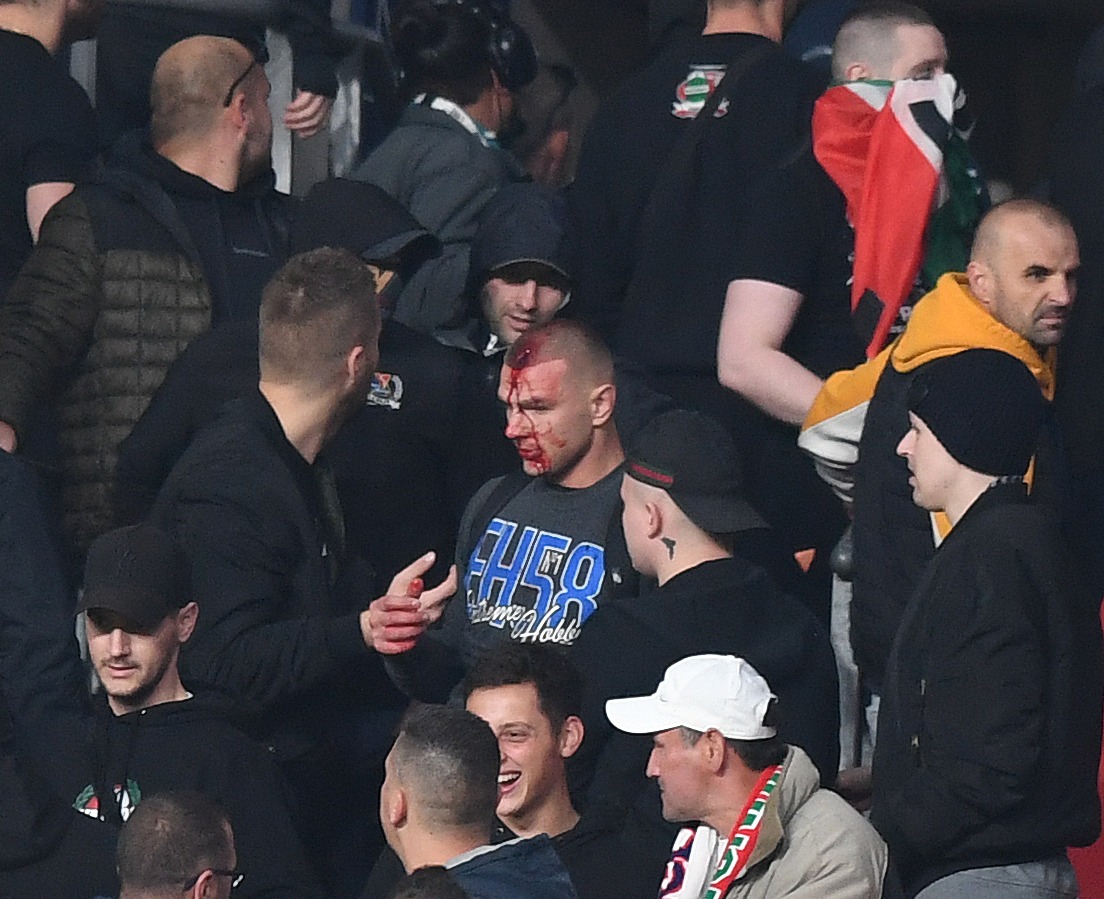 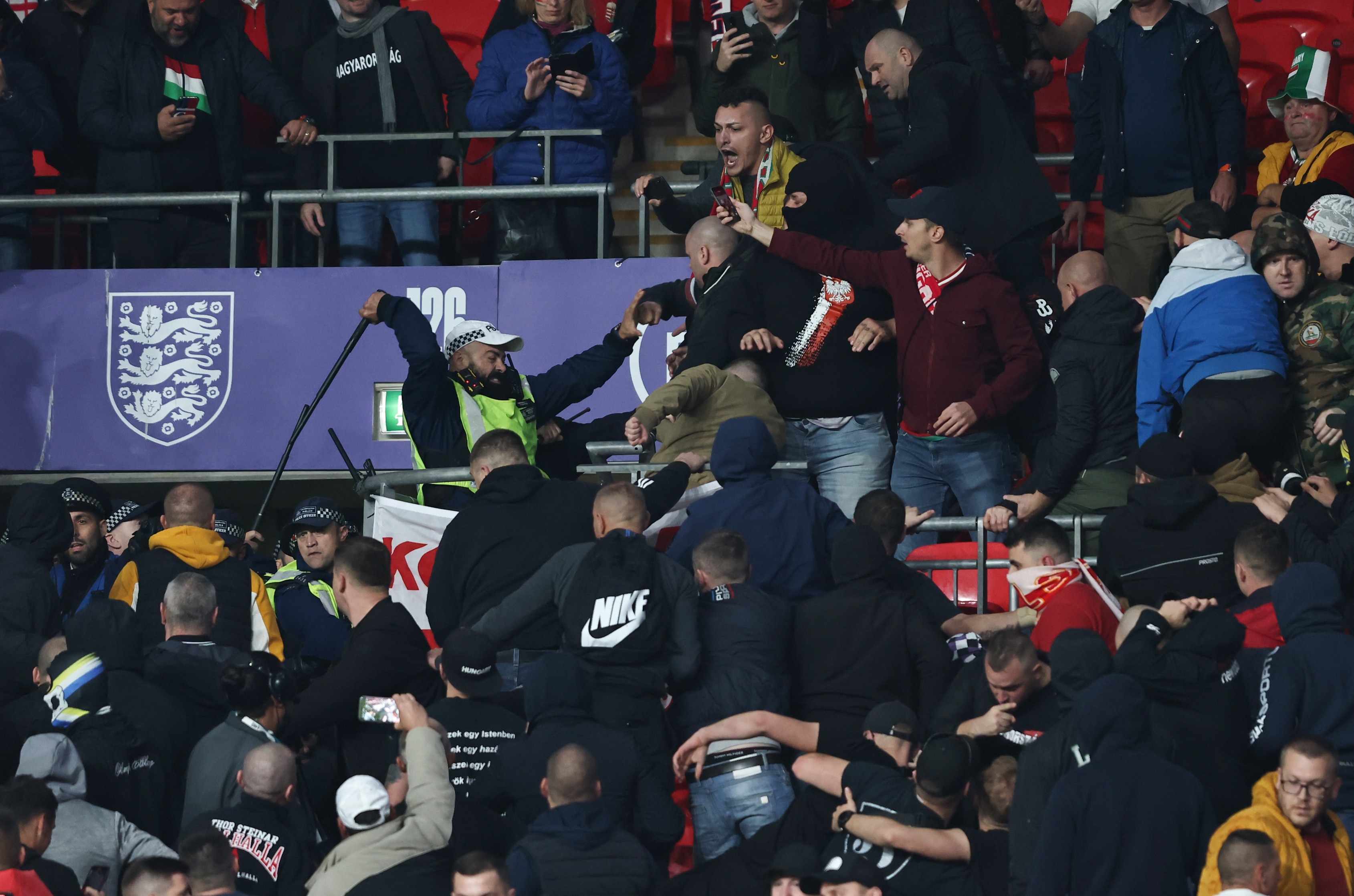 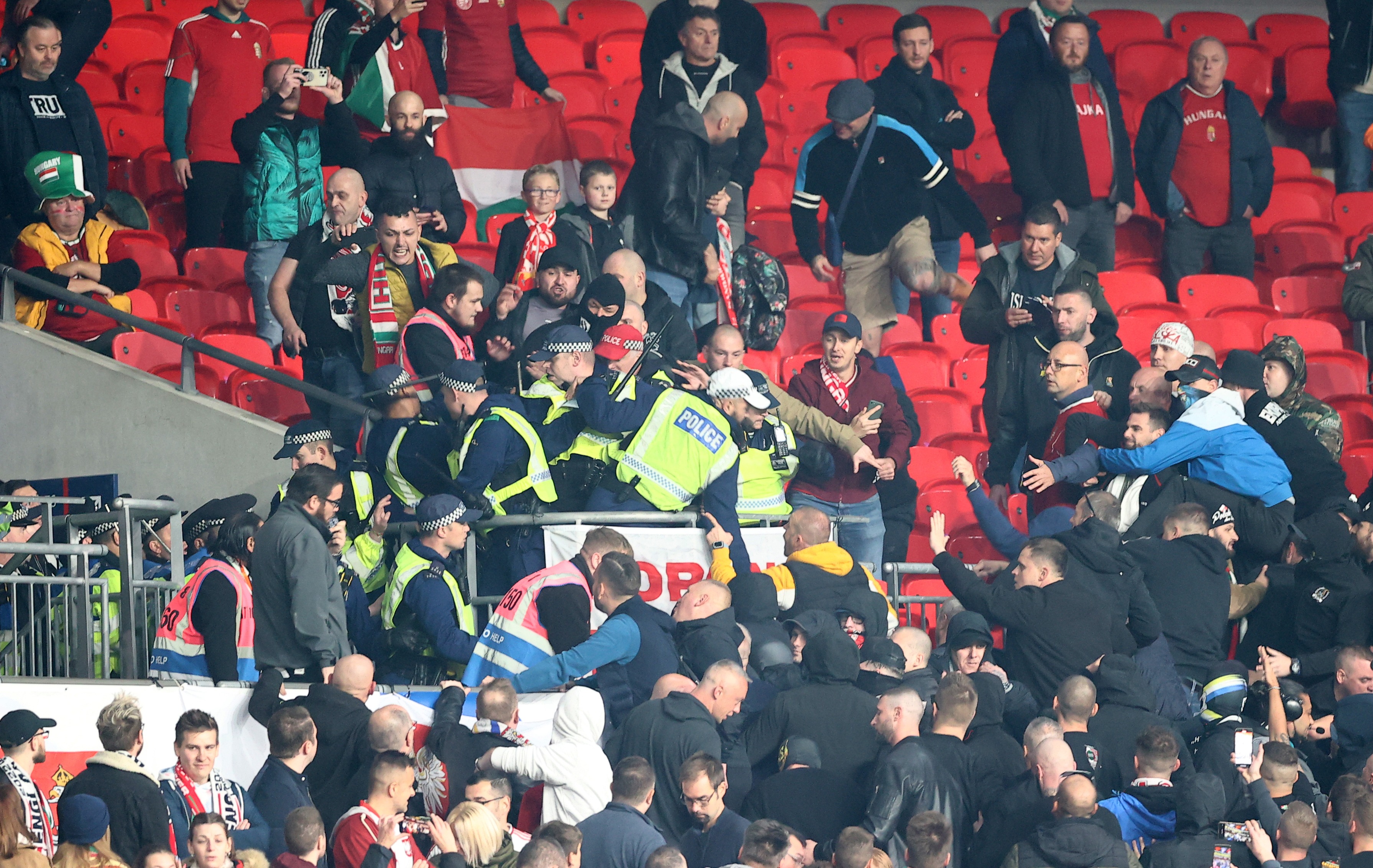 In terrifying scenes, the group of stewards, numbered around 20, were left to protect themselves under attack from all angles as tensions spilt over.

They were received welcome reinforcement from police who attempted to wade in with batons in an effort to restore order.

But the line of stewards and police were driven down through the tunnel under the stands as punches and kicks rained in on them.

Play continued as normal as England attacked down the left wing, yards from where the trouble was.

Riot police and stewards finally restored order underneath the stands, as tempers started to settle down.

It is the second time trouble has flared at Wembley this year, following the storming of the turnstiles at the Euro 2020 final in July.

The FA are still awaiting a disciplinary decision from Uefa over that incident – and the governing body are sure to investigate this latest violence.

The FA had been expecting around 1,000 visiting supporters for the World Cup qualifier, the majority of them based in the UK.

Before kick-off the Hungarian fans loudly booed as England players took the knee, while the visiting team remained standing.

A banner was unfurled which showed a symbol against kneeling – but the home support responded with loud applause.

Riot police have now taken up position under the stands beneath the small away section in case of more trouble.

Tonight’s match at Wembley is the return game from the one that took place at Puskas Arena last month in which racist abuse was aimed at England players.

Three Lions players were also pelted with objects in the second half and a flare was thrown on the pitch by the home fans, with Fifa opening disciplinary proceedings after the game.

Despite Uefa ordering Hungary to play three home games behind closed doors after their supporters’ discriminatory behaviour at Euro 2020, fans were allowed in as the game came under Fifa’s jurisdiction.

England condemned the abuse as 'completely unacceptable' while British Prime Minister Boris Johnson urged Fifa 'to take strong action against those responsible for the disgraceful behaviour'. 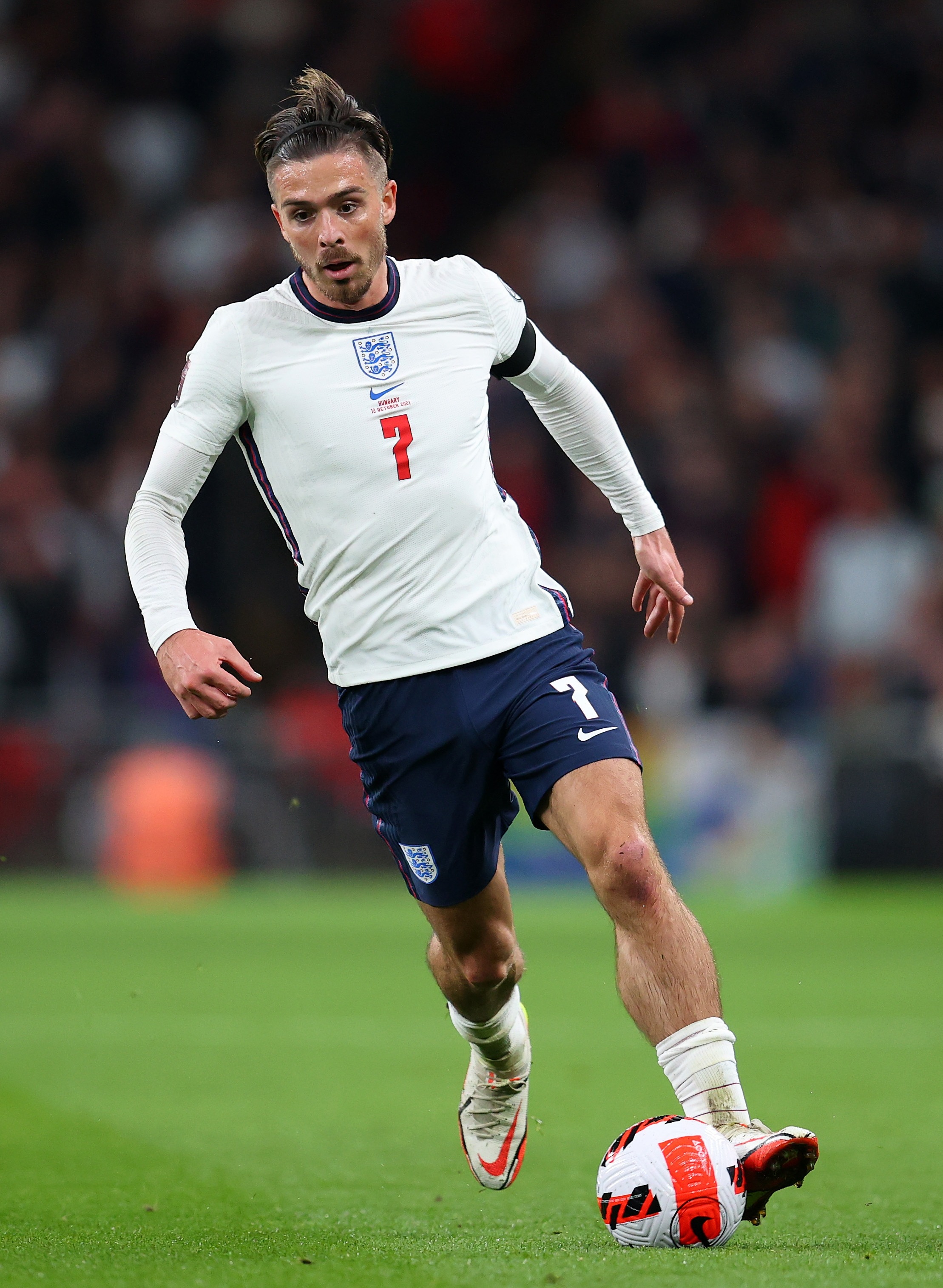 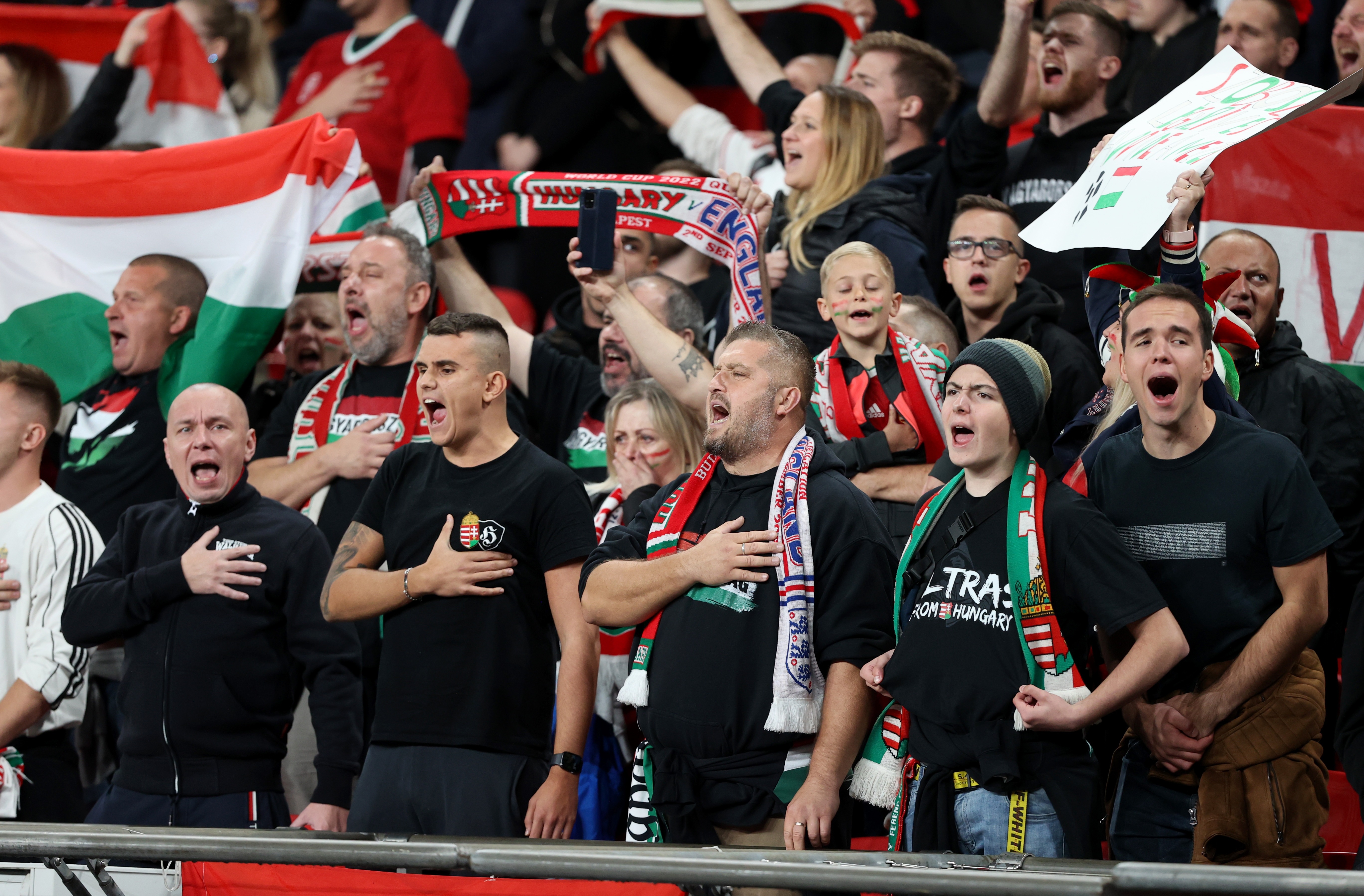 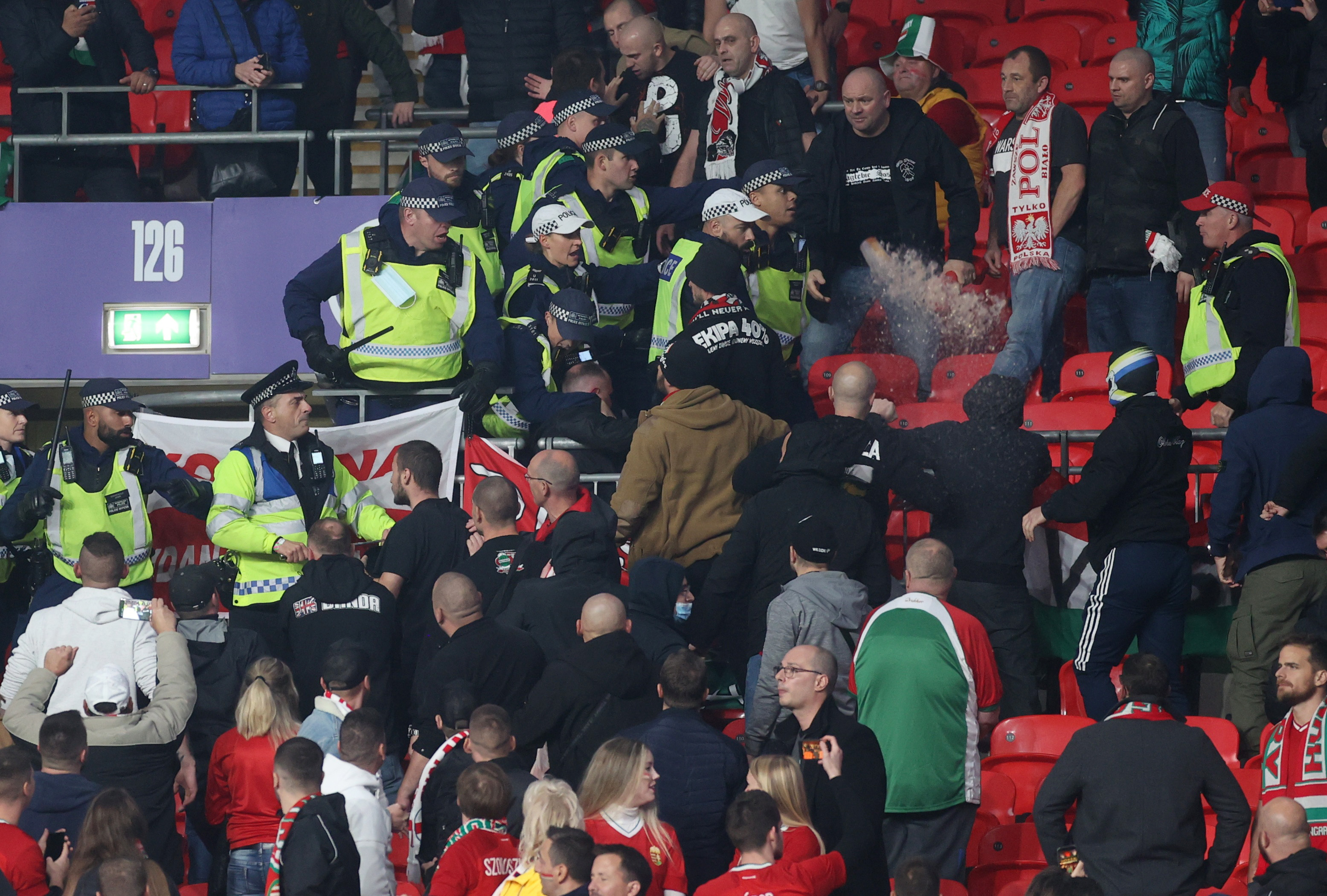