Who is Guido? Why is Pep Guardiola wearing a t-shirt with supportive message on?

The Spanish coach wore a T-Shirt which had the message 'We're with you Guido' emblazoned on it. 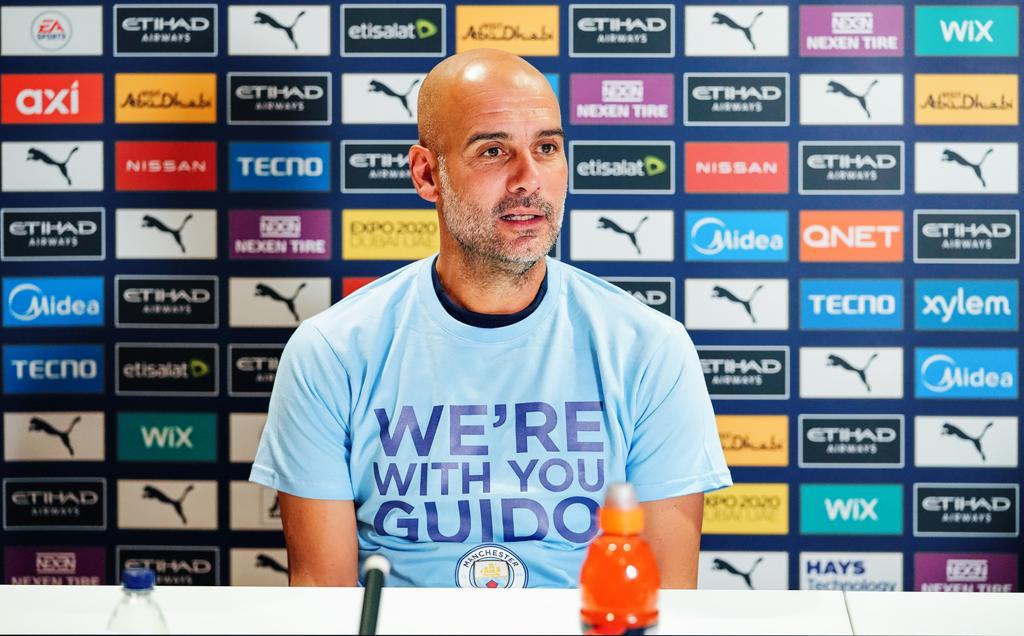 Guardiola spoke about De Pauw and what happened to the 63-year-old following City's win over Club Brugge on Tuesday.

Who is Guido de Pauw?

De Pauw, a City fan from Belgium, was attacked after the English side's win over Brugge in the Champions League.

The attack took place at a service station new Drongen, which is where City star Kevin de Bruyne is from.

De Pauw is currently in stable condition in hospital but is in a coma and doctors have described his situation as life-threatening.

So Guardiola wore the T-Shirt as a show of support on Friday, and he could do the same this weekend when City take on Brighton.

“Of course all the club and the organisation, from our chairman Khaldoon and every person here, we are with him," Guardiola said.

“We are quite optimistic because the last hours he is getting better.

“Of course he has all the support from the club for what they need with the investigation from our club.

“We are sending a big hug for him and all his family and we wish he comes back to Etihad Stadium soon to follow us.

“Hopefully this isn’t going to happen again. It’s difficult to understand why people go to enjoy a football game and this kind of terrible things.

“I’m pretty sure Bruges will do the right investigation on that and they can take the person or the people involved in this.”

Man City take on Brighton at the AMEX Stadium on Saturday afternoon.