It may have taken extra time for Gareth Taylor’s side to claim yet another big scalp at the national stadium – but they have now lifted silverware for a second year in a row. 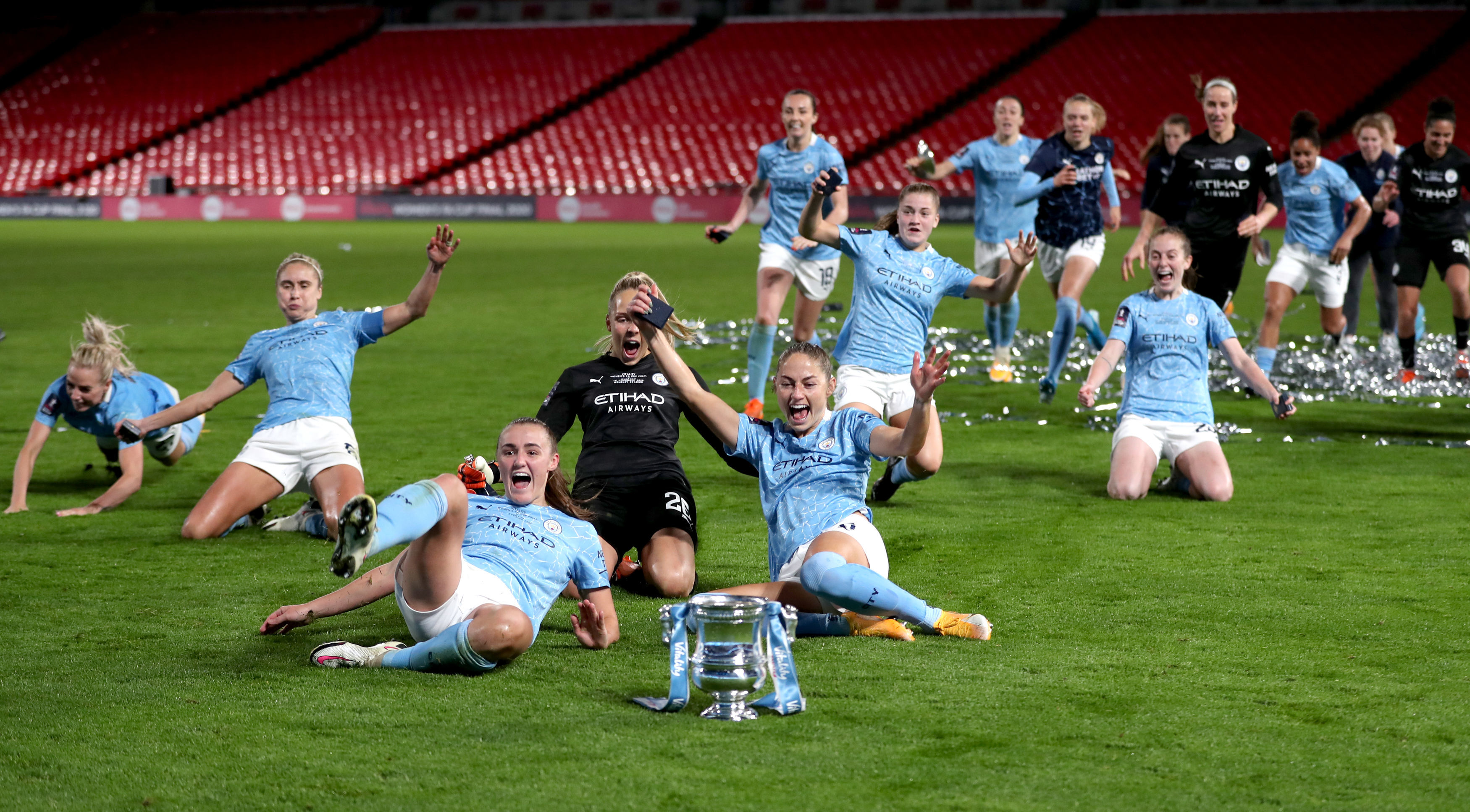 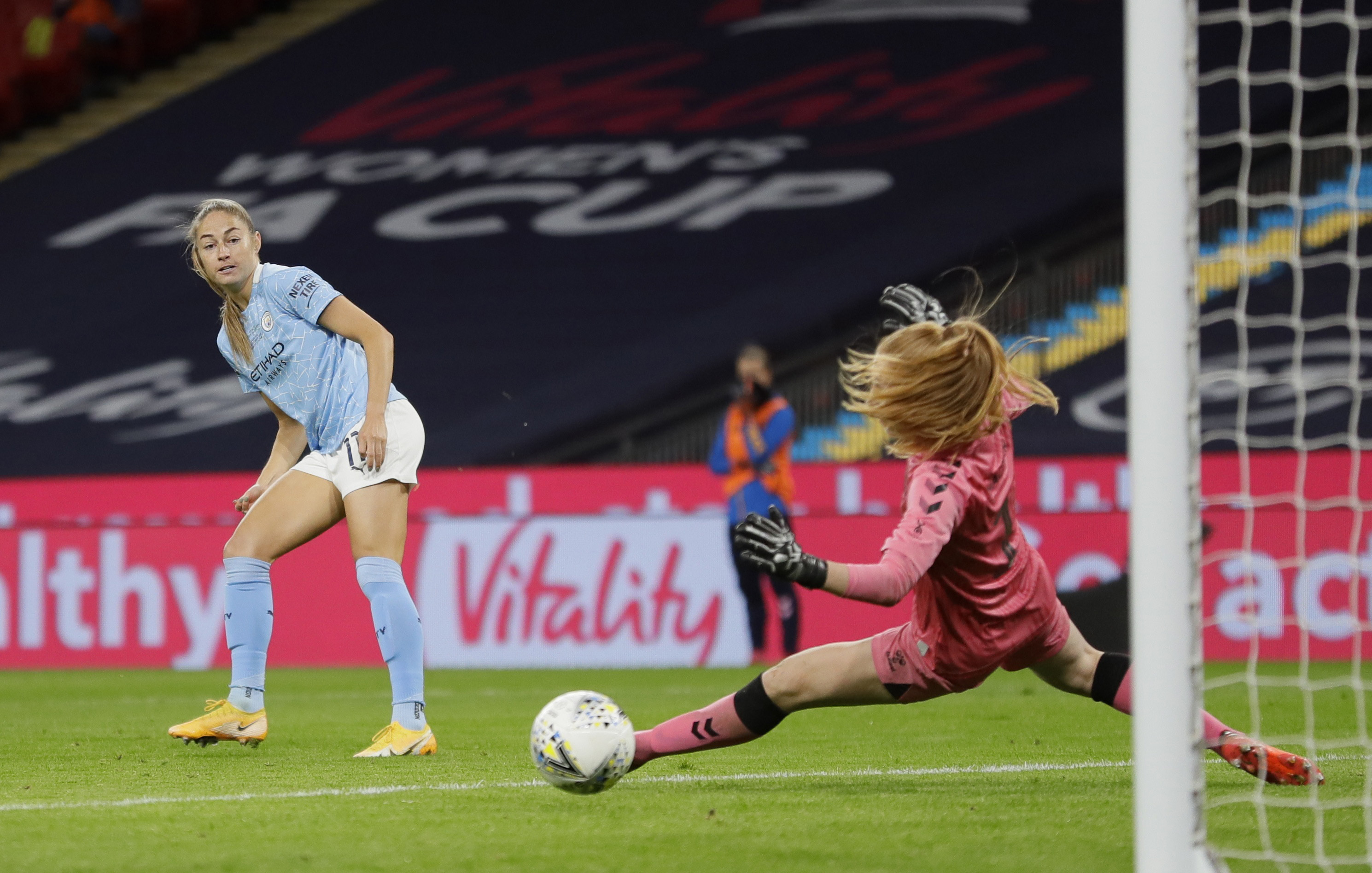 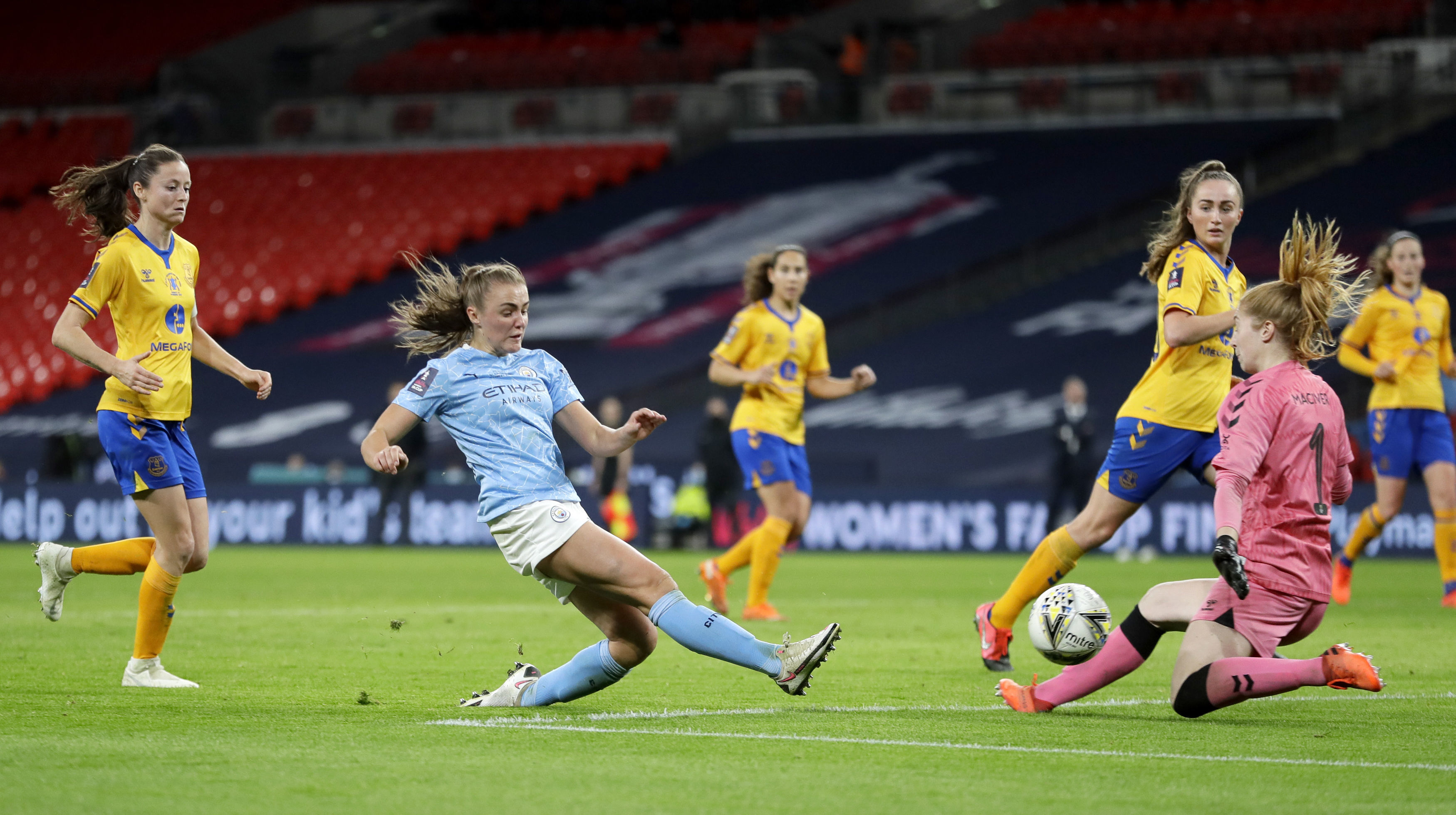 It was appropriated that Stanway, who scored for City in the last FA Cup final, held her nerve to snatch the winner when a penalty shootout had been looming.

The Barrow-born 21-year-old, who came on in the 63rd minute, also teed up Janine Beckie to net City’s third goal with the last kick of the game.

It was Sam Mewis who got Taylor’s side on their way after she rose highest to head home an inch-perfect corner from Alex Greenwood, before Valerie Gauvin clawed back the equaliser after the break.

The Merseysiders almost suffered a major blow when the strike sensation had gingerly limped off the pitch after being mowed down by Houghton on the stroke of half-time.

The French star was back on with heavy knee strapping and missing a yard of her electric pace, but just when you thought she was down and out she got the Toffees back in it.

Cue mayhem on the Everton bench after she nodded home Izzy Christiansen’s corner on 60 minutes.

Merseyside keeper Sandy MacIver was the deserved woman of the match after making three genuine world-class stops to deny the opposition.

But slowly, surely, steadily, City first established a foothold, then a gradual dominance.

They just needed a sniff of goal – which arrived from Stanway and then Beckie in the dying moments. 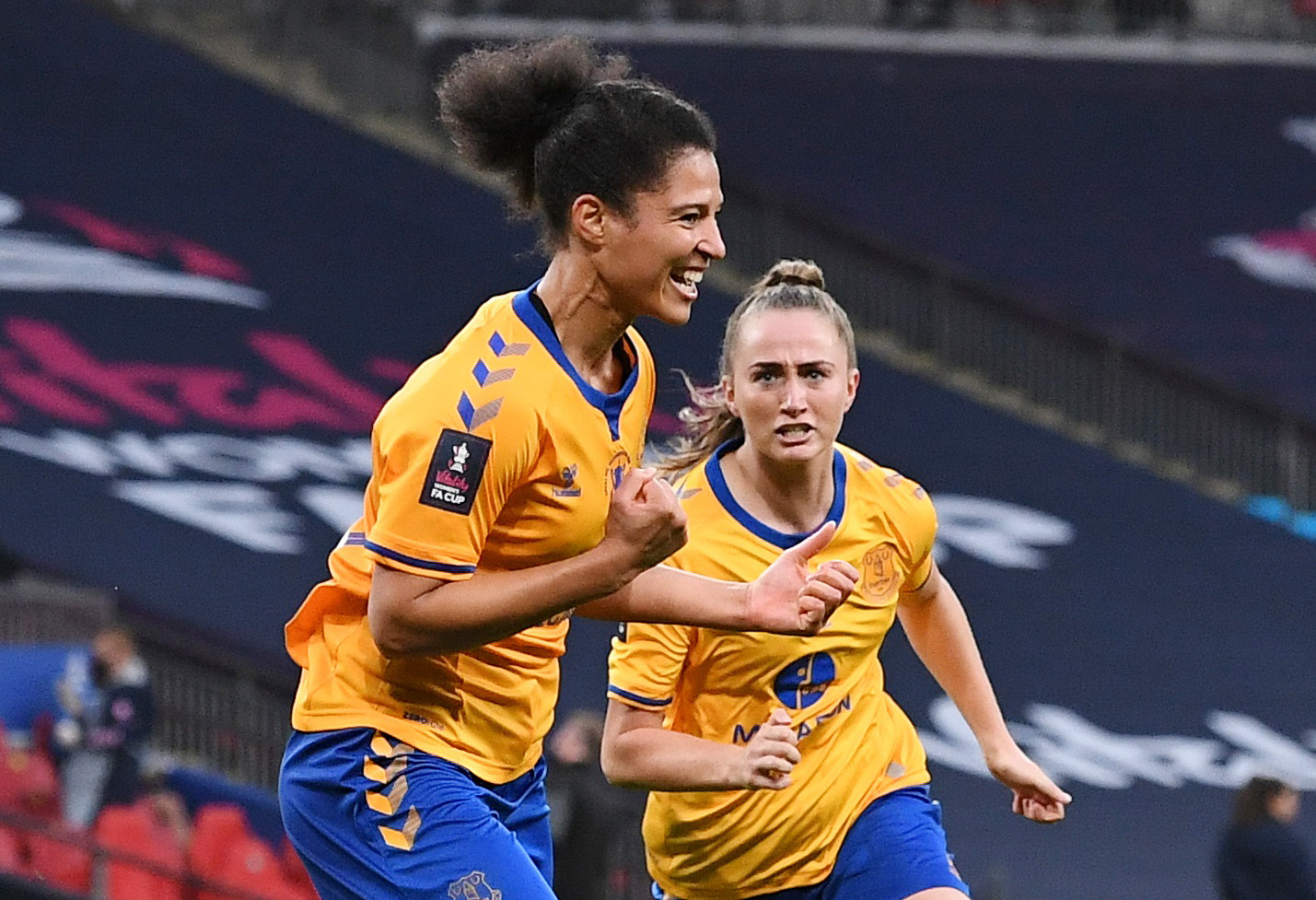 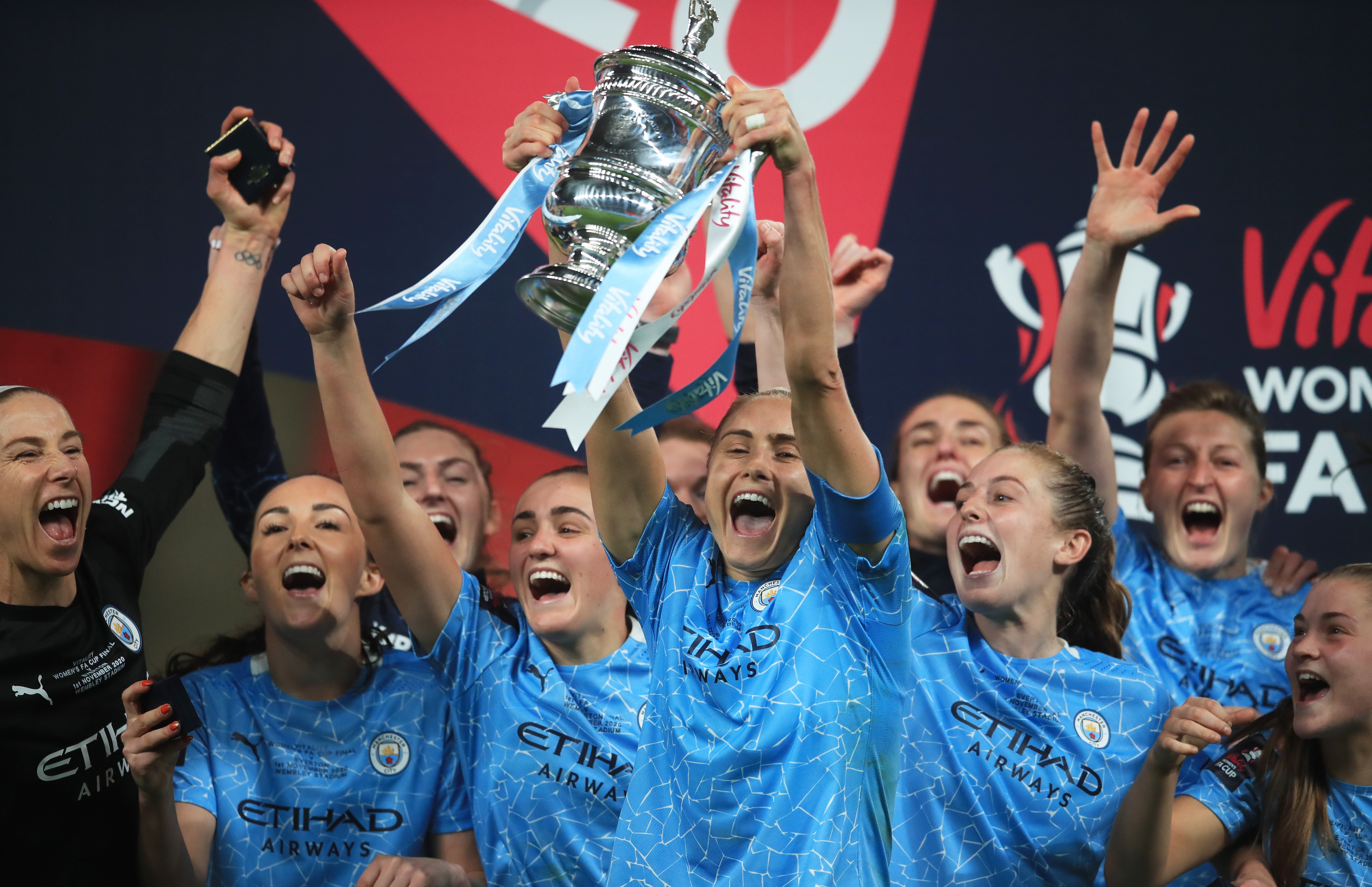