REVEALED: Dozens of official FIFA-approved World Cup hotels in Qatar are REFUSING to admit LGBTQ+ guests or telling same-sex couples to modify their behaviour and to not ‘dress gay’

World Cup hotels in Qatar have refused to allow gay guests to stay and others have asked customers to modify their behaviour during their visit, including one insisting that patrons do not ‘dress gay’, according to an investigation.

FIFA and the Qatari authorities have previously insisted that everyone is welcome at the tournament, includiing LGBTQ+ fans, but a survey conducted by Swedish and Danish media has cast further doubt on those claims.

Journalists said they contacted 69 hotels in the Middle Eastern state, which were listed on an official World Cup website, approved by FIFA, posing as a newly-wed gay couple seeking a room. 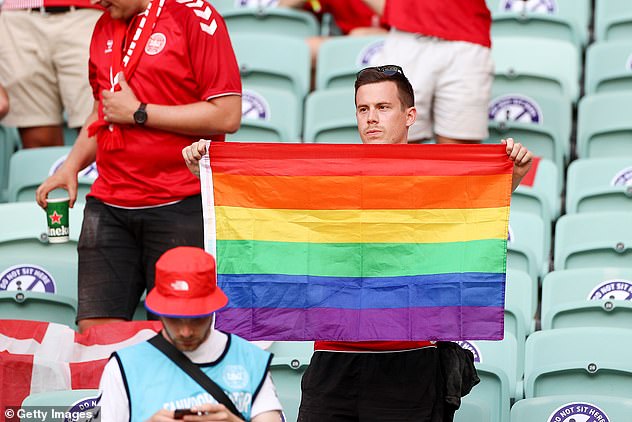 According to NRK, SVT in Sweden and DR in Denmark, three hotels refused to accept the reservation, with one suggesting it would be against hotel policy to do so.

A further 20 hotels advised the couple to modify their behaviour to avoid public displays of affection during their stay, suggesting the pair ‘don’t dress gay’.

While thirty-three hotels on the recommended list for the World Cup, which opens in Qatar on November 21, accepted the male couple could book, the survey found one third did not or had concerns.

The findings of the study appear to be in contrast to FIFA president Gianni Infantino’s remarks made in November last year, as he switched on a World Cup countdown clock in Doha, 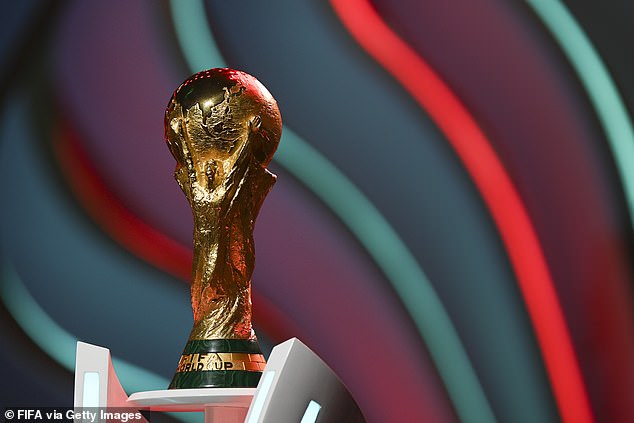 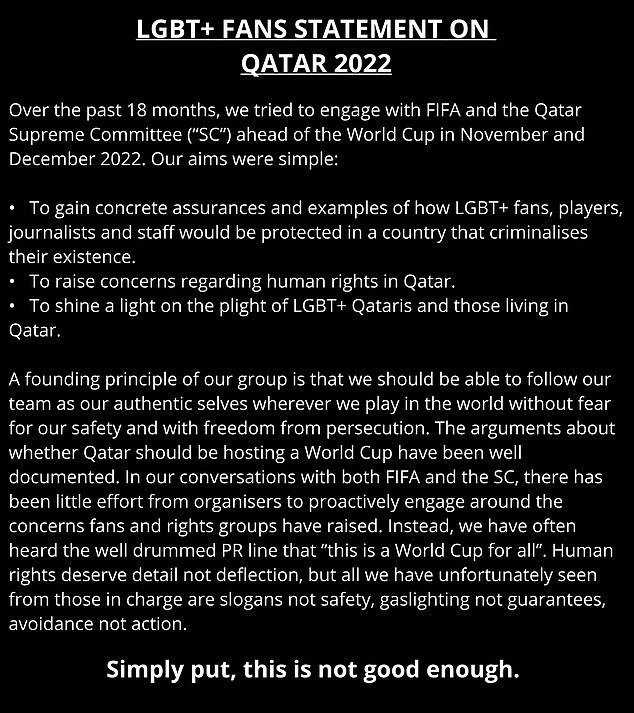 Infantino insisted that ‘all are welcome in Qatar’ and the head of soccer’s world governing body urged LGBTQ fans and all others to attend the tournament and ‘engage and speak and convince’ in a bid to influence the Gulf Arab state’s policies.

‘We cannot think that if we stay home and just criticize things will change. Things have improved. Things will continue to improve,’ he said.

The event was also attended by David Beckham and Samuel Eto’o.

Homosexuality is illegal in Qatar and according to Amnesty International, same-sex relationships can lead to criminal charges and a prison sentence of up to seven years. 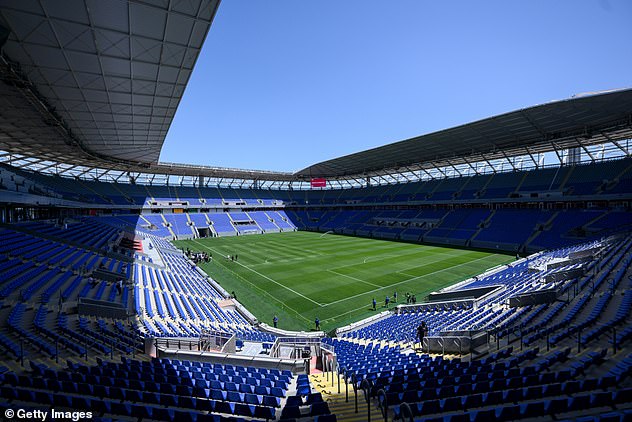 However, the Qatari authorities have been clear that LGBTQ+ people can book and share rooms during the tournament.

The survey of approved hotels was conducted at the end of March and the journalists did not specify a date for their honeymoon.

Reservations at World Cup hotels require a match ticket, so the researchers contacted the venues by email and telephone to enquire about hotel policy. 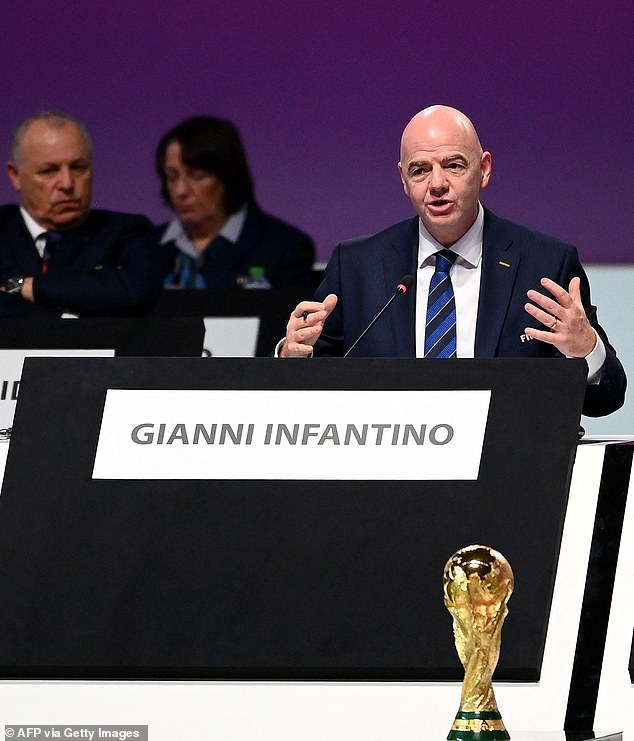 Among the hotels that warned the couple they should be careful how they behave in Qatar, one said: ‘If you put on make-up and dress gay, it goes against the country’s and the government’s policy.

‘But for our hotel, it’s okay [to book], if you dress appropriately and do not exhibit sexual behaviour or kiss in public.’

Another hotel replied: ‘I would like to inform you that we have previously had incidents where the police have picked up Qataris at the hotel who have had homosexual relationships.’

The findings of the survey and previous comments by senior Qatari officials raise concerns over the ‘welcome’ LGBTQ+ fans will receive in Qatar for the blue riband event.

In April, Sportsmail reported that LGBTQ+ supporter groups had joined forces to condemn FIFA and the Qatar World Cup Supreme Committee for their failure to reassure members of the community over their safety travelling to the tournament. 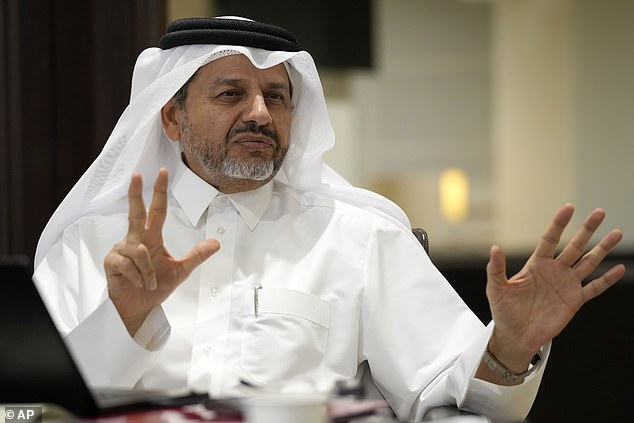 Major General Abdulaziz Abdullah Al Ansari, a security chef in the Qatari government, has previously said LGBTQ+ fans would be welcome to book rooms during the tournament.

‘Reserve the room together, sleep together — this is something that’s not in our concern,’ he told the Associated Press, last month.

‘We are here to manage the tournament. Let’s not go beyond, the individual personal things which might be happening between these people … this is actually the concept.’

His comments are reinforced in the tournament Q&A.

‘Are non-married friends of different genders or couples (including LGBTQ+) allowed to stay in the same room?’ is one of the questions.

‘Yes, there are no restrictions,’ is the reply.

But Al-Ansari is against any public show of support of the LGBTQ+ rights and even suggested rainbow flags could be taken off fans, to protect them from being attacked.

‘You want to demonstrate your view about the [LGBTQ+] situation, demonstrate it in a society where it will be accepted,’ he said. ‘We realize that this man got the ticket, comes here to watch the game, not to demonstrate, a political [act] or something which is in his mind.

‘Watch the game. That’s good. But don’t really come in and insult the whole society because of this.’ 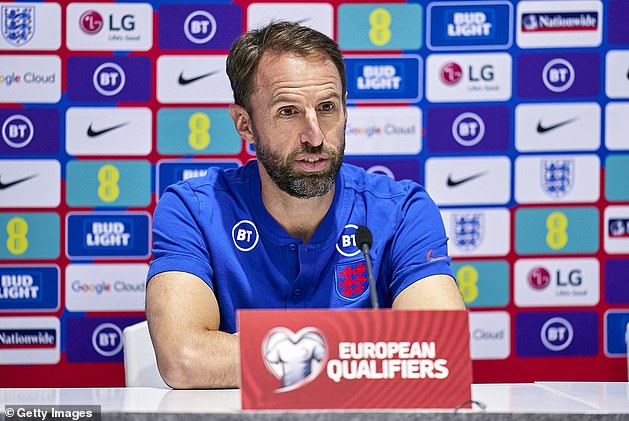 The UK government has also cautioned fans about showing affection in public during the World Cup in Qatar.

‘Homosexuality is illegal in Qatar,’ the Foreign Office states in its travel advice. ‘Private life in Qatar is largely respected but any intimacy between persons in public can lead to offence, regardless of gender, sexual orientation or intent.’

The Norwegian and Swedish journalists behind the survey of Qatari hotels shared their findings with FIFA.

The world football governing body responded: ‘FIFA is confident that all necessary measures will be in place for LGBT + supporters, so that they, like everyone else, can feel welcome and safe during the championship.’

Southgate said it is a ‘great shame’ that sections of England supporters will not travel to Qatar for the World Cup this winter and stressed that no one is ‘complacent’ about the issues involved.

Meanwhile, the football associations of Norway, Sweden and Denmark have expressed concern at the findings of the investigation.

‘This is of course not acceptable, nor in line with what the World Cup committee has promised, that there should be a guarantee for legal security (for gays, editor’s note) during the championship. And to feel safe, you need to know in advance that you are going to be safe. This is where we are now in time, so it must be in place,’ the president of the Norwegian Football Association, Lise Klaveness, told NRK.