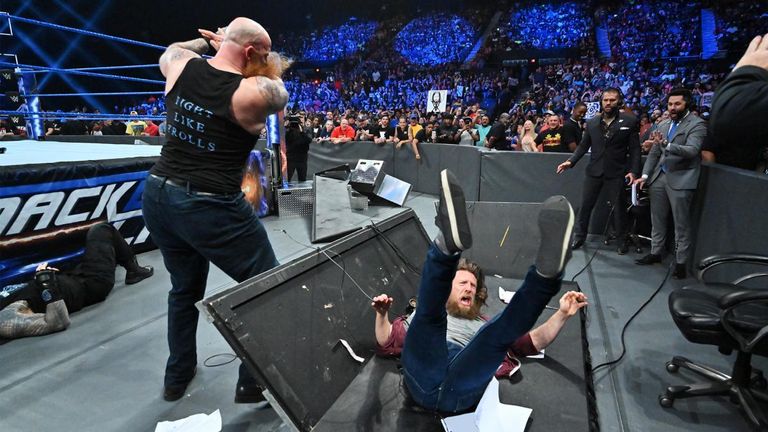 Erick Rowan left a path of destruction in his wake on SmackDown as he attacked both Roman Reigns and Daniel Bryan.

Bryan still wanted his apology from Reigns after he branded him a liar and gave him a huge Spear on last week’s show.

Reigns arrived, but before he could reply, his now-confirmed mystery attacker Rowan blindsided him and delivered a fierce assault which featured some very inventive steel steps usage.

Bryan came to the ring in a bid to halt the beating and said attempt included the curious strategy of slapping Rowan, an action for which the resulting reaction saw Rowan deliver an Iron Claw Slam through on him through a commentary desk.

Rowan and Reigns will go head to head at Clash of Champions live on Sky Sports Box Office on September 15, but could Bryan become part of the match as this feud has now become a three-pronged affair? 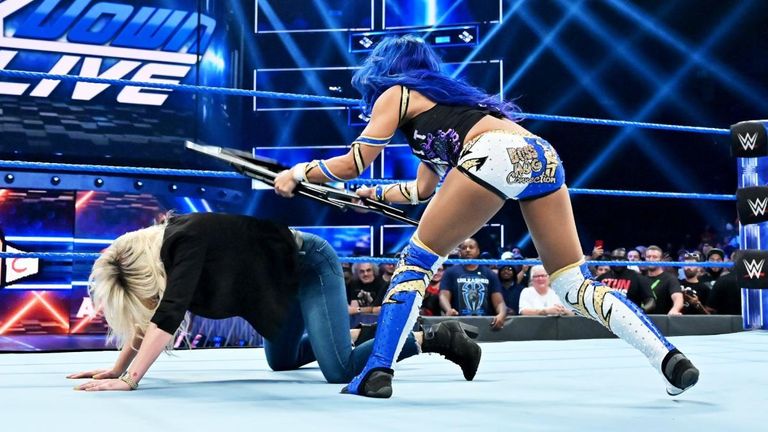 Despite her shocking turn of face last night on Raw when she decimated Becky Lynch with a chair in a show of solidarity with Sasha Banks, the SmackDown women’s champion Bayley arrived on the blue brand seemingly puzzled by the fans’ reaction.

Bayley stressed that, despite her shocking actions, she was still the same person and that she was simply supporting Banks, who has been her friend for many years.

Her next challenge would be to defeat “the most selfish person on the roster” at Clash of Champions – Charlotte Flair, a comment which brought out the challenger and led to a melee between the two.

Banks then arrived and tussled with with Flair until Bayley broke it up with several savage chair strikes to the back of The Queen. With Charlotte down, Bayley handed the chair to Sasha, who brutalised Flair with several more swings before tossing it back to Bayley to cap off the attack. 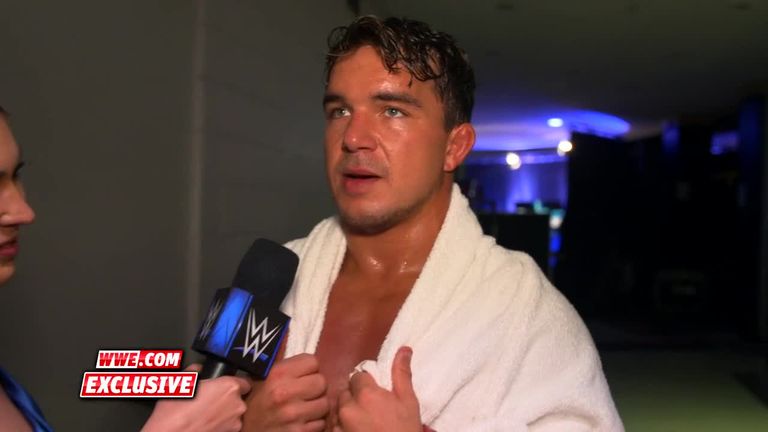 Ali and Gable advance to King of the Ring semi-finals

Elias and Chad Gable will be SmackDown’s representatives in the semi-finals of the King of the Ring tournament after they defeated Ali and Andrade respectively.

The cruiserweight Ali used his blinding speed and took to the skies as Elias attempted to counter by overpowering Ali, absolutely decimating his opponent on the outside.