The WWE superstar revealed her devastation on Instagram after several vets refused to treat her pet. 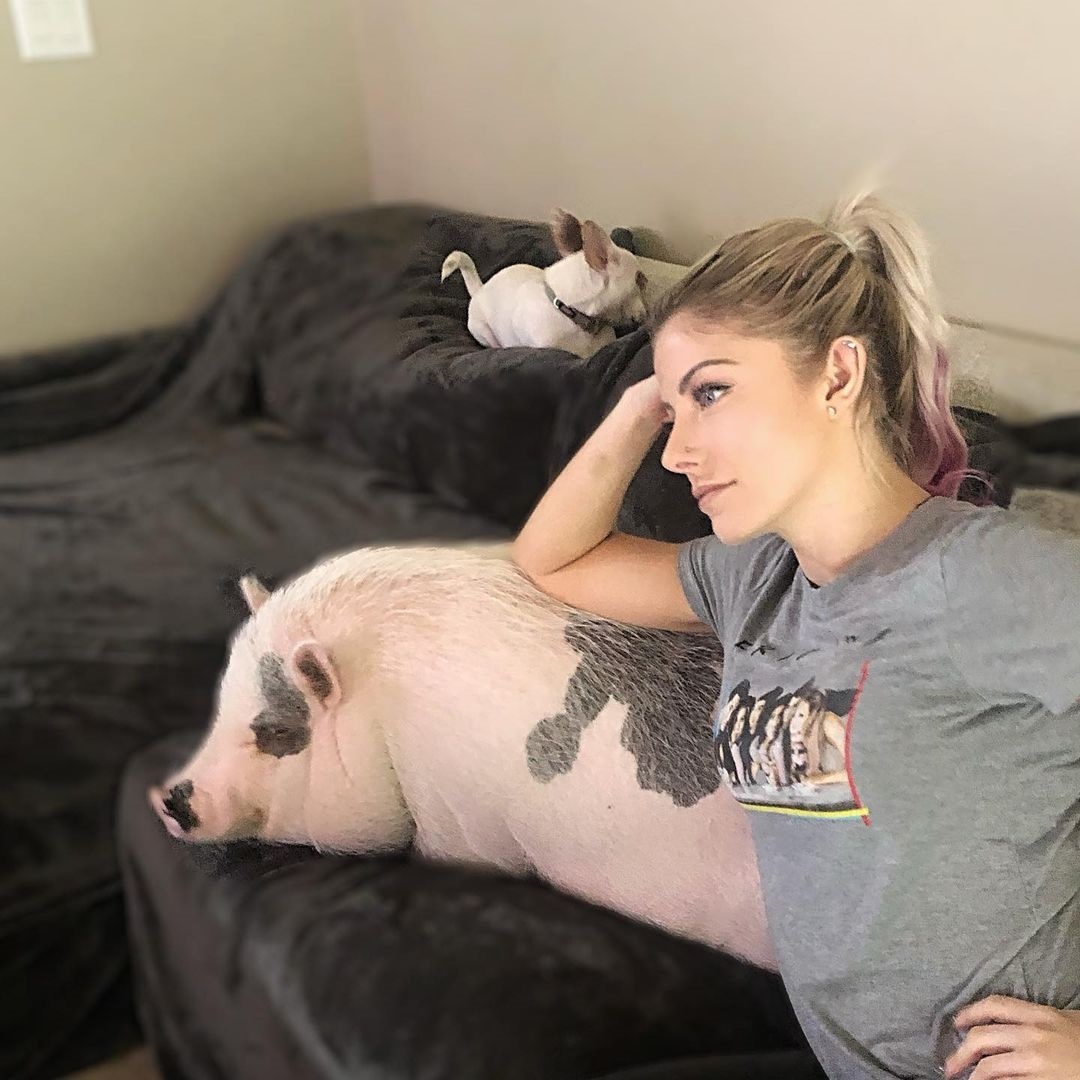 Bliss, real name is Alexis Kaufman, has one the biggest Instagram followings of any woman in the WWE.

And she used it to share a touching photo of her holding the late hog’s trotter, captioning it with: “On the day before his 4th birthday. This morning Larry-Steve gained his Angel wings. ‘I’m so sorry we couldn’t find you the help you needed in time. Some people didn’t agree to help you.

“But I want you to know Larry, YOUR LIFE MATTERED. We are completely heartbroken.’

Bliss revealed on Monday that Larry-Steve – who appeared in Bowling For Soup’s music video Alexa Bliss – could not ‘move or walk’ and was ‘in a lot of pain’.

And she added that his usual vet was not ‘comfortable treading him in his current condition’.

The 29-year-old Ohio native has been a huge fan favourite since her debut on the main roster in July 2016.

After splitting from tag team partner Nikki Cross last summer, Bliss joined forces with The Fiend after being possessed by him.

The dark storyline led to a dramatic final 2020 episode of Raw ending in controversy when Randy Orton threatened to throw a lit match on Bliss, who laid in the ring after she had doused herself with gasoline – after which the screen went black.

Since then she turned on The Fiend at WrestleMania and has now appeared to set her sights on Shayna Baszler.

However, the former seven time women's champion has a less harrowing life at home, according to her Instagram, as she regularly delighted fans with pet photos and sexy selfies.

As well as the late Larry-Steve, Bliss also has three dogs.

Last year Bliss got engaged to singer Ryan Cabrera after a year of dating. 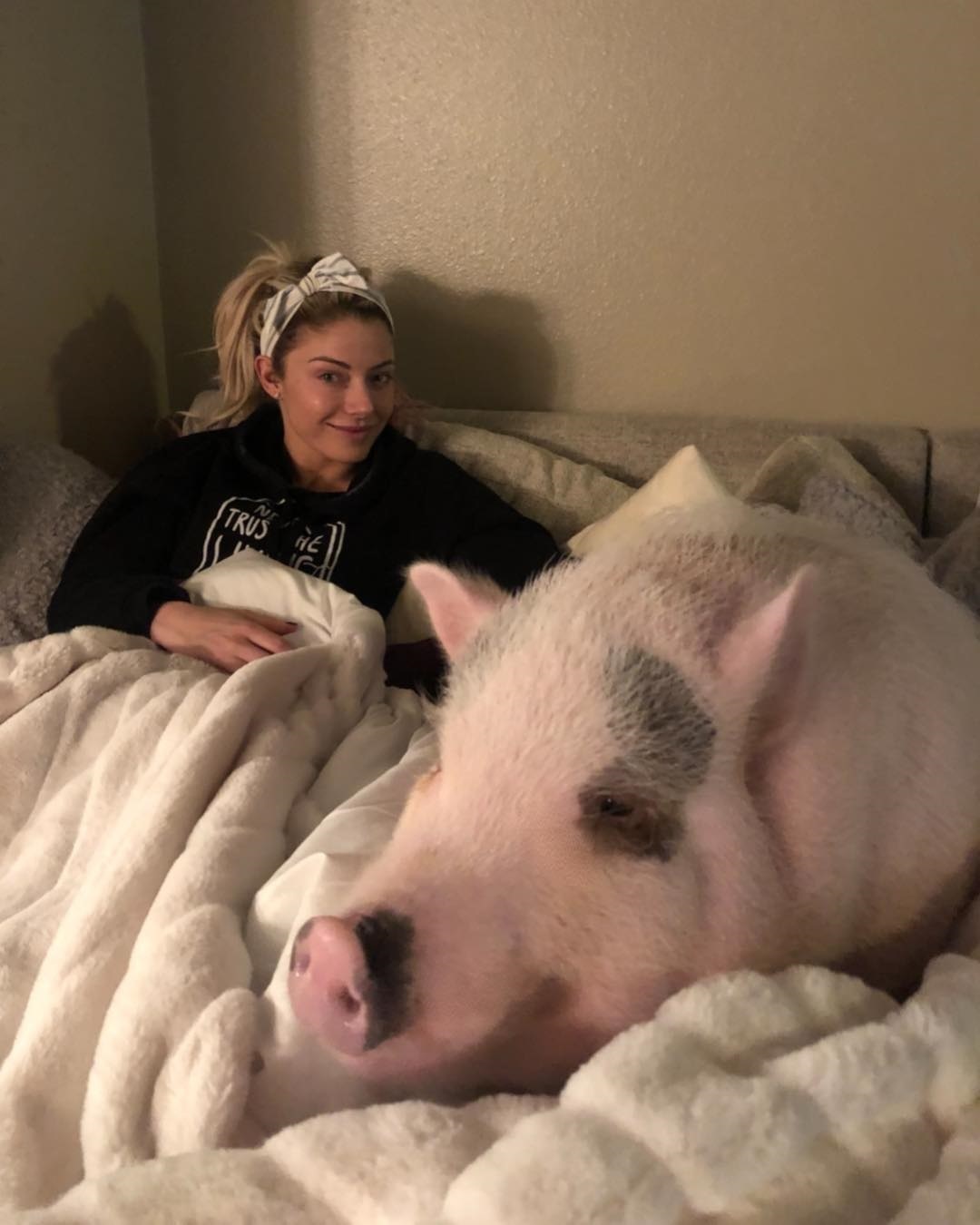 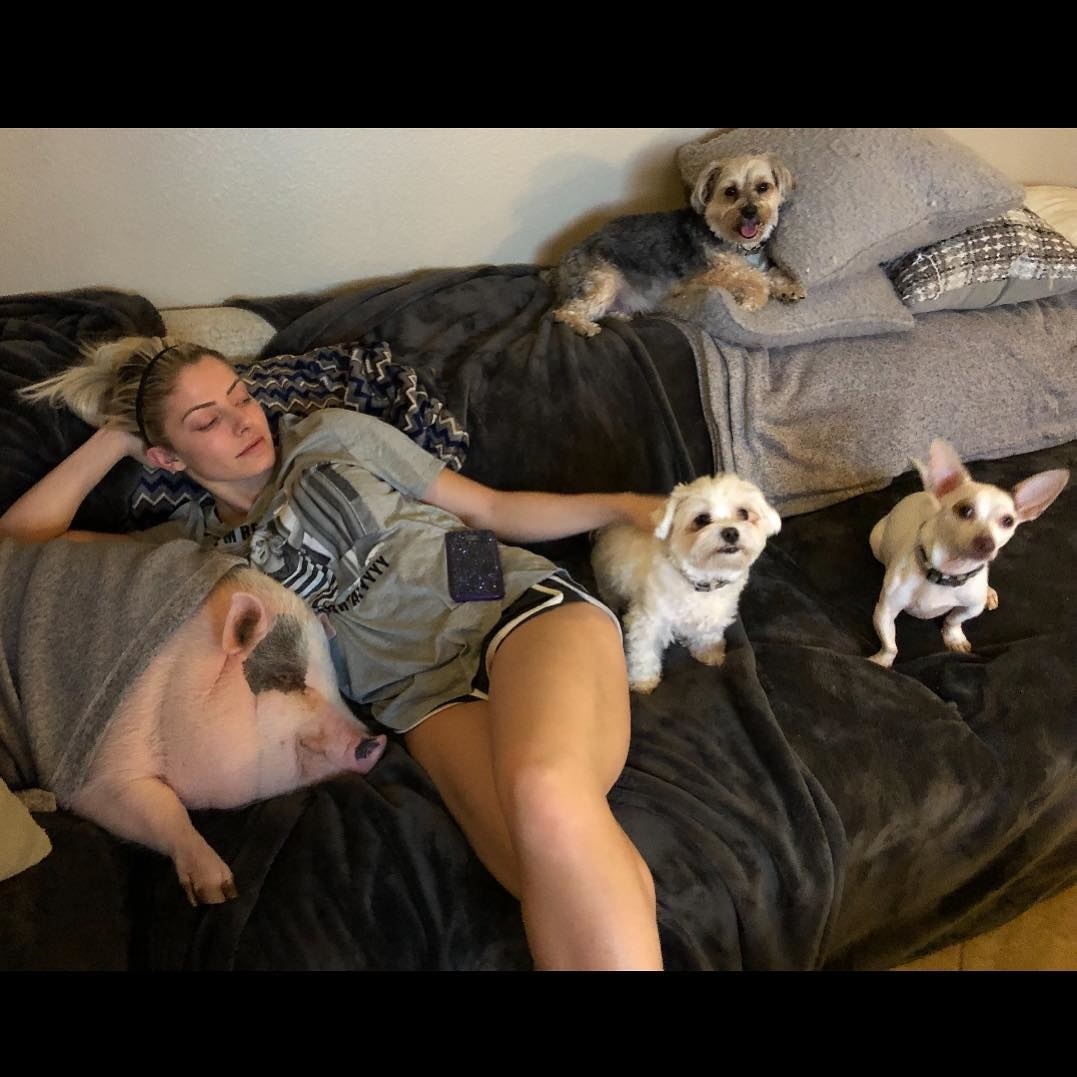