CORONATION Street fans have plenty to look forward to next week as the likes of Fiz Stape and David Platt return to the Cobbles – while Eileen Grimshaw has a tough decision to make.

Be prepared for some juicy spoilers from the hit ITV soap… 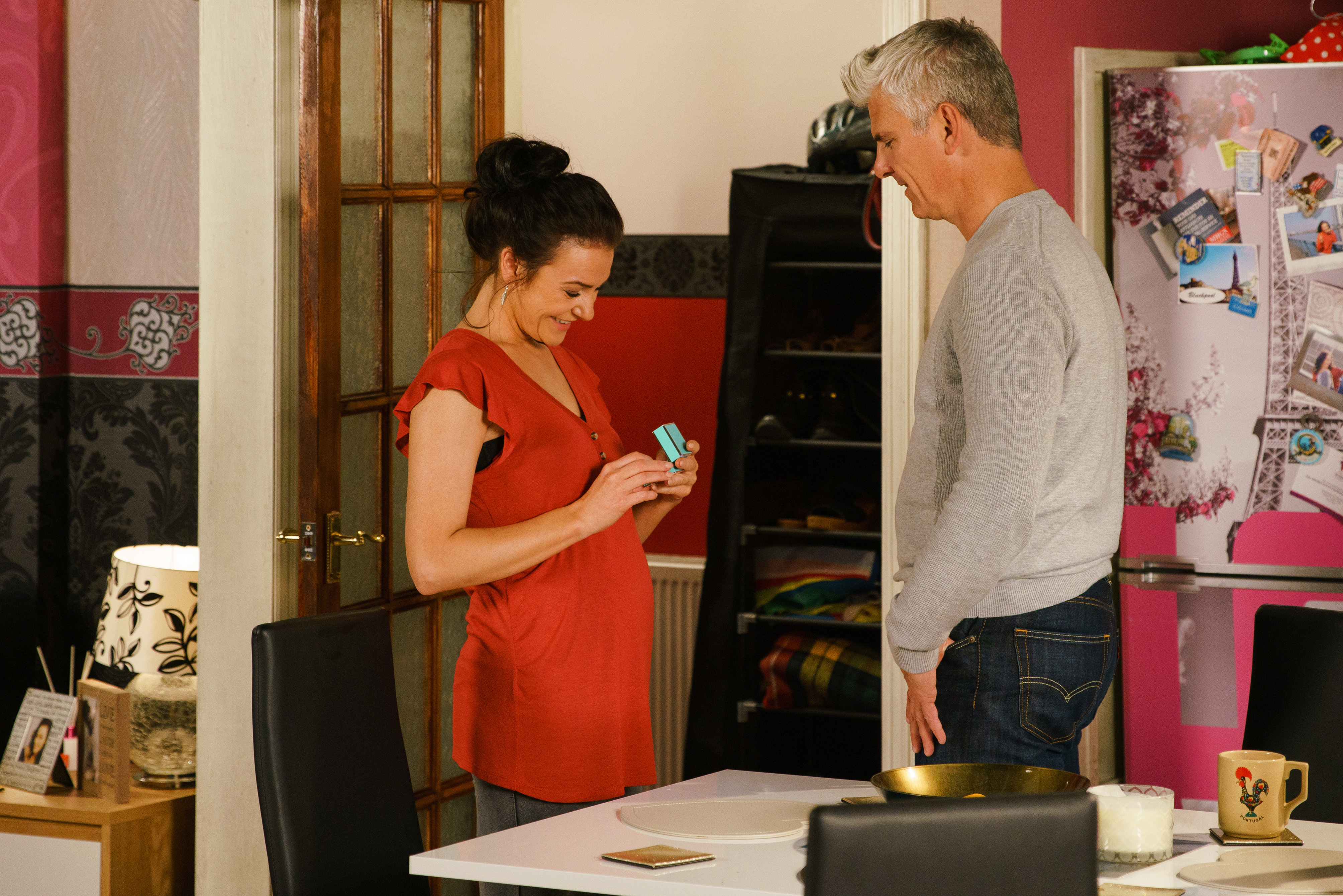 Eileen gets a visitor – and finds out the truth

Eileen Grimshaw is left spooked when she returns from the pub and hears an intruder letting themselves in to her house.

After hurling some tins of peas at the person’s head, she’s stunned to see that it’s Jan.

He tells her that he’s actually a police informant, that he loves her and wants her to move away with him. Oh, but what will Eileen say? 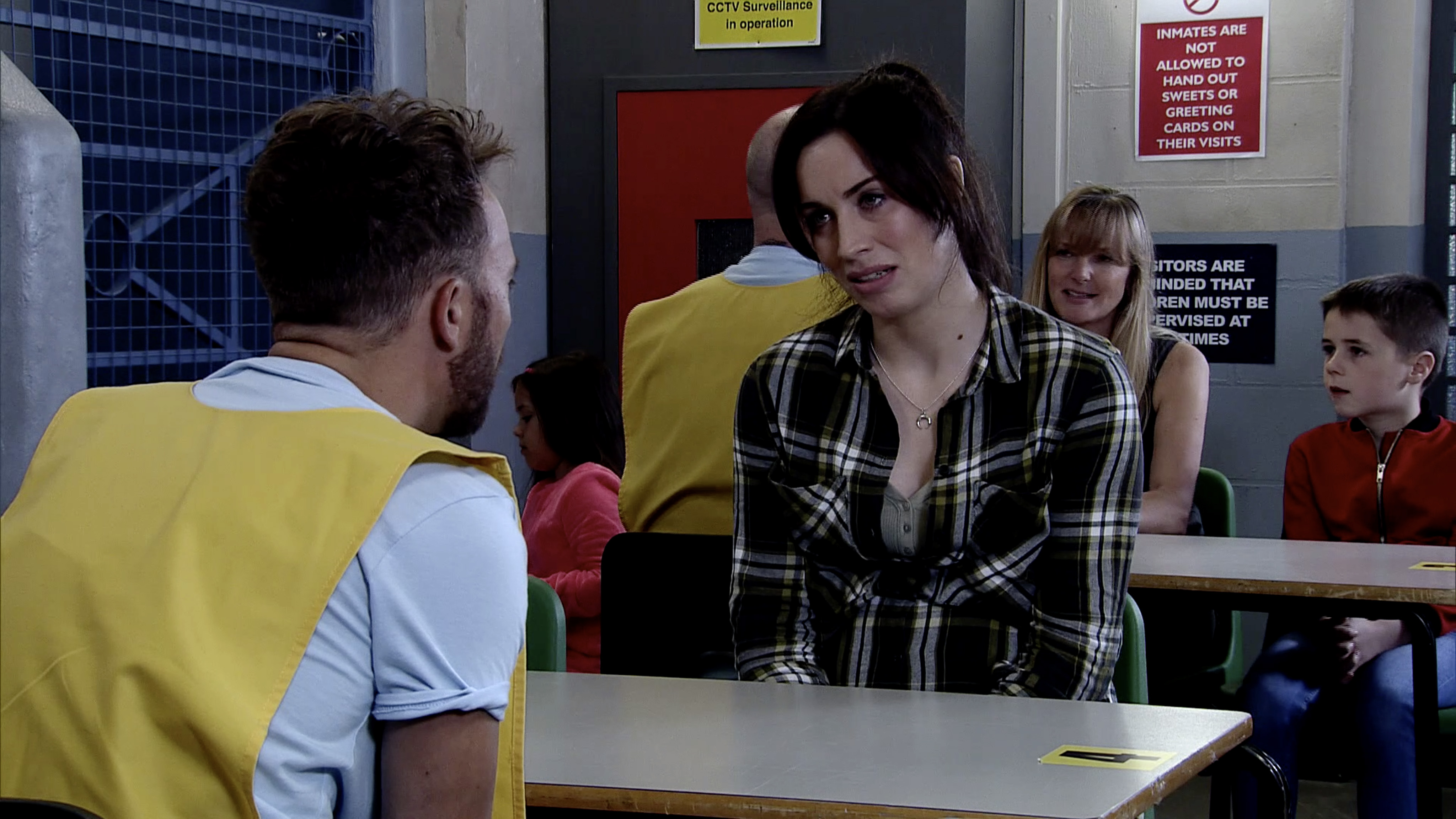 Seb and Eileen in danger

Eileen is left rattled when Paul tells her that trafficking gangs are notoriously dangerous and that she should watch her back.

Later, Seb is unnerved when he sees an unknown car across the cobbles watching No.11.

He warns Eileen, unaware that Rachel is in the car, actually watching them.

Shona takes Lily to see David in prison where she tells him about Max’s bad behaviour.

David points out that it could be because it was Kylie’s birthday the previous week – leaving Shona feeling awful. 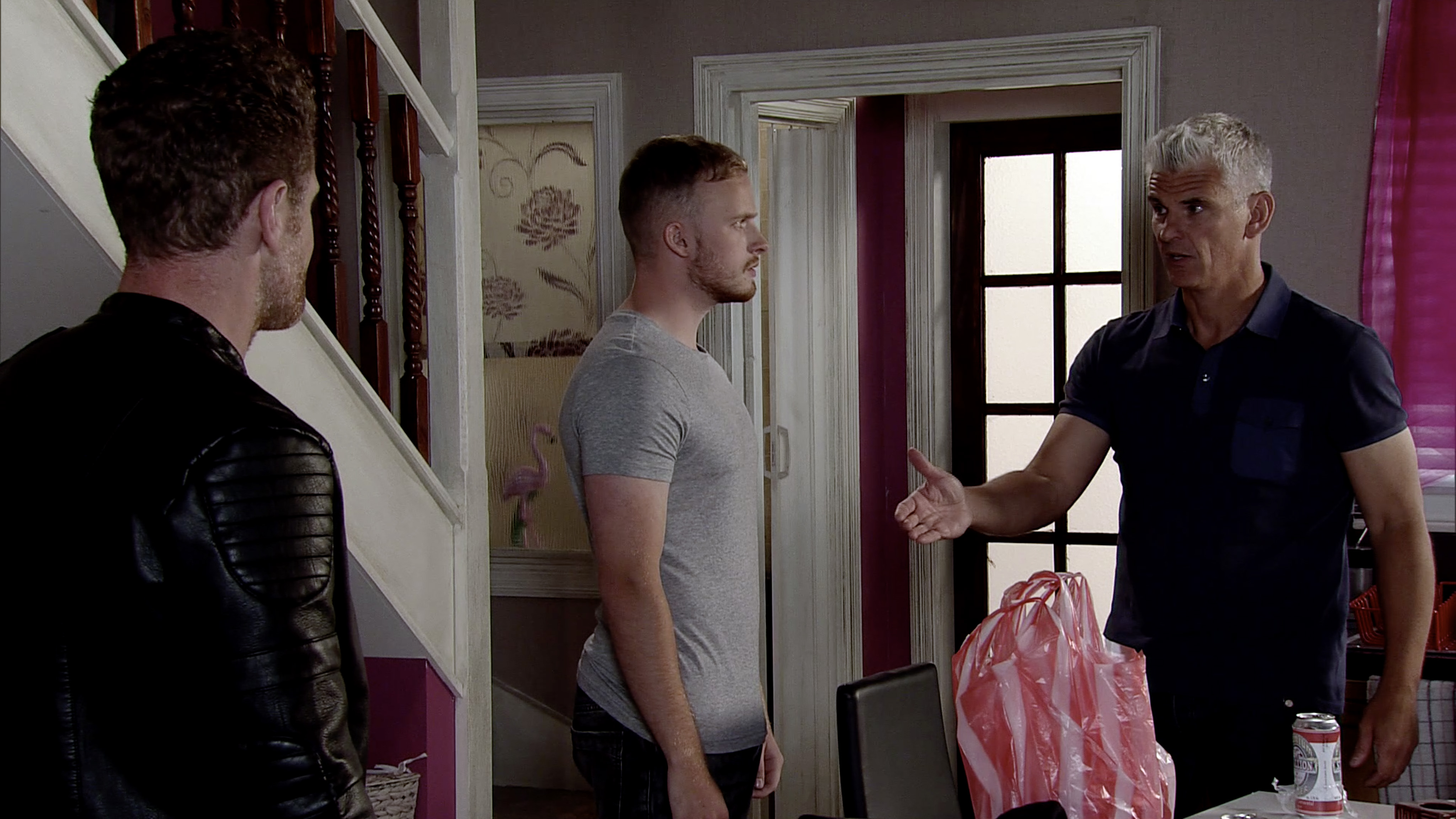 Jed is on to Robert Preston

Vicky Jefferies ex Jed is livid when he arrives spots Robert Preston putting a ring on his former flame's finger.

Later the Bistro owner realises he's made an enemy out of Jed when he finds his van window smashed in.

But that's the least of Robert's problems as his new nemesis soon discovers his big secret as he stumbles upon Michelle's ring.

Jed is left wondering why Robert needs two engagement rings – very good point – and has no issue confronting him about it.

Tyrone prepares for Fix and Hope’s return from Birmingham. But he’s horrified when he realises he has forgotten to enrol Hope at Bessie Street school.

While Tyrone panics, Evelyn suggests he speaks to Brian to see if he can pull any strings at his old job. But Brian advises them that there’s no place for Hope at Bessie Street, but that she’ll be allocated a place at another school.

Tyrone then worries when Evelyn says she’ll sort it. 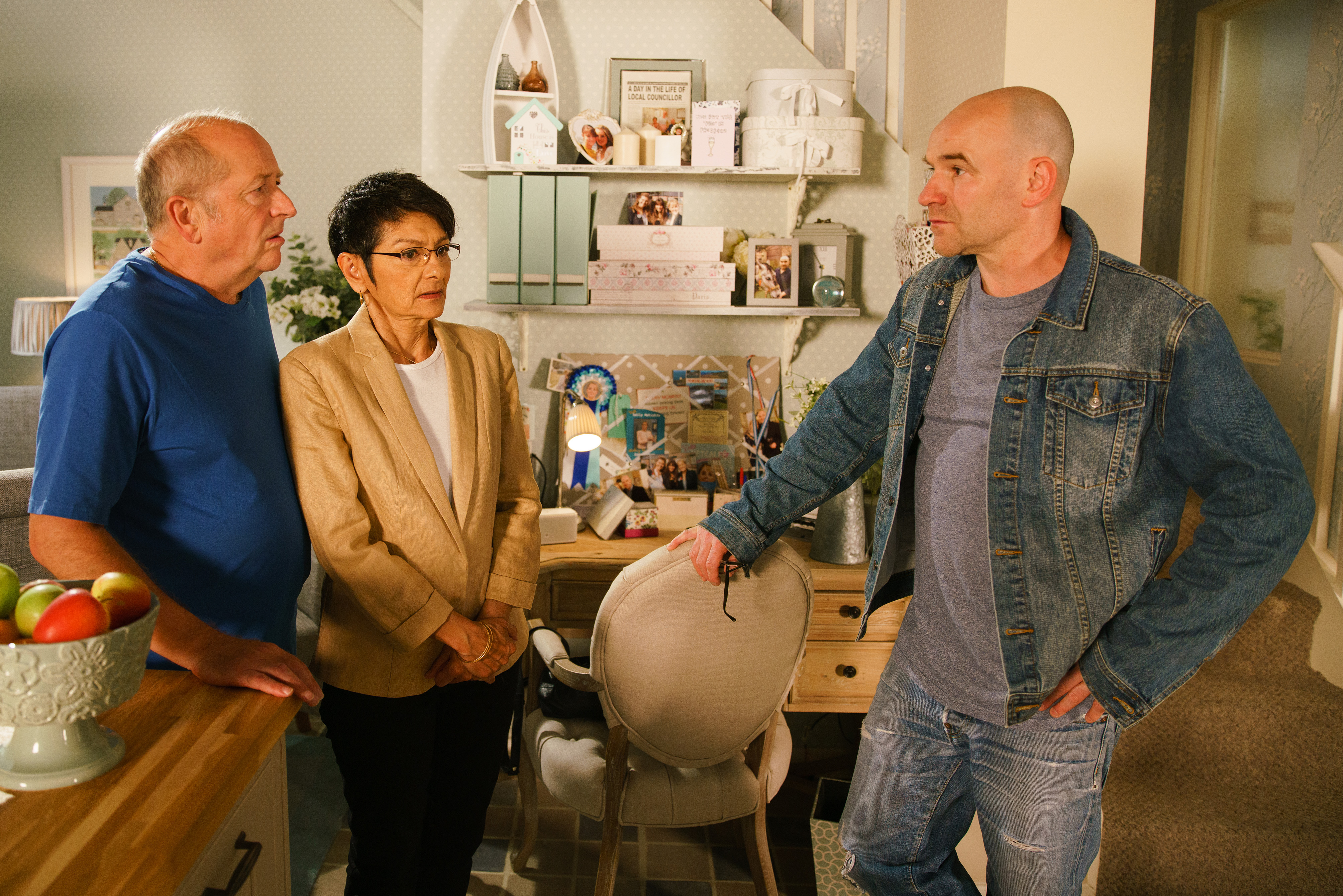 Geoff lies to Yasmeen about having cancer

A sneaky Geoff tells Yasmeen a list of his ailments and reveals he thinks he has cancer.

Later, Tim is confused when he finds Yasmeen comforting Geoff.

She realises he hasn’t told Tim about his fears and encourages him to do so. How far will Geoff take his lie? 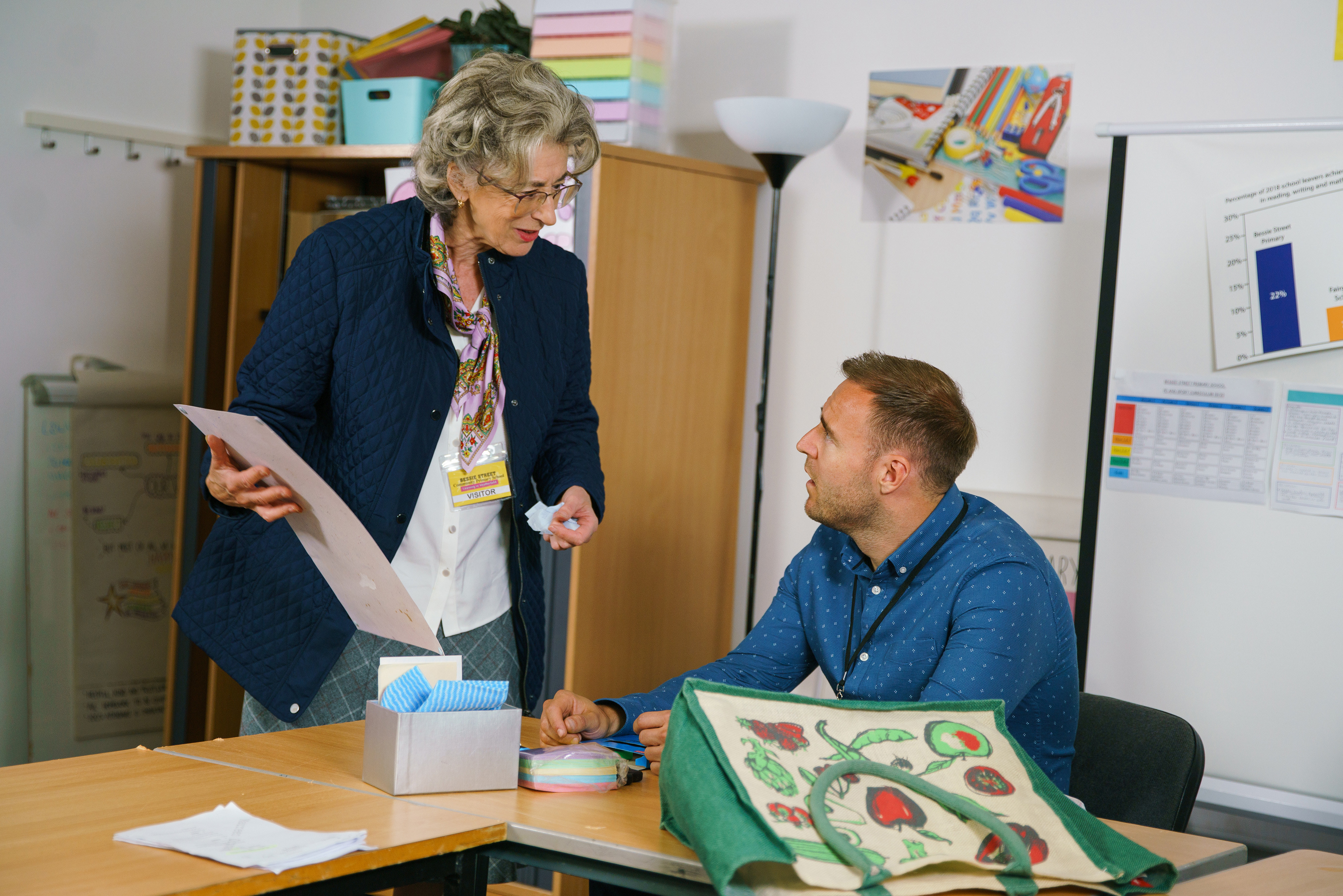 As Tyrone and Brian meet with the head of Bessie Street, Evelyn arrives and announces she’s there for moral support.

But when the head politely explains that there just isn’t space for Hope at the school,  the mechanic's grandmother Evelyn barricades them all in the office.

Fiz returns – but wishes she hadn’t

Fiz finally returns and walks into the protest that Evelyn has decided to stage at Bessie Street school, just as the police and press arrive on the scene.

When Tyrone tells her he’s messed up with schools, Fiz says Hope would have been better off staying in Birmingham.

And the Bistro boss is horrified when Jed arrives at the restaurant and makes it clear he’s going to tell Michelle everything unless he gives him £5k.

The two-timer offers £2k, saying it’s all he has and the cunning schemer takes the money –  but on the condition that he convinces his son Tyler to move to Ireland with him.

Jed is furious when he finds Robert telling Tyler he hopes he will stick around and help take care of the baby.

He’s then thrown when the Bistro boss tells him he has CCTV of him trying to blackmail him and, unless he disappears, he’ll take it to the police.

Tyler is left gutted when he realises his dad has gone without saying goodbye.