ICYMI, Tayshia Adams is set to host The Bachelorette, which is pretty cool for two reasons: (1) There has never been a female host in The Bachelor franchise’s history, and (2) Tayshia found love while starring on the last season of The Bachelorette with contestant-turned-fiancé, Zac Clark! Before Tayshia helps the upcoming Bachelorette in her journey to find ~true love~, we should dive in to Tayshia’s super cute ‘ship with Zac to see what a real Bachelorette success story looks like, don’t you think?

Please use this handy-dandy timeline to learn all the ins and outs of Tayshia and Zac’s truly enviable relationship. But before ya do, be advised that this timeline is in reverse chronological order, meaning that most recent events are at the tippy top. Enjoy, and try not to get jealous at how adorable these two are together!

Fans think that Tayshia and Zac are broken up because Tayshia is seen without her ring on social media. Thankfully, Tayshia hops on Instagram Stories to clear up the rumors and says a break up is not at all why she’s sans engagement ring at the moment.

“Woke up to hundreds of messages asking this but y’all not gonna lie, I don’t like getting DMs putting this weird energy into the universe. Don’t feel like I need to explain this buuuuttt—my ring hasn’t been properly sized yet and needed to be cleaned too. It’s currently with Mr. @neillanecouture. I love that there’s so much love and support around our relationship but please don’t put unnecessary rumors/pressure on us,” Tayshia captions a video of her explaining the situation, adding that the ring should be back in her possession by the end of the week.

For actual Valentine’s Day, Zac posts a sweet lil photoset of Tayshia in honor of the occasion. “Happy love day Queen,” he captions the post.

For a lil pre-Valentine’s Day fun, Tayshia and Zac have a romantic date at the Empire State Building in New York City, and of course, share an adorable kiss after reaching the top of the building. 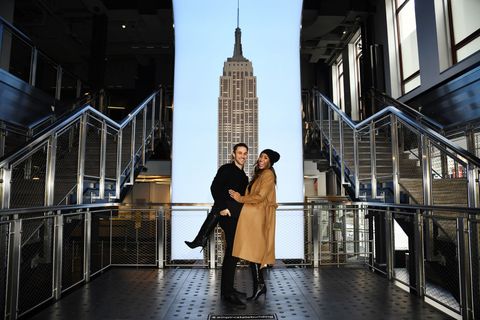 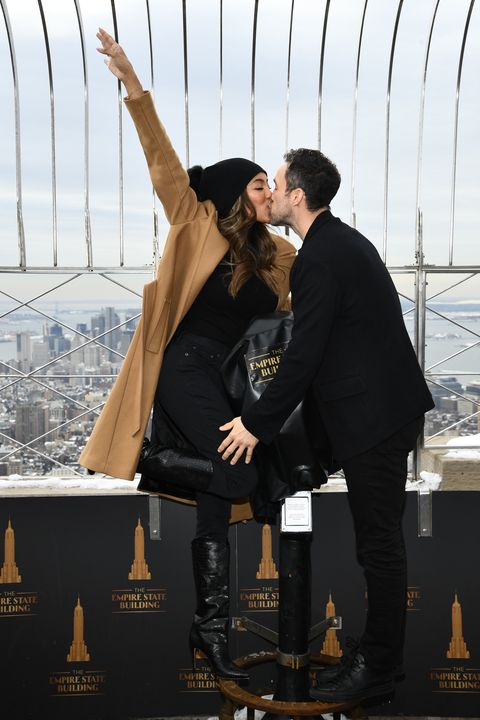 It’s Zac’s birthday, and Tayshia decides to surprise him with a Curious George-themed party with a few of Zac’s close friends. Pretty sure this is what you see when you look up “CUTE” in the dictionary:

Tayshia and Zac spend Christmas together, and both families get to interact with each other. “Merry Christmas,” her post reads. “This is the first time in a year & a half my entire family is together! And in addition to that we have my brothers Fiancé Samantha & my Fiancé Zachary! MY HEART IS SO FULL!”

After The Bachelorette‘s season finale, Tayshia and Zac speak to Us Weekly about the reservations Tayshia’s fam has about their speedy engagement.

“My dad, he always means, obviously, the best and he wants me just to be happy,” Tayshia tells the outlet. “And I feel like I just figured out what I wanted to do after that conversation. I knew what I had to do after talking to him just because I want my family and the person I choose [to have] beside me to get along and I want it all just to work out.” 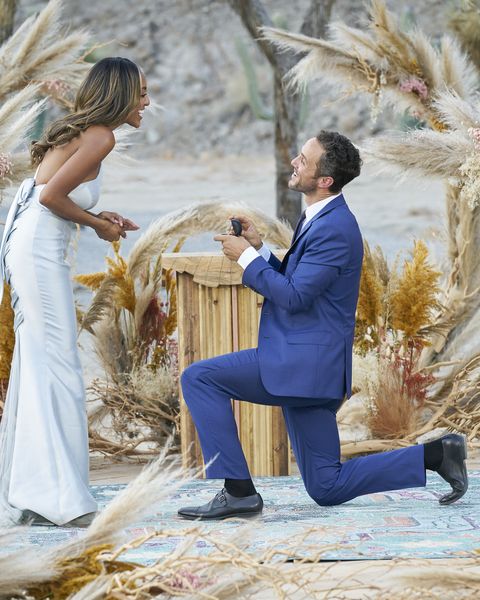 About the actual proposal day, Tayshia says it was “a whirlwind of emotions,” which is completely understandable! “But also, at the same time, I mean, think about a couple of months prior, I was literally, like I said, sitting in my bed eating doughnuts, like, I did not expect to be on this journey, let alone standing on a platform about to be engaged [or] proposed to. So, it was just in the famous words of Tayshia, ‘A lot.’”

Zac also says that his relationship with Tayshia’s family is in pretty good place. “They’re the best of all time,” he says. “We had an opportunity to hang a little bit with them last night during the finale. And I’m just so grateful that they’re a part of my life. And it’s no mistake that Tayshia is a byproduct of that family because they’re just really good people.”

Hometown dates happen, but since traveling during COVID-19 isn’t the best for their safety, Zac takes Tayshia on a faux-New York City date at La Quinta and shows her what a fun time in the city would look like if they were able to hop a plane…yellow taxi cabs and cream cheese bagels included. 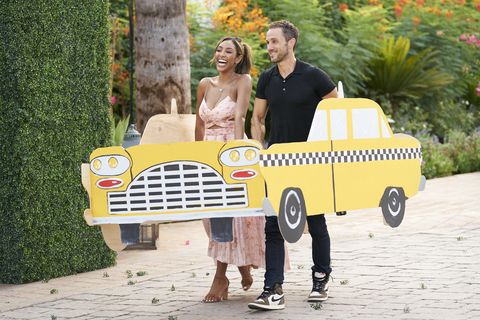 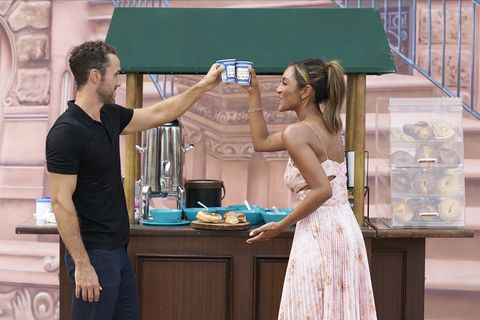 It’s one-on-one date time! Tayshia and Zac, ironically enough, take wedding photos during their time together, with Zac switching in and out of tuxedos and Tayshia wearing ballgowns fit for a bride-to-be. During their date, Zac also opens up about his past issues with addiction, which earns him a rose. 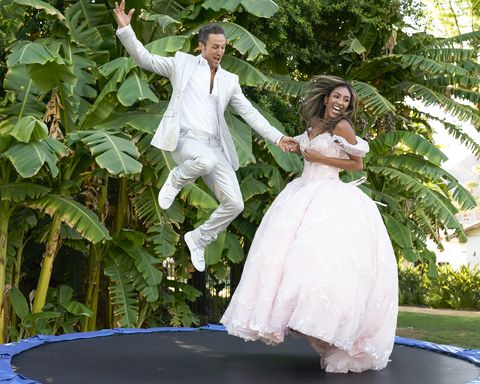 Tayshia and Zac have their first meeting on The Bachelorette. 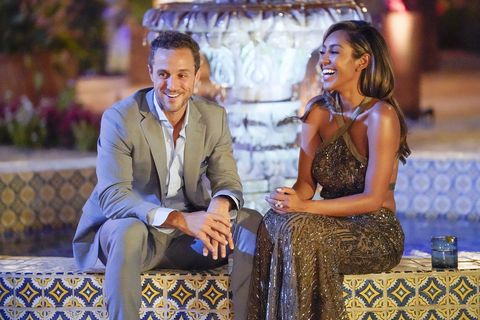 You love all the deets on The Bachelor. So do we. Let’s overanalyze them together. ✔️