A Day In The Life… What's it like to go on BBC's Pointless?

Pointless is an absolute tea-time quiz show staple, and Metro.co.uk chats to those who’ve been there, done that and won the coveted Pointless trophy.

The BBC series has been running for well over a decade and has thousands of pairs of contestants taking part as they’re guided by duo Alexander Armstrong, and his co-host and ‘Pointless friend’, Richard Osman.

The aim of the game is to try and get the least recognisable answer in each round, aka Pointless… or as close to zero as possible.

Quizzers are given questions based on the answers of surveys of 100 people, and in order to get to a Pointless answer, they must guess come back with the most obscure of the four sets of pairs.

If they receive a Pointless answer in the finale, the last couple standing go home with the Pointless trophy and the jackpot prize, which rolls over into the next show of not claimed.

The show is set to undergo a bit of a shake-up too, after presenter Richard revealed he’d be stepping down from his role later this year, to concentrate on his career as an author. 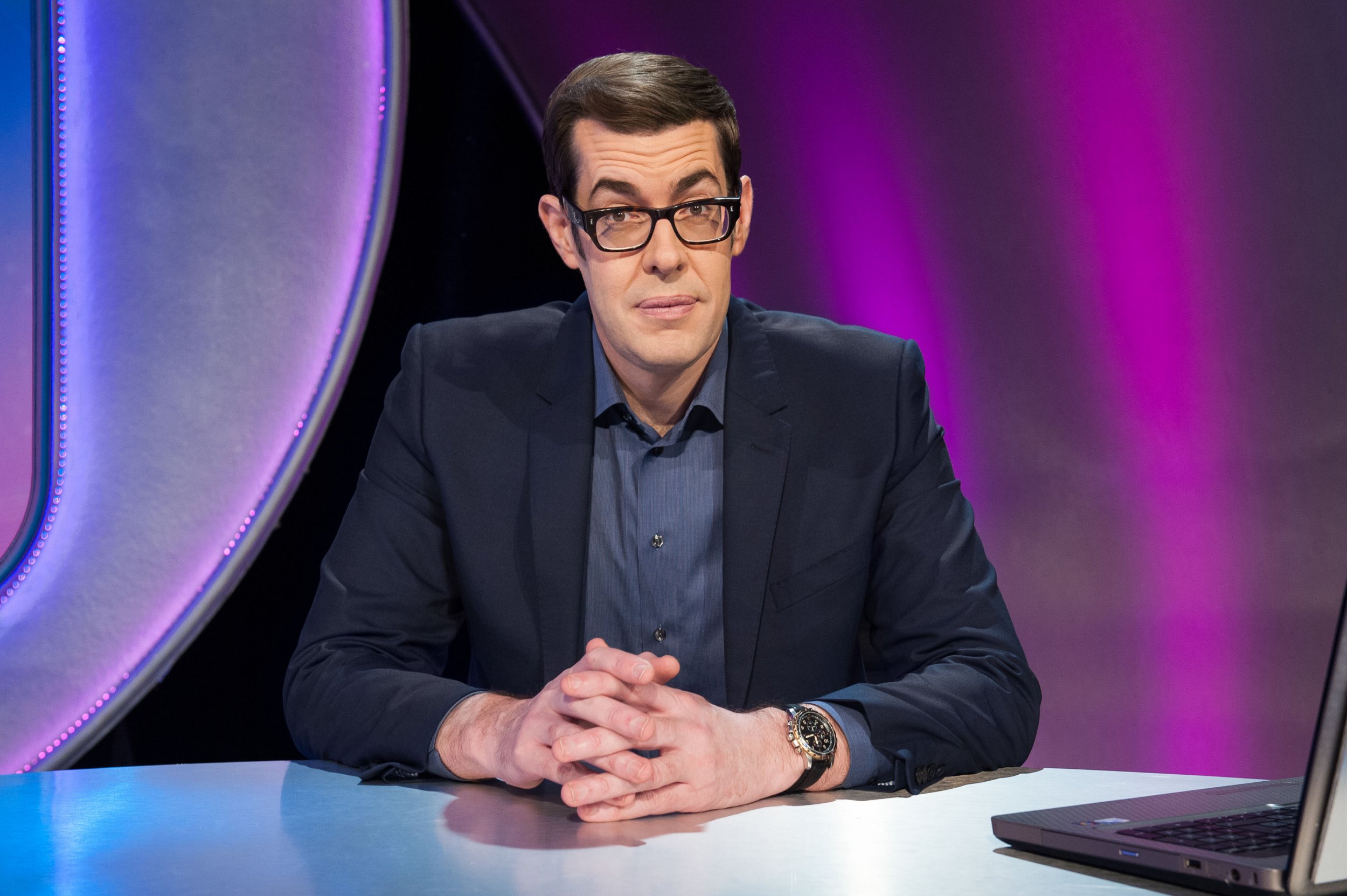 Six new rotating co-hosts were announced this week to appear alongside Alexander, in the biggest change to the series to date.

But what’s it like to stand on the famous podium? We spoke to a few past contestants who gave us all the gossip.

The filming process really is as swift as you’d think

Co-host Richard has previously shared with fans just how speedy filming is, with four episodes a day made in view of a live studio audience.

This was one of the major talking points from everyone we chatted to, with 2020 contestant Nick Bartlett, who filmed during the pandemic, saying: ‘It was very professional. There was virtually no chat before the show and none at all after, [Alexander and Richard] just left. However, our episode was filmed at the height of lockdown and we couldn’t get too close.

‘Alexander is just as classy as you would expect, and Richard was very far away. It was generally much more efficient than I thought it would be, to be honest. I thought there would be loads of banter they would have to cut out, and more time spent with the contestants. Pretty much what you see on the show is what was talked about on the day. Part of me wishes we’d made it another day so we could have chatted longer!’

Keith Lillywhite, who came onto the show in 2013, echoed this: ‘The actual filming process took about an hour and a half in total, it was really seamless, and everyone looked after us. Aside from a few moments to remove a podium at the end of each round, the recording lasted around the same time as the show airs for, probably 75 to 90 minutes maximum. It was very slick. They have been doing this a long time and know what they are doing,’ added 2020 contestant Matt Sole.

The microphones truly do pick up absolutely everything

Viewers often see the pairs conferring in between giving their answers, as they try to wrack their brains in the hope of bettering all the competition with their obscure knowledge.

However, if someone says something silly, the producers will soon know about it, as Keith revealed: ‘The microphone you are given enables the Pointless team to hear everything you say, even the quietest whispers. This is to prevent any cheating between pairs.

‘When we were on the head to head round where you can confer with your partner, everything we said in whispers to each other was picked up by Richard, who relayed some of our answers back to us.’

All players are given a tour of the set

‘How friendly everyone was and how well all of the contestants got along backstage,’ said Matt on what surprised him, adding: ‘Unusually, before we filmed, they gave us a tour of the set and allowed us to take pictures on the set, which was very cool.’

Keith weighed in: ‘Once we were changed into our appearance clothes, we were taken onto the set. We had already had a tour of the set, so it wasn’t too nerve-wracking.’

Okay, we really want a full tour of the Pointless set now.

Producers make sure the pairs are evenly spread for each episode

Keith explained how all the day’s contestants are kept together in a green room until an episode comes up with a slot for them to fit into.

‘Whether you are selected next or not depends on the make-up of the couples already on the show,’ he told us. ‘As we were two male friends we had to wait until we were selected to ensure there was a cross-section of different types of couples.’

But he was worried they wouldn’t get to feature at all, adding: ‘At the end of day one we weren’t called and then filming was suspended. We were then told not to attend the following day and after several phone calls and worrying about whether we were ever going to appear, we were eventually told to turn up about 2 weeks later and assured we would be one of the first pairs to participate.’

Money is automatically split in half before received by the pairs

Lindsay Watson tried her hand at the gameshow with her dad back in 2013, with the pair managing to win a share of £20,250 between them.

But Pointless makes sure the winners are given their share properly, by halving it before they’re sent the cash.

‘My dad added £250 to the prize pot with a pointless answer about the Paralympics, but he had misheard the question so it was just a total fluke that he got it correct.  We got the money a month after the show, and they automatically split it for you and pay you half each to avoid disagreements,’ she told us.

Contestants have to bring several outfits along with them for filming

Keith shared how vigilant the wardrobe team are in making sure there are no clashes or outfits that won’t fit with the magic of TV, telling us: ’On the day of filming, we went to make up first and then had to run the gauntlet of the wardrobe department as they scathingly looked at the outfits we had taken.

‘Due to the various restrictions with what you can wear on camera, we took five outfits each and wardrobe selected two that they deemed to be suitable because if you don’t reach the final on your first appearance you immediately get another opportunity. Choosing these outfits was undoubtedly the most stressful part of the whole experience!’

While the presenting duo are suited and booted in front of those watching at home, Nick revealed that Richard was sporting a much more casual look out of view of the camera.

‘Richard was wearing blue jeans under the desk which blew my tiny mind,’ Nick told us.

He also recalled a slightly embarrassing joke he make to Alexander, which was luckily cut down: ‘There was a moment at the end where I made a terrible joke and Alexander dwelt on it a bit longer. This was cut out thank God as I felt a bit of a t*t afterwards!’

Matt also teased how they never found out what was on Richard’s laptop screen, adding: ‘In the final round, after you have given your three answers, on screen, they go straight into the result, in reality, they stop filming for a few minutes while they update the screens to show your answers and also verify the validity of your answers. We never did get to see if Richard has anything on that laptop.’

Pairs take part in a trial game when they audition

‘We had a video interview with a researcher who we chatted with to do a trial version of the game., which we didn’t do very well on. But I think we might have been good entertainment value!

Pre Covid, this was done in a more entertaining fashion, with wannabe quizzers whisked off to hotels to audition in groups.

During the audition, we had to play Pointless with other contestants, in a hotel conference room, so we had to make the noise of the Pointless tower when we gave answers! Then we did a piece to the camera. We heard we were successful about 2 weeks later, which was really exciting.’

Lindsay, who already shared how she hit lucky with a pretty full up prize pot said: ‘When we got back to the green room afterwards, we were not allowed to tell anyone that we’d won the jackpot, but we were allowed to show everyone else our trophies. We were also asked not to tell anyone else apart from our partners at home that we’d won the jackpot so that it would be a surprise on the day it was broadcast.’

This applied to those having a pop at the jackpot immediately afterwards too, with host Alexander breaking the news when the four new pairings enter the studio.

Keith explained: ‘Once we had won we got changed and were then whisked out of the studio and straight past the waiting contestants as they were not allowed to find out if the jackpot had been won.’

Pointless airs weekdays from 5.15pm on BBC One.