A Hero Review: Asghar Farhadis Latest Moral Dilemma Is His Best Film Since A Separation

Here’s some free advice for any movie characters out there: If you ever happen to stumble upon a random bag full of money — and it’s not much of a stretch to assume that you might someday — the very first thing you should do is look up and check if the opening credits are still floating in the air nearby. If you see the words “directed by Peter Farrelly,” you might be in for a pretty good time and an even better tuxedo. If you see the words “directed by Joel and Ethan Coen,” I regret to inform you that you’re already dead. But in the event that you should come across a sudden windfall only to turn your smiling head to the heavens and see the words “A film by Asghar Farhadi” painted in white letters against the blue skies of Shiraz, well… there’s really no telling what you should do, only that you soon won’t be able to tell if you did the right thing. As one character ruefully observes in Farhadi’s latest film: “Nothing is free in this world.”

Epitomized by the heart-wrenching uncertainty of 2011’s “A Separation,” Farhadi’s social melodramas begin with straightforward predicaments that are peeled back — layer by layer, and with deceptive casualness — while the hard bulb of a moral crisis is revealed deep underneath. His stories are better described as dilemmas, and those dilemmas unfold with the frustration, resolve, and steadily increasing ferocity of a cat batting a tethered ball to itself around a pole until the string is stretched tight enough that everything chokes to a standstill.

Farhadi plays to his strengths with “A Hero,” as he takes a classic premise and spins it around and around and around with enough centrifugal force to keep you rooted in place even as your sympathies fly in every conceivable direction. By the time this expertly constructed ethical clusterfuck finally slows to a stop, the simplest film that Farhadi has made since his international breakthrough 10 years ago has somehow become the most ambivalent, and also the best (although making such a pronouncement with certainty seems almost antithetical to the spirit of a movie that obliviates your judgement at every turn).

Back to that bag of money. Any number of stories begin with a man walking out of prison, but few of those men have ever been trying so hard to contain a smile. Rahim (an extraordinary Amir Jadidi) fails at that task so badly that Farhadi’s jittery digital camera picks up his teeth from the far side of a highway, but that’s just part of the guy’s hangdog charm. Handsome despite a neck that’s been stooped by misfortune, Rahim seems oddly relaxed for a divorcee who only has a two-day leave from the medium-security jail where he’s lived for the last few years after failing to repay a debt.

And there’s a good explanation for our guy’s chill vibes: His secret girlfriend Farkhondeh (Sahar Goldust) has just found a woman’s handbag on the street containing 17 gold coins, which might be enough to convince Rahim’s creditor to drop the charges against him. He doesn’t want to complicate things by telling his wary sister where the money is coming from, or by making promises to his young son that he can’t keep (the kid already has enough on his plate with a bad stutter and the bullying it leads to at school). But this is a Farhadi film, and so it’s safe to assume that things are soon complicated all the same, and nothing is promised to anyone beyond the fact that life will frustrate their best intentions. 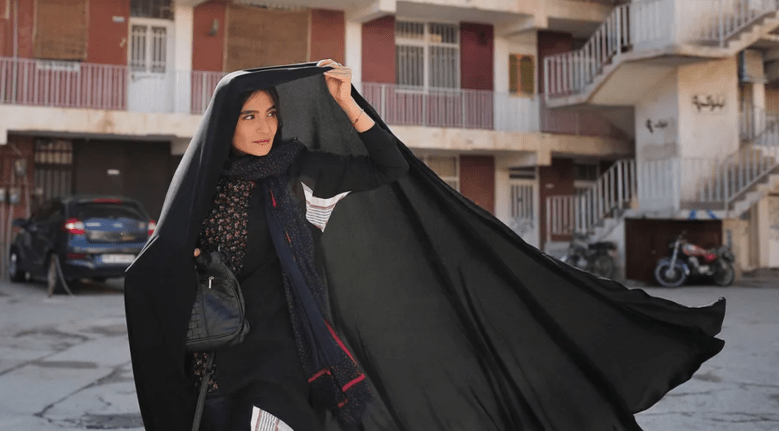 There’s only so much that needs to be said about the countless twists and turns the story takes from there, particularly as the plot hinges less on new information than it does on the see-saw of public opinion. Upon discovering that the bag doesn’t contain quite enough money to set him free, Rahim determines to find the woman it belongs to and return it to her; once his over-involved warden gets wind of this seemingly noble deed and decides that it’s the kind of PR the prison needs to deflect attention away from an ugly recent incident, the moral arithmetic of Rahim’s choice suddenly becomes a communal equation to solve. Now there are other reputations on the line, and possibly other lives as well.

Farhadi has a flair for stacking rights on top of wrongs until they all topple over into a single mixed-up pile on the floor — it’s hard to say if he’d be a brilliant Jenga player or a terrible one — and in that regard “A Hero” is one of his most effortless constructions. The film misses the core emotional charge of “A Separation” despite a similar eagerness to wade into the weeds of Iranian civil law, but what it lacks in brute force sentiment it makes up for in the Socratic purity of its structure and the childlike simplicity of its central question: What’s the difference between doing a good deed and not doing a bad one?

If the characters in Farhadi’s scripts are still bound to their rhetorical functions (not quite to the same oppressive degree as the ones in Pete Docter’s, but close enough to justify mentioning “Soul” in the same parenthetical as “A Separation”), it helps that Rahim himself is so conflicted over the morality of his actions. Farhadi might not be a filmmaker you expect to tackle the emotional ramifications of social media, but in his low-key way, he manages to spin Rahim’s diffidence into a shrewd portrait of how random faces in the crowd can sow doubt into someone’s own self-understanding. “A Hero” seldom brings that aspect to the fore, but it’s always there in the shadows — the flipside of a story about the pitfalls of treating decency as a public spectacle (and a theme that helps to explain the iPhone-esque aesthetic, to some degree).

So much of this film’s slow-churning power comes from the growing tension between what people decide about Rahim’s actions second-hand, and how he feels about them himself. The brilliance of Jadidi’s performance isn’t in his soft likeability, but rather in the character’s performance of it; how Rahim leans into it, pushes against it, and tries to pull himself out from a tailspin of bad decisions even as he keeps making them worse. Each new character who’s introduced to the story comes equipped with their own preconceptions, the judgements of which escalate at the same rate as the lies that Rahim — and his metastasizing roster of collaborators — have to tell in order to undo the damage of the lies they’ve already told.

Some aspects are better-integrated into the growing swirl than others (a hostile HR employee at the company where Rahim wants to work comes to mind), but Farhadi is too sharp a scenarioist to introduce any superfluous pieces. Even his worst movies offer a kind of Ikea-worthy functionality, and ship with exactly as many pieces as you need to put them together, but “A Hero” is one of his best for how each of its parts help complicate the design to completion. And it takes all of them to reach another of Farhadi’s signature endings — poignant and understated as ever, yet this time ruefully well-aware of how the search for moral purity can be futile once it falls under the public eye. If only a personal sense of honor were worth the cost of keeping it. If only there had been enough money in that bag to make him want to do the wrong thing.

“A Hero” premiered in Competition at the 2021 Cannes Film Festival. Amazon Studios will release it in the United States later this year.