Upset Talia was comforted by Chloe Ferry and Sophie Kasaei ringside at Dublin's 3Arena as American Austin Clem got the better of her man. 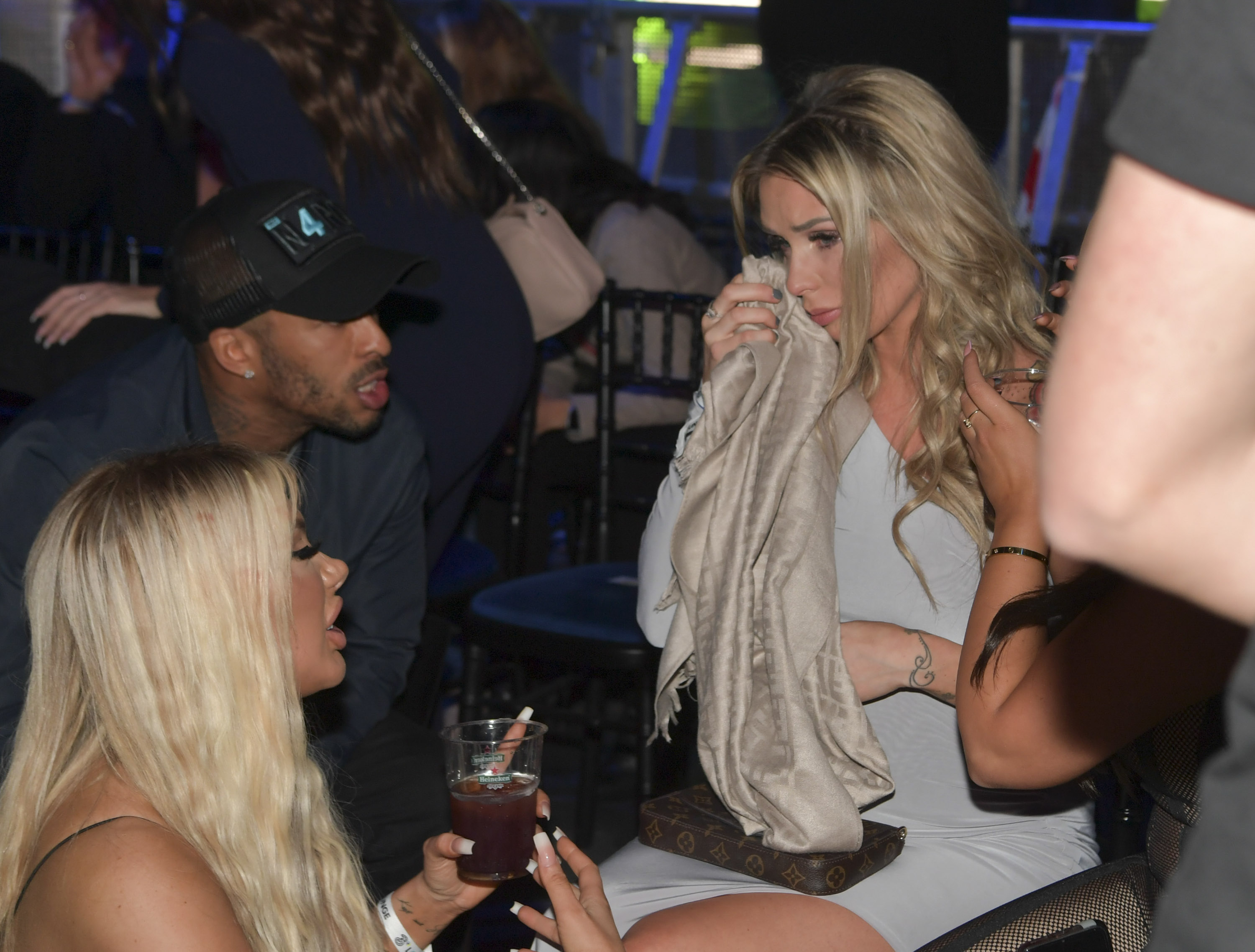 Sitting in a glamorous dress and heels, Talia wiped her eyes as her pals did their best to support her.

During the fight Aaron struggled with his rival's grappling ability and was ground and pound on the mat. 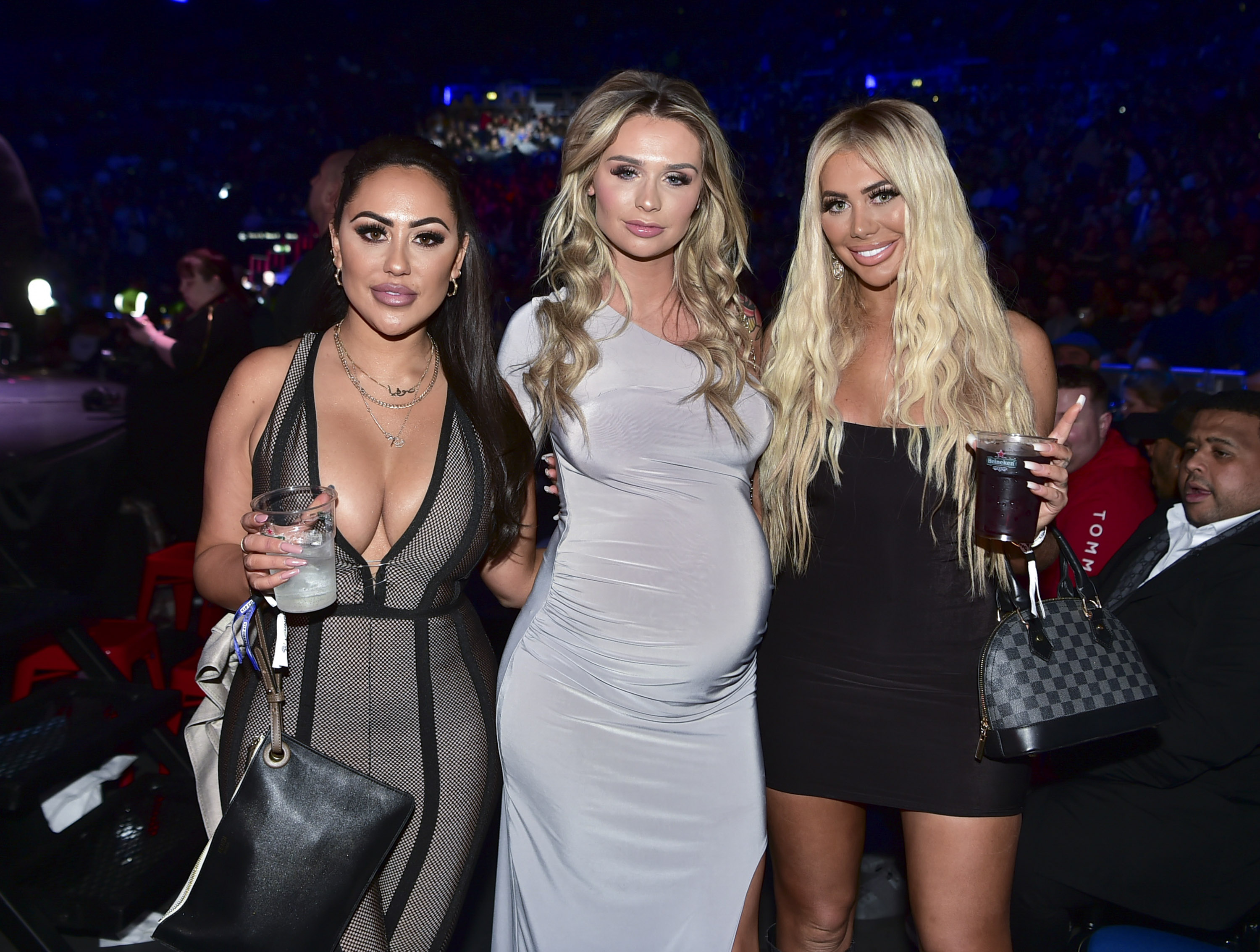 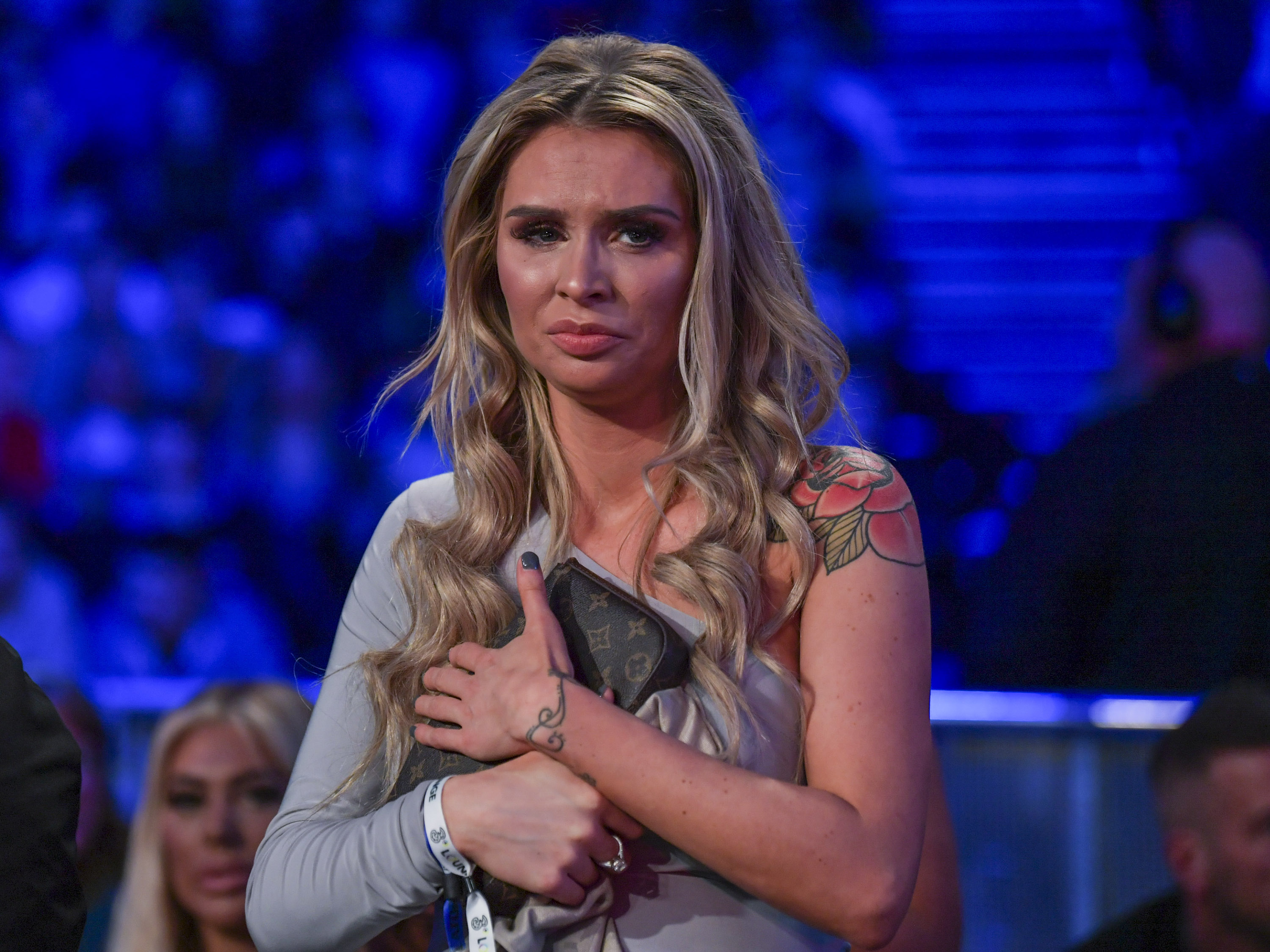 As the bell rang, Aaron charged out with a flying knee that landed and seemed to hurt his opponent, who looked nervous.

But Clem recovered and took him to the ground, before smothering Aaron and hitting some neat ground and pound moves.

The second and third rounds were much of the same, prompting the audience to start booing during the final five minutes.

Last month Aaron wrote in The Sun about his preparation ahead of the fight, while also looking ahead to becoming a dad.

He said: "I’ve been working solid in the gym, especially in wrestling as it’s something I want to work on. 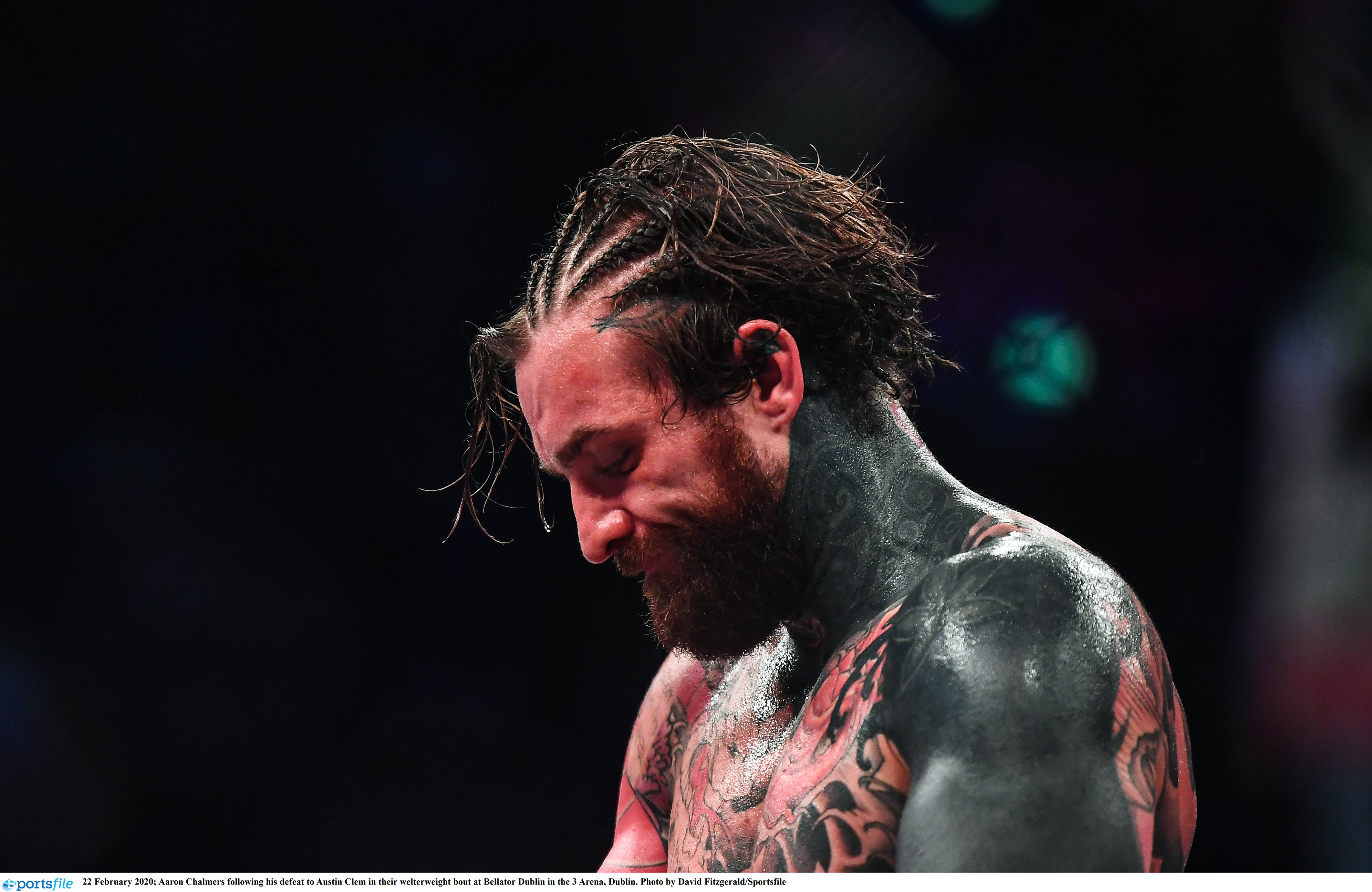 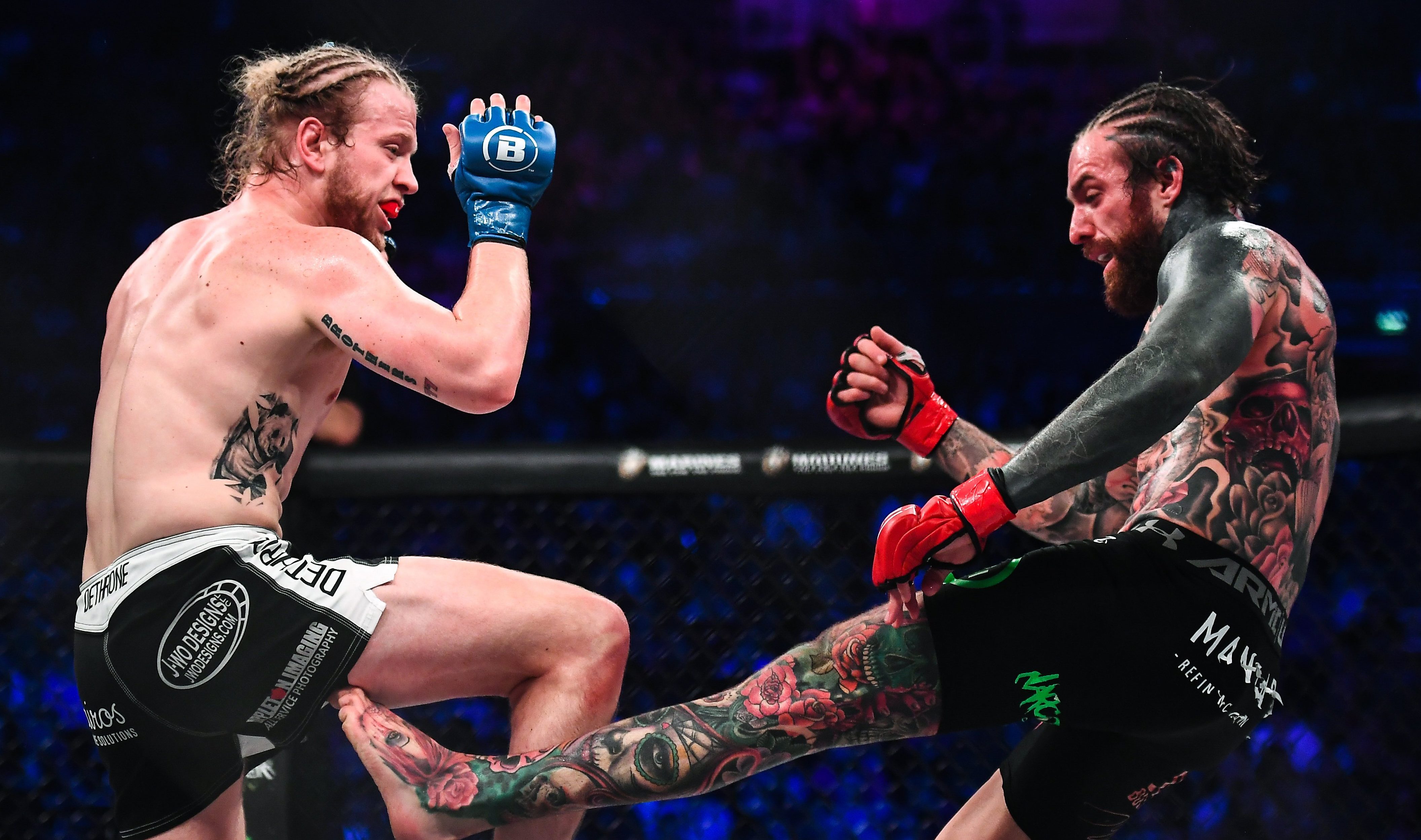 "But now we’re in full camp so everyday is grinding.

"One thing I found out in camp is that I'm going to be a dad. I feel the birth of my child will give me a second wind.

"When I’m fighting I’m doing it for myself, now I’m providing for my son. It will give me the kick up the a*** I need. Where I could fight once or twice a year now I want three or four.

"The baby is due in April, so I want to get two fights in back-to-back, have a little rest, let the baby settle in and then work to September and December bouts.

"I want to have Christmas off because the last two I’ve been in training camp."

It remains to be seen how the loss will affect those plans.