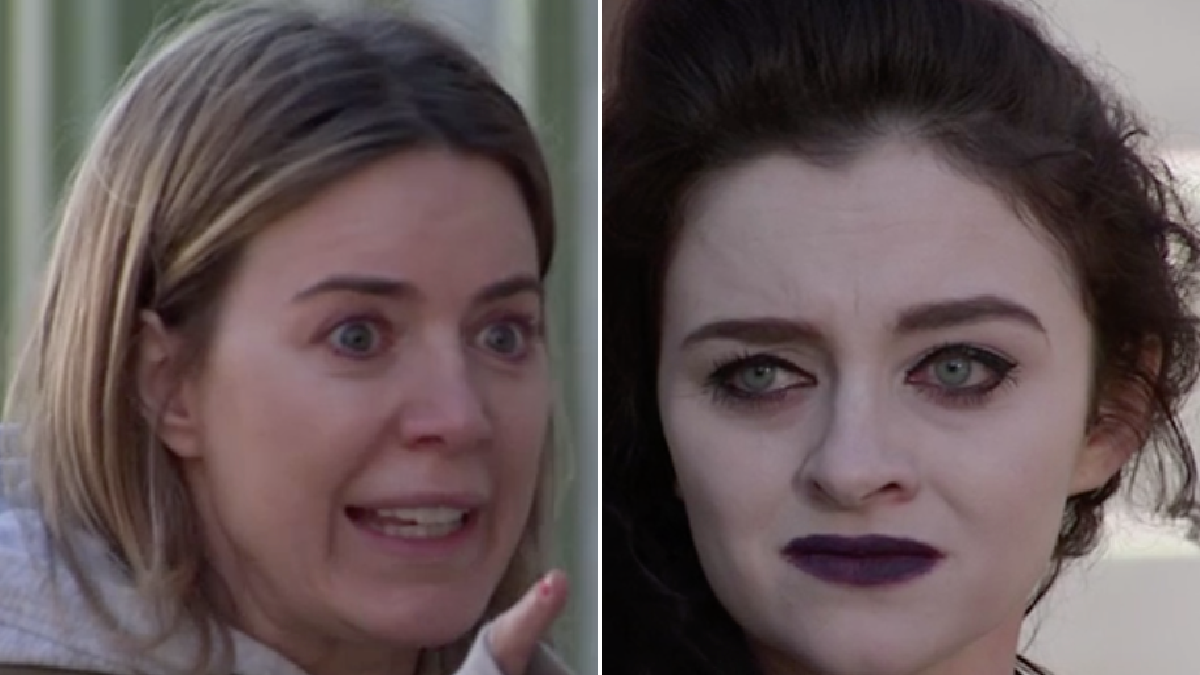 The grieving mum branded Nina a ‘freak’, after discovering that the attack which resulted in her son’s death was motivated by the young woman’s appearance.

Nina was released from hospital during tonight’s hour-long edition of the ITV soap, and she returned to the cobbles.

Abi, however, crept up behind her, and informed her that – before passing out the blame – she needs to accept some herself.

Nina, upset at such a statment, wanted to know what Abi meant.

‘The police told me what the witness said,’ Abi exclaimed, ‘All this started because of you. Because of what you look like!

‘Look at you! You’re still wearing your stupid clothes and your make-up. It was you what got him killed!

Nina was heartbroken at Abi’s claim, and ran off. Roy Cropper (David Neilson) later found her in tears at the location where the attack had taken place.

Following Abi’s outburst, Nina ultimately decided to remove all of her goth clothes and make-up – much to the dismay of all those around her.

Will she be able to see that Seb’s murder was not her fault?

Coronation Street continues Monday May 17 at 7:30pm on ITV