Action! The expert guide to the 2019 Sydney Film Festival

At first glance a good film festival program should actually be a little overwhelming, and that's certainly the case with the imminent Sydney Film Festival.

This year's event showcases more than 200 films from more than 50 countries. The breadth means you can take the complete pulse of the world cinema or simply dip a toe in, so to get your choices under way here are 10 picks that could add to your viewing schedule.

The South Korean filmmaker Bong Joon-ho is one of the leading directors working today, making ambitious genre-bending films such as Snowpiercer and Okja that match thrilling experiences to corrosive metaphors. His new film won the top prize at Cannes in May, where its take on inequality told through the experiences of two very different families revealed a blackly comic thriller that captivated audiences and the jury. 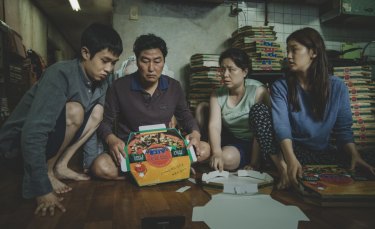 You want the new film from an established master? PAIN AND GLORY

It's impossible not to see the autobiographical threads in the new film from Pedro Almodovar, the Spanish filmmaker whose lengthy career has accommodated punk delight, queer identity and deep melodrama. Long-time collaborator Antonio Banderas plays a veteran director whose body and career are stagnating, sparking a journey into his own past. Penelope Cruz co-stars. 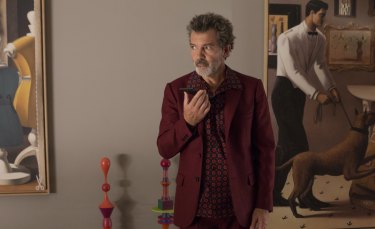 You want a new Australian drama? HEARTS AND BONES

Ben Lawrence's breakthrough 2018 documentary Ghosthunter was a deep dive into trauma and atonement, and he returns with a dramatic feature that covers equally challenging terrain. The upcoming exhibition by a veteran war photographer (Hugo Weaving) is challenged by a South Sudanese refugee who has remade his life in Australia, sparking a friendship – and risk – between the two men. 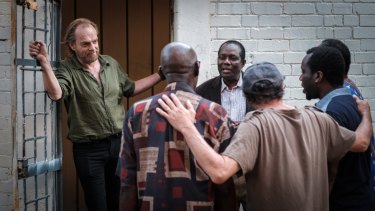 You want your zombies with deadpan humour? THE DEAD DON'T DIE

Jim Jarmusch has made a spy movie, a vampire movie, a samurai movie and a western. Sooner or later he was going to get to the zombies. When the undead rise up in a small town, law enforcement and the local mortician band together to survive – that means roles for Bill Murray, Tilda Swinton, Adam Driver and Chloe Sevigny, plus eclectic cameos and a serving of gore. 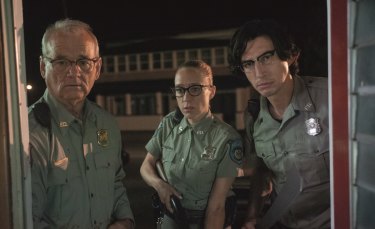 You want your politics laced with weirdness? BACARAU

The Cannes program appeared heavy on political commentary and freak-outs this year, and this wild Brazilian drama helped lead the way with its depiction of a Brazilian village that has literally been erased from maps and now faces a bloody existential threat. It's a B-movie with A-level subtext and it comes with the presence of that cult movie mainstay Udo Kier. 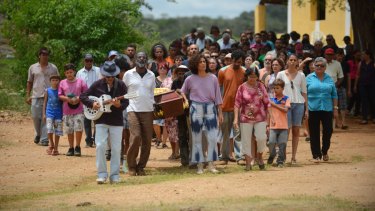 Brazilian drama Bacarau depicts a village that has literally been erased from maps.

You want a music legend in full flight? AMAZING GRACE

Directed by the late Sydney Pollack, the documentary footage from Aretha Franklin's 1972 live recording sessions in a Los Angeles church for her gospel album Amazing Grace sat unused in a vault for decades, the victim of shooting bungles. Resurrected and revived, the completed film captures one of the greats of 20th century music in complete command of her voice, art, and audience. 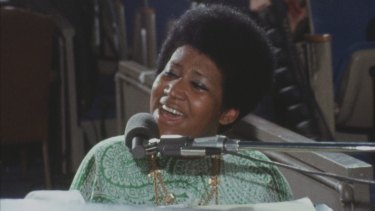 Aretha Franklin in a scene from the late Sydney Pollack’s documentary Amazing Grace.

You want a new take on science-fiction? HIGH LIFE

Claire Denis is the outstanding French filmmaker of the past 25 years, with her latest film taking her recurring concerns – family bonds, the struggle for a sense of identity, the vicissitudes of loss – into outer space, with Robert Pattinson as one of a group of condemned criminals sent on a mission to a black hole. The stark emptiness is tempered by official meddling and new life, with Juliette Binoche in a vivid supporting role. 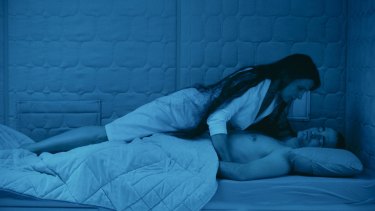 Juliette Binoche and Robert Pattinson get close in High Life.

You miss the '90s grunge scene? HER SMELL 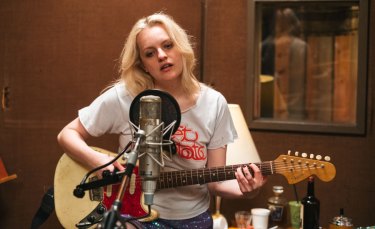 Holliday Grainger (Cinderella) and Alia Shawkat (Arrested Development) play Laura and Tyler, best friends for a decade who live a tightly connected if dissolute life in Dublin. That's the subject of the second feature from Australian director Sophie Hyde (52 Tuesdays). Reviews have celebrated the two leads, who are at the centre of unconventional storytelling. 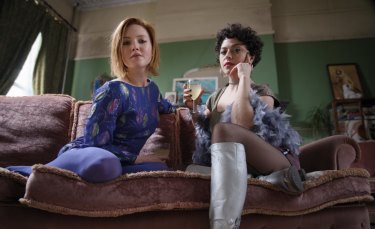 Holliday Grainger and Alia Shawkat in a scene from Animals.

You want to laugh? BRITTANY RUNS A MARATHON

The American comedian Jillian Bell has often been the funniest voice in the supporting cast of Hollywood films – Rough Night, 22 Jump Street, and Office Christmas Party have all benefited from her exuberantly deranged energy. In this underdog comedy she headlines as the New York party animal whose health kick involves running 42 kilometres and surviving. Expect her protests to be hilarious. 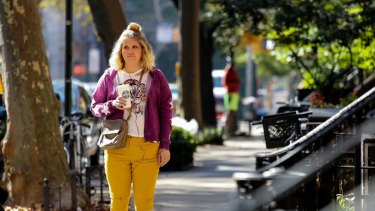