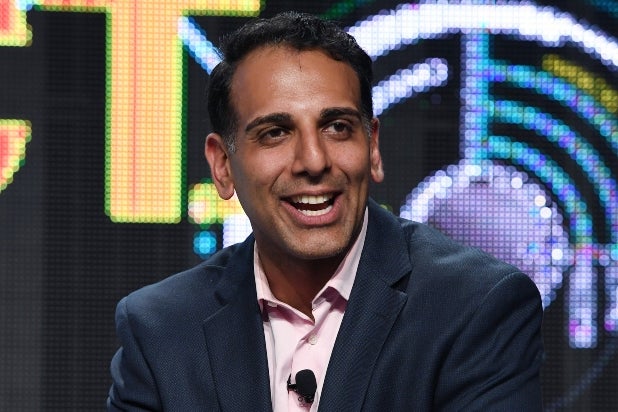 As part of the deal, Virk’s “Cinephile” podcast will become part of the “Le Betard & Friends” network.

Since 2016, Virk has offered weekly podcast reviews of the newest films and television as well as conversations with heavy hitters from the entertainment industry. “Cinephile” also offers historical perspective, recapping some of the most influential TV shows and films of all time.

Additionally, Virk will make appearances on “The Dan Le Batard Show with Stugotz” and participate in Meadowlark projects in the future.

“I’ve been told by people who know such things that Adnan Virk has as much range as anyone in broadcasting, but I’ve simply never liked him,” said Le Batard. “That polish and happy energy is annoying and … what? We did what?!? What do you ‘mean’ we hired him? How did he breach Meadowlark security? How was this done without my knowledge?”

“I’ve had the amazing fortune to have John Skipper as my boss at ESPN, DAZN and now Meadowlark,” said Virk. “Clearly the third time is the charm and I’ve long enjoyed John’s ambition, erudition and sense of humor.

“As for Dan, his boorish behavior in the midst of my infiltration of his show has now ceased as he has capitulated to the Adnan Army and realizes resistance is futile. I look forward to climbing aboard his pirate ship and joining forces with one of the most creative, original and fearless voices in sports media.”

“Adnan is a unique talent – the kind of broadcaster who can thrive in any sport and in any environment,” Meadowlark CEO John Skipper said. “We’re thrilled for the opportunity to welcome a friend who offers a diverse voice and shares our desire to create high-quality content that pushes beyond the boundaries of sports.”

Skipper and Le Batard, who like Virk are both formerly of ESPN, formed Meadlowlark Media in January, following Le Betard’s exit from the Disney-owned sports network. The duo describes their venture as having a “creator-centric point of view” and plan to “partner with industry-leading storytellers on a variety of content projects with an initial focus on sports.”