Afghanistans Film Archives Were Saved from the Taliban Once Before. What Now?

During the Taliban’s rule of Afghanistan from 1996 to 2001, women and girls were shut out of public life, punishments took the form of public executions, and media was banned. That made the archives of the state-run Afghan Film — featuring scenes of women with their hair uncovered and other vignettes of the country’s past — a fast target of the Taliban.

But one government worker was instrumental in helping preserve them with lies and misdirection, according to Ibrahim Arify, former general director of Afghan Film who was on the job between 2012 and 2018. “In case the Taliban insisted on taking material away, this man organized celluloid films which did not contain important Afghan film material (e.g. preview clips) that the Taliban could take to burn,” Arify told IndieWire via email. He declined to name the individual, citing a need to protect his safety.

Efforts to protect, restore, and digitize that window into Afghanistan’s history emerged over the last 20 years, coinciding with a robust return of film and TV to the country. But now that the Taliban has returned to power, huge questions loom about the status of that archive, which dates back to 1927.

The recent history of the archive is tense, and a sensitive subject to those most intimately familiar with it. It was moved to the presidential palace in Kabul in summer 2018 and became part of the national archives, a decision that angered many in Afghanistan’s film community, according to Sahraa Karimi, who became the first woman general director of Afghan Film in May 2019.

“I had a few meetings with them, but I couldn’t convince them to return the archives,” she said in a phone interview from Kyiv, Ukraine, where she fled from Kabul in August. “It didn’t belong anymore to Afghan Film. When we wanted films, we needed to go through a lot of bureaucratic process.”

Neither Karimi nor Arify know the exact status of the archives, but Karimi says it’s clear they’re now under control of the Taliban. But digitization of a portion of the archive offers one glimmer of hope in the preservation of the country’s cinematic history. When the Taliban previously controlled Afghanistan in the ’90s, it banned the internet and destroyed TVs and cameras; this time around, it is embracing the power of media and painting itself as less extreme. The government’s higher education minister recently said women will be allowed to continue to study in universities, but classrooms will be gender-segregated. 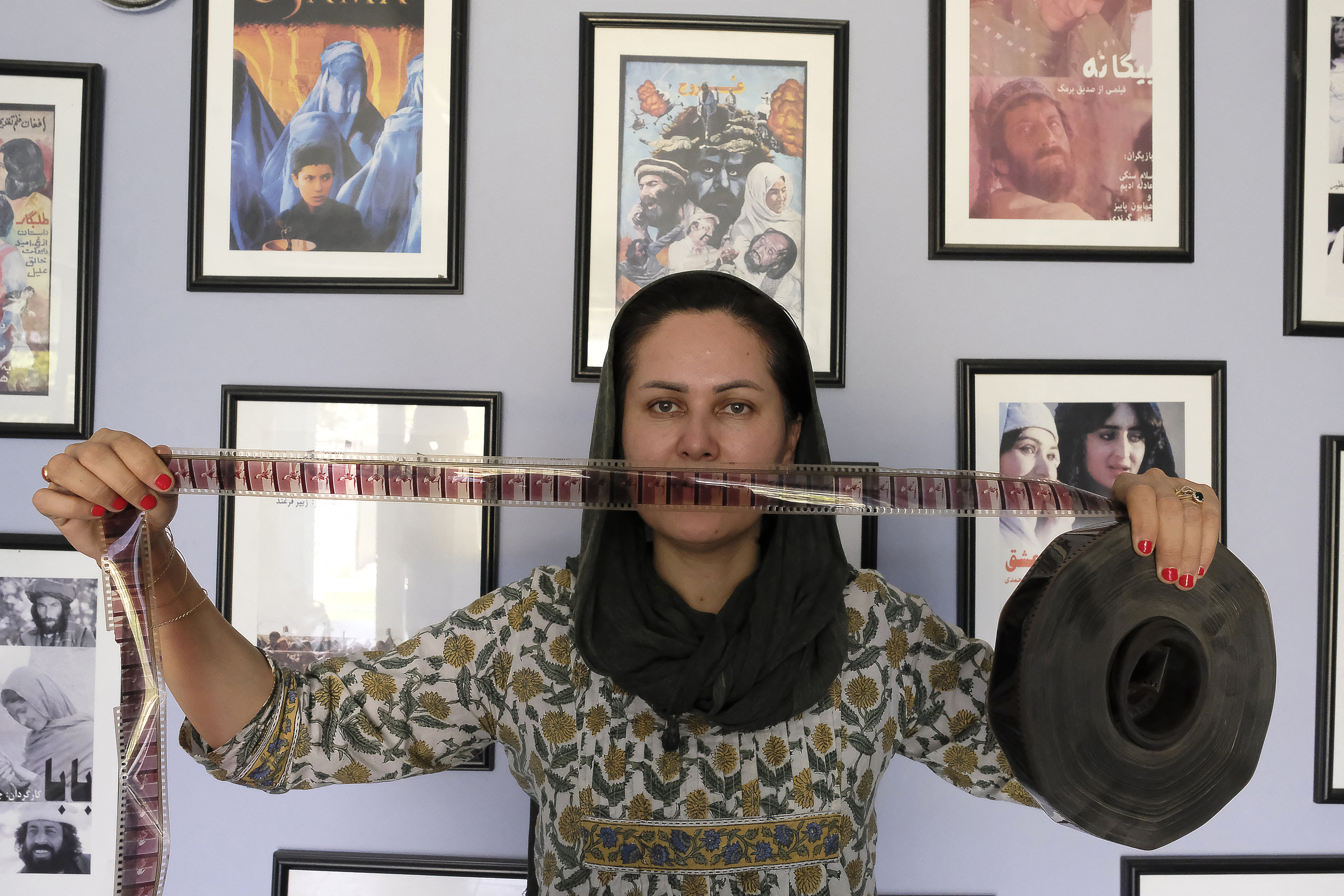 A Taliban spokesman told the Washington Post in late September that the interim government is still “making a framework” for issues around arts and culture. Whether a form of art is “permissible or prohibited” will be governed by Islamic law, he said. Karimi recently posted a photo on Twitter taken in her former office, featuring a group of men raising their hands in prayer. Among them is the new Afghan Film leader, though Karimi does not know details about him besides describing him as a mullah, or a religious leader schooled in the Taliban’s Islamic ideals.

Members of the Afghan film community said they are deeply concerned about what the Taliban’s rule will mean for the country’s past and future media. (IndieWire has reached out to a Taliban representative for comment and will update this piece accordingly.)

Filmic representations of the country’s history are particularly important because they offer the country’s younger generation a window into their nation’s past, said Wazmah Osman, a Temple University professor and filmmaker whose family left Afghanistan as refugees in the ’80s.

Arify, a filmmaker who left Afghanistan to study in the Soviet Union and later settled in Germany as conflict ravaged his home country, returned to Afghanistan about a decade ago to oversee the preservation of the archive. His work is the subject of Pietra Brettkelly’s 2015 documentary “A Flickering Truth,” which depicts workers sorting dusty reels piled in a barn, crunching on piles of unspooled celluloid with every step, and the discovery of films in a drop ceiling — uncovered years after the Taliban’s rule ended.

“I felt obliged to return to Afghanistan because I had the education and training to work with celluloid films and felt morally obliged to show and teach others how to preserve these cultural treasures,” he said. “The films in the archives contain large parts of Afghan history and development of the last century. There are not just films but moving pictures, showing Afghanistan’s streets, people, buildings and culture and how they’ve changed over time. These materials are cultural treasures that need to be protected and saved. They show how civilized and developed Afghanistan was and how it changed.”

Arify faced huge challenges. Few on his team had experience working with film, so he needed to train them on the job. Work spaces were filled with dirt, films were degraded thanks to leaky roofs and lack of climate control, equipment was broken, and he had to fight bureaucracy and lack of funding, he said.

Past reporting puts the number of preserved films in the archives at 7,000. Arify said many were digitized, but declined to specify how many. He noted the digitization was constrained by the limited equipment available to him.

The exact story behind the archives’ next chapter changes depending on who you ask, but it’s clearly a contentious topic. Arify says the decision to move the archive and his 2018 termination were both embroiled in politics. The way he tells it, the work of former president Ashraf Ghani’s daughter, Mariam Ghani, was a particular flashpoint. She directed the 2019 film “What We Left Unfinished,” which tells the story of five unfinished narrative features from the communist era of Afghanistan. Arify said his stance that Ghani would not get any special treatment around her work in the archives, along with his disapproval of the archives’ move, were the two main reasons he was fired.

Mariam Ghani, who lives in New York, told IndieWire her work in the archives began before her father was elected president in 2014 and under a previous Afghan Film leader, a timeline backed up by Karimi. Ghani said she licensed the archival films at the same rate as other filmmakers and received no special treatment, though she said she recognizes her large security detail could have been disruptive to the Afghan Film staff. She balked at the notion that she personally benefited from the archives’ move, noting that the transfer disrupted the digitization of films and her own production timeline.

She said Arify was fired following an audit that revealed corruption. Arify said the government attempted to find incriminating evidence that could implicate him in a crime, but even when raids turned up nothing, he was terminated. He noted he was never incarcerated for the alleged corruption before he returned to Germany.

“Shortly before my departure, the prosecution called me to tell me that a warrant against me was issued and that it will be carried out if I continue publicly criticizing and telling the truth by giving radio and TV interviews about what happened to Afghan Film and the film archive,” he said.

Karimi agrees with Ghani’s account that her project had nothing to do with the archives’ move. She said Arify shoulders some of the blame for the films’ transfer to the presidential palace, a move that was met by an open letter and demonstration from independent filmmakers protesting the decision.

“Whether the transfer ultimately benefited the larger digitization project, we may never know, since the fate of those drives is uncertain; roughly two-thirds of the archive had already been scanned,” Ghani wrote in an email. “With hindsight it certainly looks like a bad idea to have moved the National Archive into the Presidential Palace complex, because it renders the entire archive, not just the films, more vulnerable to the whims of changing political regimes. On the other hand, the archival materials, including the films, are all stored in hermetically sealed cabinets inside a climate-controlled vault, so there is some chance of their surviving intact, if left alone.”

Arify, however, expressed concerns about the suitability of the way the reels are being stored. 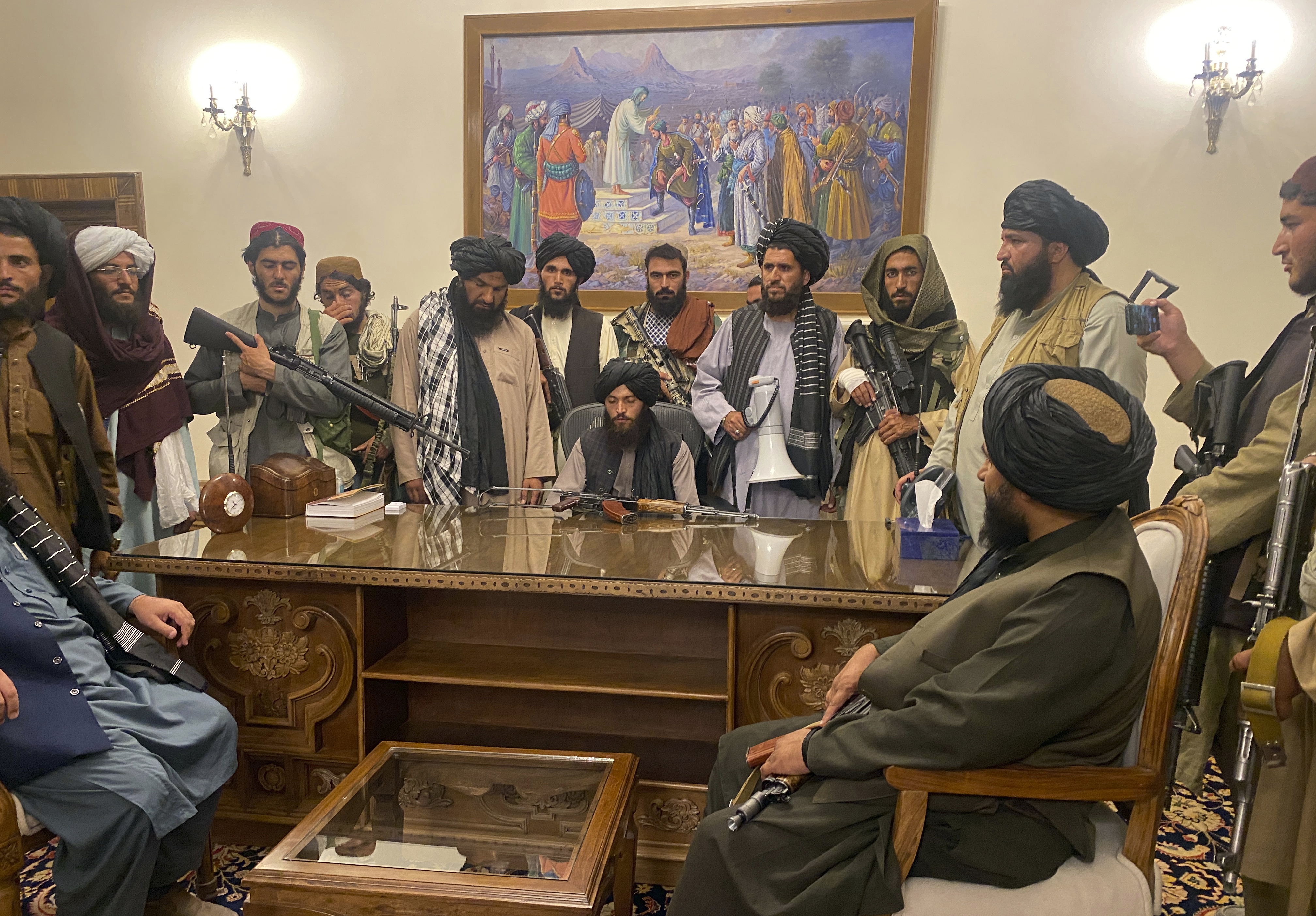 Regardless of the details around the films’ preservation, it remains true that celluloid is a precarious medium. But there is perhaps more security around a rich tapestry of film and TV produced over the last two decades, from the 15 seasons of the the “American Idol”-style “Afghan Star,” to a local version of “Sesame Street” that aimed at promoting education and literacy.

“Due to the availability of digital media, the Taliban will not be able to destroy them,” Arify said. “They are all digitized and saved.”

But picking up even digital pieces is a challenge. Karimi said Afghan Film was producing a range of projects as part of a five-year plan, thanks to newfound government funding, when Kabul fell. She and her colleagues have no access to about a dozen documentary and narrative shorts that were in post-production. They have two shorts that need subtitling, which Karimi hopes to submit to festivals, and other films that are in various states of salvageability.

There’s one particular bright spot. “Birds Street,” a documentary directed by Hezbullah Sultani and produced by Karimi, screened as a work in progress at the Cannes Marché du Film a month before Kabul fell. They were seeking co-producers, gap financing, and distributors for the film, which profiles a Kabul market that sells birds by the dozen, an enclave where “people deliberately ignore the war.”

Karimi fielded calls from interested partners, but the mass evacuations from Afghanistan soon complicated matters. Now, she remains committed as a producer to bring the film to fruition. “For me, it’s very important to finish ‘Birds Street,’” she said. “When everything is calmer, I’m going to finish that film, because I think it’s a beauty.”