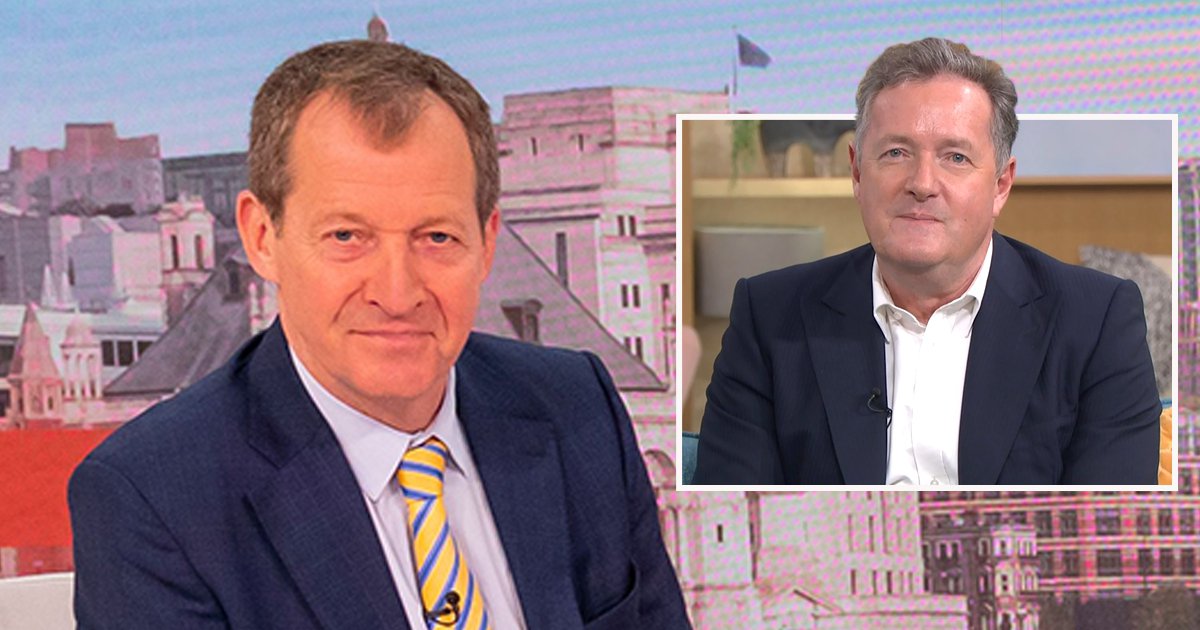 Alastair Campbell has shared his excitement to take on Good Morning Britain this month – and what inspired him to say yes to the gig despite not having, in his words, ‘the sheer love of “being on telly”’.

Speaking about the role, the former political advisor who acted as Tony Blair’s director of communications strategy also doubled down on not being ‘the next Piers Morgan’ while filling his seat for the few episodes.

However, as he co-hosts the show alongside Susanna Reid during Mental Health Awareness Week Alastair shared his desire to do ‘something big’ while also spearheading robust debate the show has become known for.

While government politicians previously boycotted the morning programme during the coronavirus pandemic, Alastair made it clear he was keen to get them in the hotseat – but without the ‘squabbles and shouting’.

Writing for the Independent over the weekend, Alastair penned: ‘I am also looking forward to interviewing politicians on all sides. My week is the one following the local elections so even without Covid-19 and the continuing controversy over funding and flats, the political scene will be hot.

‘One of the most important elements of our democracy is that ministers and their shadows should be subject to scrutiny and questioning and I thought it was self-defeating for the government to have their long boycott of certain programmes, including Good Morning Britain.

‘Ministers should never fear robust questioning but I also know how much most people hate it when things descend into squabbles or shouting. And though I may have strong views, I also think one of the worst things about the nature of our debate, exacerbated by social media, is that we don’t want to engage properly with people who have different views.’

In announcing his new gig last week, Alastair tweeted photos of himself in the studio, writing: ‘So weird to be wearing suit and tie.

‘Been in at @GMB checking the presenter chair and seeing if I can cope with the tech! And no I am NOT the new @piersmorgan BUT I will be presenting alongside @susannareid100 May 10-12 thru Mental Health Awareness Week.

‘In addition to usual news, views and interviews hoping to draw attention to MH Issues which GMB have long championed.

‘But also keen to get stuck in on all the big political stories post May 6 elections. No piano! Wish I’d been on this a.m!’

Piers left Good Morning Britain in March after he was criticised for his comments about Meghan Markle, and after he received more than 41,000 Ofcom complaints – a figure which later rose to 59,000.

During his final show, he also had a heated discussion with Alex Beresford about the topic, with the presenter seen storming off set.

Adil Ray took over to host through April, but Piers has not been formally replaced – although there has been speculation that Richard Madeley has been eyed for the job.

ITV boss Kevin Lygo explained that the GMB presenters on hand will continue to take turns presenting in Piers’ absence, explaining: ‘We’ll mix and match until we feel what the right thing is to do. There isn’t a single person [who can replace him].’