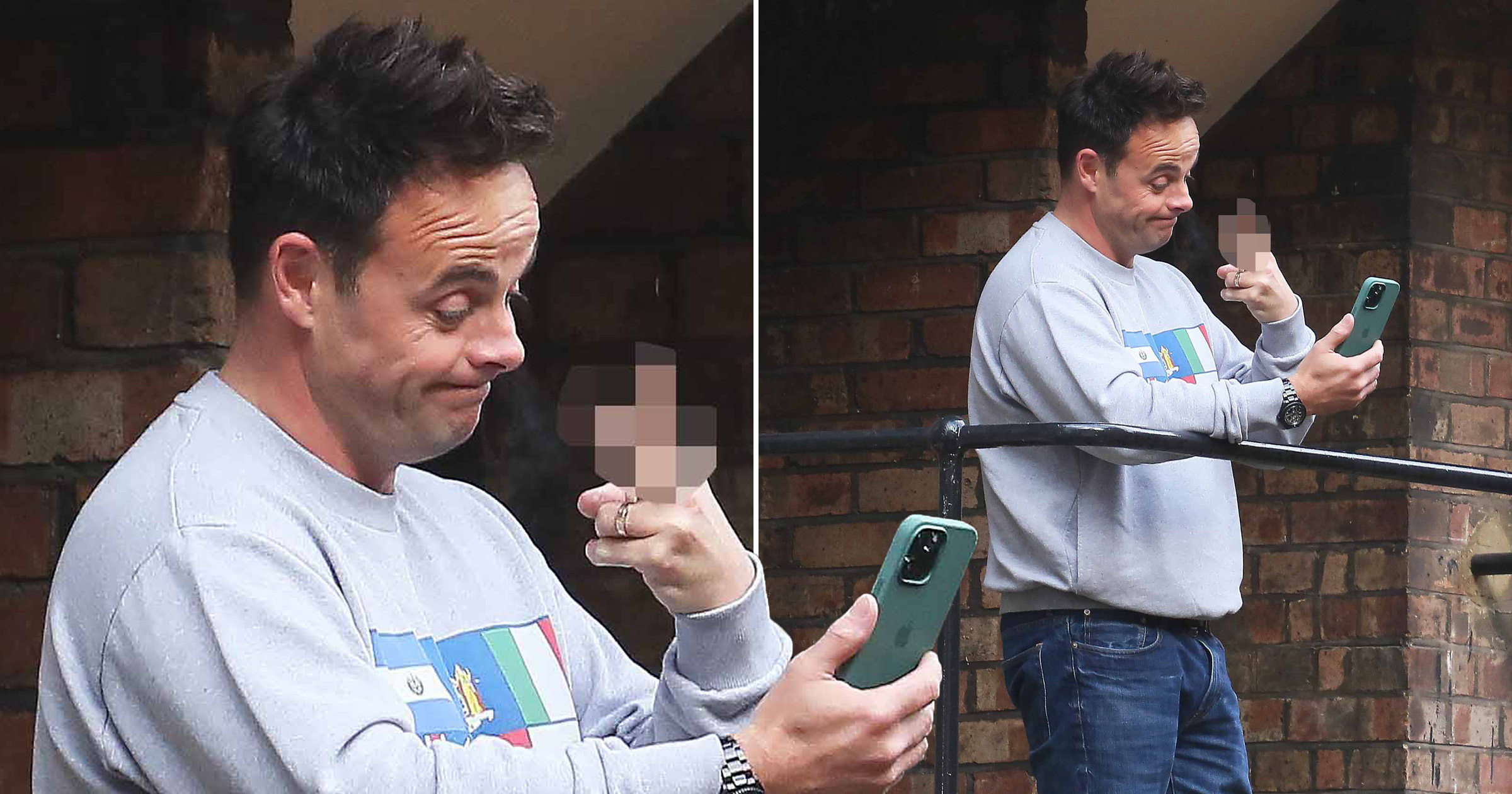 Ant McPartlin was spotted having a playful and slightly post-watershed friendly phone call on a break from filming the semi-final of Britain’s Got Talent.

The 46-year-old popped outside onto the balcony of the Hammersmith Apollo on Tuesday afternoon to have a quick vape and make an animated phone call.

The TV presenter was then seen sticking two fingers up at the caller while he beamed down the phone to them – charming!

Ant and his life-long co-host Declan Donnelly were rehearsing for the live shows of the ITV talent competition that are airing every evening this week.

He sported a casual look for the dress-run with a grey hoodie and jeans, as opposed to the three-piece suit the duo typically wear for the live performance every night.

The Geordie presenters are tied in for another 12 months to a contract with ITV, which their Britain’s Got Talent boss, Simon Cowell has been in talks to extend.

It has been reported that ITV is offering the duo £30 million to stay with the broadcasting channel for another three years, after they’ve worked out their existing contract.

Simon has been advocating for Ant and Dec to remain at the station after working closely with them on a series of talent competitions such as Britain’s Got Talent and Pop Idol.

He told The Mirror: ‘I’d sign them up forever. Ant and Dec are the best. There’s no question. There’s nobody like them.

‘I’ve known them now for over 20 years. They really are fun, but their brilliance is understanding the audience of the show. They really relate to the audience and they haven’t changed at all. They’re very nice people.

‘And, importantly, they love the acts. If I was running ITV, I wouldn’t think twice about it.’

Ant and Dec are also the host of other ITV favourites such as I’m A Celebrity… Get Me Out of Here!, their own show Saturday Night Takeaway and new gameshow, Limitless Win.

All 40 acts from this series of Britain’s Got Talent are battling out in the semi-finals to compete for a place in the grand finale on Saturday to take home that prize of £250,000 and a spot performing at the Royal Variety Show.

Britain’s Got Talent airs every night on ITV at 8pm from Monday May 30 to Friday, June 3 with the final on at 7pm on Saturday night.