Marc is known to Antiques Roadshow viewers as having an eye for the weird and the wonderful, often revealing some high costs for the value of guests’ relics. His expertise revolves around collectors’ items and 20th Century design pieces, of which the World War II typewriter was. However, it was the fact the object had such a tale to it that the director of a London auction house decided the item was indeed priceless, therefore refusing to actually tell its owner the cost it would sell for on the BBC programme.

Joining the guest around a table which featured the typewriter, Marc said: “Do you know, I took one look at this typewriter and really part of me initially thought the best thing that could happen to it were for it to be thrown in a skip.

“But this is a perfect example of how an object can be the catalyst and the momentum behind an incredible story.”

Explaining a bit more of the object’s heritage, the guest explained: “During the Second World War, my grandparents used this – they were involved in the resistance movement in Nazi-occupied Poland.

“My grandfather was an author and a journalist. He worked for the Underground Resistance Press and he was connected all over Europe.

“So I think this was exactly what they used to write about what was happening,” the relic owner told the expert. 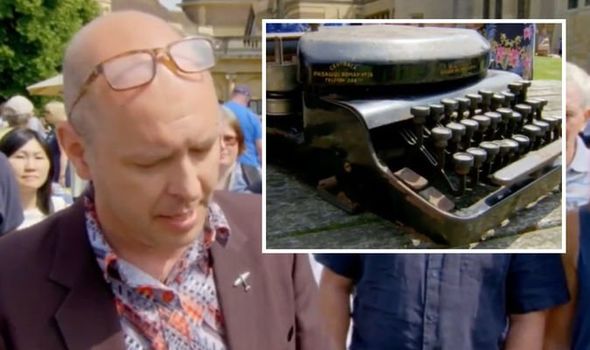 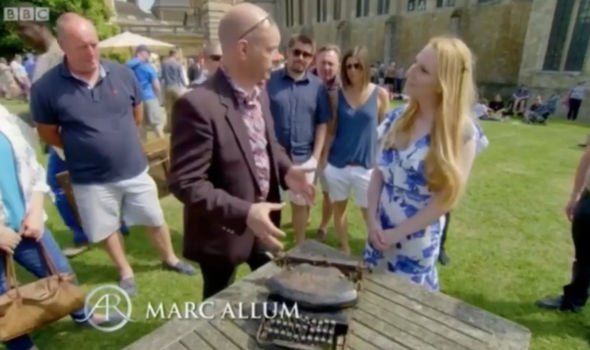 “So, the remnants of the typewriter tell a story that is big,” Marc replied, with the guest giving more context to the piece.

“The main thing that really hit me was that it was illegal to own anything like this in Poland during World War II.

“You would’ve been executed if they caught you with this but the fact my grandparents risked their lives to inform about what was going on, it really moves me,” she commented.

Having weighed up the item, the expert then rounded off the discussion by giving his verdict of whether it would sell at auction. 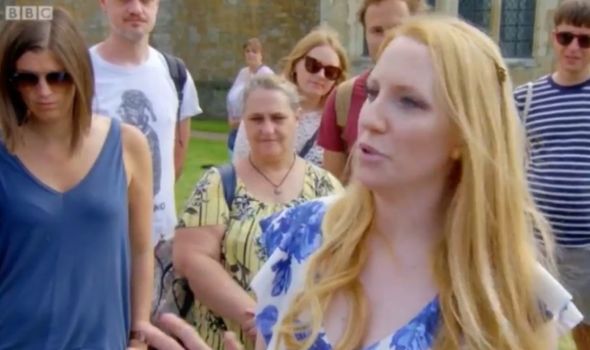 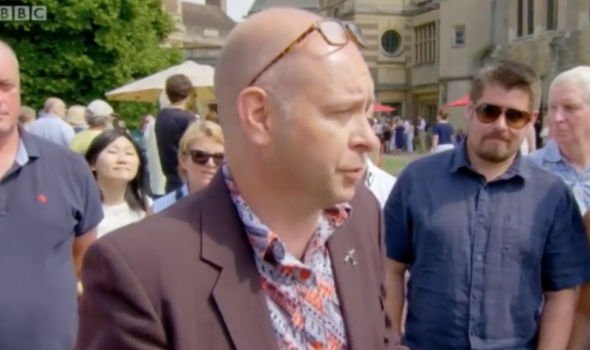 “How do you value things like this?” the auctioneer asked, adding: “I’ll tell you, you don’t because what’s the point.

“As far as I’m concerned, this is valueless, but locked up in it is the most valuable story,” Marc continued.

“And for me, that’s what this rusty old typewriter is all about,” he concluded, thanking the guest for bringing along the relic.

Taking to Twitter, it seems viewers of the programme weren’t best pleased about the typewriter not getting a true valuation.

One wrote: “I’d be well p***** off if I lugged that typewriter there only to be told, ‘I won’t value it, because what’s the point?’ #AntiquesRoadshow.”

Another added on the social media platform: “Thanks for bringing that rusty old typewriter in! Mic drop! #AntiquesRoadshow.”

Despite filming for the show being put on pause earlier this year in light of the coronavirus pandemic, it seems proceedings could be about to resume.

The statement read: “Fancy coming to #AntiquesRoadshow without the queues? We’re filming with a small invited audience only this year.

The locations the crew and host Fiona Bruce, 56, will be travelling to include Culzean Castle in Ayrshire and Kenilworth Castle in Coventry.

Windermere Jetty Museum in Cumbria will also be the backdrop for another post-lockdown episode, with social distancing guidelines in place to ensure everyone’s safety.

Antiques Roadshow airs Sundays at 8pm on BBC One.