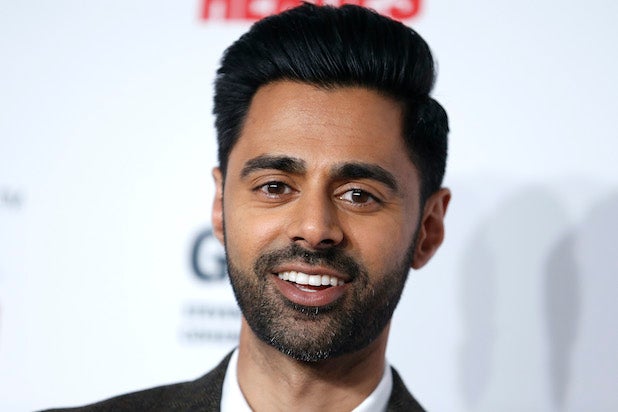 Hasan Minhaj is joining Apple TV+ “The Morning Show” for Season 2 in the recurring role of Eric, “a charismatic, rising star who joins ‘The Morning Show,’ team,” TheWrap has learned.

Along with former “Patrioit Act” host Minhaj, newcomers for Season 2 include Greta Lee as Stella Bak, “a young, ambitious leader of an online media company that caters to a millennial and Gen Z audience,” and Ruairi O’Connor as Ty Fitzgerald, “a savvy YouTube star.”

Per Apple, “The Morning Show” explores the cutthroat world of morning news and the lives of the people who help America wake up in the morning. Told through the lens of two complicated women working to navigate the minefield of high-octane jobs while facing crises in both their personal and professional lives, “The Morning Show” is an unapologetically candid drama that looks at the power dynamics between women and men, and women and women, in the workplace.

“The Morning Show” is Michael Ellenberg through Media Res, which also serves as the studio, along with Aniston and Kristin Hahn through Echo Films, Witherspoon and Lauren Neustadter through Hello Sunshine, and Mimi Leder, who also directs several episodes. The series is developed by Kerry Ehrin, who serves as showrunner and is an executive producer.

The Apple TV+ drama marks Minhaj’s first major scripted TV series role, being primarily known for his work on “The Daily Show” and his now-canceled Netflix series “Patriot Act With Hasan Minhaj,” which came to an end in August.