Are Marvin And Melinda From Too Hot To Handle Season 2 Still Together?

Season two of Netflix’s dating competition “Too Hot To Handle” truly lived up to its name. With 10 new hotties living it up at a tropical villa, it was inevitable that things would get steamy between these single ladies and gents. If you’re an avid viewer of the “Too Hot To Handle,” you’re already aware of the consequences that come with getting too touchy on one another or partaking in a sexual act — money is deducted from a $100,000 cash prize to be split amongst the cast. Unfortunately in season 2, the cast lost over $50,000 just because they couldn’t fight the temptation.

Despite the record of most rule breaks in the show’s history, some people forged romantic relationships that lasted beyond the show. Although their relationship wasn’t as intense as Cam Holmes and Emily Miller, “THTH” stars Melinda Melrose and Marvin Anthony won the masses over with their love story. Through changed behavior, communication, and just a sprinkle of sex, Melinda and Marvin’s romance resulted in the latter winning the $55,000 cash prize all to himself. You may be wondering if Melinda and Marvin are still hot and heavy after the cameras stopped rolling – read on to find out! 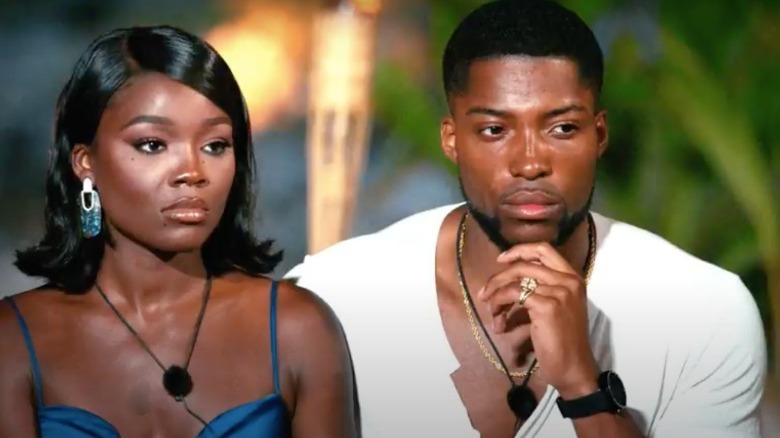 Although Melinda Melrose and Marvin Anthony ended up together by the finale, things didn’t stay that way for long after filming of “Too Hot To Handle” was over. One understandable reason why the two reality stars couldn’t make it work is the COVID-19 pandemic. Given that Melinda lives in Brooklyn, New York and Marvin is from Paris, France, the travel restrictions and pre-vaccine era of late 2020 got in the way of their romance.

Aside from that, Marvin and Melinda’s tumultuous relationship on “THTH” became too complicated to deal with off-screen. During the season two reunion, Melinda revealed that she and Marvin had plans to meet up in Mexico. Unfortunately, the trip plans failed to execute. As Melinda explained, she got into a fight with her Parisian beau over the phone prior to their trip. Marvin cancelled his flight and ignored Melinda’s calls, making the latter feel she was “ghosted.”

Based on Marvin’s previous mistreatment of Melinda on the dating show and his actions when the show was over, many viewers believe that he used their relationship to win the cash prize. It’s still no telling just exactly how the two feel about each other, but it’s clear that Melinda is enjoying the company of her co-star, Peter Vigilante.