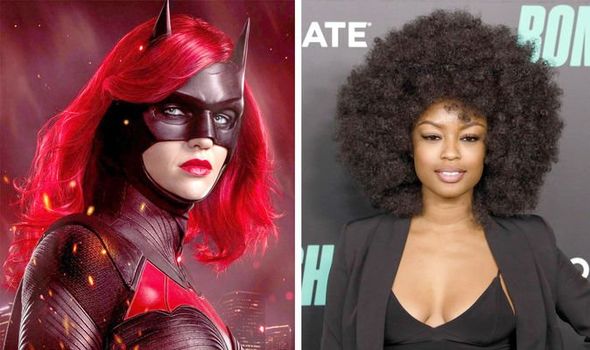 Batwoman season two is scheduled to air on The CW in January 2021. Earlier this year, Ruby Rose announced she would be leaving the role of Batwoman.  Finally, her successor has been revealed to fans and everyone is curious to know more about Javicia Leslie.

Javicia Leslie is an American actress from Augsburg, Germany.

She is best known for playing the role of Ali Finer in the comedy-drama series God Friended Me.

Leslie’s other credits include Always a Bridesmaid and The Family Business.

READ MORE Arrowverse: When is the Batwoman and Superman crossover episode out?

She has also starred in many theatre productions including  August Wilson’s Seven Guitars, Ntozake Shange’s For Colored Girls, and Bob Fosse’s Chicago.

New character Ryan is described as: “likable, messy, a little goofy and untamed” according to Deadline.

Ryan is nothing like Kate, spending years as a drug-runner and avoiding police capture.

She is described as “The most dangerous type of fighter: highly skilled and wildly undisciplined.

“An out lesbian. Athletic. Raw. Passionate. Fallible. And very much not your stereotypical All-American hero.”

After the news of her casting was announced, Leslie said: “I am extremely proud to be the first Black actress to play the iconic role of Batwoman on television, and as a bisexual woman, I am honored to join this groundbreaking show which has been such a trailblazer for the LGBTQ+ community.”

Speaking to Deadline, Batowman executive producer  Caroline Dries said: ” I’m inventing a whole new character who in her past was inspired by Batwoman, so she will take on the mantle and is completely maybe not the right person at the time to be doing it, so that’s what makes it fun.