The BBC accidentally used a graphic that described Rishi Sunak as a ‘c**t’ when it was announced he would become PM after Liz Truss’ disastrous leadership.

The ex-Chancellor met with King Charles this morning to be formally appointed as the country’s latest leader before making his first speech as prime minister on the steps of Downing Street.

It became clear he would become the Conservative Party leader on Monday after challenger Penny Mordaunt dropped out, with the BBC reporting on the breaking news.

Stood outside Number 10, a reporter said: ‘How would you describe Rishi Sunak in one word?

‘Savanta ComRes, a polling research company, came up with a word cloud and people sent in their thoughts and this is the conclusion.’

The camera then showed a slide of the word cloud, which included ‘c**t’ and ‘t**t.’

Other labels included boring, slimy, idiot, backstabbing and liar, while on the opposite spectrum some voters associated the leader with confident, nice and intelligent.

– What to expect today as Rishi Sunak officially becomes PM

– From mum’s ‘tiny’ chemist’s to the door of No10: Rishi Sunak’s journey to PM

– Inside Rishi Sunak’s family life as he becomes Prime Minister 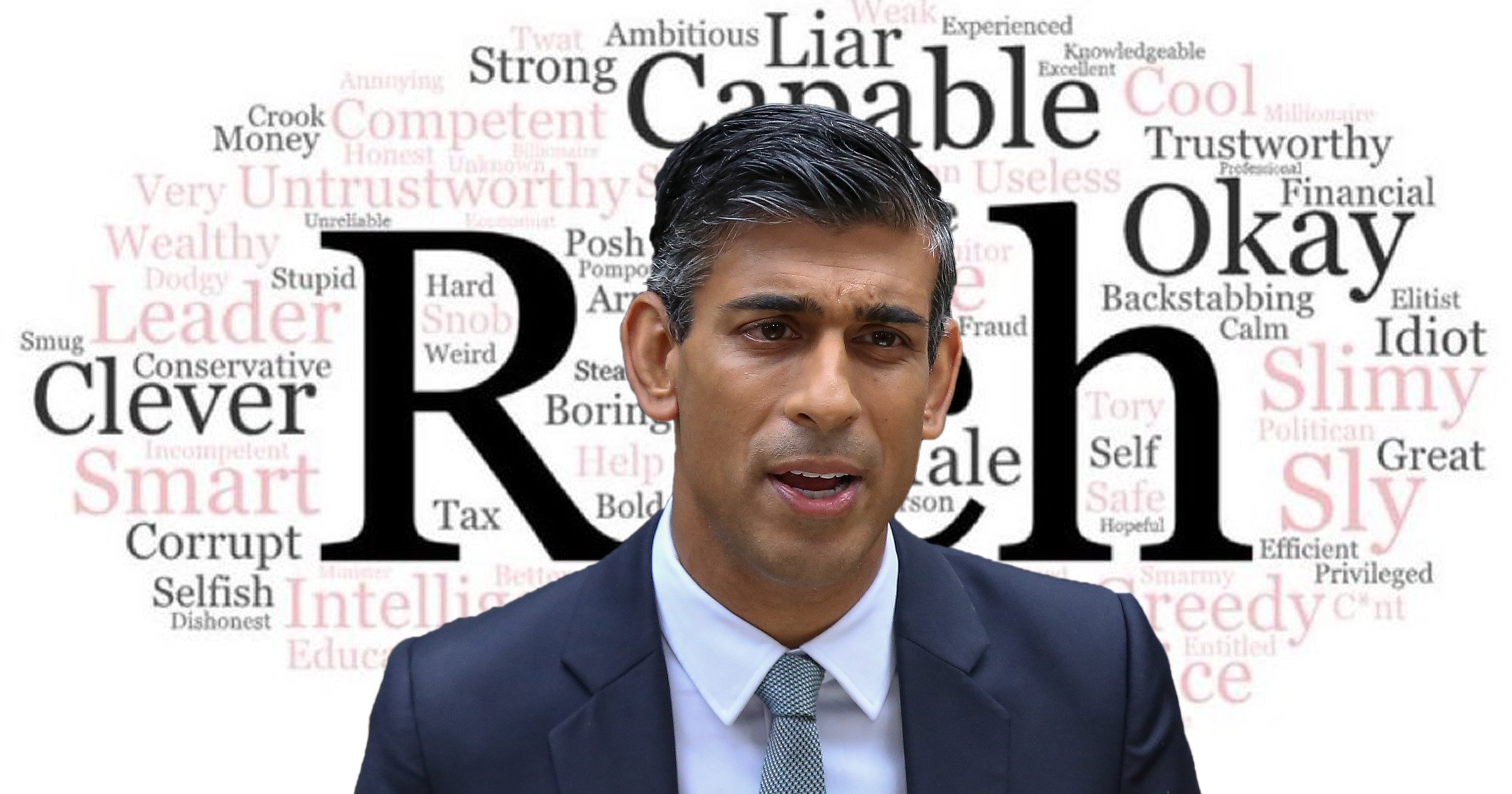 Not spotting the expletives, the journalist continued: ‘Rich is the overwhelming word, alongside capable, okay, good and clever.’

Polls suggest Britain is divided about Rishi Sunak taking over as prime minister – but a majority want an early general election regardless, a new poll has found.

The YouGov survey of 2,398 people also found that more than half – 56% – want the country’s first British Asian leader to call an early general election.

Sunak replaces Truss, who resigned after just 44 days in office which is exactly the same number of days David Blaine lasted in that box above the Thames.

Her stint also managed to be shorter than a singular series of Love Island, as host Iain Stirling pointed out, shorter than Kim Kardashian’s notoriously short-lived marriage to Kris Humphries, and even – would you believe it – shorter than Jedward lasted in the live shows of The X Factor.