BBC News: Dan Walker corrected by Michael Howard over Theresa May gaffe ‘Not quite right’

It came as the BBC Breakfast host spoke to Vince Cable and Michael Howard about US President Donald Trump’s visit to the UK.

During the discussion, Dan Walker brought up the matter of Theresa May, who announced a few weeks ago that she would step down as the Leader of the Conservative Party on June 7.

Walker began: “It’s a strange week in British politics as Theresa May will sort of be finishing her role as Prime Minister this week as well.”

He then went on to ask Lib Dem leader Cable about the situation before going onto Howard.

I was going to correct that

“Which direction should the party move in, Mr Howard?” he asked.

“I’m not going to take part in the leadership campaign,” Howard explained.

However, he then went on to pick up on the mistake Walker made.

He explained: “It’s not quite right as you say that Theresa May ceases to be Prime Minister at the end of this week, she ceases to be the leader of the Conservation Party.

“She’s going to be Prime Minister for quite a few weeks more yet.”

The presenter graciously thanked the politician for pointing out the error. 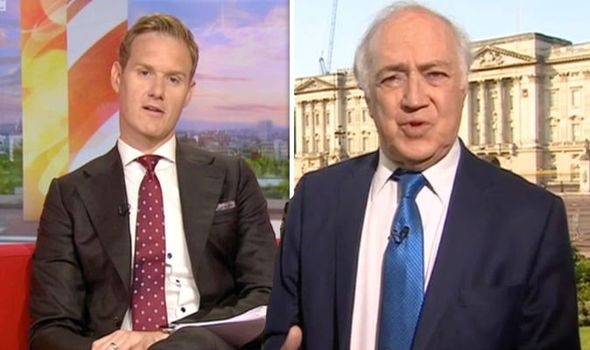 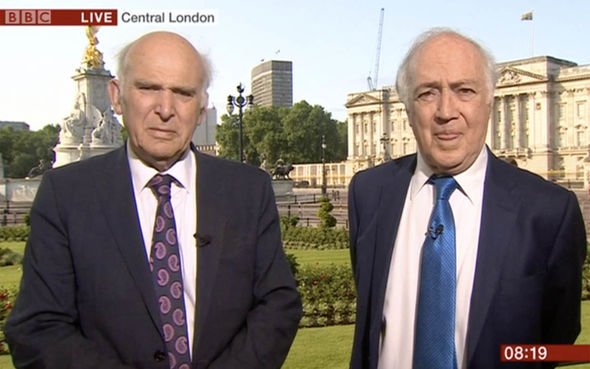 He replied: “Thank you for picking me up on that I was going to correct that but you’ve done the right thing there.”

The conversation surrounding Donald Trump comes as he is expected to arrive in the UK today for a state visit.

Trump will meet with members of the Royal Family and talk with Prime Minister Theresa May.

“I feel as certain today as I did three years ago that in a democracy if you give people a choice you have a duty to implement what they decide. I have done my best to do that. 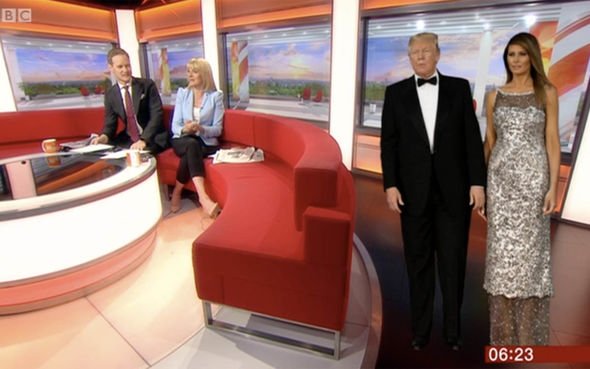 “I negotiated the terms of our exit and a new relationship with our closest neighbours that protects jobs, our security and our union. I have done everything I can to convince MPs to back that deal. Sadly I have not been able to do so. I tried three times.

“I believe it was right to persevere even when the odds against success seemed high. But it is now clear to me that it is in the best interests of the country for a new Prime Minister to lead that effort.

“So I am today announcing that I will resign as leader of the Conservative and Unionist Party on Friday, June 7, so that a successor can be chosen.

“I have agreed with the party chairman, and the chairman of the 1922 Committee, that the process for electing a new leader should begin in the following week.

“I have kept Her Majesty The Queen fully informed of my intentions and I will continue to serve as her Prime Minister until the process has concluded.”

BBC Breakfast airs weekdays at 6am on BBC One.