BRITAIN'S Got Talent runner-up Marc Spelmann amazed the judges, viewers and Ant and Dec last night when he was unmasked as mysterious magician X.

Now the talented showman, 47, has exclusively revealed to The Sun Online just how he kept his identity hidden from his very first audition until the moment he completed his spectacular final performance. 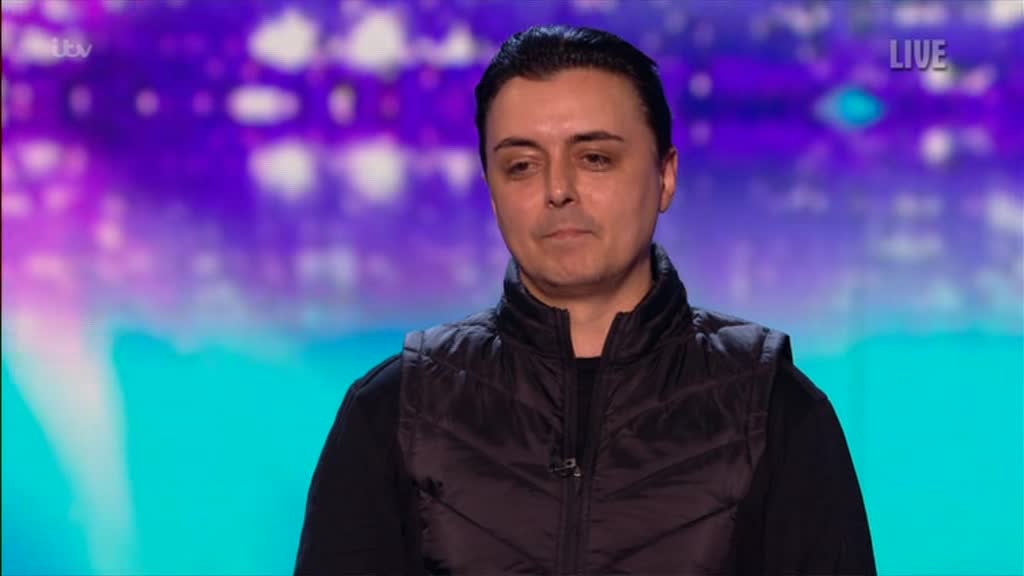 Marc's journey began when he signed up to the show using his real name rather than stage moniker Marc Spelmann. He enlisted the help of a magician pal called Colin to help meticulously plan the audacious act, with Marc describing it as "like being in a Jason Bourne film."

He explained: "Marc Spelmann is a stage name so, if you think about it, when you’re doing any of these programmes if I’d put down on my application form 'my name is Marc Spelmann' they’d be like 'he sounds familiar' and there’s every chance you can get rumbled.

"I put down my real name and no one knows who that is. I turn up with a mask on. You go through the audition process, they go 'oh great, lovely.'

"You wouldn’t associate the two. You become so well known by your stage name that everyone on set – all the researchers, don’t think about the real name. 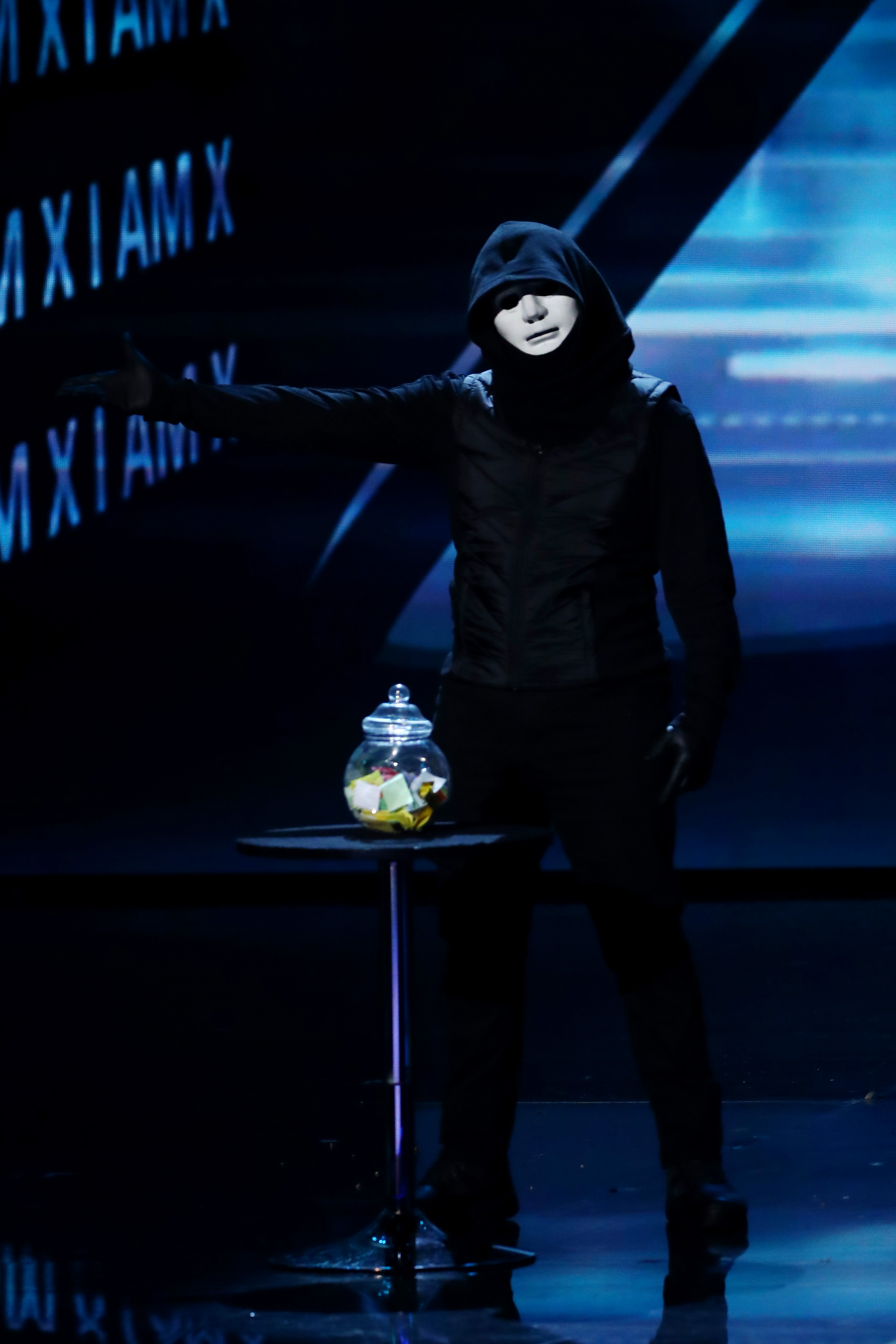 "People who know me really well in the magic industry don’t know my name.

Last year Marc was sent straight through to the semi-finals as Ant and Dec's golden buzzer act after the hosts were moved to tears by his jaw-dropping act and emotional backstory.

The performer's wife Tessa was diagnosed with breast cancer and underwent chemotherapy while pregnant with their now three-year-old daughter Isabella.

Both mother and daughter survived and are living healthy lives, inspiring Marc to put out his message of hope. 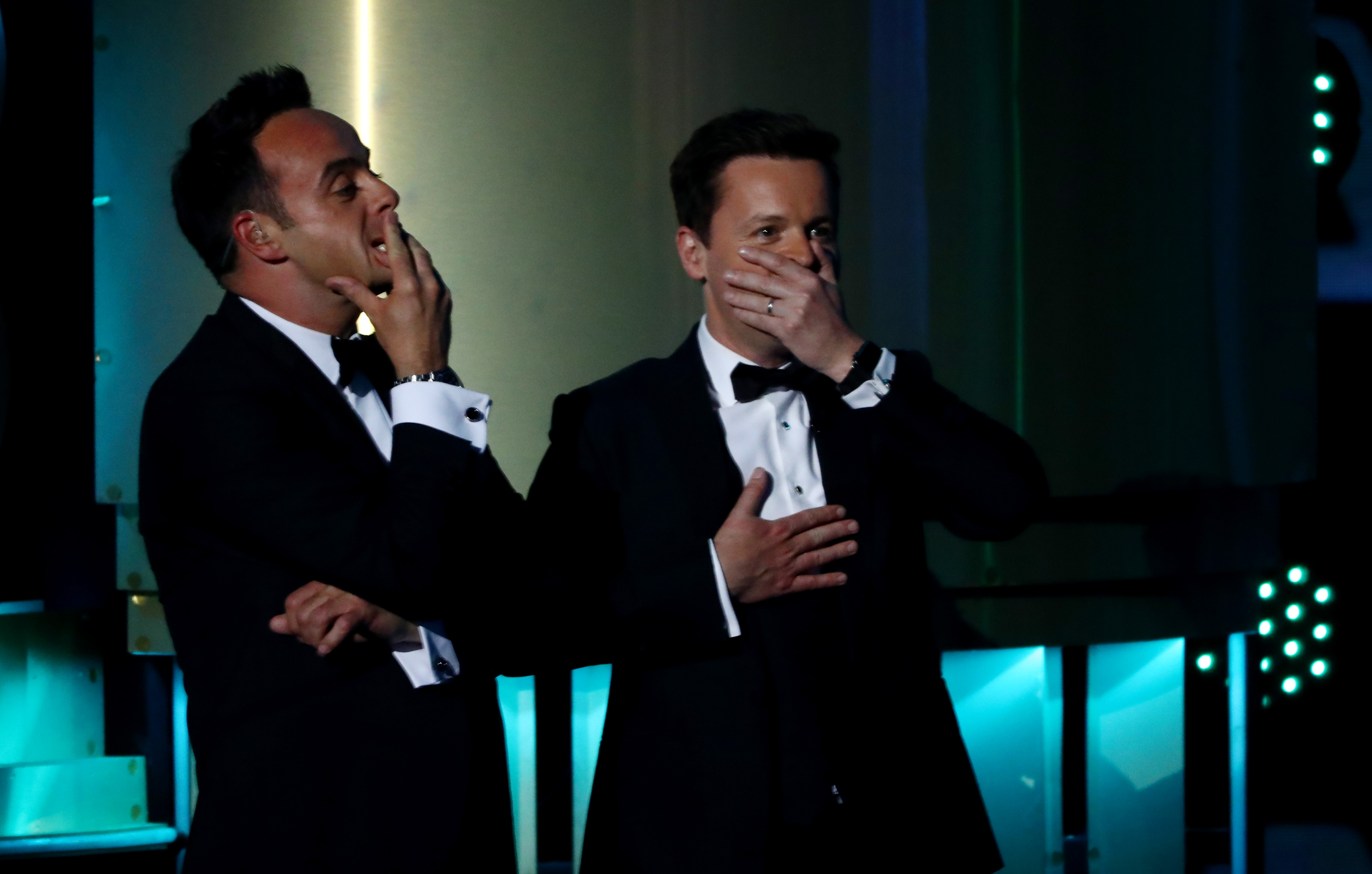 When asked if the Geordie duo came close to rumbling him, Marc said: "No. Because we had planned it so well.

"After a while on the programme people realised you don’t talk to X, you talk to the guy with the hat on.

"No one ever came near to me. Even the floor manager, the stage manager would ask 'how would X like this to be laid out on stage?' There was a never a chance for getting rumbled.

"My changing room for the semi-final had blackout windows as requested. And there was a sign on the door, a lock, there was everything [laughs]. We thought everything through. Once I did well in the audition in Manchester back in February that’s when myself and Colin sat down and pre-planned everything. 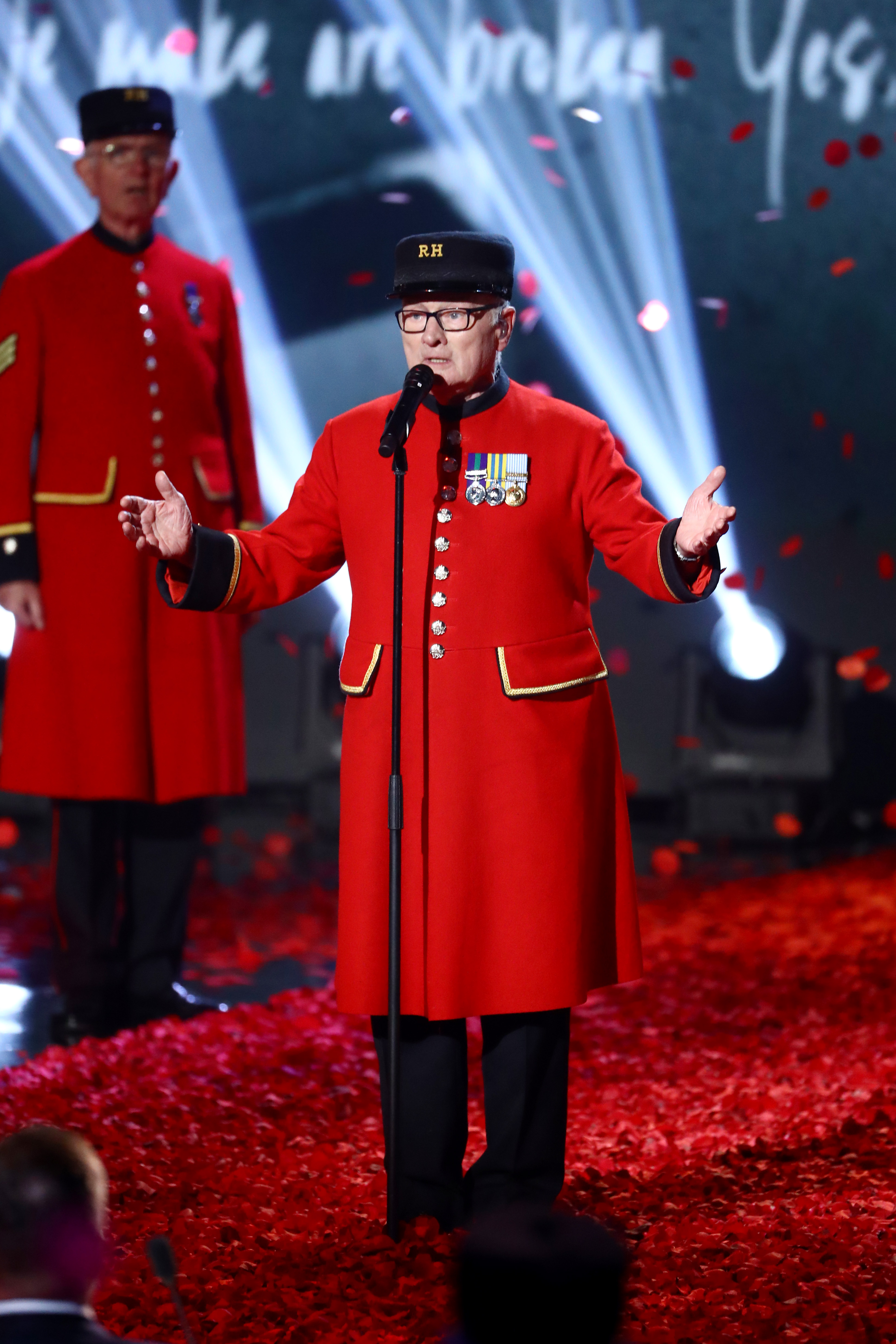 "Harry in 4MG is the son of a really good friend of mine. Even they didn’t know until the very end when the mask came off.

"The only thing we didn’t think of was having a small portable fan for me to cool down with because I had the mask on all the time."

Chelsea Pensioner Colin Thackery, 89, won the final after his emotional rendition of Love Changes Everything, dedicated to his late wife Joan.

Some viewers reacted by calling it a fix and claiming Marc should have won.

But Marc said he felt like a winner regardless, and that Colin deserved his success.

"I’m absolutely delighted for Colin, and I absolutely bow to what he’s achieved and given up."

"It was exactly what that show needed and was the perfect ending." 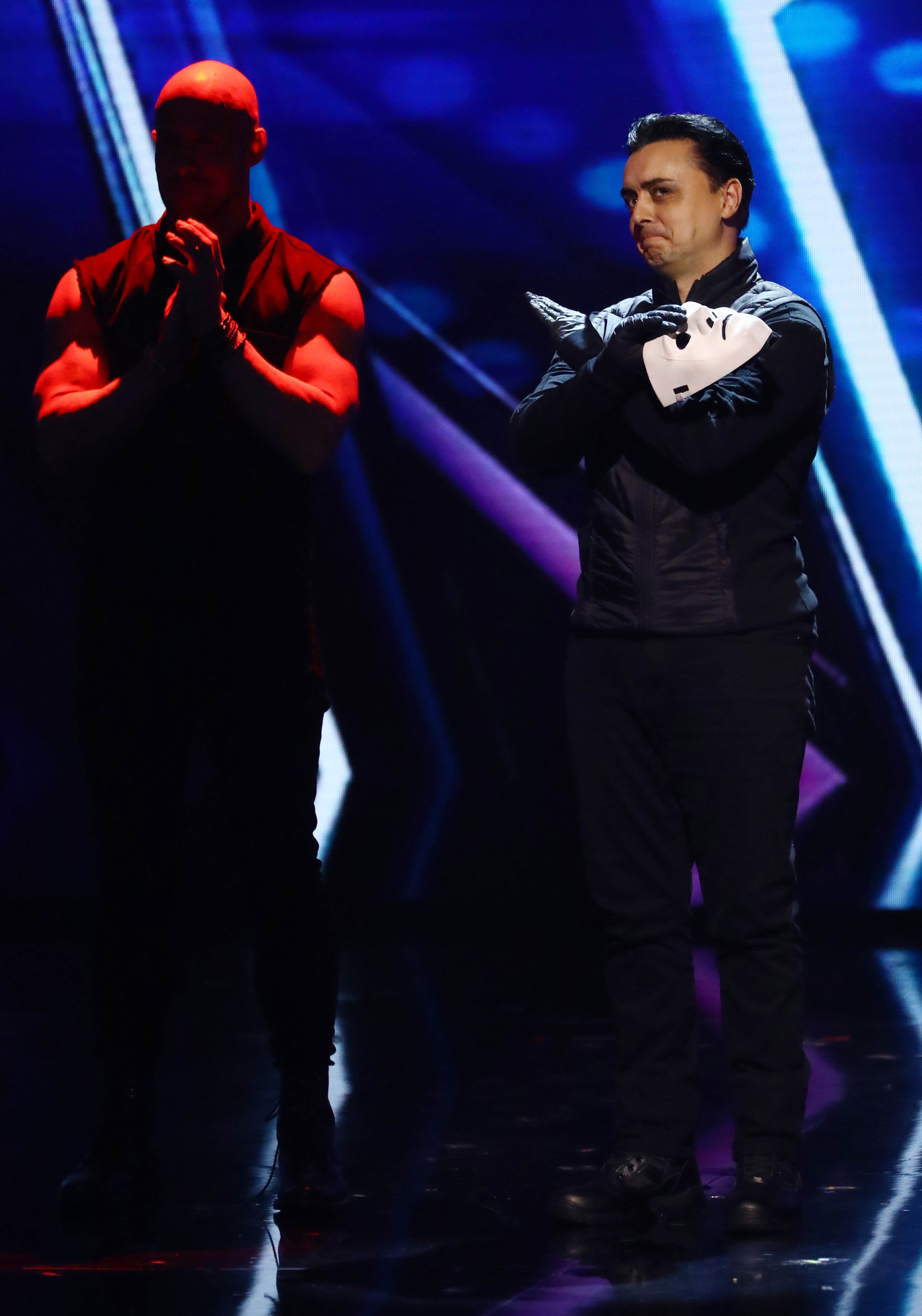 Of his own success, he said: "I was absolutely delighted to take the mask off and reveal myself. It’s a moment I will have until my last breath. It was epic. Standing on that stage with my mask off, the whole theatre standing, I won in that moment, for me, for what I wanted."

The journey to last night's final was an exhausting process, and even featured a name change after Marc didn't like the option chosen by producers. 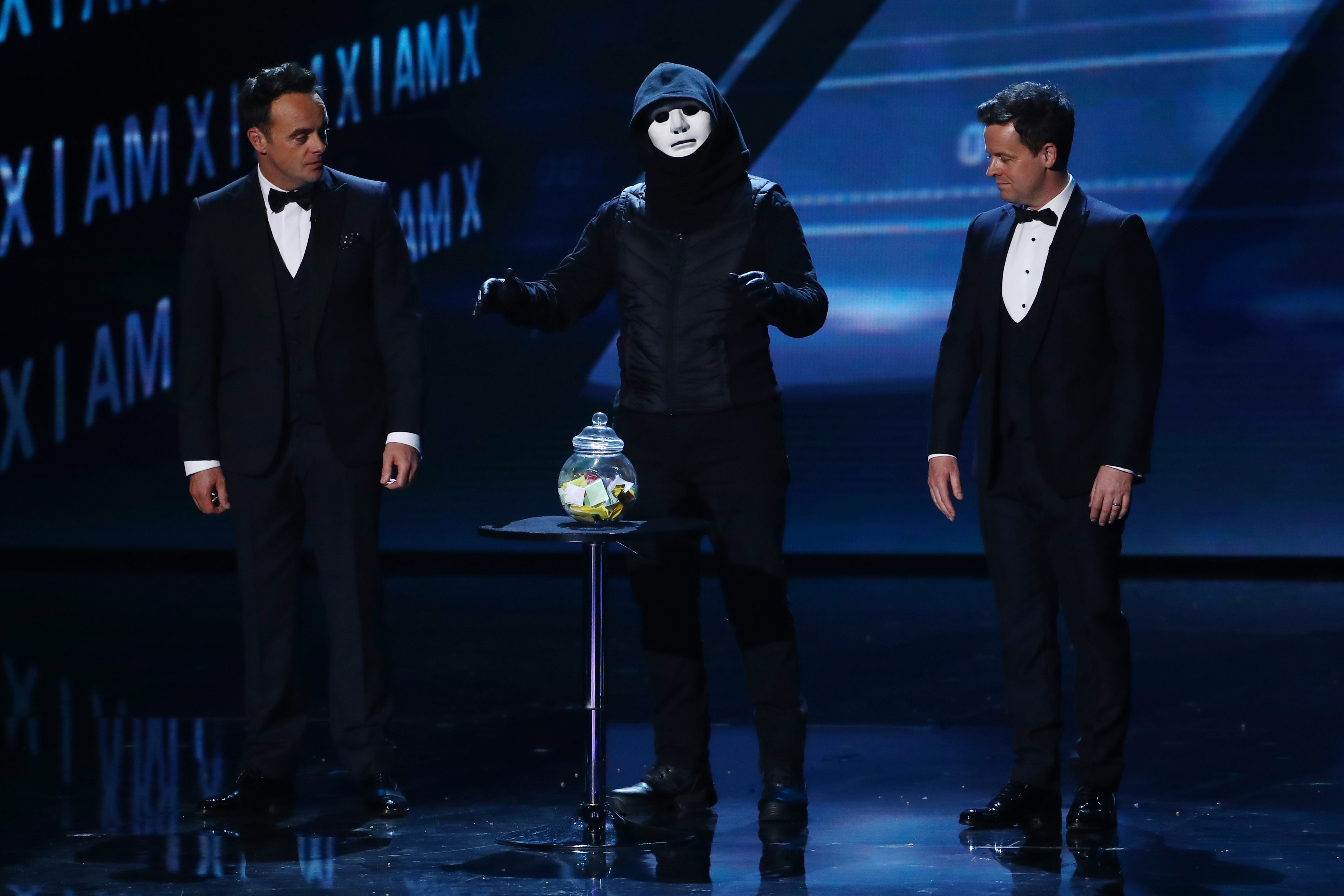 Another of Marc's close friends played a part in the character's creation, with a woman called Melanie providing the vocals for X's videos.
It was a hectic 24 hours for Marc ahead of the series climax. He was awake until 2.30am editing his last video clip before waking at 6.30am to make sure all his preparation was complete.

He is now looking ahead to performing as X again and insists there is plenty more life in the masked alter-ego yet.

We can't wait to see what he does next.