It teamed with Star Trek: Discovery (0.3, 1.69M), teleporting to CBS this fall from CBS All Access, to give the network the overall win in the demo last night. Star Trek grew a tenth from last week’s debut showing.

ABC’s block of game shows returned for its second week and gave the network the win in viewers. The trio swept the top spots in their respective time slots, with Celebrity Family Feud (0.8, 5.02M and the night’s most-watched program) and Press Your Luck (0.7, 3.76M) up a tenth and Match Game (0.5, 3.10M) steady.

Fox was third overall wrapping The Masked Singer and Family Guy repeats around its election special Let’s Be Real (0.5, 1.75M), with the puppet-driven Robert Smigel series taking on the likes of Charlie Rose, Matt Lauer and all things Donald Trump and Joe Biden.

ABC and Fox fast-affiliate numbers may see adjustments later in the day because of local preemptions from the Thursday night Denver-New York Jets NFL game. 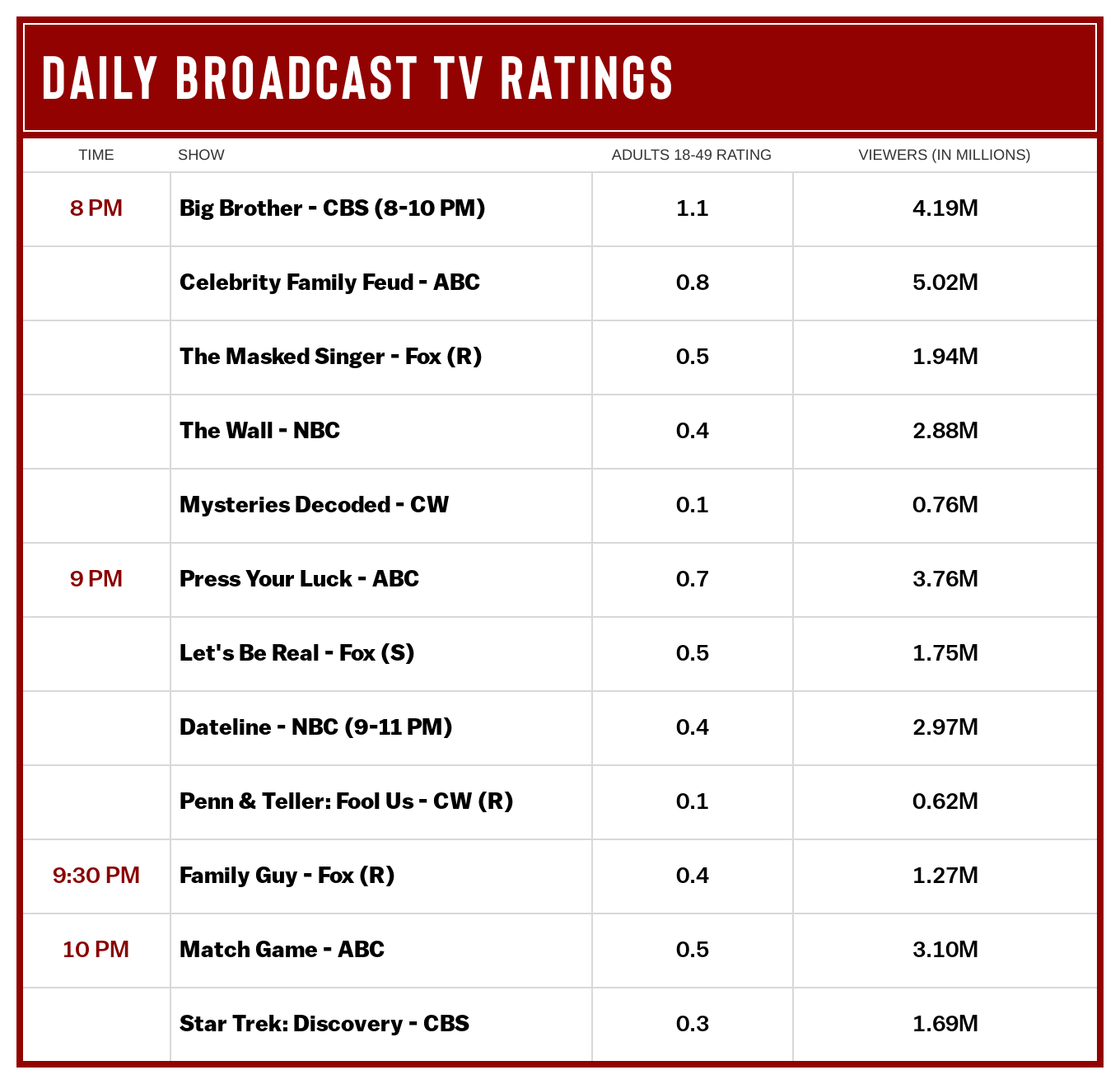