EXCLUSIVE: ABC is rounding out the recurring cast for the second season of its popular drama series Big Sky. Jamie-Lynn Sigler (The Sopranos) is set for a key role along with Madelyn Kientz (The Walking Dead: World Beyond), Troy Johnson (On My Block), Lola Reid (Barkskins), Jeremy Taylor (It films) TV Carpio (Spiderman: Turn Off The Dark) and Arturo Del Puerto (Camping).

In Season 2 of the David E. Kelley series based on the books by C.J. Box, when private detectives Cassie Dewell (Kylie Bunbury) and Jenny Hoyt (Katheryn Winnick) reunite to investigate a car wreck outside of Helena, Montana, they soon discover that the case might not be as straightforward as it seems. As they unravel the mystery of the accident, their worlds will collide with a band of unsuspecting teens, a flirtatious face from Jenny’s past and a vicious outsider hellbent on finding answers. 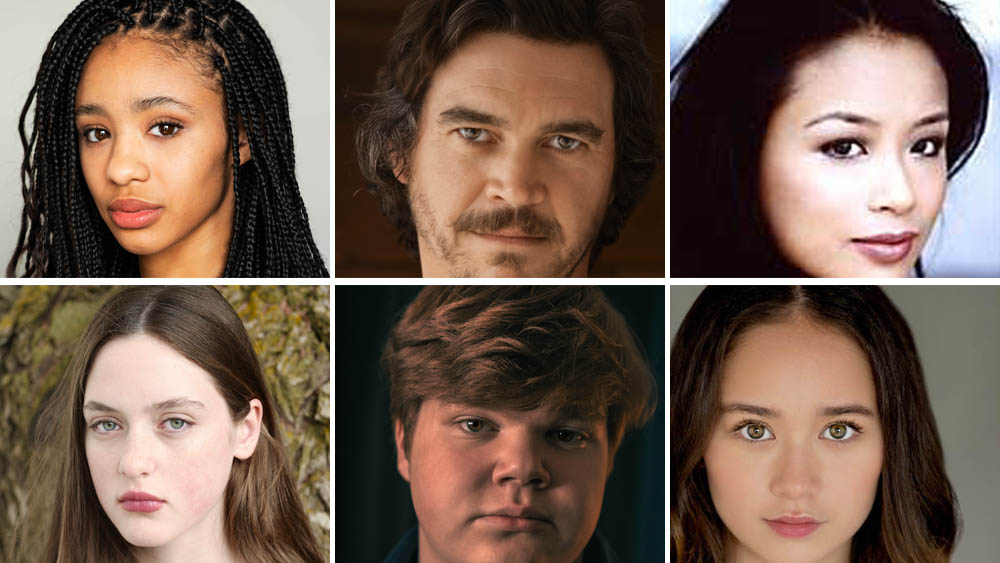 Cast also includes series regulars Janina Gavankar, Brian Geraghty and Dedee Pfeiffer as well as Omar Metwally and Anja Savcic, who have been promoted from recurring to regulars for Season 2, and Jesse James Keitel, a series regular in season 1 who will recur in Season 2.

Sigler will play Tonya, who works as a waitress at a local diner. She and her boyfriend have big plans, that is until he mysteriously disappears. Tonya hires the services of Dewell & Hoyt to find her boyfriend, but she is withholding some secrets of her own. Like all of the women in this town, it would be unwise to underestimate Tonya.

Kientz will portray Max, Cassie’s teenage babysitter, who uses her quiet cool and sarcastic wit to navigate the stormy waters of adolescence. Her close group of friends is a welcome solace from her complicated home life. However, the teens’ bonds will be tested when they witness an unspeakable crime.

Johnson is Harper is Max’s brazenly confident, daring and opportunistic best friend. Harper works after school at her father’s struggling local diner. When she discovers an illicit way out of her difficult circumstances, her and Max’s relationship will be put on edge.

Reid will play Madison, the third musketeer to Max and Harper and the “baby sister” to Bridger, but that doesn’t stop her from throwing her sibling weight around. Taking after her lawyer parents, she’s the most rational and pragmatic friend in the group. Madison’s composure will be pushed to its breaking point as her friends and family are thrown into danger.

Taylor will portray Bridger, Madison’s precocious older brother. He’s close with his sister, who often has to rein in his impulsivity. Bridger lands himself in trouble when he tries to take the teens’ precarious situation into his own hands.

Carpio is Rachel, Max’s mother, a kindhearted woman, stuck in a rut. Despite Rachel’s drinking habit and her turbulent relationship with her boyfriend, Max is the center of her universe.

Del Puerto will play T-Lock, Rachel’s ne’er-do-well boyfriend, oozing with entrepreneurial self-confidence, especially when it comes to his myriad of “get-rich-quick” opportunities. Though he can be a loose cannon, and leeches money off a begrudging Max behind her mother’s back, T-Lock genuinely loves Rachel.

Big Sky, produced by 20th Television and A+E Studios, is moving production to Rio Rancho, NM, for Season 2 from Vancouver, where the first season was shot. Elwood Reid will serve as showrunner, executive producing alongside creator Kelley.

Sigler, known for her role as Meadow Soprano in HBO’s The Sopranos, was recently seen in Lifetime movie The Neighbor In The Window, and will next be seen on the big screen in a starring role in Sonia Sebastian’s The Virgin of Highland Park. She also recently voiced Rebeca on Disney Jr.’s Elena of Avalor. She’s repped by A3 Artists Agency and John Carrabino Management.

Taylor, known for his roles in the It films and Goosebumps 2: Haunted Halloween, will next be seen opposite Rebel Wilson in Senior Year. He’s repped by JRT Management and Paradigm.

Johnson recently appeared in On My Block. She is repped by MC Talent Management and Artists & Representatives.

Kientz can be seen recurring on CW’s Walker and AMC’s The Walking Dead: World Beyond. She also has appeared in indie features including Adventures of Rufus: The Fantastic Pet and C.I. Ape. Keintz is repped by Osbrink Agency, Take 3 Talent, Campbell Agency & Protege Entertainment.

Reid starred alongside Marcia Gay Harden in the NatGeo limited series Barkskins, and played a younger version of Riley Keough’s character in Neon thriller The Lodge. She also starred in the AFI, coming-of-age short film How Does It Start, directed by Amber Sealy. Reid is managed by Carissa Stewart.

Del Puerto was recently seen in HBO’s limited series Camping opposite Jennifer Garner, Juliette Lewis, and David Tennant, and also was recently seen in Apple’s For All Mankind. His film credits include Independence Day: Resurgence, Universal’s Ride Along 2 and CHIPS. Del Puerto is repped by Seven Summits Management and SDB Partners.

Carpio starred in Spiderman: Turn Off The Dark on Broadway, Limitless with Bradley Cooper, The Client List series and various guest starring roles on The Rookie, Bloodline and others. She is repped by Mark Schumacher Management.