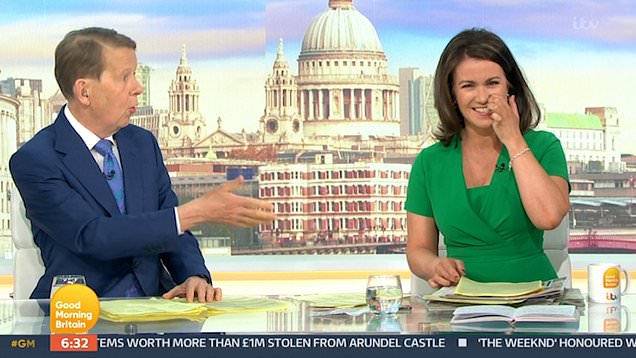 Bill Turnbull made quite an arrival on Good Morning Britain after hilariously making an accidental sex joke with Susanna Reid.

The 65-year-old TV presenter reunited with his former BBC Breakfast colleague Susanna on GMB, which he’ll be guest hosting this week.

Minutes into his first stint on Monday, Bill had the studio and viewers at home no doubt in hysterics after challenging Susanna, 50, to a ‘session’.

‘I got up early, did my yoga so I’m all flexed. I’ve always done that, 10-15 minutes of yoga, get flexed, get the blood flowing. Downward dog and all that,’ Bill told Susanna and Charlotte Hawkins.

He then said: ‘We can have a go later, Susanna.

‘There’s plenty of space here on the floor. Before we finish on Wednesday, we should do a session on the floor.’ 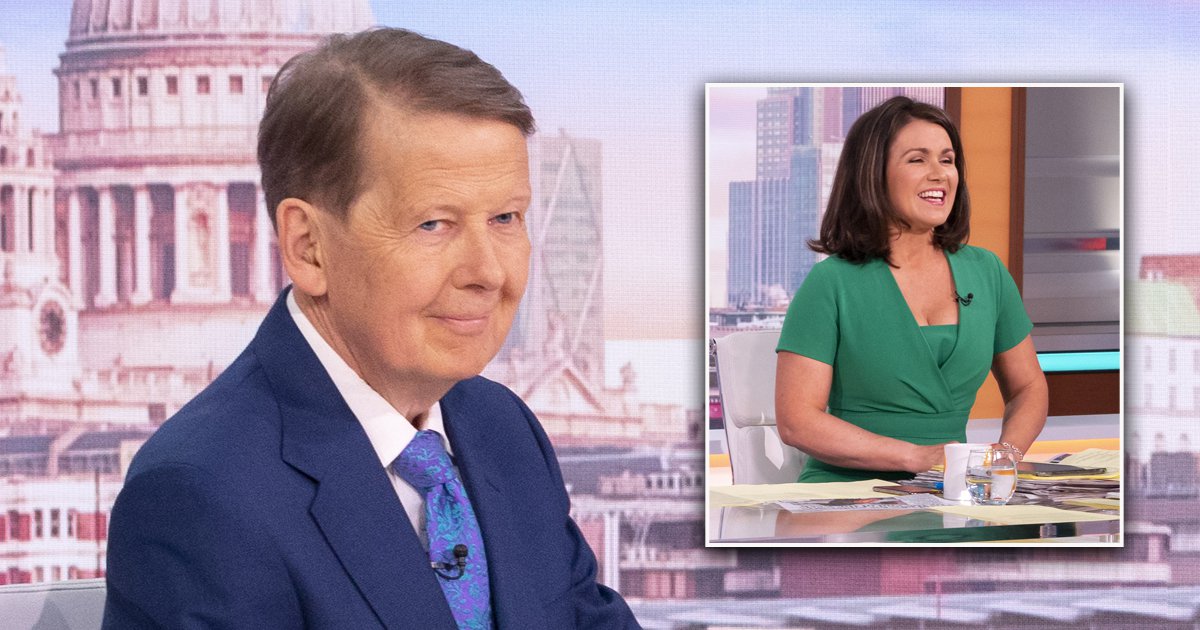 Laughter erupted in the studio as the crew quickly noticed the sexual innuendo in Bill’s unfortunate choice of words.

He promptly corrected himself and said: ‘Of yoga, I mean. Sorry about that.’

‘We have known each other a long time,’ he replied cheekily.

Bill is the latest presenter to host GMB alongside Susanna in recent months after Piers Morgan quit the ITV breakfast show in March. He had received over 41,000 complaints for his comments about Meghan Markle in the wake of her interview with Oprah Winfrey about the royal family.

Susanna and Bill worked together for several years on the BBC before she moved over to ITV more than five years ago.

Good Morning Britain airs weekdays on ITV at 6am.