Black Mirror: What was the inspiration for San Junipero? Charlie Brooker reveals all

Black Mirror first launched back in 2011 as a small, left field anthology series on Channel 4. From the mind of broadcaster and journalist Charlie Brooker, the show gained a cult British following. Following a bidding war, the drama moved to Netflix in 2016 where it was propelled to global success and a worldwide fanbase.

The opening episode of Black Mirror’s first season on Netflix was San Junipero which saw two older women falling in love in a virtual world.

San Junipero marked a distinct tonal shift for Black Mirror from the previous bleak parables that had been the standard fare of the sci-fi series.

Instead, San Junipero was an uplifting tale of love conquering all with the help of technology.

Taking on the dual leads were Gugu Mbatha-Raw as Kelly and Mackenzie Davis as Yorkie with the former nominated for a Gold Derby Award for her portrayal. 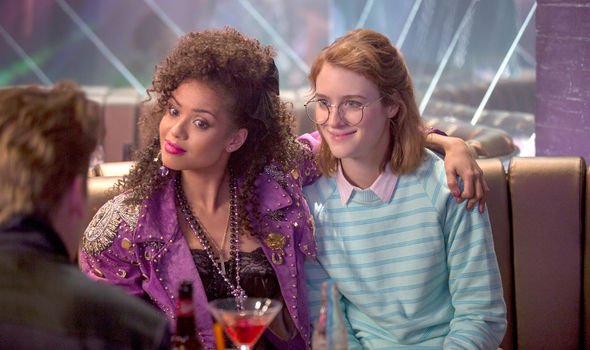 San Junipero went on to win a GLAAD Media Award for its LGBT+ onscreen representation as well as two Emmy Awards for writing and Outstanding Television Movie.

Despite its huge success and being hailed as one of the best episodes ever from the anthology series, creator Brooker revealed he had worries when he started working on the episode.

Speaking in the companion book to the series Inside Black Mirror, Brooker explained: “As usual, I was worried, because I hadn’t really written a love story before.

“From Be Right Back, I learnt that if you keep it simple and you’ve got good actors, people immediately root for them and naturally care about them.

“Still, I was really worried that people would think it was absurd how quickly Kelly and Yorkie fell for each other.

“But, of course, everything gets distilled down to little moments when you’re watching works of fiction!

“So I had to fight a voice in my head that said, ‘It wouldn’t happen like that – they’ve literally met for 10 minutes.’”

He decided to make the central couple same-sex later on in the writing process, saying: “Rather than that feeling like a gimmick, it became both relevant and irrelevant to the story. 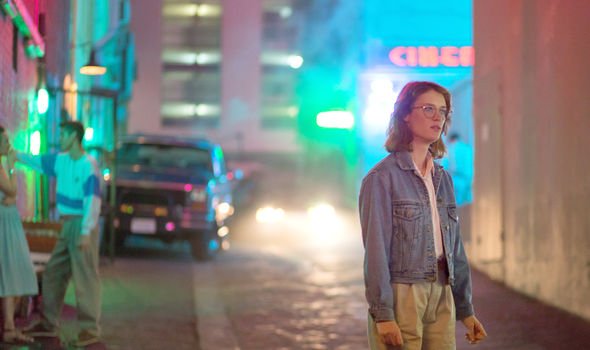 “It informed a whole other layer, because these people couldn’t have got married as two women in 1987.”

Producer Annabel Jones said: “I also love that this is a story about two mature women, finding each other and falling in love.”

Reflecting on how San Junipero came about, he said: “I’d been obsessed with doing a story about the afterlife.

“I wanted to do a sort of supernatural story, and was thinking of spooky, creepy story ideas. So, weirdly, San Junipero had started in a sort of horror movie world.” 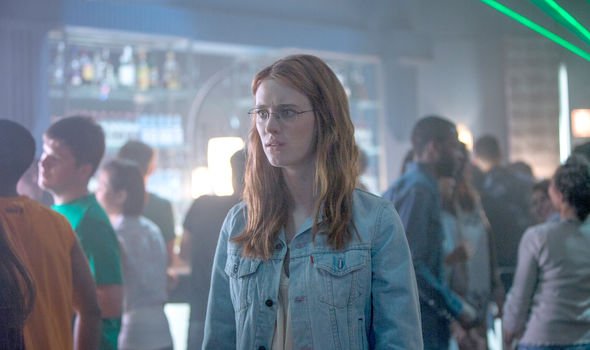 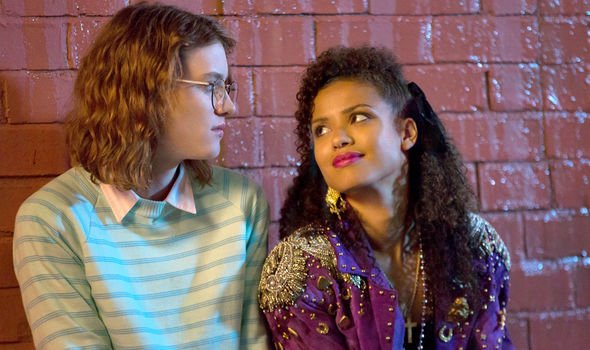 However, the story evolved over time with both Brooker and Jones working other ideas into it.

Brooker said they’d initially discussed a theme park where people could pay to visit their dead relatives but couldn’t do this because it would be too similar to HBO’s Westworld.

Nevertheless, San Junipero continued to develop with Brooker remembering an old documentary in which ageing celebrities in their 70s and 80s lived in a house decorated in a vintage 1970s stye and the psychologically transformative effect it had on them.

“So you can see how all these ideas lined up. At some point, they were all up on whiteboard somewhere. The conversation became quite free-flowing as we bounced from one idea to another.”