Britain’s Got Talent 2019: ‘No NO’ Amanda Holden in big stand-off as she takes on new role Amanda has been involved in Britain’s Got Talent ever since the ITV programme began over a decade ago, and has become synonymous with the reality competition alongside music mogul Simon Cowell.

Giving her own personal brand of comedy and input about the varied contestants, Amanda has become a favourite on the panel.

Yet tonight the judge made a surprising move when she got up on stage at the request of one hopeful – 34-year-old magician and entertainer Graeme Mathews.

Amanda was open to whatever tricks and comedy the hopeful was set to throw at her, but there was one moment the actress nearly put her foot down.

The Essex-born contestant was grinning away as he announced: “Now I need a glamorous assistant.

“Amanda could you join me on the stage?”

The magician managed to prompt various outbursts of laughter from children’s author David Walliams, and singer Alesha Dixon seemed to be enjoying the act almost as much.

Yet Amanda furrowed her brow at many of Graeme’s jokes, particularly as they were almost all a fraud.

Unimpressed, Amanda refused to believe the magician’s final act of magic, concerned at his request.

Graeme had asked the judge to tip a cup of water upside down over her carefully pinned and tucked hair do. 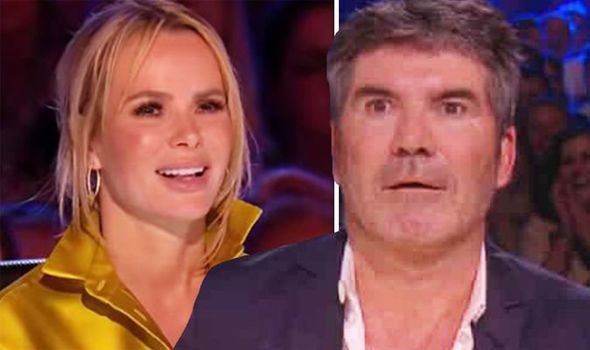 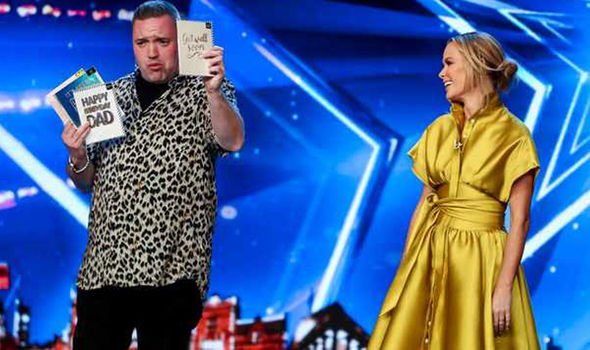 Trust me Amanda I’m a magician!

The act had pretended his plastic cup magically emptied when in fact he had sneakily drunk it, so his insistence wasn’t instilling much hope.

“Trust me Amanda I’m a magician!” he declared with a cheeky grin.

“No,” Amanda responded uneasily, and Simon could be seen sporting a similar expression.

“It still feels heavy, no!” Amanda cried once more, but Graeme ordered her to do his bidding.

“Three, two, one…” he began, and Amanda threw caution to the wind. 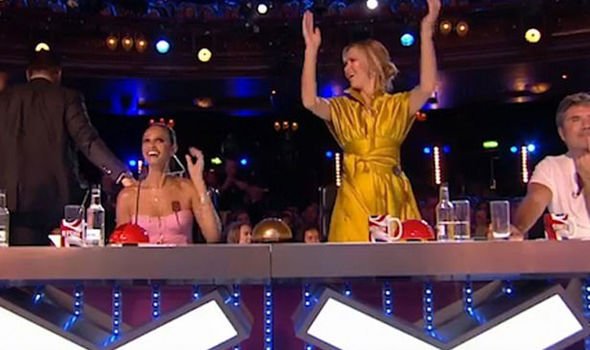 In an extraordinary twist, not a single droplet of water came out of the cup, and the judge’s tresses and satin golden dress were saved any damage.

“That is magic!” she declared in shock.

Delighted at his crowning trick, the entertainer announced: “Ladies and gentlemen, three cheers for Amanda!”

Tonight’s show also features an attempt to break the Guiness World Record for the number of chairs you can balance on your chin.

Britain’s Got Talent airs tonight at 8pm on ITV.