Brooklyn Beckham has been poked fun at over his cooking skills while making a sandwich on the Today Show.

David and Victoria Beckham's son faced being mocked on Twitter as viewers cringed watching him put the sandwich together. 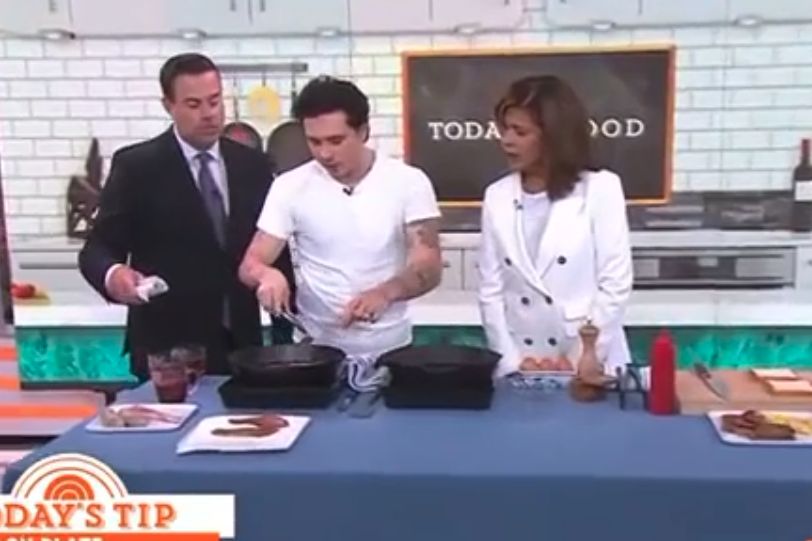 The 22-year-old has fans of the show in disbelief as he took part in the cooking segment with hosts Hoda Kotb and Carson Daly.

On the show on Wednesday morning, Brooklyn shared his own 'recipe' for how he makes an English breakfast sandwich.

Live-on-air fans couldn't believe he was choosing to "assemble a sandwich" instead of cooking something.

The food frenzy went down on Twitter as trolls with nothing nice to comment debated Brooklyn's cooking skills and techniques.

One ranted: "Actual chefs: train for years to perfect flavour and skill. Brooklyn: son of famous people who whacks s**t in bread."

Another vented: "This has got to be a joke. Always wanted to be a chef, you can’t even cook an egg."

"Brooklyn Beckham (son of David & Victoria) came on Today show to share his (new) passion for cooking,' one commented. 'He made a breakfast sandwich. With a ketchup drizzle."

"I'd be embarrassed if I were @brooklynbeckham. Making a breakfast sandwich with ketchup on the Today Show," said another troll.

Piers Morgan also had his opinion to share and wrote: "Worst, most unutterably pointless segment in morning television history?"

Brooklyn said his cooking interest was new at the start of his segment detailing how he began making food from scratch more in lockdown last year.

He said on the show: "I've always loved food and obviously when quarantine hit I just really started to get into it.

"My fiancee (Nicola Peltz) started filming me and I started posting it and it's just something I love doing." 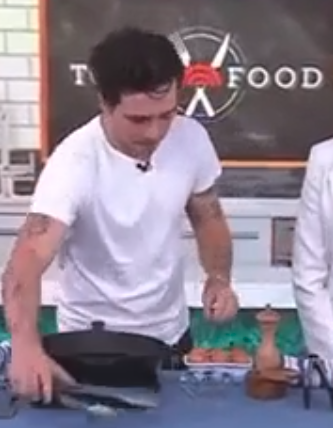